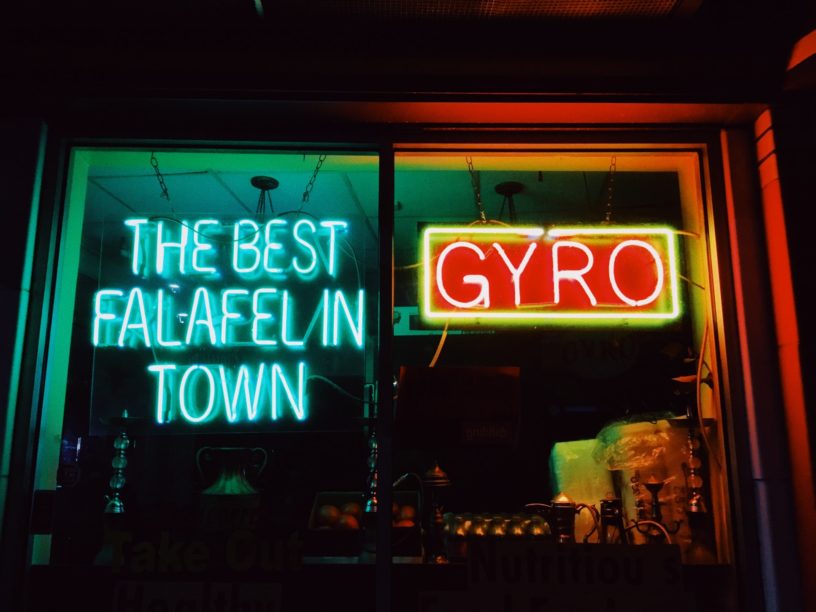 Falafel lovers will be pleased to know that Paris is a bit of a Mecca for these herby, spicy chickpea balls.

As with anything, you need to know where to go in order to find the best of the best. During my many years living in the city I’ve hunted down more good falafel than I can remember. Here is what I know for sure:

L’As du Fallafel is perhaps the most notorious of falafel joints in the French capital. People come from far and wide to eat falafel here, which explains the seemingly perpetual queue that spans out into the street from the shop entrance.

This is mostly thanks to Monsieur Lenny Kravitz, who visited L’As du Fallafel a few years ago and made a big deal about his enjoyment of the food there. This put the shop on the radar of just about every foreigner looking to visit the city in the near future. 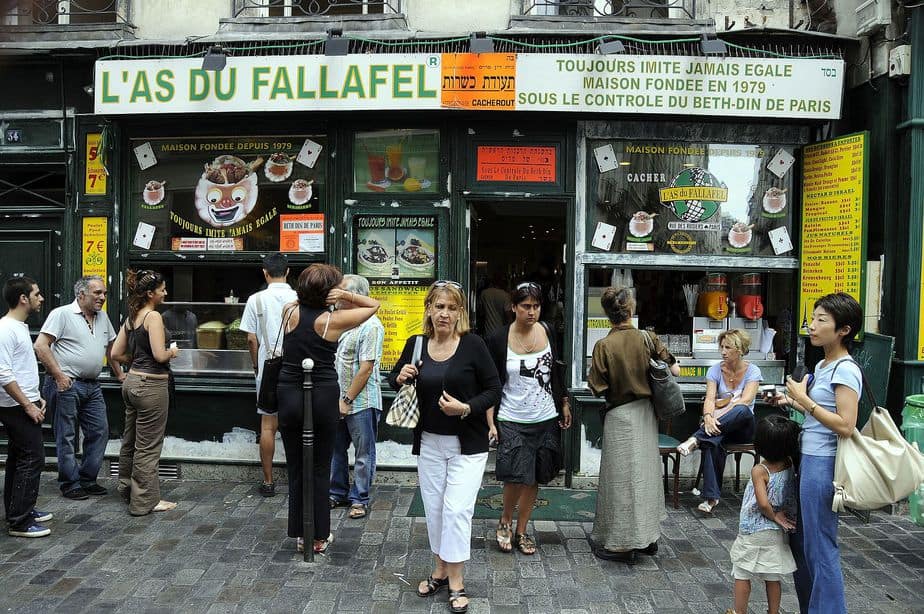 Lenny’s judgement aside, this is undoubtably the best falafel in the city. It’s perfectly spiced, never dry, consistently tasty and the fresh ingredients pair perfectly, every time.

You’ll have to walk and eat! There is little to no space inside of the shop, and the chaotic nature of the space will makes sticking around longer than necessary quite unappealing.

It took me months before I finally decided to make the long journey south to la Maison du Falafel in the 13th arrondissement. I must now recommend that all readers do the same. 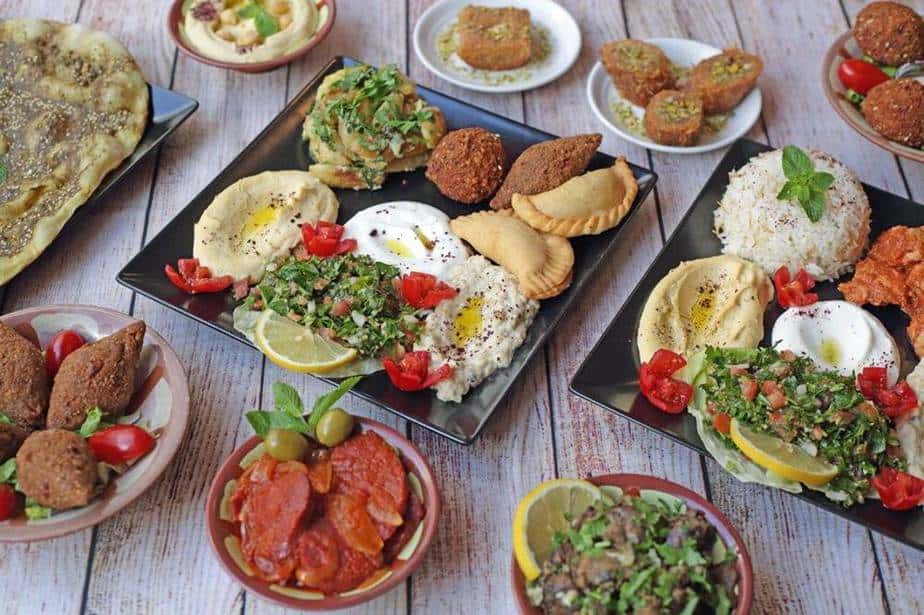 This is a Lebanese restaurants where the menu is centered around the most delicious, and biggest, falafel balls this side of the Seine. The balls are served plated, and you’ll choose your preference of salads, dips and breads to go with your meal.

Most of the menu is unintentionally vegan, and meat eaters have their choice of kebabs as well.

Despite being open until 11pm, I prefer le Petit Falafel as a lunch spot in Oberkampf/Canal Saint Martin.

As the name suggests, this is but a small falafel shop where you can choose from a basic menu of either plated or wrapped falafel. I recommend you don’t hold back, and opt for the grande mezze plates with everything on it. It will set you back just €9.50. 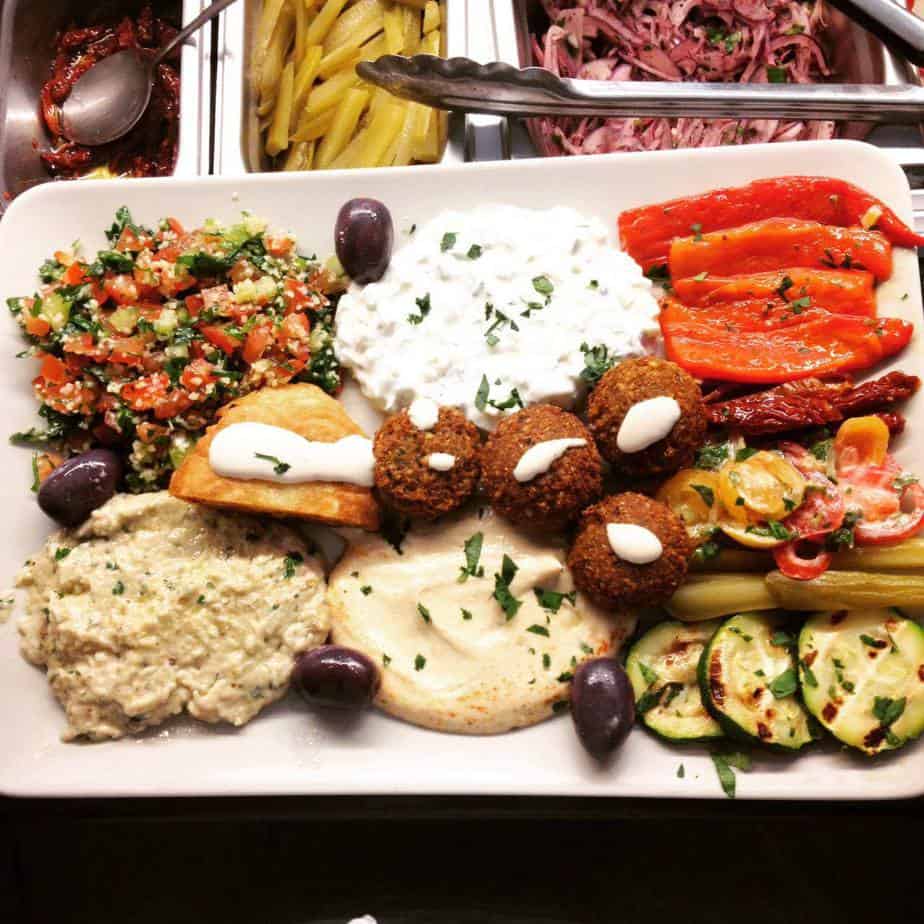 The sandwiches go for just €6. Everything is generously portioned, usually with leftovers for later in the day.

No cards are accepted here for payment — bring cash!

The Falafel Cafe is back in le Marais. The name does well to explain basically everything you need to know about this tasty spot.

While falafel is definitely the main event here, the menu is actually extensive Lebanese with all of the traditional dishes on offer as well. This would probably be the closest competition for the best falafel in Paris against L’As du Falafel just a short walk away. 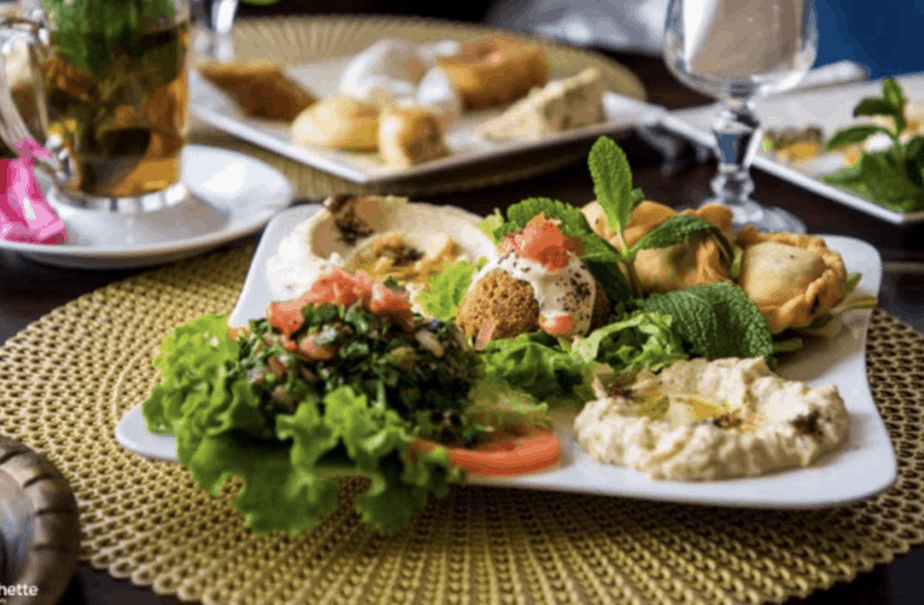 The serves in Falafel Cafe are multilingual, making ordering very easy for people from all over the world.

Maoz will always make the cut for some of the best falafel in every European city. There’s usually one or more of these falafel shops in the major cities around the continent; Amsterdam has over ten branches, while London has just one.

There are two Maoz branches in Paris, both of them on the immediate Left Bank of the city center. 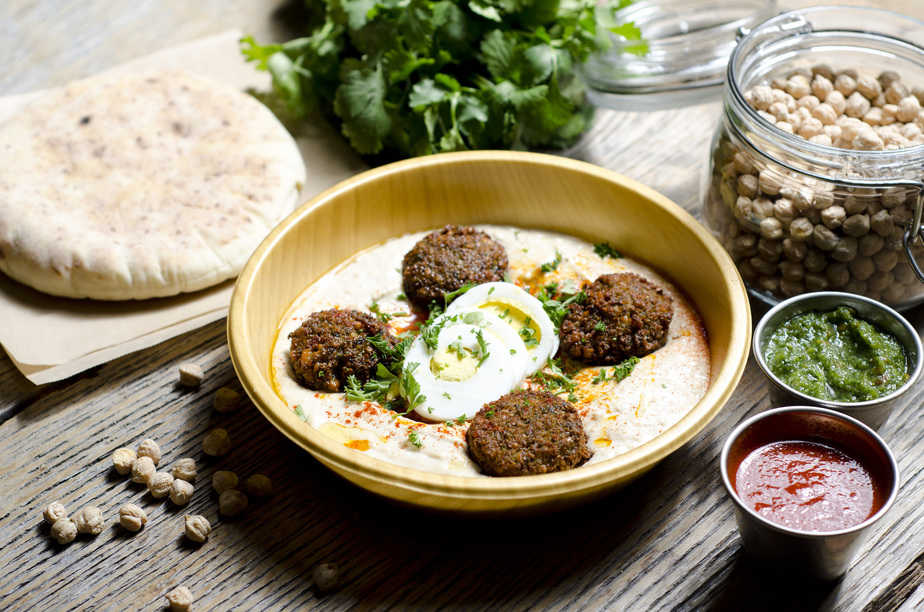 Maoz in Paris – by Maoz – Sourced from their website

Maoz is a grab-and-go concept in which the only thing on the menu is either a falafel shawarma or a falafel plate. You’ll order your size, choose your premium ingredients and sauces, & then make your way over to the DIY buffet with all of the toppings you can imagine.

The buffet is free for the duration of your meal, meaning you can eat your falafel at your leisurely pace and continue to top up on certain ingredients as you go.

I should also mention Maoz is incredibly cheap, coming in at little over €5 per meal.

Closer to the 10th arrondissement, the Daily Syrian is a take out restaurant that prepares a display of fresh Middle Eastern food every morning for sale throughout the day.

Falafel is one of their main dishes, and you’ll have it served on a plate with all of the sides of your choosing. Alternatively, it can be put into a wrap, too.

This is Syrian style falafel. As a foreigner you might not notice a big difference in flavor, but local Syrians and Middle Eastern people in general probably will.

Regardless, their falafel is never dry, which is always my biggest concern with this cuisine.

Now that you know exactly where to get the best falafel in Paris, consider gaining the best perspective of the city as well. There are free guided walking tours that depart from nearby almost all of the falafel spots mentioned above. Book your slot for your trip in advance!