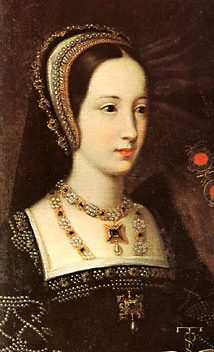 Mary I, also called Mary Tudor, by name Bloody Mary, was born on 18th  February 1516, at Sheen palace, near London, England and lived there until when she died on 17th November 1558.

She was popularly known as Bloody Mary for her persecution of protestants in attempt to restore Roman Catholicism in England.

She was born on 18th February 1516, Sheen Palace, London, Surrey, Kingdom of England.

She was the fifth child of Henry VII of England and the Spanish princess Catherine of Aragon, and the youngest to survive infancy.

A studious and bright girl, she was educated by her mother and a governess of ducal rank.

2.She was declared Illegitimate by her own Father Henry VIII

Being the only surviving child of Henry VIII and Catherine of Aragon, She was effectively bastardized when her father divorced her mother in order to marry Anne Boleyn.

Her father, Henry VIII, claimed that the marriage had been incestuous and illegal, as Catherine had been married to his late brother, Arthur.

The pope, however, refused to recognize Henry’s right to divorce Catherine, even after the divorce was legalized in England.

In 1534 Henry broke with Rome and established the Church of England. The allegation of incest in effect made Mary illegitimate.

Anne, the new queen, bore the king a daughter, Elizabeth, the future queen, forbade Mary access to her parents, stripped her of her title of princess, and forced her to act as lady-in-waiting to the infant Elizabeth.

Anne’s hatred pursued Mary so relentlessly that Mary feared execution, she neither admitted the illegitimacy of her birth nor entered a convent when ordered to do so.

3.She had her Own Household at Age of Six

At age six, she was given her own household, complete with staff of gentlewomen assigned to wait upon her. She also had her own schoolmaster, and a physician.

She was given instruction in french and latin, and she was taught music,  dancing, and embroidery.

As children, Mary and her brother, the future King Henry VIII, shared a close friendship. surviving child, the future Queen Mary I, in her honor.

They lost their mother when Mary was just six and, given the number of bills paid to her apothecary from 1504 to 1509, it would appear that Mary’s own health was fragile.

Henry’s affection for his sister, saved Mary and her lover Charles from execution after they held their wedding behind his back.

5.Her First Marriage Lasted for less than Three Months

At the age of 18, Mary married the 52-year-old King Louis XII of France at Abbeville, after Cardinal Wolsey negotiated a peace treaty with France, and on 9 October 1514

King Louis had no living sons from two previous marriages and sought to produce one with Mary.

But he died on 1 January 1515, less than three months after marrying Mary, reputedly worn out by his exertions in the bedchamber, but more likely from the effects of gout. Their union did not produce any child.

After Louis’s death, the new king Francis I made unsuccessful attempts to arrange a second marriage for the beautiful widow with no success.

6.She Married Charles Brandon, 1st Duke of Suffolk in her Second Marriage 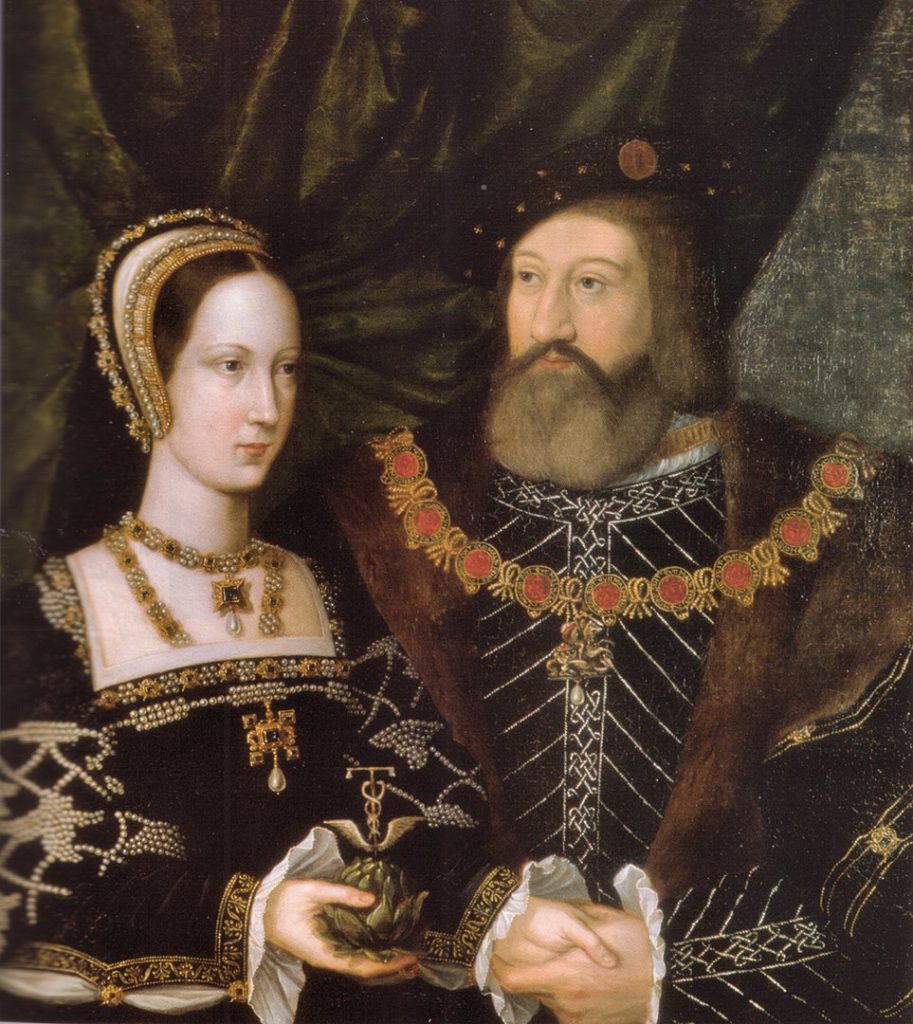 Mary was unhappy in her first marriage because she was already in love with Charles Brandon, 1st Duke of Suffolk.

King Henry VIII was aware of Mary’s feelings, letters from her in 1515 indicated that she had agreed to wed Louis only on condition that “if she survived him, she should marry whom she liked.”

King Henry VIII sent Brandon to bring Mary back to England in late January 1515, he made the Duke promise that he would not propose to her. Once in France, Mary persuaded Charles to abandon that pledge, Charles wrote to the King stating he “never saw a woman so weep.”

The couple wed in secret at the Hotel de Clugny in Paris on 3 March 1515 in the presence of just 10 people, among them King Francis I. Technically, this was treason as Charles Brandon had married a royal princess without King Henry’s consent.

Thus Henry was outraged, and the Privy Council urged that Charles be imprisoned or executed.

But Mary as royalty and the King’s favorite sister, was saved from execution.

Thomas Wolsey intervened and because of Henry’s affection for both his sister and Charles, the couple were given only a heavy fine of £24,000, to be paid to the King in yearly instalments of £1000.

Mary was Charles Brandon’s third wife, and he had two daughters, Anne and Mary, by his second marriage to Anne Browne, who had died in 1511.

Mary and Charles had , two daughters and two sons.

7.She Reconciled with her Father

Anne fell under Henry’s displeasure, he offered to pardon Mary if she would acknowledge him as head of the Church of England and admit the “incestuous illegality” of his marriage to her mother.

She refused to do so until her cousin, the emperor Charles, persuaded her to give in, an action she regretted deeply. Henry was reconciled to her and gave her a household befitting her position and again made plans for her betrothal.

8.She had a Great Linguistic Ability and Melodious Voice

Later, she became the most important European princess. Although plain, she became a popular figure, with a fine contralto singing voice and great linguistic ability. She was, however, not able to free herself of the epithet of bastard, and her movements were severely restricted. Husband after husband proposed for her failed to reach the altar.

Upon the death of Edward in 1553, Mary fled to Norfolk, as Lady Jane Grey had seized the throne and was recognized as queen for a few days. The country, however, considered Mary the rightful ruler, and within some days she made a triumphal entry into London. At 35 year, she was forceful, sincere, bluff, and hearty like her father but, in contrast to him, disliked cruel punishments and the signing of death warrants

She longed to bring her people back to the Church of Rome and to achieve this end, she had to marry Philip II of Spain, the son of the emperor Charles V.

Those English noblemen who had acquired wealth and lands when Henry VIII confiscated the Catholic monasteries had a vested interest in retaining them, and Mary’s desire to restore Roman Catholicism as the state religion made them her enemies.

For three years rebel bodies dangled from gibbets, and heretics were relentlessly executed, some 300 being burned at the stake. Thenceforward the queen, now known as Bloody Mary, was hated, her Spanish husband distrusted and slandered, and she herself blamed for the vicious slaughter. An unpopular, unsuccessful war with France in which Spain was England’s ally, lost Calais, England’s last toehold in Europe.

10.She was Given a Lavish Ceremony 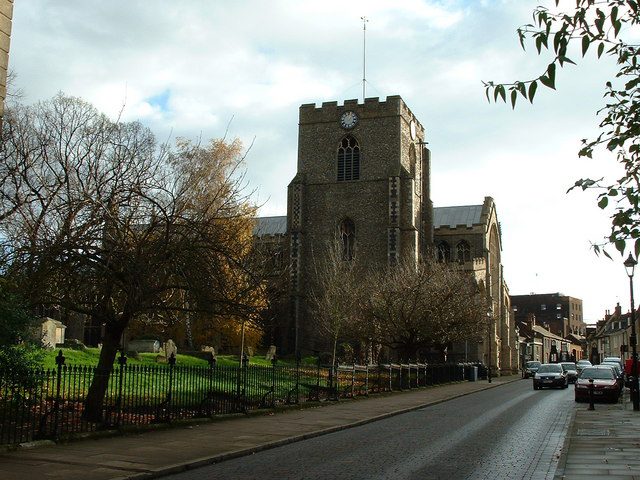 On 22 July 1533, a delegation from France joined the English delegation for the lavish funeral ceremony. Her daughter Frances was chief mourner, accompanied by her husband and siblings. As was tradition, neither Mary’s husband nor her brother the king attended.

The funeral procession had 100 torch bearers, clergy carrying the cross, six horses pulling the hearse, other nobility and 100 of the duke’s yeomen. A requiem mass and burial at Bury St. Edmunds Abbey followed the next day.