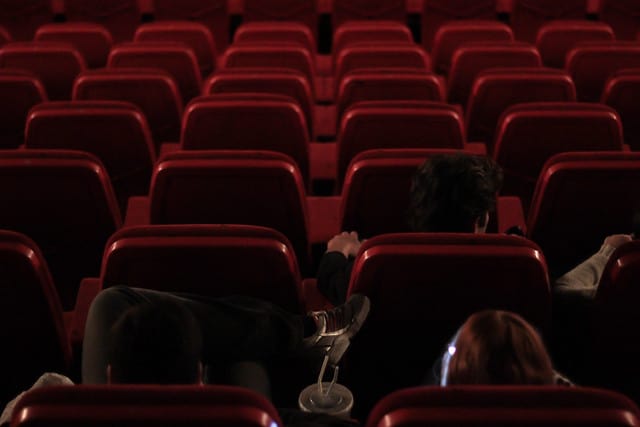 I may be known to my closest friends and family as a bookworm, I do love a good film as well. I love a little bit of controversy now and then, too. And, to be honest, give me anything French and I’m a happy girl. So, you can imagine that I was excited to begin working on this article.

Have you ever driven past a car accident, but couldn’t bring yourself to look away from the horrors because you were curious? I think it’s safe to say that as humans, most of us have experienced this feeling.

Most of the films below are hard to watch, but in a “This is difficult…but I can’t look away!” kind of way. I came across a lot I could have included on my list, as it turns out the French are no stranger to controversial movies! But, to keep things simple, I’ve narrowed it down to just a few.

Keep reading for what I think are the top 7 most controversial French films!

Warning: some of the trailers shared below may include graphic images.

Belle de Jour, written and directed by Luis Buñuel and starring Catherine Deneuve, tells the story of a woman who feels compelled to become a high end prostitute. The first time I read the premise of this film I couldn’t help but laugh, but it’s technically not a comedy.

The story goes that Séverine (Deneuve), is happily married but feels unsatisfied with her sex life. Her solution? Become a daytime prostitute so that she can live out her fantasies while her unknowing husband is at work. Are you laughing too? If you were feeling unsatisfied in your sex life, would your natural choice be to become a prostitute? I’m going to assume, no.

Despite the obviously 1960s era chauvinistic undertones, the aesthetic of the film are beautiful, and the end is exciting. The plot itself is what makes this film controversial, but the the visuals aren’t as shocking as the others on my list.

Love is a 2015 film written and directed by Gaspar Noé. You may recognize Noé’s name as he has had much success in the film industry, notably winning awards at the Cannes Film Festival for his other films I Stand Alone and Climax.

I won’t spoil the entire story for you, but I will say that most of the film is filled with Murphy’s flashbacks of his relationship with Electra and Omi. So, what makes this film controversial? The three had a taste for sex, partying and drug use, and the images can be intense at times. According to Noé, many of the sex scenes were unstimulated as well.  How’s that for controversial?

I remember when Blue is the Warmest Color first came out in 2013, I went to see it in theatres and I absolutely loved it. This coming of age drama stars Léa Seydoux and Adèle Exarchopoulos, two actresses that you should start watching as soon as you finish this article.

Written and directed by Abdellatif Kechiche, the film follows the story of Adèle, a high school student that falls in love with a painter named Emma. The story itself is controversial as it graphically depicts sex scenes between the two female characters. But, many critics say that rather than focusing on real relationships between women, it focuses too much on a straight man’s depiction of what lesbian romance entails.

Before the film was released, there was also controversy surrounding Kechiche’s methods. Apparently, everyone involved in the film experienced harsh working conditions, which including working long hours and receiving harassment from the director. Both Seydoux and Exarchopoulos have said that is was “horrible” working with him, but were overall happy with the film and don’t regret the experience.

This film is probably the…softest on my list, as it doesn’t have any graphic, violent or explicit sex scenes. That being said, the subject of Beau-père is quite controversial.

The film stars Patrick Dewaere and Ariel Besse, and was written and directed by Bertrand Blier. Blier actually based the film on a novel of the same name that he had written years before. It tells the story of a 30 year old man, Rémi, that falls in love with his 14 year old stepdaughter, Marion, after her mother is killed in a car crash.

Marion falls in love with Rémi and begins to make sexual advances towards him, despite her age. The film is obviously controversial for this reason, as the two characters become more and more intimate as the film progresses. There are some definite Lolita by Vladamir Nabokov vibes. You’ve been warned!

This could be the most controversial film on my list for the title alone: Baise-moi can translate as Rape Me, although the directors have rejected this translation. Baiser in French can also mean to kiss, or to have sex, which is a fairer translation.

Baise-moi was written and directed by Virginie Despentes and Coralie Trinh Thi, and is based on a novel by Despentes. It is considered to be a revenge story, and after you watch, you’ll see why. The film features explicit sex scenes and a lot of violence, which is why it is on my list.

The film tells the story of Nadine and Manu, both women involved in sex-work. The pair are extremely violent, and decide go on a rampage to get revenge for various things that have happened to them.

Baise-moi is banned in many countries across the world including Malaysia, Singapore, and until very recently, Australia.

Romance, written and directed by Catherine Breillat, is an arthouse film that was released in 1999. Arthouse refers to films that are meant for niche markets, rather than mainstream audiences. The film is considered controversial, mainly because of the unstimulated sex scenes between the actors. Arthouse films are usually not strangers to controversy.

The story is about a woman named Marie that is in an unhappy relationship with her boyfriend. She decides to leave him in the pursuit of casual and intense sex with strangers. Marie eventually meets a man named Paolo, and the film follows her story. The end of the movie is pretty difficult to watch, but I’ll let you all see that for yourselves.

If it feels like all of these films have to do with adventurous sex, it’s because it’s true. I guess that’s what it takes to be a controversial French film!

Fat Girl is another film written and directed by Catherine Breillat, only this time it’s a little less arthouse-y. But, that doesn’t mean it’s not controversial all the same!

The story follows 2 sisters, Anaïs and Elena. Elena is older, attractive and plans to save herself for her first true love. Anaïs is younger, heavy set, and is determined to lose her virginity to someone she doesn’t care about.

The film follows their adventures through a seaside town during their summer vacation. The ending is absolutely insane and unexpected, so definitely watch it all the day through to see what happens.

Controversy surrounded the film after its release, especially in Ontario, Canada. It was banned completely in Ontario, and was restricted to adult audiences elsewhere in Canada and around the world. The ban was eventually lifted in 2003.

I hope I haven’t scared you away from French cinema with this list of the top 7 most controversial French films! However, if you’re anything like me, you’ll walk away from this article feeling intrigued.

Have you ever found yourself sitting in front of Netflix, or your television, without a clue in the world what to watch?! Save this blog for the next time you find yourself in that position!

If you want to discuss French cinema with a real, live, French person, why not sign up for one of our walking tours in Paris? All of our guides are locals, and I’m sure they’ll be able to tell you even more about French films than I just did! Click here to learn more.