Top 5 Free Things to do in Normandy 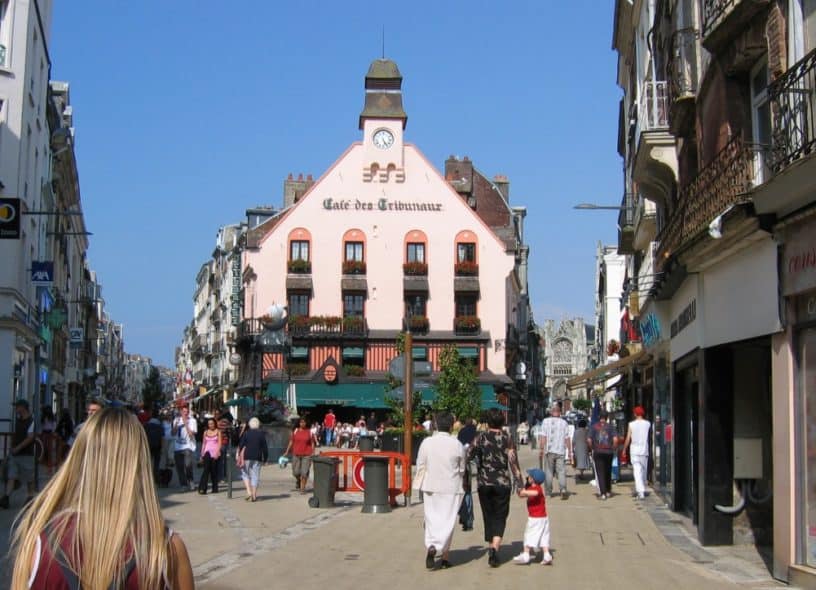 Top 5 Free Things to do in Normandy

Normandy is the giant piece of earth directly west of Paris. It’s where locals and tourists flock in the summer months to take advantage of the long spanning beaches and cliff sides that this beautiful piece of nature has to offer.

Unbeknownst to some, Normandy is also a residential community complete with villages and towns across the land. Believe it or not there is a lot to do in these parts, and many of them won’t actually cost you anything but your time. 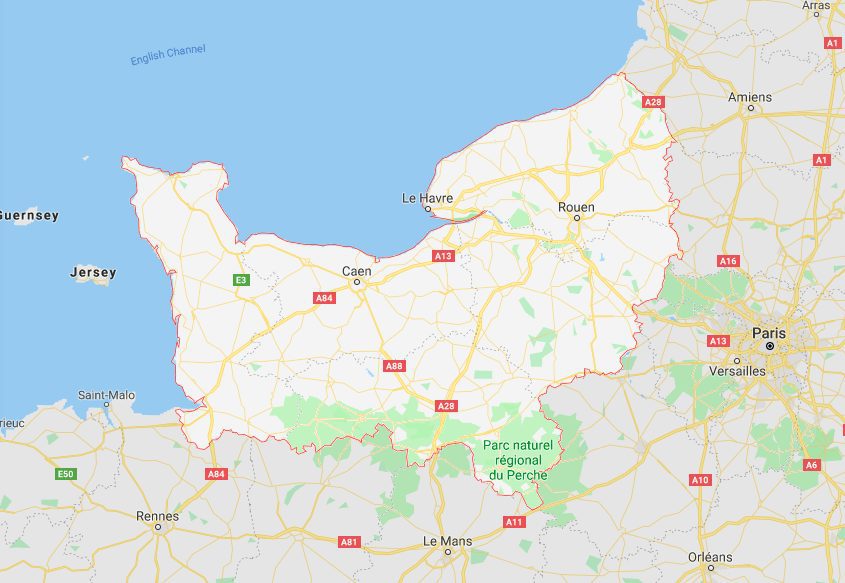 The simplest way to get yourself into Normandy’s center is to catch the train from Gare Saint Lazare in Paris’ 9th arrondissement. The day trip will take a total of two hours and there are numerous trains going to and from Normandy and Paris throughout the day — making it an ideal destination for a day trip.

Here are five things you can get involved in during your visit to Normandy that are absolutely free.

1. The Beach in Normandy, Of Course!

All of the beaches along Normandy’s coast are free to explore and enjoy. In fact, all natural wonders in Normandy are free to the public, provided you can get yourself to and from them.

The coast offers a range of wonders; from sandy beaches ideal for tanning, to cascading bluffs and incredible plant life along the waters edges. Some of the coast is even ideal for hiking, if that is of any interest to you. 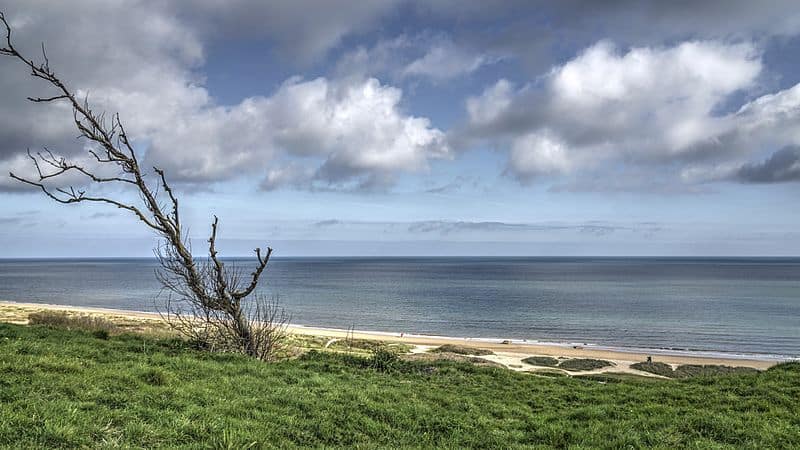 Amidst the beaches of Colleville-sur-Mer you’ll also find the very powerful Normandy American Cemetery. This is an honorary ground for American troops who lost their lives in Europe during World War II.

The cemetery is beautiful and near the waters edge. It is completely free to enter and explore.

An unmissable sight along Normandy’s coast is the Pointe du Hoc. This is a grand cliff that overlooks the English Channel. It represents one of the highest points on the French coast and is a beauty to witness.

2. Explore the Churches of Normandy

Blinded by the presence of the beach, few people even know that Normandy has some of the most beautiful ancient churches in all of France.

Not only are they old, they are architectural wonders that actually outshine a lot of churches in Paris’ center when it comes to aesthetics .

Rouen is a Normandy town en route to the center, right along the Seine. It has a Notre Dame Cathedral of it’s own, and though smaller than the headliner over in Paris, equally as astounding to see in person. 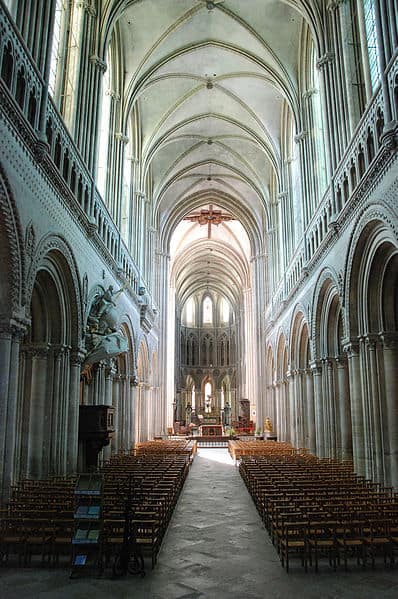 Closer to the water in the town of Bayeux is another Notre Dame Cathedral in the same gothic style. This is the smaller of the three but, again, a must see for anyone who appreciates the gothic style of European churches.

Between the two towns there is a village called Caen where one finds the L’Abbaye-aux-Hommes, a church and monastery built in 1063. Yes, you read that date correctly, It’s ancient and a wonder to see in the middle of the French countryside.

All churches in Normandy are free to enter.

Meadows, streams and lush plant life are standard across hundreds of hectares of land in Normandy. 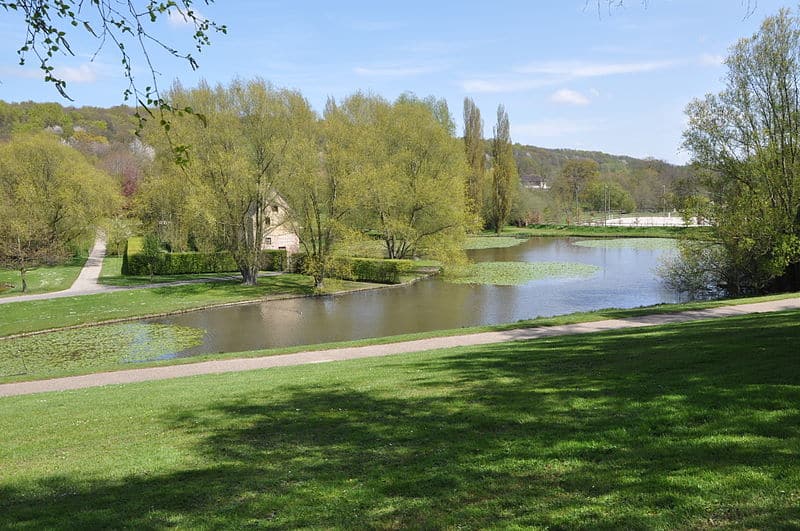 The Rouelles Park is found an an old Normandy farm site. If you were dropped here blindfolded you’d never believe that this part of the world exists just two hours from a major city center.

You need to note that the Rouelles Park in Normandy is open seven days a week, but only between 2pm and 7:30pm each day. There is no access to the public during the morning and early afternoon hours.

4. Hit the Museums in Normandy on the First Sunday of the Month

Because of Normandy’s rich history and involvement in the war, most of the museums and educational centers require an entrance fee year round.

However, just like in Paris, many of the museums take part in the free entry on the first Sunday of the month ritual, allowing travelers from all over the opportunity to explore without paying. 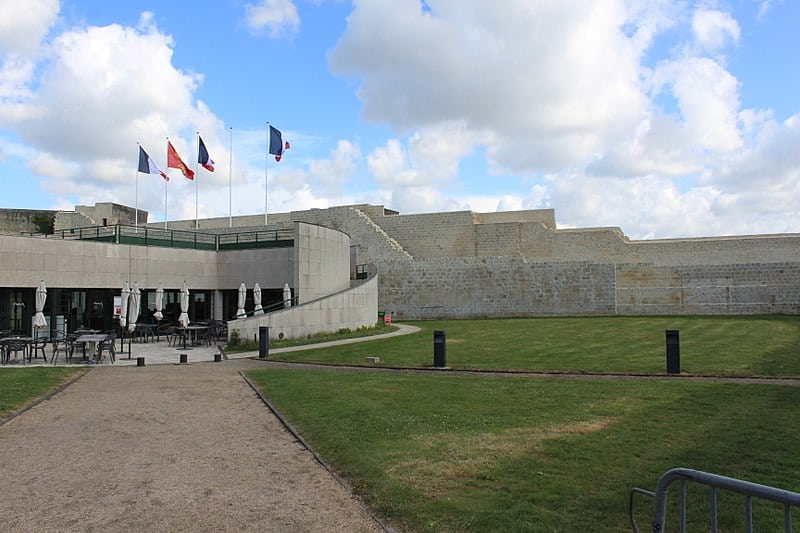 Museum of Fine Art in Caen – by Christophe.Finot – Wikimedia Commons

In the town of Caen that I mentioned earlier, both the Museum of Fine Arts and the Normandy Museum offer free entrance on the month’s first Sunday. And both are really well curated and well-kept museums worth exploring if you’re in the area.

If you are a fan of the works of Monet or Courbet you’ll be in your element in the Museum of Fine Art. Monet was a lover of this part of France and it is only right that some of his work lives on in Normandy.

5. Wander Through the Weekly Markets of Normandy

One thing the French do well nationwide is their markets. And you don’t need to spend money to be able to wander through them and simply absorb the energy.

There are markets all over Normandy, you’ll find one any day of the week. The top spots, however, must be the Saturday market in Dieppe (7am to 1:30pm) and the Sunday market over in Trouville, Normandy. 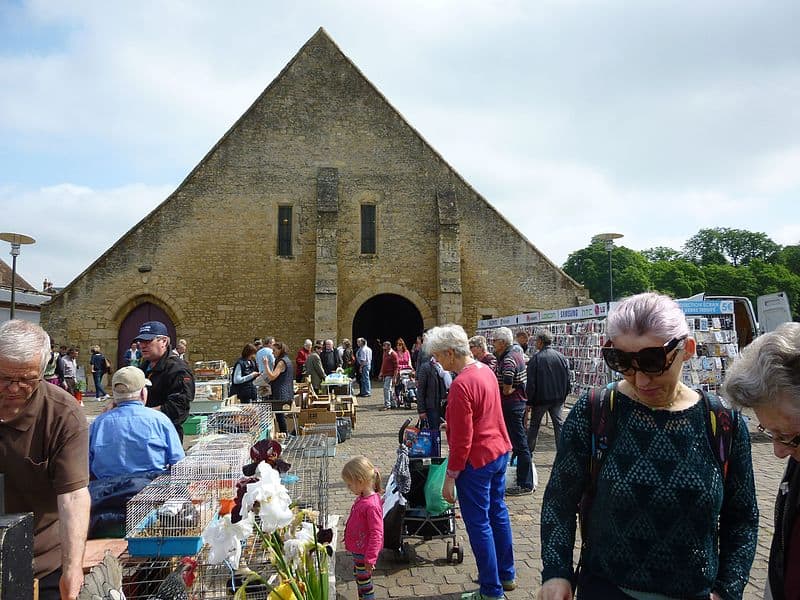 There is a smaller fish market in Trouville as well that is open daily. Not the most idea attraction for free entertainment but someone might be into it.

Throughout Normandy there are markets known as brocante, which are considered high end flea markets for antiques and collectables. These are spontaneous and one can never really predict when or where they will pop up, you can follow Normandy social forums to see if there will be one happening during your visit.