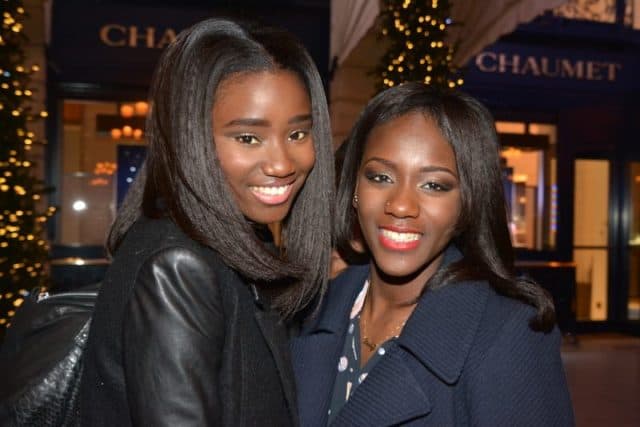 If you’re looking for a good movie to watch as the weather gets colder, I’m right there with you. Or, if you’re reading this in the warmer months and you’re looking for a film to watch after a day out in the sun, you’ve come to the right place as well! There’s nothing more relaxing than curling up in front of a movie after a long day, no matter what time of year it is.

There is plenty to discover when it comes to French cinema, and there are also several famous Black actresses that light up the movie screen! If you want to learn more about the top 5 famous Black French actresses, keep reading. And, don’t miss my movie recommendations, too!

First up on my list is the Black French actress Aïssa Maïga. She is one of my favorite actresses on my list, not only for her amazing work but also for her involvement in activism. Maïga is an advocate for inclusion in the film industry and has spoken out for years against racial discrimination. She even created a collective called DiasporAct after she realized that she was the only Black actor to receive awards and accolades, despite being surrounded by other very talented Black performers. 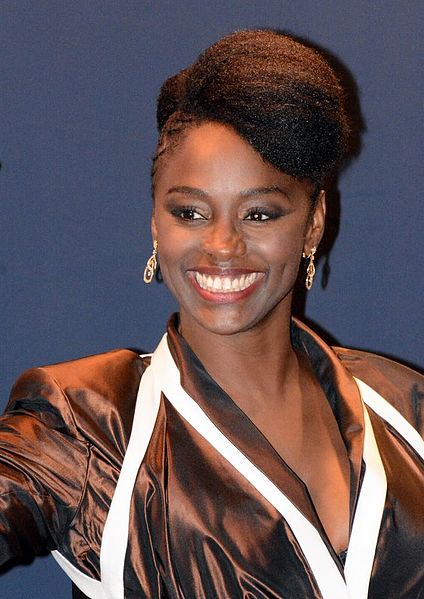 Maïga was born in Senegal but moved to France when she was 4 years old. She has been working in the industry since the early 2000s, and her first major role was in the 2005 film by Cédric Klapisch called Russian Dolls. Then, in 2006, she was nominated for the César Award for Most Promising Actress for the movie Bamako. She is the first French actress of African descent to receive the nomination.

In 2019, Maïga starred in the Netflix movie called The Boy Who Harnessed the Wind. The role brought her international fame! 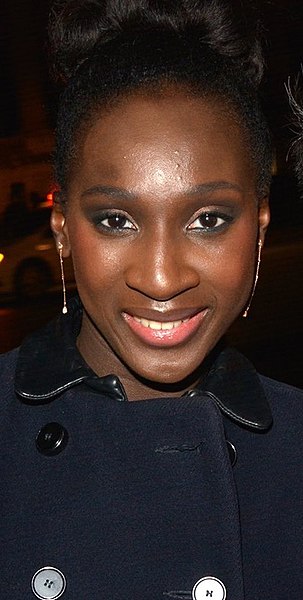 Eye Haïdara has been acting ever since primary school, and has starred in several French movies! She grew up in Boulogne-Billancourt, a Parisian suburb. After graduating from high school with a specialization in theatre, she attended the Sorbonne and graduated with an undergraduate degree in performing arts.

From there, Haïdara made her cinema debut in the film Regarde-Moi (Look at Me). In 2008, she appears in a film by the French cinema master, Jean-Luc Godard, called Film Socialiste.

Haïdara then decided to get back to her theatre roots and appeared in Les Voix de la gare du Nord, a play by Claire Simon. In 2015, she starred in the movie, La Taularde (The Convict) by director and screenwriter Audrey Estrougo.

By 2017, Haïdara appeared in Le Sens de la fête. She was nominated for several awards for her role as Adèle, including the César Award for Most Promising Actress. 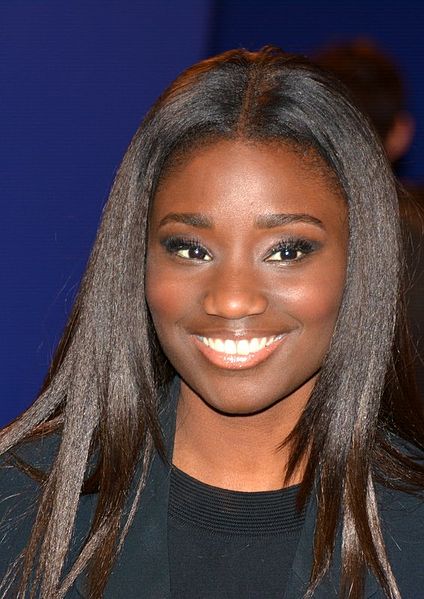 Next up on my list is another one of my personal favorites, Black French actress Karidja Touré! I absolutely adored her in the 2014 drama Bande des Filles (Girlhood), a role which earned her a nomination for the César Award for Most Promising Actress.

Touré grew up in the 15th arrondissement in Paris. She was a student in an assistant management program when she was scouted at an amusement park for the film Bande des Filles! Since the success of her breakout role, Touré has appeared in several other films including Skokan, La Colle (The Glue), and Ce qui nous lie (Back to Burgundy).

Touré is also passionate about inclusion in the French film industry and has worked alongside Aïssa Maïga to bring awareness to racial discrimination within the industry. In 2018, she participated in a collection of essays created by Maïga called Noire n’est pas mon métier (Black is not my job). The book of essays features reflections from 16 Black French actresses and is on my list of things I need to read. Aïssa Maïga, Karidja Touré, Eye Haïdara, and Assa Sylla, all actresses on the list, contributed to the book! 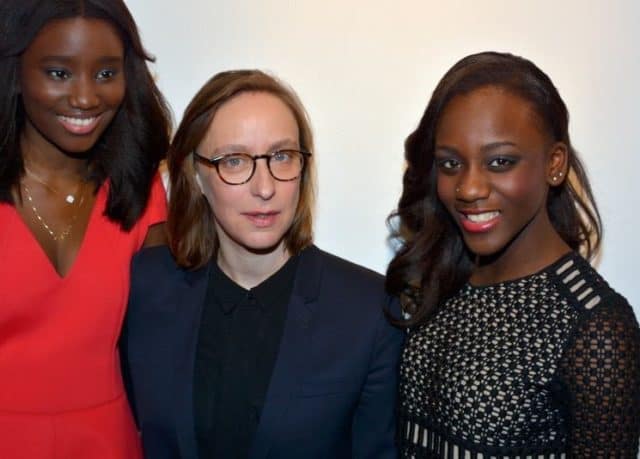 Assa Sylla (left) with Karidja Touré on the right, and director of Bande des Filles, Céline Sciamma, in the center by Georges Biard – WikiCommons

Also featured in the collection of essays, Noire n’est pas mon métier, is Black French actress Assa Sylla! And, Sylla was also in Bande des Filles. Can you tell how much I loved this movie? I’m a sucker for coming of age stories, and Bande des Filles is just that.

Like her costar Karidja Touré, Sylla grew up in the 15th arrondissement in Paris. Something that I really loved about the movie is that the main characters are all newcomers, and for many, Bande des Filles was their debut.

Since the success of her breakthrough role, Sylla has gone on to have roles in feature-length films, television series, as well as short movies. In 2018-2019, she took on the role of Imane Bakhellal in a French television series called Skam. Sylla has said that she identifies strongly with her character, who is Muslim like she is. It’s the first time that a French series has had a Muslim main character who also wears a head covering, and Sylla is very proud to play her. 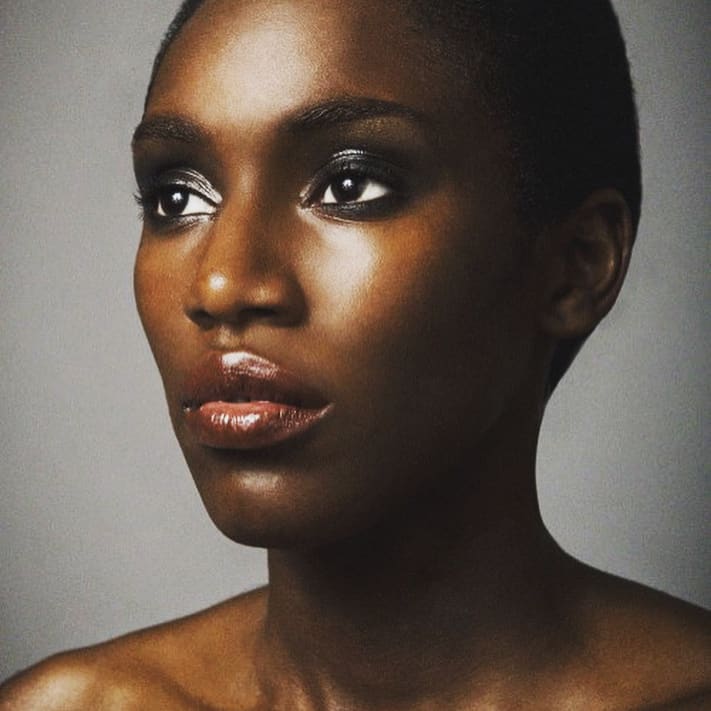 Finally, last up on my list is the Black French actress Esse Lawson! Lawson grew up in an area just outside of Paris called Val-d’Oise. She comes from a family of artists, as her grandmother on her father’s side created her own theatre and dance troop!

Lawson got her debut in modeling for brands like Hermès, Benetton, and Issey Miyake. She was soon scouted by casting directors, and her first role was in the 2000 film La Squale (The Shark) from director Fabrice Genestal.

Since then, Lawson has been featured in several other French movies such as Peau d’ange (Angle Skin) and Au secours, j’ai 30 ans ! (Help, I’m 30!). She won the Young Talent award at the Paris Festival of Cinema in 2002.

If you’re looking for a movie to watch that features a talented French actress, I’ve got you covered. And, now you know a little bit more about the top 5 famous Black French actresses! Cozy up with any one of the films mentioned above and I’m sure you’ll enjoy it.

And, if you’re looking to do something a bit more active, why not take a peek at our walking tour option in Paris? If you’re in the city, you’ll be able to pick the brain of one of our expert local guides – they’re sure to know of even more talented Black French actresses! Click here for more information and to make your booking.