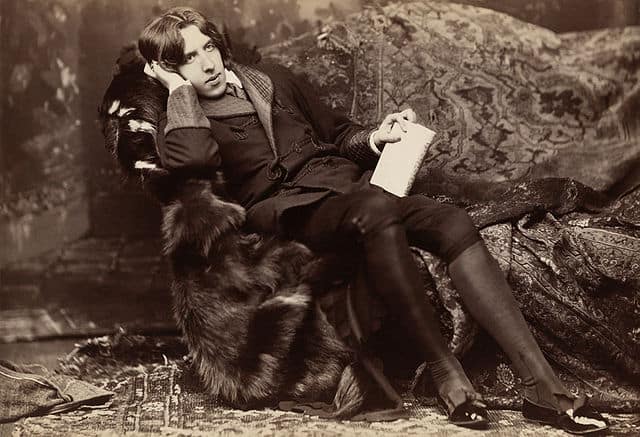 Oscar Wilde was an Irish writer that lived and worked in London and Paris in the 19th century. Wilde is perhaps most famous for his plays, and for his only novel, The Picture of Dorian Gray.

Wilde was born in Dublin, Ireland in 1854. He showed an interest in writing and reading at a very early age, which is most likely thanks to his mother, who was a poet herself! Wilde was also an excellent student, and graduated from the esteemed Trinity College in Dublin.

After his studies, Wilde moved to London to pursue a career in writing. He published his first collection of poems, entitled, Poems, in 1881 when he was just 27 years old. Wilde then went one to travel throughout Europe and the United States lecturing at various places.

Wilde then went on to publish his only novel, The Picture of Dorian Gray in 1888. The novel made a splash (I’ll fill you in more later), and Wilde became even more well known. He begin writing plays at this time as well, including one of his most famous: The Importance of Being Earnest.

Although Wilde enjoyed fame and recognition thanks to his writing, his personal life was fairly tumultuous. His homosexuality was an understood fact that was accepted amongst his friends, but you’ll have to remember that 19th century Victorian England was, well, prudish. Homosexuality was a crime.

Wilde was in a relationship with a fairly well known and respected man named Lord Alfred Douglas. The pair were eventually outed, and Wilde was put on trial for gross indecency. He was found guilty, and was put in prison for 2 years. Then, he went into exile in Paris.

Wilde’s last years were lived out in Paris in poverty and sickness. The once loved and respected author was essentially left to die in France after he was released from prison. English society had completely rejected him.

Wilde died in 1900 at the age of 46 from meningitis. He is buried in the Père Lachaise cemetery.

Now that you have a little bit of background on Wilde, you’re reading to hear my reading recommendations! As I mentioned, Wilde only wrote one novel. But, he did publish several collections of plays, poems and short stories!

Below, you’ll find my top 5 best Oscar Wilde books you should know.

1. The Picture of Dorian Gray 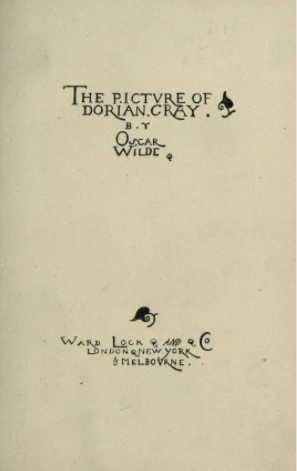 This list is in no particular order, but I will admit that The Picture of Dorian Gray is my favorite work by Oscar Wilde! This is the first and only novel that Wilde ever wrote, and it was the first work by the Irish author that I ever read.

The novel tells the story of a man named Dorian Gray. Dorian is a handsome and rich British socialite who essentially signs a deal with the devil to stay young forever. I don’t want to go too much into detail as I don’t want to spoil the story, but I will tell you it is a page turner!

There is a painter, a painting and a lord that you should keep your eye out for, and of course, tales of debauchery. This read is a great introduction to Wilde’s sardonic and satirical style.

When The Picture of Dorian Gray was published, it was met with much criticism. Wilde’s comments on the upper class in England at the time, plus his allusions to homosexuality caused the uptight Victorian society to reject the novel.

However, in later years after Wilde’s death, The Picture of Dorian Gray became known as a pointed attack on Victorian era social values, and was adored by readers and critics alike.

2. The Importance of Being Earnest and Other Plays 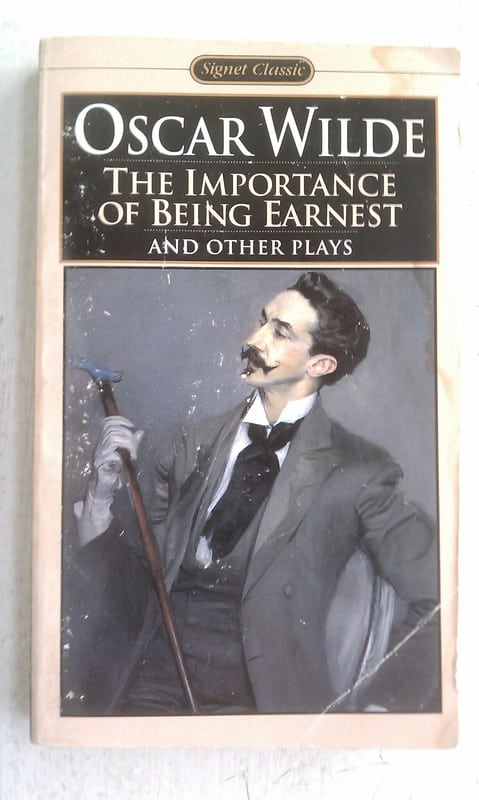 The Importance of Being Earnest is Wilde’s most well-known play. It is also the last play that he ever wrote! It is considered to be one of the lightest comedies that Wilde ever wrote, as well as being his masterpiece.

The play tells the story of two main characters that live in London. They each have an alter-ego, which allows them to travel in various social circles and get away with the type of recklessness that was frowned upon in British society at the time. This is called “bunburying,” which means that the characters maintained one persona when they were in London, and another out in the countryside.

Like most of Wilde’s work, The Importance of Being Earnest comments on the high social standards expected of the British at the time. It is filled with satire and sarcasm, also marks of Wilde’s style.

The release of the play marked the highest point in Wilde’s career, but the opening night of the play also marked the beginning of his downfall. Do you remember the love affair with a certain Lord Douglas that I mentioned? Well, Douglas’ father, the Marquess of Queensberry, planned to go to the show and present Wilde with a bouquet of rotting vegetables, to mark his disdain of his relationship with his son.

However, Wilde caught wind of what the Marquess was up to, and barred him from entering the theatre. This was a pivotal moment for Wilde, as in an act of revenge, the Marquess left a nasty note on Wilde’s doorstep. The note read: “For Oscar Wilde, posing as a Sodomite at Wilde’s club.”

Wilde sued the Marquess for criminal libel, and once the case went to court, Wilde (as you know) as sentenced to prison.

3. The Happy Prince and Other Tales 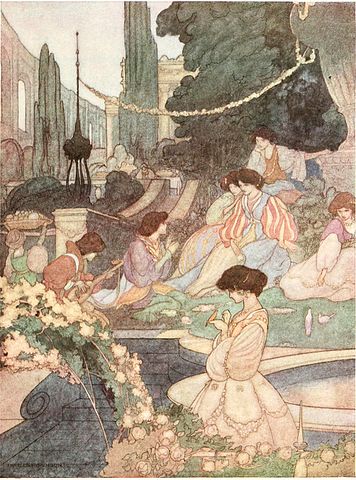 The Happy Prince and Other Tales is a collection of five short stories that Wilde wrote for children. Although they were aimed at children, adults also enjoyed the collection!

The book includes well known stories by Wilde such as The Happy Prince and The Selfish Giant. While these stories are clearly light and humorous, they are also filled with moral messages and themes surrounding greed, selfishness and pride.

The Happy Prince in particular tells the tale of a prince who is honored with a statue after his death. From so high up (and from the afterlife), the prince finally recognizes and sees the suffering that his subjects are going through. The prince regrets that he wasn’t able to help the poor when he was alive, which is a clear message to the reader.

Many of the stories in the collection have been reproduced on their own, or have been turned into plays. I think that Wilde would approve! 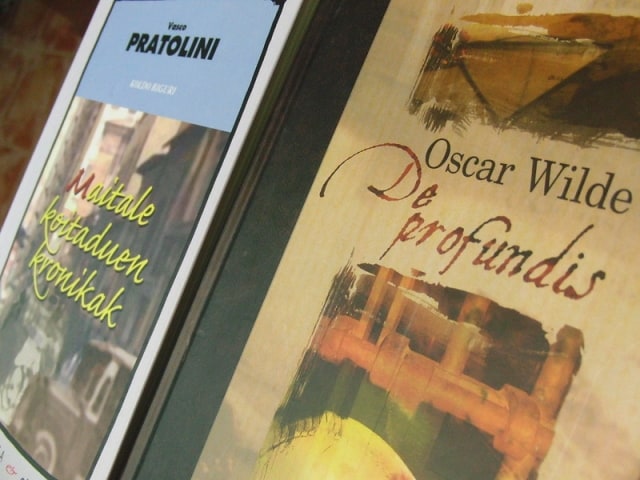 Moving onto a book that is much darker than the collection of children’s stories above, De Profundis was written when Wilde was a prisoner in the Reading Gaol prison. I won’t call this one a novel, as it is really a long letter that Wilde wrote to Douglas while he was imprisoned.

The first half of the letter consists of the story of Wilde and Douglas’ love affair, and the excessive lifestyle they lived together. Wilde recognizes the fact that this lifestyle is what eventually led to his conviction and imprisonment. The second half focuses on Wilde’s time in prison, and the spirituality he found there. He even goes as far as to relate himself to Jesus Christ.

Wilde was allowed to write the letter, but he wasn’t allowed to send it. A new prison guard felt strongly that writing was a better was for the inmates to pass their time than doing physical labor. Each day after writing, the letter was confiscated by the prison guards, and the completed version wasn’t given back to him until he was released.

De Profundis was published in 1905, five years after Wilde’s death, by his friend Robert Ross. The first version was censored (by Ross before publication), and all of the references to the Queensberry family (you’ll remember that Lord Douglas was a Queensberry) were taken out. Other autobiographical information on Wilde was also removed.

Today, you’ll be able to find the complete version, which was made readily available in 1962 thanks to the publication of a collection of Wilde’s letters.

5. The Ballad of Reading Gaol 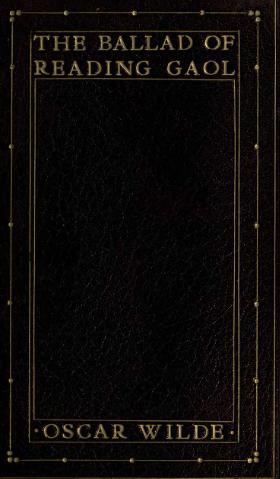 1904 edition of The Ballad of Reading Gaol – WikiCommons

The last book on my list of the top 5 best Oscar Wilde books you should know is a lengthy poem called The Ballad of Reading Gaol. Wilde wrote the poem after he was released from prison and settled in his new home country of France.

The poem tells the story of a man named Charles Thomas Wooldridge, a fellow prisoner, who was executed by hanging for the murder of his wife. The poem focuses on Wooldridge’s execution, and it is also a commentary on prison life, and the thought process of the prisoners as they are being punished.

The poem was published in 1898, but Wilde wasn’t explicitly credited with it. The author was listed as “C.3.3.” which is a nod to Wilde’s prison cell: he was in cell block 3, on landing 3, in cell 3. Wilde’s publishers thought it best to publish under this pseudonym as Wilde was fairly notorious after his arrest. Wilde didn’t take credit for the work until 1899.

Oscar Wilde unfortunately lived a short life and died at a young age. It makes you wonder what other novels, plays and poems he may have created if he was never imprisoned and left in exile in France.

A great way to pay homage to this great writer is to head to the Père Lachaise Cemetery in Paris to visit his grave. You’ll notice that his tombstone is covered in lipstick kisses: a tradition for fans of Wilde who visit the grave. Don’t forget your own lipstick so that you can pay your respects too.

If you want to learn even more about Paris and its famous inhabitants with some of our expert local guides, click here to learn more about our walking tour options!