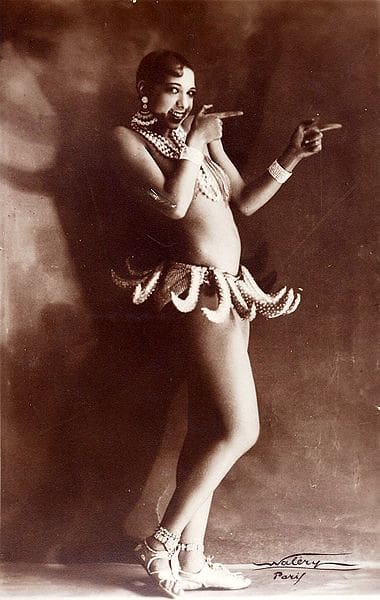 Josephine Baker, posing in her famous banana costume in Paris in 1927 by Reannon Muth - Flickr

Josephine Baker was an American dancer who called France her second home. She lived and performed throughout the early 20th century, and was known for her “banana dance,” her flapper sensibilities, and as a symbol of the Jazz Age.

Baker was born in St. Louis, Missouri in 1903. Her father’s true identity was never revealed, but many believe he was a wealthy white man. Baker’s mother gave birth in an almost all-white hospital and was allowed to stay for a few days to recuperate. This would have been unheard of in the deeply segregated United States of the early 20th century, so many historians assume that Baker’s white father was able to pull some strings.

When Baker was a teenager, she moved from St. Louis to Harlem, New York to pursue a career in show business as well as get away from the segregation and racism of the Midwest. While things were a little bit better in New York, Baker would eventually move to Europe to really escape the racism in America.

Baker began working as a dancer immediately when she arrived in Paris. She became well known for her risqué dance, the “banana dance,” in which she was clothed in just a bra and a skirt made from a few plastic bananas. It definitely did not leave much to the imagination, and the public loved it. Baker was a hit amongst the Parisians!

In addition to her career in dance, Baker was also a spy during World War II for the Allied forces (she would go on to be the first American woman ever awarded the prestigious Croix de Guerre), and she was a civil rights activist in the 1950s and 1960s.

Baker was married four times, and would eventually adopt twelve children! She was also an animal lover and considered Princess Grace Kelly to be her best friend. All in all, Baker lived an incredibly interesting life.

As you can imagine, there are quite a few documentaries and movies out there that speak on Baker’s life. Keep reading for my top 5 best movies about Josephine Baker! 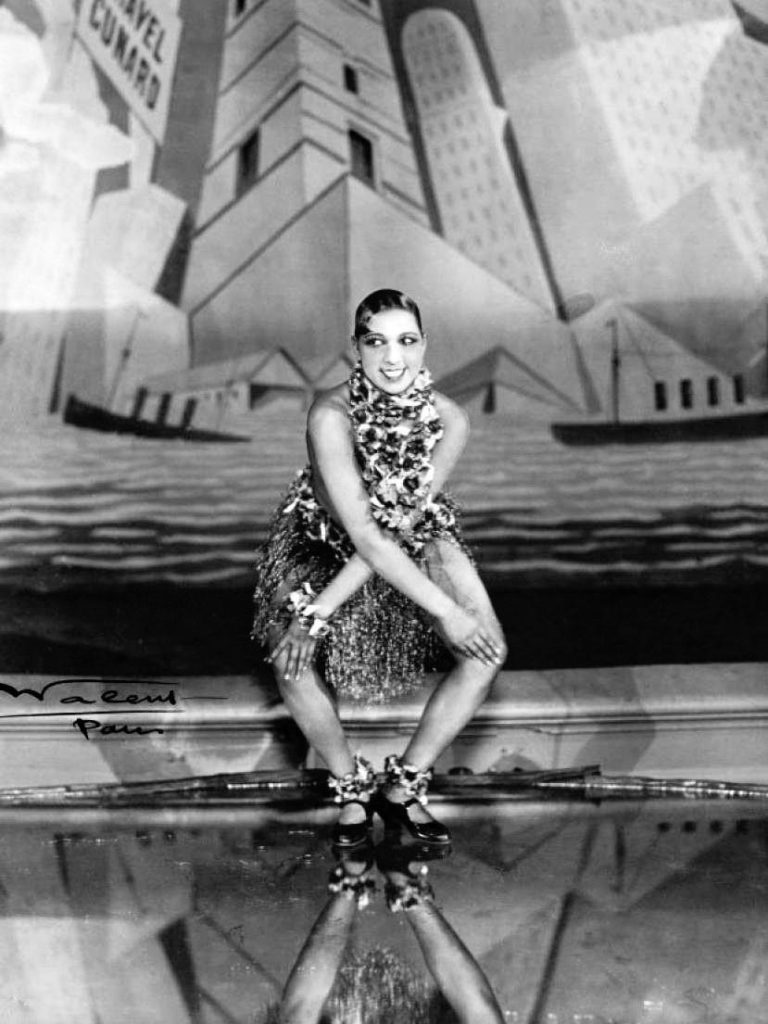 Josephine Baker dancing the Charleston at the Folies-Bergère, Paris in 1926 by Walery – WikiCommons

Baker left the United States after witnessing a lynching and living in extreme segregation. She was much more accepted in Paris and was welcomed amongst other ex-pats that were living there at the time like the writer Ernest Hemingway. She shocked, awed, and amazed the crowd with her risqué dance moves and costumes.

However, there were a few people in Paris that did not think she deserved to be so famous. In this documentary, you’ll meet characters like Maurice Chevalier and Mistinguett, who were quite open about their disdain for Baker.

This documentary features footage of Baker herself as well as the United States and Paris as she saw them. The footage from the end of her life is especially heart-wrenching. As mentioned, Baker adopted 12 children and lived with them in a castle in the South of France. Due to irresponsible spending, Baker was forced to leave her home. There is one scene in the documentary that shows Baker sitting outside the castle, refusing to leave. I may have shed a tear or two when I watched it!

Watch this movie if: you are interested in seeing real footage of Baker’s life!

Next up on my list is an HBO movie which aired in 1991. The Josephine Baker Story stars Lynn Whitfield as Baker, and the movie tells the story of Baker’s move from the United States to Paris. The movie was a huge success after its release and went on to win five Emmy Awards!

The movie focuses on the frustration that Baker felt in the face of racism in the United States at the time. Baker wanted so badly to be a success in her home country, but she learned pretty early on that it wouldn’t be possible given her skin color.

She decides to pick up her life and move to Paris, where people would be more accepting. Baker was right: Parisians adored her and she became a superstar almost overnight.

Baker decides to head back to America to see if the public would accept her now that she was so famous in Europe. You’ll have to watch the movie to find out what happens next!

Watch this movie if: you’re interested in watching a dramatized version of Baker’s life. 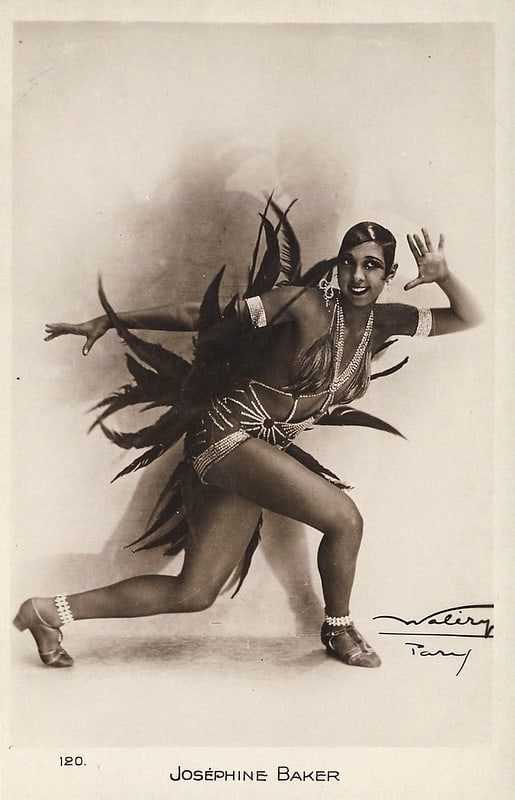 Josephine Baker: Black Diva in a White Man’s World is another documentary that tells Baker’s life story. It also focuses on the image of Black people in the 20th century and the difficulties that Baker had to face despite this.

While Baker encountered less racism in Paris than in the United States, that isn’t to say that France was completely accepting of her, either. France had several colonies across the world at this time, many of them in Africa. There was an almost inappropriate fascination with Baker that was built off of racist clichés that French people held at the time.

This documentary delves into the lesser-known parts of Baker’s life, like her struggle with Colonial mentalities, her time as an ambulance driver during WWII, and her involvement in the worldwide Civil Rights movement of the 1950s and 1960s.

Watch this movie if: you want to learn more about Baker’s humanitarian pursuits instead of her dancing career. 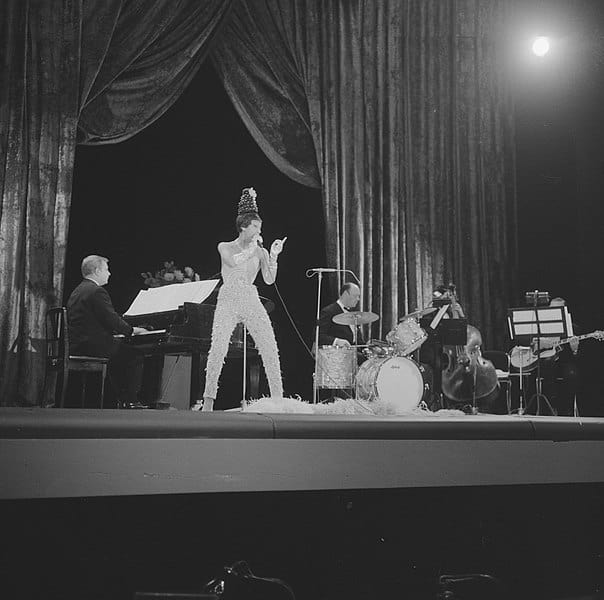 This is the most recent movie on my list, and it is also a biography/documentary-style film.  There are surprisingly very few feature-length movies out there about Josephine Baker! If any major movie producers are reading this article, please start making more movies about this amazing woman!

I digress. Josephine Baker, The Story of an Awakening offers up some rarely seen footage of Baker and her life. It focuses on how Baker went from being a famous cabaret dancer to an activist. The documentary was originally made in French, but thankfully there are English subtitles!

Watch this movie if: you’re interested in seeing Baker’s life unfold before your eyes through rare footage.

Josephine Baker lived a truly fascinating life, and there are several documentaries and a few movies out there for your viewing pleasure. Do you see any titles that interest you? I hope so! Once you’ve finished this article try to watch some of these movies on your own. You’re sure to learn even more about Josephine Baker!

If you’re interested in visiting the Paris that Baker called home, why not hop on one of our walking tours? Click here to check out all of the options!