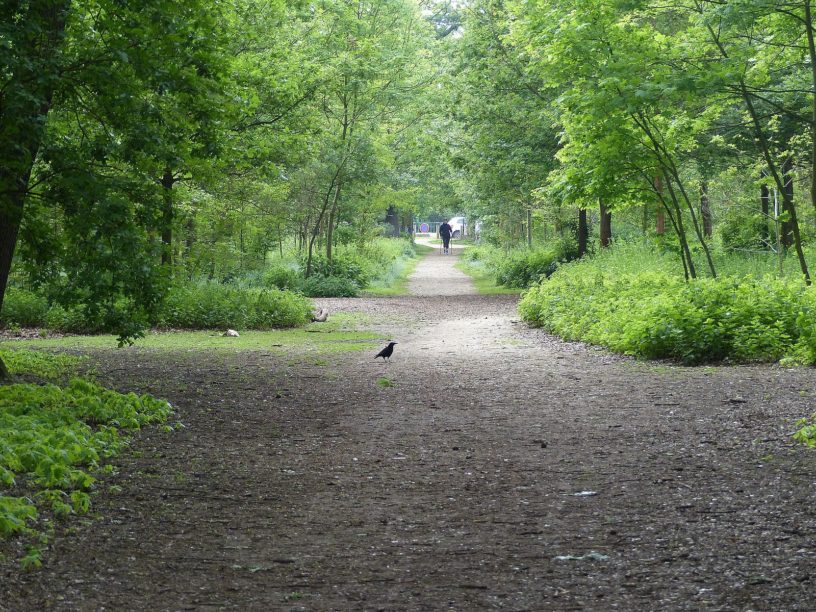 The park stretches throughout most of the 16th arrondissement, and part of the 17th. As a result, there is a lot to see and do when you’re in this part of town.

Since the Bois de Boulogne is open 24 hours a day, the surrounding attractions maintain a lively energy even in off season. 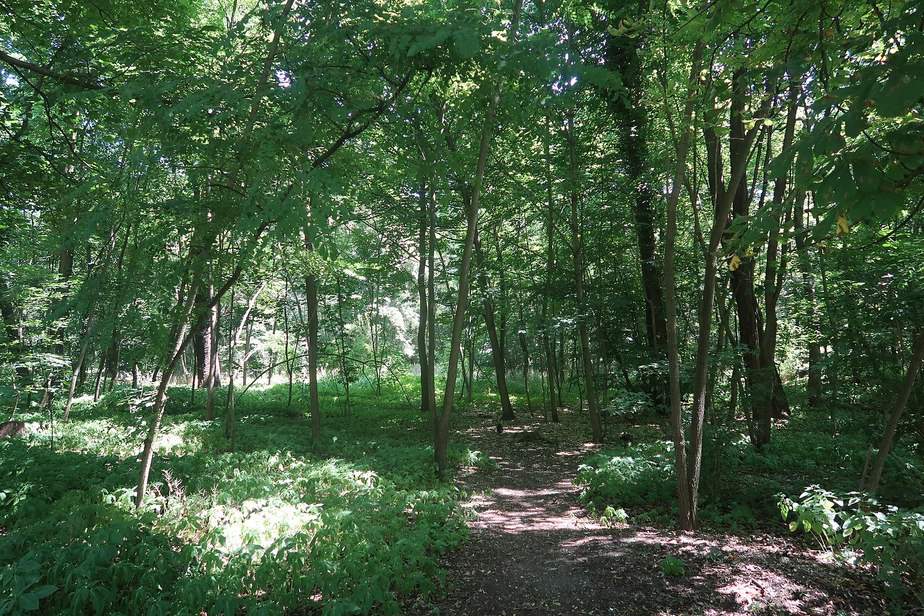 1. Visit the Louis Vuitton Foundation in the Bois de Boulogne in Paris

The renowned Louis Vuitton Foundation calls the Bois de Boulogne home. The building sits on the northern tip of the park, with your best point of entry being the gate at Route de la Muette à Neuilly.

The foundation is actually a museum space showcasing modern and contemporary art in Paris. The building itself is a work of art, and lovers of architecture come from far and wide just to see it in the flesh.

It costs just a few euros to get inside and there is a great cafeteria on the ground floor. 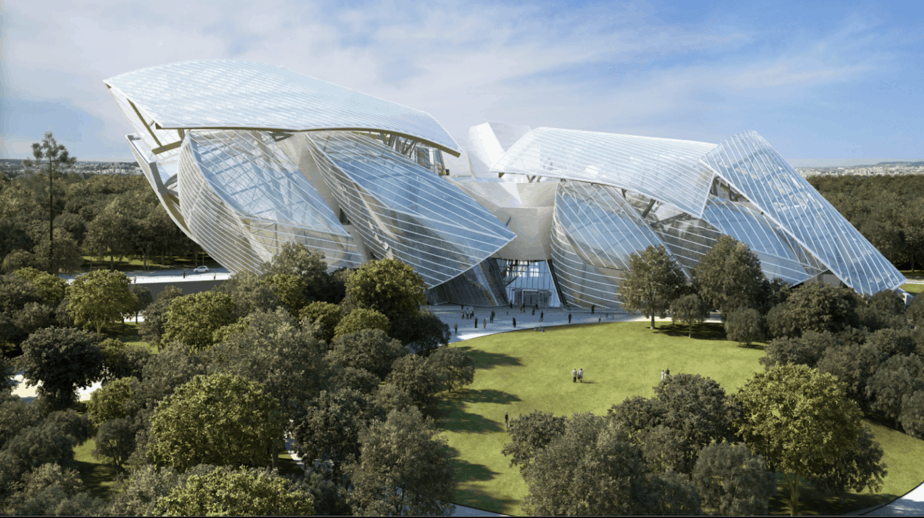 Listen up, because I am about to let you in on one of the best kept secrets amongst locals in Paris.

The Piscine du Palais des Sports de Puteaux is a public swimming pool situated on the small island on the Seine River that boarders the western edge of the Bois de Boulogne.

It’s a fabulous swimming complex with both indoor and outdoor pools. You’ll pay with spare change to enter, and have access to all the facilities for the duration of the day. 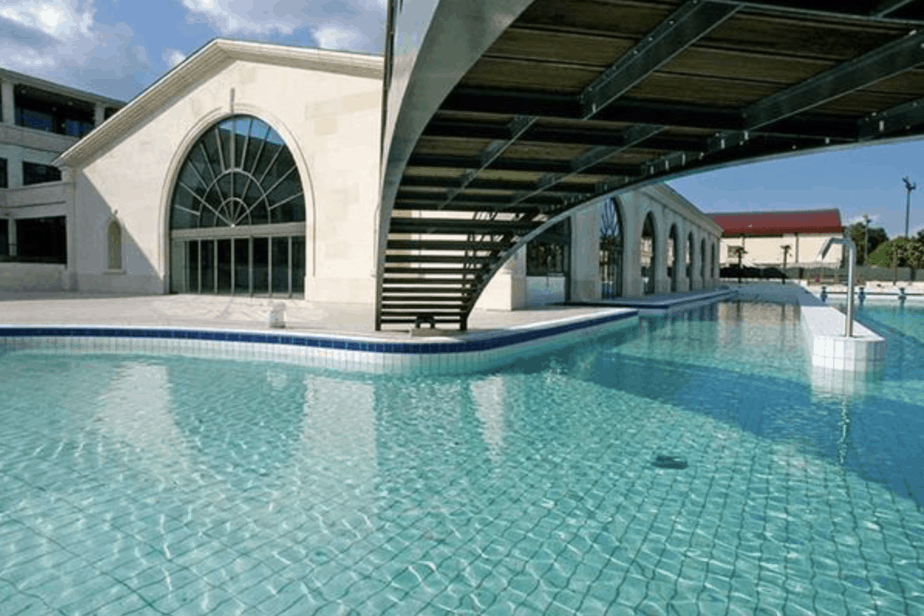 Finding well maintained, affordable places to swim in Paris is always a bit of a scavenger hunt. If you’re ever in the city during the summer, you’ll understand. Make sure to keep a note of this spot!

Opening Hours: Tuesday to Sunday — 7am to 8pm

3. Visit Le Corbusier near the Bois de Boulogne in Paris

Le Corbusier is another art-centered foundation just outside the eastern boundary of the Bois de Boulogne.

This one is solely dedicated to the life and work of famous architect Le Corbusier. You’ll find a few attractions in the 16th arrondissement dedicated to his memory, as this was a part of Paris in which he contributed significantly.

The name Le Corbusier might mean nothing to you, but if you’re a lover or foreign architecture it’s likely this spot is already on your itinerary.

Opening Hours: Monday to Saturday — 10am to 6pm

4. Visit the Musée Marmottan Monet near the Bois de Boulogne in Paris

For a real treat while near the Bois de Boulogne, I highly recommend dedicating an hour or two to walking through the Musee Marmottan Monet.

Situated in the center of the eastern park boundary, this museum is the largest collection of Monet originals in one place.

You’ll browse over 300 paintings by Claude Monet all in one space. It’s an impressionists dream, delving deep into the mind of the artist who owed much of his inspiration to his hometown, Paris. 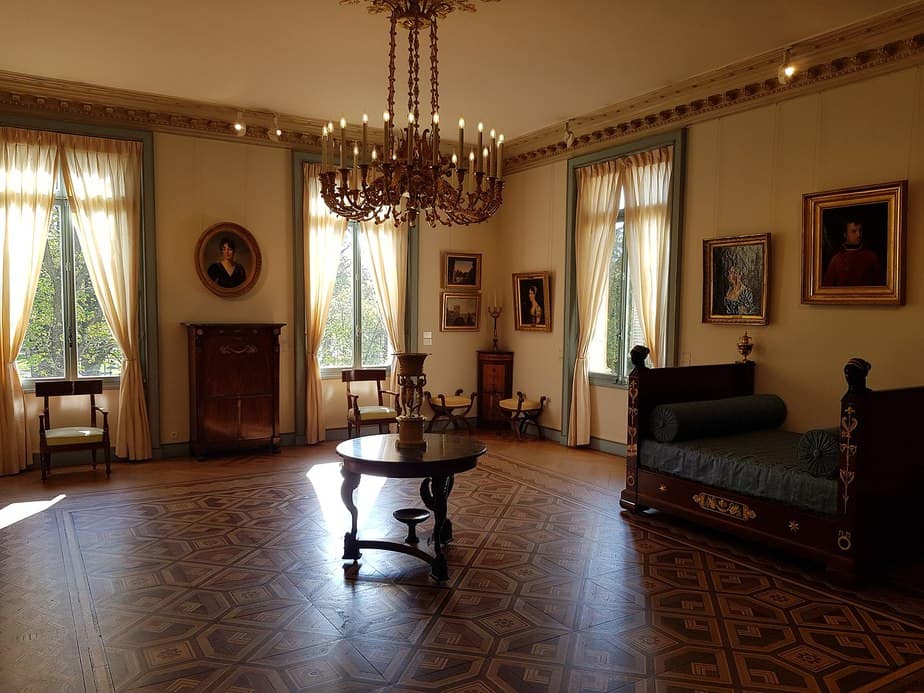 For some reason, there is a very strong Italian immigrant presence across the 16th and 17th arrondissement. It brings with it some of the best Italian restaurants this city has to offer, and most of them are scattered in the roads and alleys that surround the Bois de Boulogne.

I find the best Italian food lives in the southern region of the 16th, on the eastern park boundary.

If you’re open to a bit of a splurge, look for a place called Brasserie Auteuil! 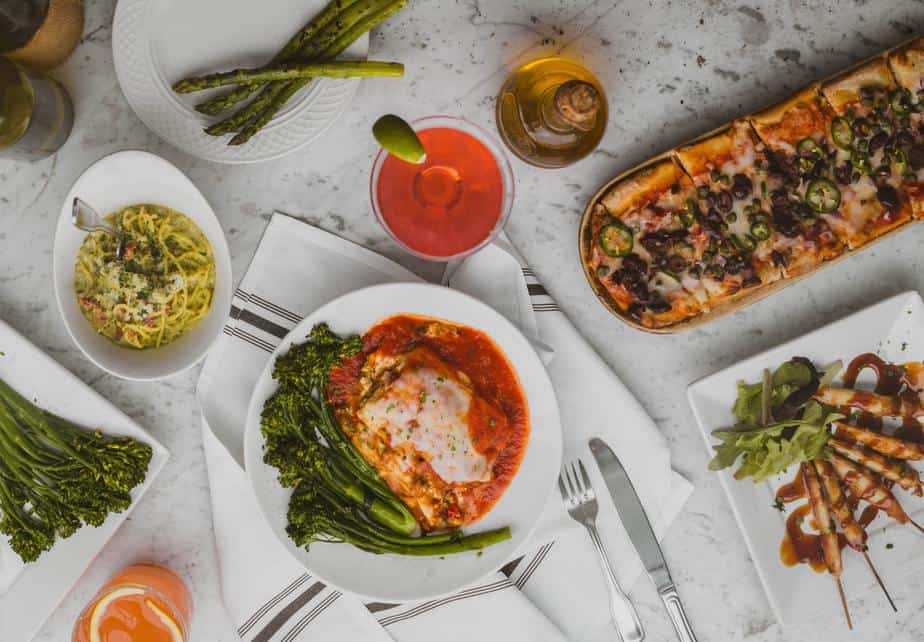 6. Skate in the Stade de la Muette near the Bois de Boulogne in Paris

As you move further north on the edge of the park, one will eventually come to a small stadium called Stade de la Muette.

A lot happens here on a daily basis; the facilities are used by sporting organizations to host extra-murals for children after school.

Part of the stadium gives way to a wonderful skating area with empty pools, half pipes and railings. If you’re into this activity, there are few better places in Paris to practice it.

Entrance is completely free and at one’s own risk. 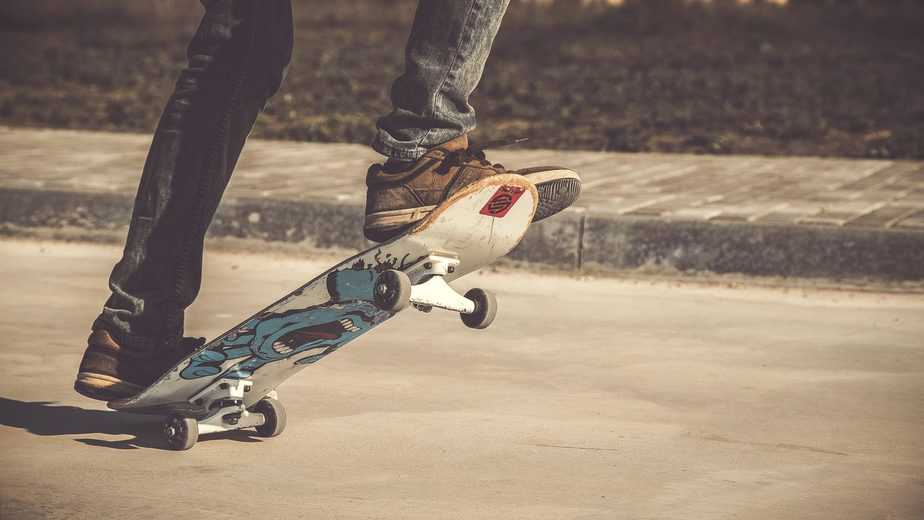 7. Row Boats in the Bois de Boulogne in Paris

There are close to 8 bodies of water within the Bois de Boulogne. Some of them are tiny and can be run around in a matter of seconds, while others span great lengths through the park.

The main lake sits right in the center of the park and is the biggest. It’s called the Lac Inférieur, and at the northern tip of it you’ll find the public boat house.

It’s from here that once can rent a boat to row on the water for a few hours, year round. Boats can fit 2 to 4 people and start at €12 per hour.

Be advised that lifejackets for children are not provided so bring your own if necessary! 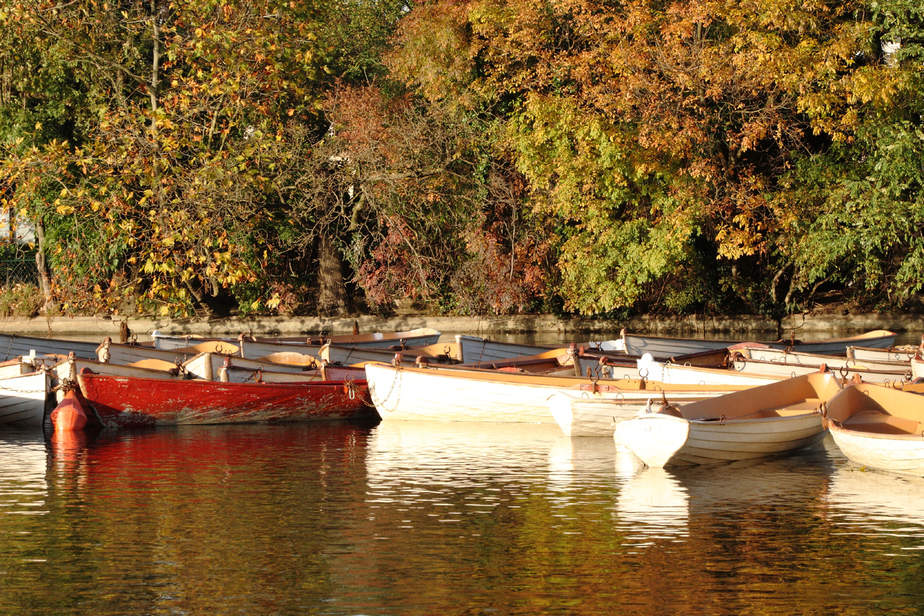 8. Hunt Down the Pelouse de la Muette the Bois de Boulogne in Paris

From the Bois de Boulogne boat house, head south while staying on the right bank of the water.

You’ll eventually come to a secluded area called the Pelouse de la Muette; it’s here that the park’s waterfall can be found.

This is a charming spot within the park that is rarely full of people or noise. It’s a great place to bring a date, a picnic, or even just a book to get lost in for a few hours.

9. Walk From the Bois de Boulogne to the Eiffel Tower in Paris

The best way to experience any neighborhood in Paris is on foot. So walking from the Bois de Boulogne through to the Eiffel Tower will take you into the heart of the 16th arrondissement until you reach the 7th and the Left Bank of the Seine.

The walk from the park to the tower looks a lot longer than it actually is. It’s an easy 30 minute stroll on relatively flat ground.

I would recommend starting the walk from the Avenue de Saint-Cloud in the park itself, and following the same road through to the Trocadero. 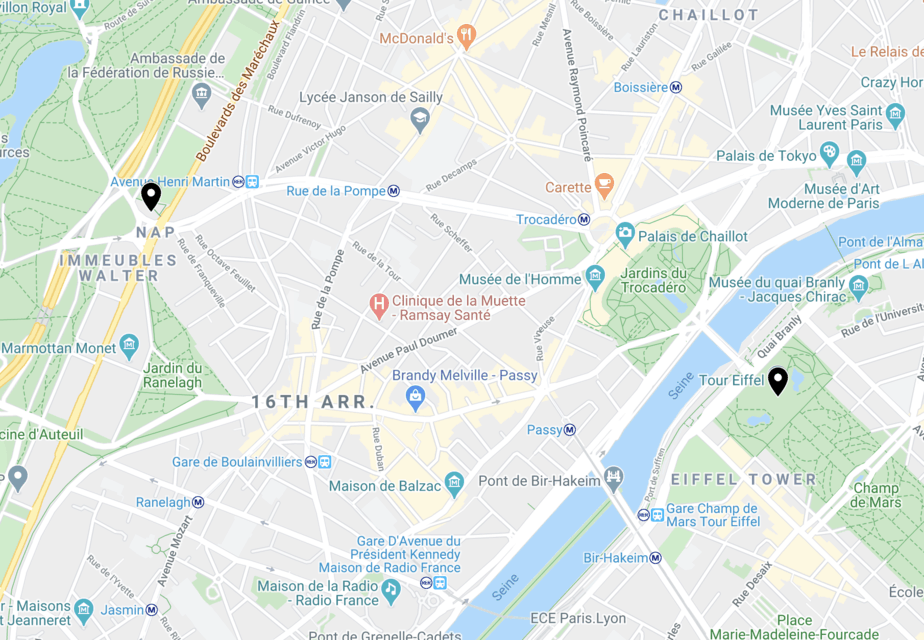 10. Find the Shakespeare Theatre in the Bois de Boulogne in Paris

Ever heard of free Shakespeare theatre in Europe? Well the Bois de Boulogne is where you’ll find it in Paris.

If you’re lucky enough to be in the French capital in the summer, then you’ll want to find you’re way to the very center of the park, and into the small yet substantial Shakespeare theatre base.

Here, there are daily performances of all of Shakespeare’s greatest works on a rotational program. Everything takes place outdoors, hence the summer preference. Children love these events and are welcome at all times.