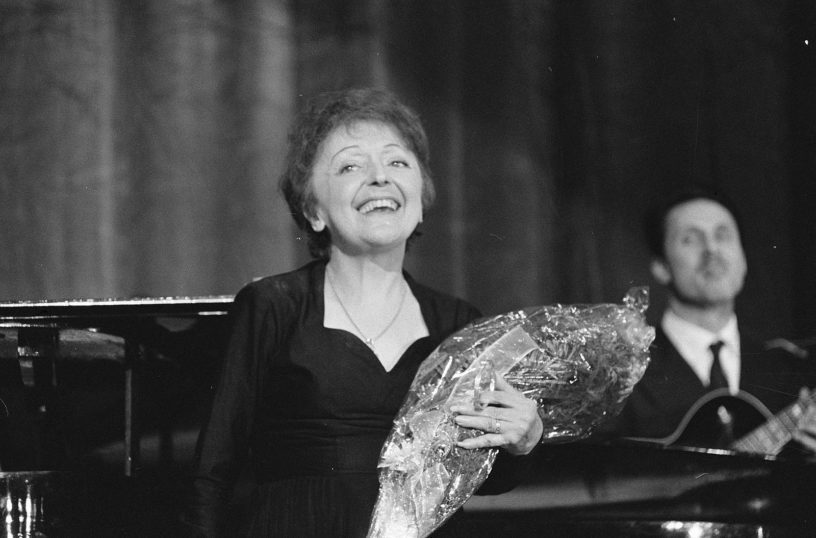 Edith Piaf is the pride and joy of the eastern suburbs of Paris, and for good reason.

To this day, the districts of Belleville and Menilmontant cling to the fact that the songstress hailed from these streets. You’ll find here picture in bars throughout the area, with some of them even holding regular tribute evenings to honor her works.

Her songs have withstood the test of time already, and their relativity seems to bypass pop culture completely. If you’re new to Piaf’s works, it’s the following 10 you want to start with. 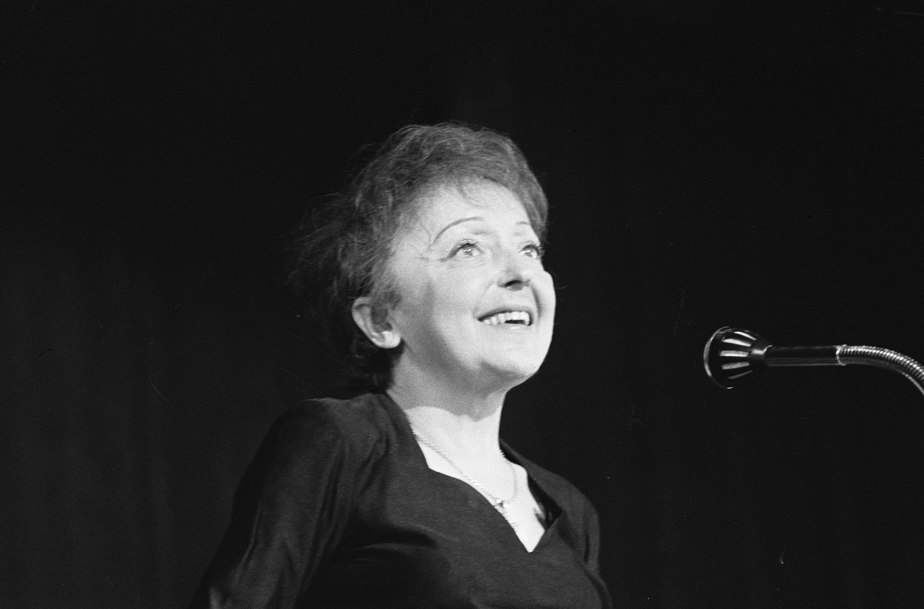 Undoubtably her most famous song, La Vie En Rose has been covered by artists all over the world since its original release by Piaf in 1945.

There are few songs as globally associated to France, in general, as this one. It’s a ballad that became a representation of the essence of France, as well as a lyrical masterpiece capturing exactly the feeling people seemed to be striving for all over the world during the 40s, 50s and 60s.

La Vie En Rose was also chosen as the name of the biographical film about Piaf’s life, released in 2007 by director Olivier Dahan. It’s a beautiful movie, if you’ve not already seen it.

This was the last song ever made by Piaf before her death. It didn’t have the lengthy career that La Vie En Rose did, but it certainly lets its mark on the world and is considered one of her most famous works.

It’s sometimes referred to as “Edith Piaf’s Last Lament” as the singer accounts for all of the mistakes she made throughout her life, lost loves and missed opportunities, proclaiming that she regrets absolutely nothing.

Much of Edith Piaf’s early life was spent living in a Parisian brothel with her grandmother. One can only imagine the things a young Edith would have seen, heard and experienced within these walls.

This song translates to “my lord” and it about a prostitute who falls in love with a lord even though she will never have him. The actual events that inspired the song were never shared by Piaf and remain largely a mystery.

A lot of Piaf’s music is thought to have drawn inspiration from this tumultuous time of her life.

Padam, Padam is interpreted in a number of different ways, mostly because Piaf herself said very little when questioned about its existence.

Piaf is known to have loved Paris with all her heart, and longed for it in the years spent touring and making music. She is quoted as stating “it [the song] comes from as far away as I come”.

Some believe the repetition in the title to be a showcase of the monotony of celebrity life. A nonstop, repetitive charade of travel and concerts through which Piaf found less and less enjoyment.

Edith Piaf was a hopeless romantic; I suppose one would have to be to pull this kind of music from themselves.

She had many loves throughout her life, but none of them would ever compare to her earliest love Marcel Cerdan, a heavyweight boxer who passed away not long into their relationship.

The Hymne à L’Amour, Ode to Love, is a final thank you and goodbye to Cerdan in which she attempts to put into words the way his love felt while she had it.

The title of this song translates to ‘the poor people of Paris’. It was originally a French folk song and it became known worldwide thanks to Piaf’s recording of it. Many other artists have since covered the song as well.

The title itself is incredibly misleading. This is not a song about the poor people of Paris at all, but rather about a big-shot Parisian hustler who manages to get himself arrested and put into jail.

In the early years of Piaf’s rise to stardom there was much conflict occurring between France and Algeria in North Africa.

This is another ballad dedicated to Piaf’s endless quest to find true love. She sings about having interest in a handsome legionnaire, which would have been a member of the French legion.

This song was originally written in Sweden, but it quickly became one of Piaf’s most popular songs for international performances.

Her United States fans loved this one, and she would usually open with it while touring the nation.

Yet another heartbreaking ballad exploring the seemingly impossible task of finding true love in the world.

In la Foule, Piaf sings about a large crowd of people in which a woman finds herself being carried about. Suddenly, she bumps into a man and falls instantly in love, only to shortly thereafter be carried in the opposite direction and him never to be seen again.

Oh so tragique, and oh so Edith.

While Piaf never said much about her personal resonance with this song/hymn, there are a lot of historical events to suggest that she related to it on many emotional and experiential levels

The song is a plea with god to keep a loved one alive just a few more days as not enough memories have yet been made with said person. It’s highly sensitive and extremely desperate in content; understandable why she never went into great detail regarding its presence in her concerts.