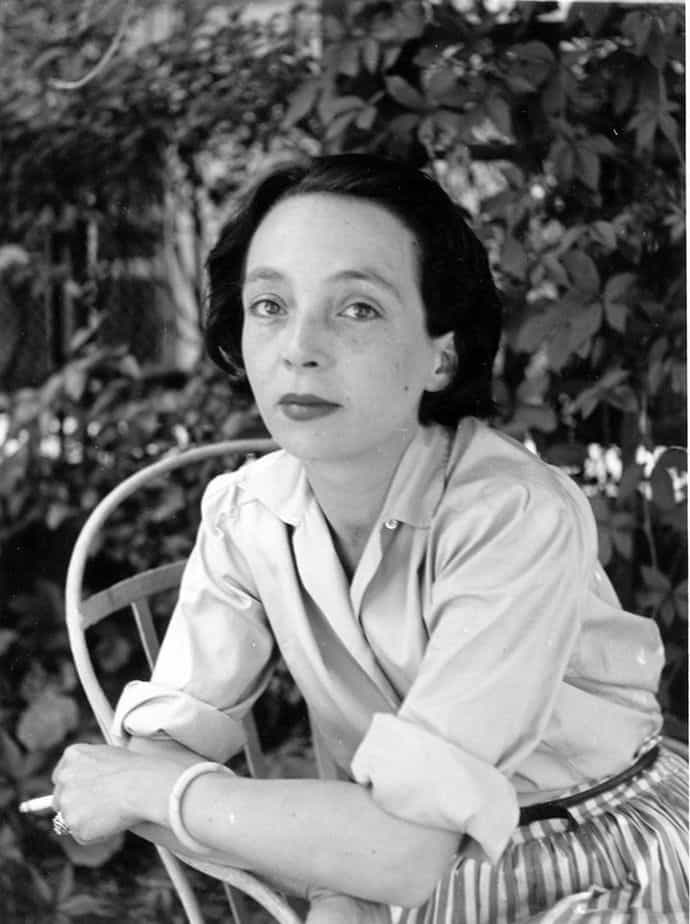 Marguerite Duras was a famous French author that lived and worked throughout the 20th century. She had a very interesting upbringing in what was called French Indochina at the time.

Her childhood set the tone for the rest of her life, and the more I learned about Duras, the more I became fascinated with her. Then, I started to read her writing. I walked away just as fascinated as when I started.

Today I’m going to be sharing a little bit more about Duras’ life with all of you! Get ready for a rollercoaster, as that is what you can expect from Duras.

1. Marguerite Duras was born in Vietnam 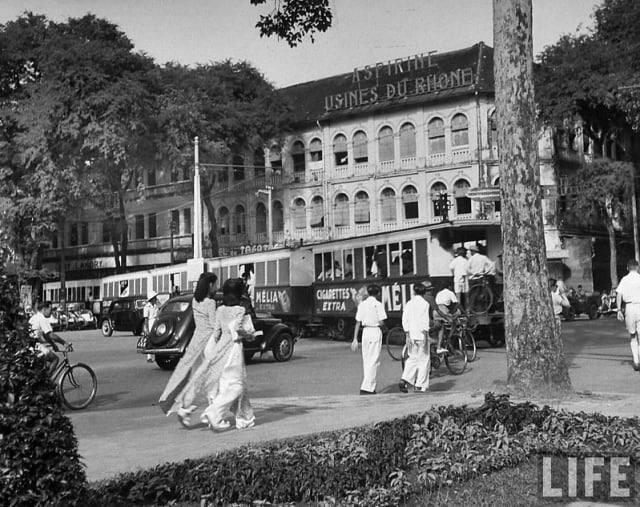 In the early 20th century, what is now known as Vietnam was a French colony by the name of French Indochina. The French government launched a campaign to encourage French people to move to the colony to start a new life there. Duras’ parents, both teachers, responding to the campaign and decided to move there to start a family.

Duras was born Marguerite Donnadieu in 1914 in Saigon, and she is the only girl of 3 children. Soon after the family had settled in the city Duras’ father became sick and had to return to France, where he died. Duras’ mother decided to remain in the colony to raise her children.

The family was extremely poor and experienced many difficulties. Duras’ mother invested her life savings into a rice farm that ended up being a terrible investment. Duras writes often about her experiences in Indochina. She touches specifically on her mother’s difficulties in her novel, Un Barrage contre le Pacifique (The Sea Wall). 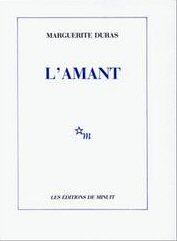 When Duras was 17 years old, she decided to move to France in order to complete her studies. She originally started out studying mathematics, but eventually moved onto lax and politics. I’ll expand on this later!

Duras had a real talent for writing, and went on to produce numerous novels, essays, plays, interviews and fiction. Perhaps her most famous work was published in 1984 and is called L’Amant (The Lover).

It is an semi-autobiographical story of a woman falling in love with a young Chinese man. The Lover won the Prix Goncourt, a respected prize in French literature, in 1984.

Other notable works by Duras include The Sea Wall, Moderato Cantabile, and Le Ravissement de Lol V. Stein (The Ravishing of Lol Stein).

3. Many of Marguerite Duras works were made into movies 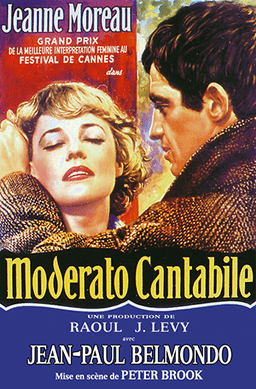 Several of Duras’ works were immediate hits, and were noticed by many different film directors. The Sea Wall was her first novel to be adapted into film, first in 1958 by the French director René Clément, and was called This Angry Age. It was made a second time in 2008 by a Cambodian director named Rithy Panh and maintained the name The Sea Wall.

The novel that really skyrocketed Duras to fame was Moderato Cantabile, which was the inspiration for the 1960 film Seven Days…Seven Nights (Moderato Cantabile in French) by Peter Brook. The film starred the French movie stars Jeanne Moreau and Jean-Paul Belmondo.

Duras was renowned for her command of dialogue in her works, and so it makes sense that many different directors and producers wanted to make them into movies!

4. Marguerite Duras was also a screenwriter and director 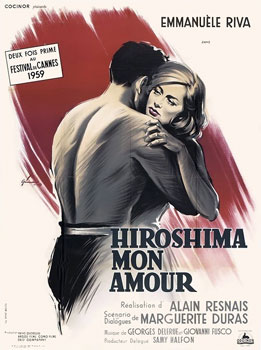 In addition to working with other directors, screenwriters and producers, Duras tried her hand at creating on her own. She wrote a play called India Song, which she made into a film that she directed herself in 1975.

She also wrote the screenplay for the 1959 movie, Hiroshima mon amour (Hiroshima My Love), which was directed by the great Alain Resnais. The film was a hit, and told the story of a French woman’s relationship with a Japanese man. The film utilized flashbacks and focused strongly on memory.

Duras directed 18 films in total over the course of her career. 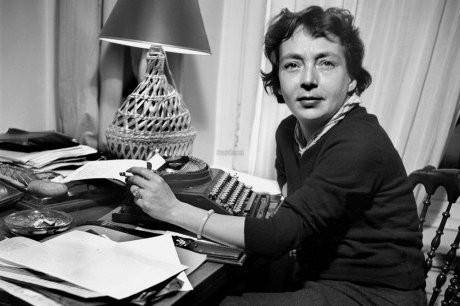 I already mentioned that Duras returned to France to study mathematics at university. She soon realized that she preferred law and politics, and she earned her degree in political science and law from the Sorbonne.

Duras then worked for the Ministry of the Colonies. At this time, she also decided to change her name from Marguerite Donnadieu to Marguerite Duras. In 1939, she met and married her first husband, a writer named Robert Antelme. I’ll share more on him later!

During World War II, Duras worked for the Vichy government, but she leveraged this position to be of help to the French Resistance movement. She was also a member of the French Communist Party, thanks to her passion for law and politics.

6. Marguerite Duras was a part of the French Resistance 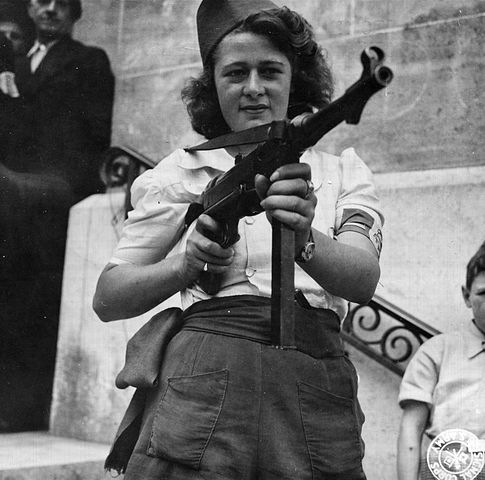 As I mentioned, Duras worked with the French Communist Party and the French Resistance movement during World War II. The Resistance was an underground network of French people and foreigners that were working in secret in the hopes of dismantling the Nazi party during the occupation of France.

Duras wrote many important works on WWII and the Resistance. La Douleur (War: A Memoir) was a novel that was published in 1985, but it was based on the diaries that Duras kept during the Second World War.

The novel is a collection of 6 stories, and gives insight into the goings on in France during the occupation. It also tells the story of the arrest of Duras’ first husband, Antelme.

7. Marguerite Duras’ first husband was sent to a concentration camp 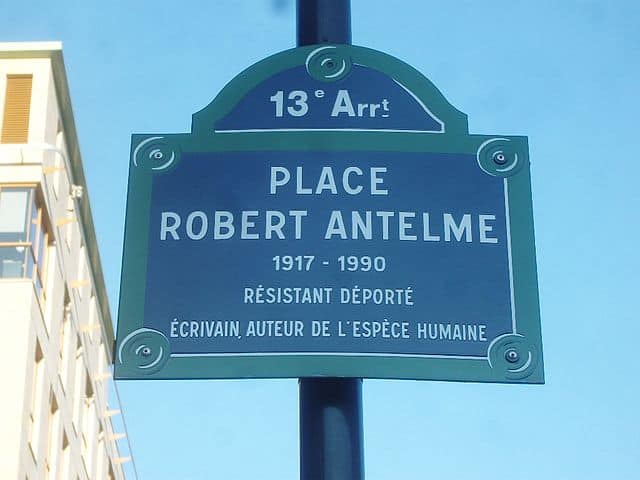 Duras’ first husband Robert Antelme was not Jewish, but he was arrested by the Gestapo in 1944 for his involvement with the French Resistance. He was sent to the concentration camp called Buchenwald, which was one of the largest camps in Germany.

Antelme survived the camp, but just barely. According to Duras, he weighed a terrifying 84 pounds (38 kilograms) when he came home. Duras nursed him back to health, but divorced him soon after. The future French president François Mitterrand played a huge role in saving Antelme from the camp! 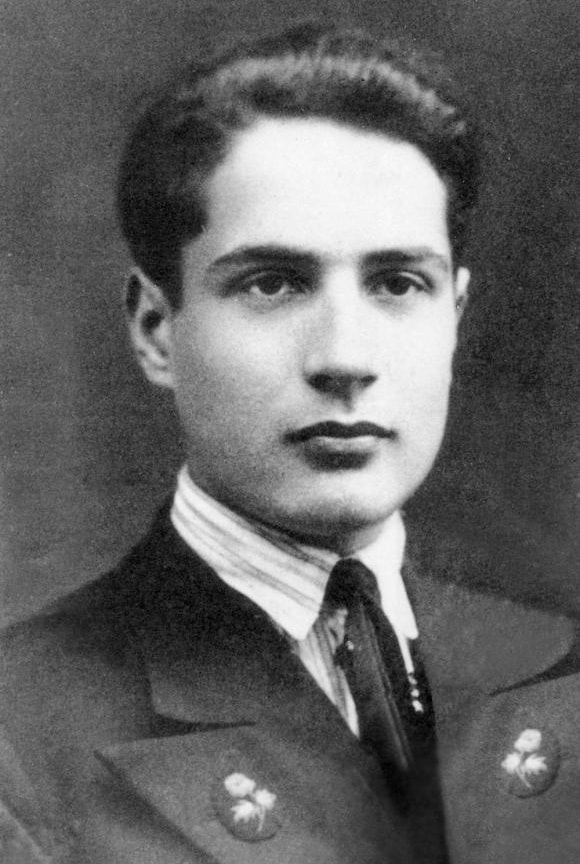 François Mitterrand would go on to become president of France from 1981-1995, making him the longest serving president in French history. But, before he became president, he was deeply involved with the French Resistance movement during WWII.

It was through the Resistance that Duras met and befriended Mitterrand. After Antelme had been arrested and taken to Buchenwald, Duras thought that all hope was lost for her husband. As the end of the war loomed, Antelme was marched to the Dachau concentration camp, where he was placed in quarantine.

Mitterrand discovered Antelme while on an investigation mission and was determined to help save him. A few weeks later, he sent Dionys Mascolo (who would actually go on to become Duras’ second husband) and Georges Beauchamp to the camp disguised as German officers. They smuggled Antelme out of the camp and brought him back to Paris.

Duras and Mitterrand would remain friends for the rest of their lives!

9. Marguerite Duras signed the Manifesto of 343 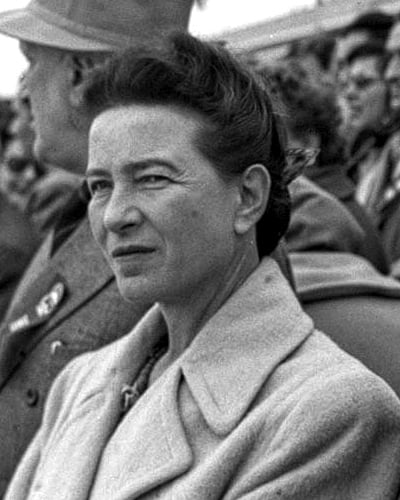 Simone de Beauvoir, one of the signers of the Manifesto of 343 in 1955 – WikiCommons

The Manifesto of 343 was a petition signed by 343 French women in 1971. The petition stated that these women “had the courage to say, ‘I’ve had an abortion.'” At the time, abortion was illegal in France and therefore the petition was considered an act of disobedience.

“One million women in France have abortions every year. Condemned to secrecy, they do so in dangerous conditions, while under medical supervision, this is one of the simplest procedures. Society is silencing these millions of women. I declare that I am one of them. I declare that I have had an abortion. Just as we demand free access to contraception, we demand the freedom to have an abortion.”

The manifesto was published in the magazine Le Nouvel Observateur in 1971, and would go on to influence the passing of a law that legalized abortion in France in 1975. The law was named after another famous French feminist Simone Veil, under the name the “Veil Law.” 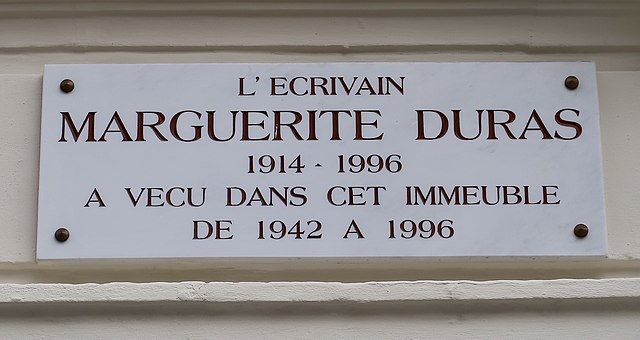 Duras suffered from several serious health scares over the course of her life. In the late 1980s, she had chronic bronchitis, and fell into a coma. She remained in a coma for 5 months, and miraculously woke up unharmed.

Duras also suffered from alcoholism. She says that she fell into several toxic relationships with men that also had drinking problems, causing her to go to rehab in 1982. This was one of the most difficult experiences that Duras ever went through. Her third husband, Yann Andréa wrote a book about this time in their lives called M.D.

Duras died in Paris in 1995 at the age of 81. You can visit her tomb in the Montparnasse Cemetery.

Marguerite Duras lived a long and eventful life over the course of the 20th century. She was born and raised in Indochina, she fought with the French Resistance, and was a celebrated writer and director.

She was a feminist, a romantic and a talented writer. Do yourselves a favor, get out there and read her works or watch her films. I promise you won’t be disappointed!

I hope you enjoyed learning more about this famous female French writer! If you want to learn more about famous French citizens and personalities, I recommend that you join one of our walking tours the next time you’re in Paris! All of our tours are led by local guides that are sure to impress you with their extensive knowledge. Click here to learn more and make your reservations!