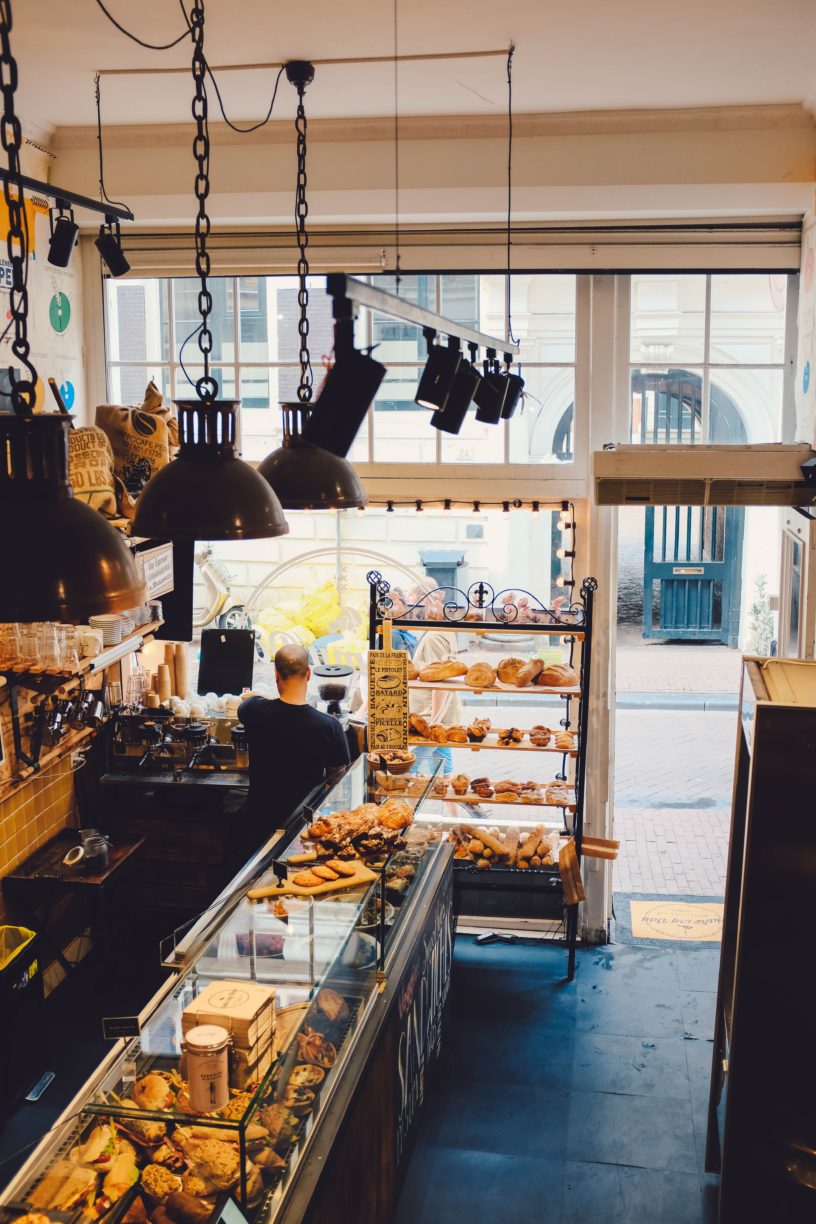 When it comes to food, the French are known for many things. Dessert is definitely one of them. They really know how to combine basic elements into magical, mouthwatering experiences. Many French dishes whether sweet or savoury are built on the basic ingredients of butter, eggs and flour. Cream is often added when it comes to the sweeter French options. As a result, the combination of these simple ingredients has made way for the innovation of many unique culinary techniques. With these, the French bring a flair to dessert that is tough to match.

1. Crêpes: the dessert you can’t go without

In Paris, you will see crêpes everywhere, and anywhere you see them, they will no doubt be good. There is no need to look to a fancy restaurant for a delicious French crêpe as this is a simple, but widely perfected recipe. 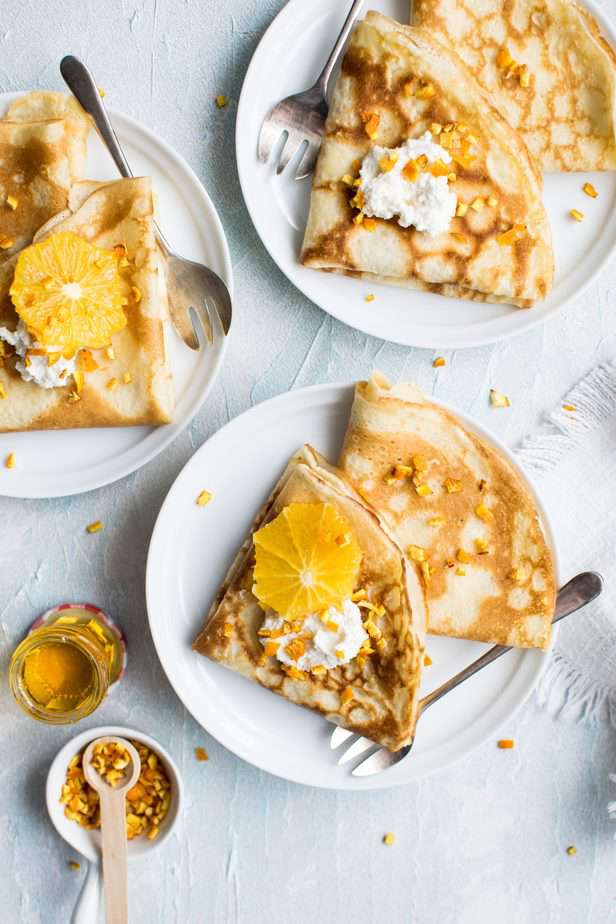 Citrus and cream crèpes. Photo by Monika Grabkowska on Unsplash

While not always sweet, French crêpes are thin, pancake-like fold overs that get filled with almost anything you could imagine. You will see a lot of places in Paris offering Nutella crêpes as the most popular filling.

More traditionally, you should try Crêpes Suzette, which are crêpes covered in a caramelised butter sauce made up of orange juice, zest, sugar, Grand Marnier or orange Curaçao. It is often served “flambé”, or in other words, in flames! This citrus combo inspired simpler topping such as lemon juice and sugar. 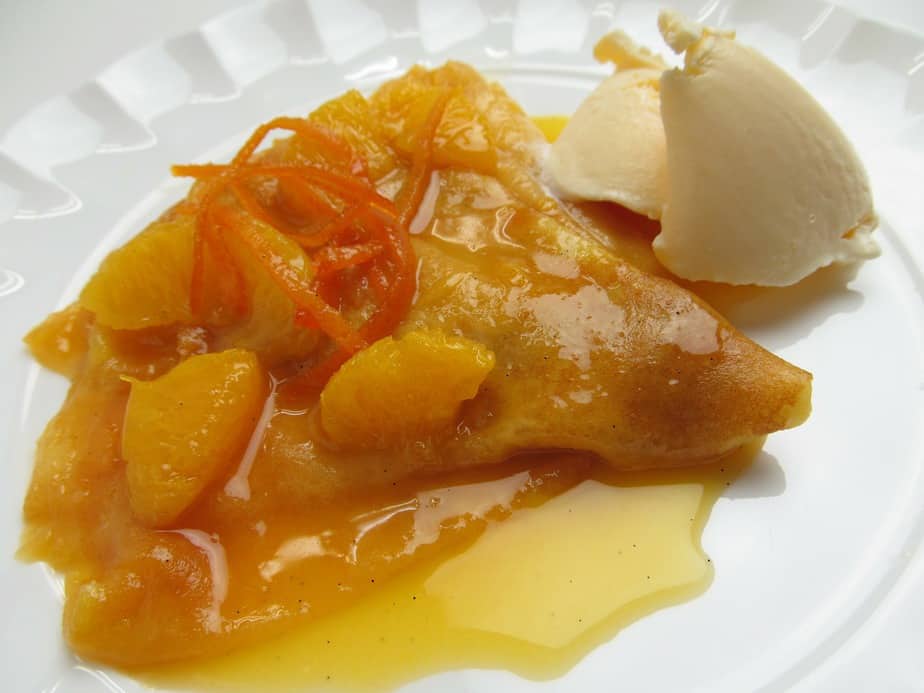 For a healthier version, acceptable as an option for breakfast, you could go for fruity fillings like bananas, berries and peaches. Savory lunch or dinner fillings can include cheese, spinach, mushrooms and meats. Whoever said dessert is only for after dinner?!

2. Macarons: the fanciest finger food there ever was

Interestingly, the name for this well-known French delicacy has its origins in the Italian word for ‘fine dough’ – maccherone. It is thought that the sweet little bites of bliss were brought over to France from Italy, by Catherine de’ Medici. The very first macarons were created using  much of the same ingredients as today, but were much less fancy. This is where the French came in and earned the credit for macarons as we think of them today. 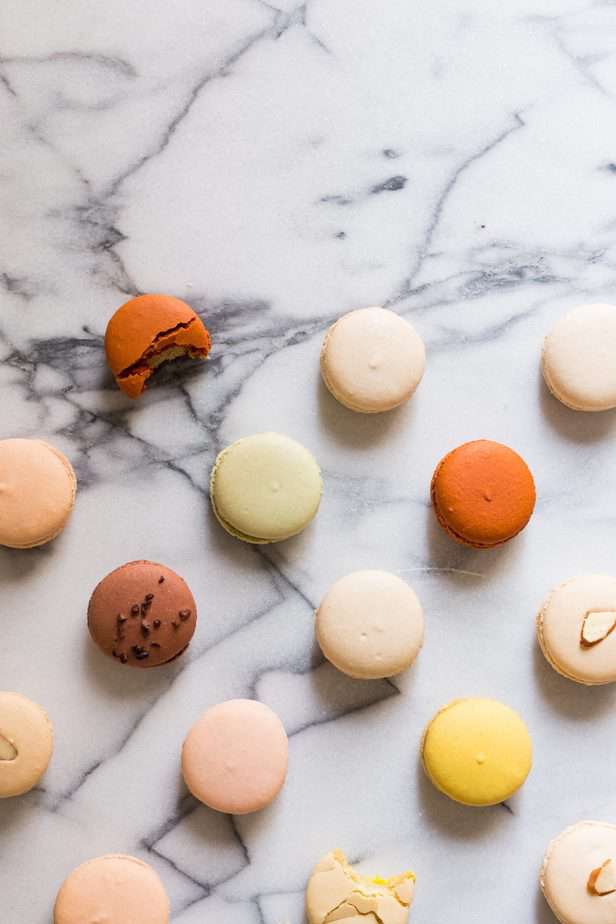 Two of Paris’s most well known pastry boutiques are Laduree and Pierre Herme. I would definitely recommend giving them both a try. While their specialties may be the same, their execution and crafty flavours combinations are not! There is much debate as to which boutique store is the real cream of the crop when it comes to macarons. If you try them both, you get to decide for yourself!

Chocolate is thought to have first been brought to France in the form of a drink. After the art of chocolate making had been honed, the French began putting their own spin on how and where to use it as an ingredient. With, butter and eggs being two very important ingredients in French cooking, it is easy to see how chocolate mousse came about. 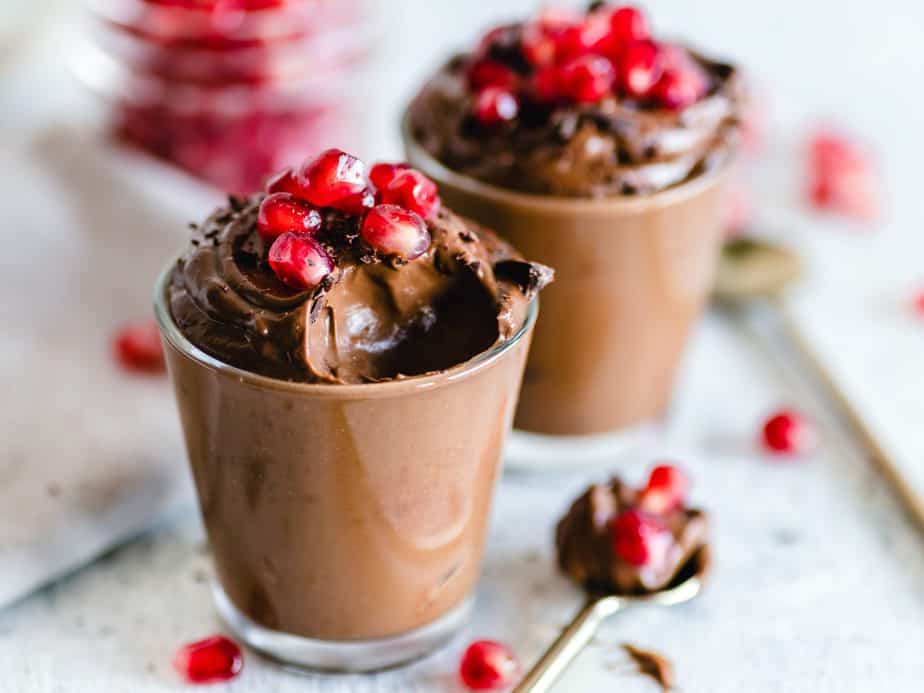 4. Apple Tarte Tartin: a winter warmer to try at home

This French hero is said to have been made famous by the Tartin sisters who owned the Hotel Tartin in Lamotte-Beuvron. Although called a tart, the Tarte Tartin is made in an unconventional way. Traditionally apple based, the fruit is cooked in a copper dish and covered by pastry. This way of cooking allows the apples to caramelise in butter and sugar. After it has been in the over long enough, the Tarte is then flipped over to reveal sticky golden apples on a crisp pastry base. 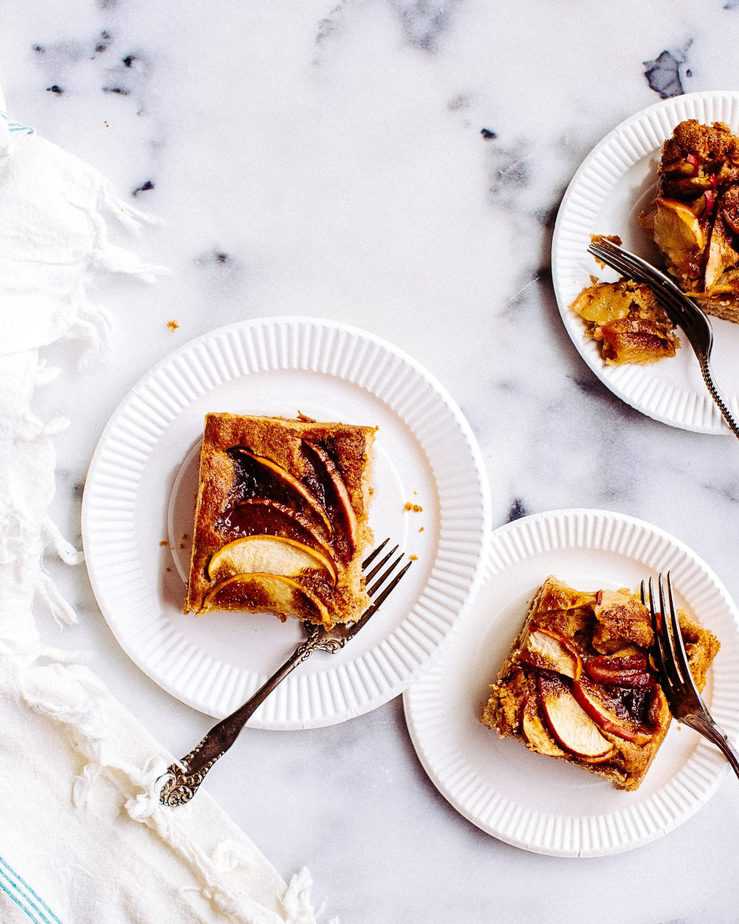 You will be able to find a decent Tarte Tartin in most of the pâtisseries that line the Paris streets. Some places to try that offer unique experiences of this magical dessert however, are Blé Sucré, Bo&Mie and Stohrer (the oldest pâtisserie in Paris).

5. Baba au Rhum: A boozy sponge to get you in a festive mood

Also said to have been brought to France in the 1600s, this dessert became what it is today thanks to a Polish princess’s chef, named Stohrer. And yes, that is the same Stohrer who opened Paris’s oldest pâtisserie. Definitely worth a visit whenever you happen to find yourself in the 2nd or 3rd arrondissement. 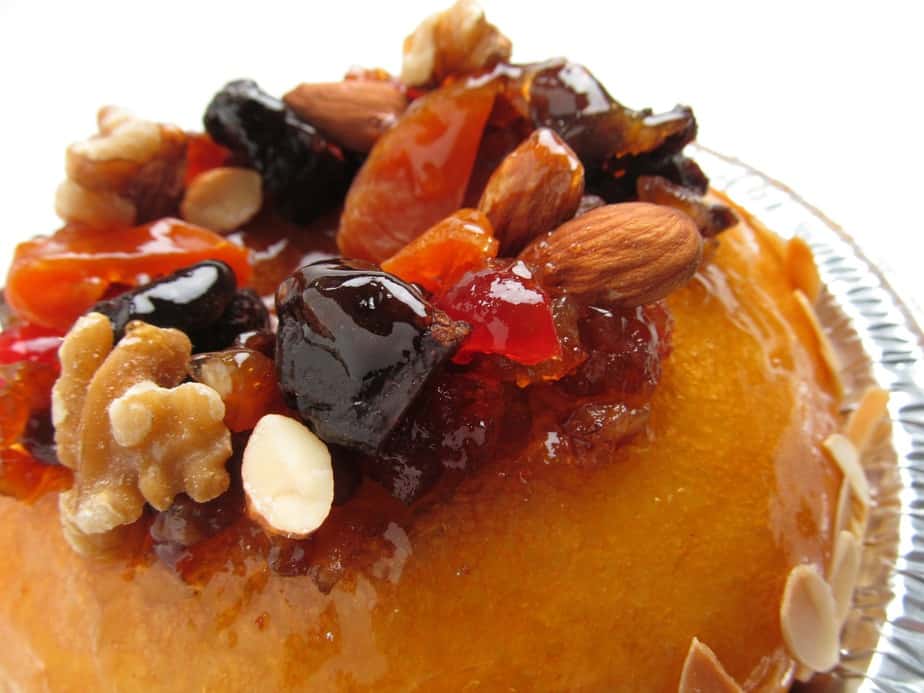 There are unique variations of Baba au Rhum  across many countries in Europe and each have a different name. One thing remains consistent however, and that is the addition of rum as a vital ingredient. With a base similar to French Brioche, this pudding is differentiated with the inclusion of dried fruits and of course, a good dousing of rum. 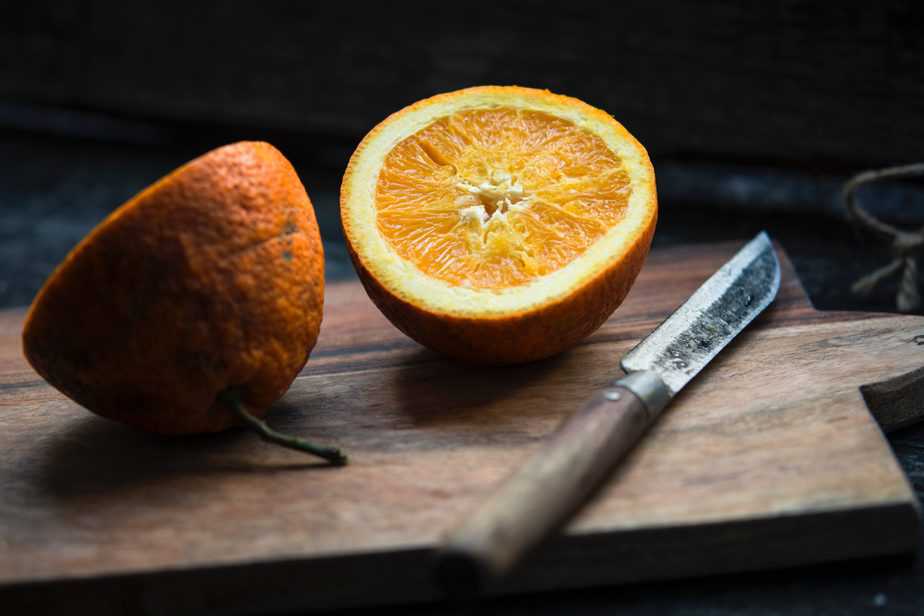 Traditional recipes include citrus rinds and raisins or currents, but these are sometimes left out in more modern recipes and replaced with flavours like vanilla and cream.

Traditional Rum Baba is a perfect dessert to get you warmed up and feeling festive during the icy Parisian winter.

6. Crème Brûlée: the complete sensory experience for the eyes, ears and mouth

There is much debate about the origins of this dessert which is typically known to be a French speciality. Regardless, the French name for this dessert is the one that has stuck and that many of us know it to go by. In this dessert, the egg is once again the start of the show, with cream and sugar added to the classically French mix. 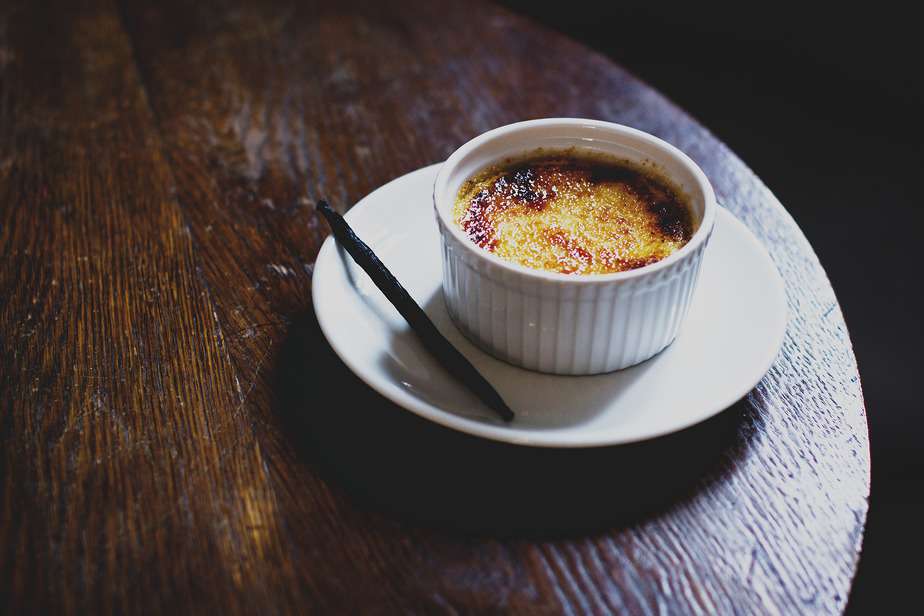 The secret to the famous Crème Brûlée, if you didn’t already know, lies in its caramelised sugar coating. There is much technique to acquiring the perfect ‘crack’ on a Crème Brûlée. And the French do it pretty darn well. Served individually in small ramekins, this dessert is perfect for one. While it can be shared, there is always a small joy that comes from cracking a Crème Brûlée crust all by yourself!

These heavenly little puffs originate from the Lorraine region of France and go as far back as the 1700s. Quintessentially French, they are made from butter, flour, sugar and eggs. Though this may sound like the basics of any simple cake, Madeleines are distinguishable by their iconic shell-like shape. 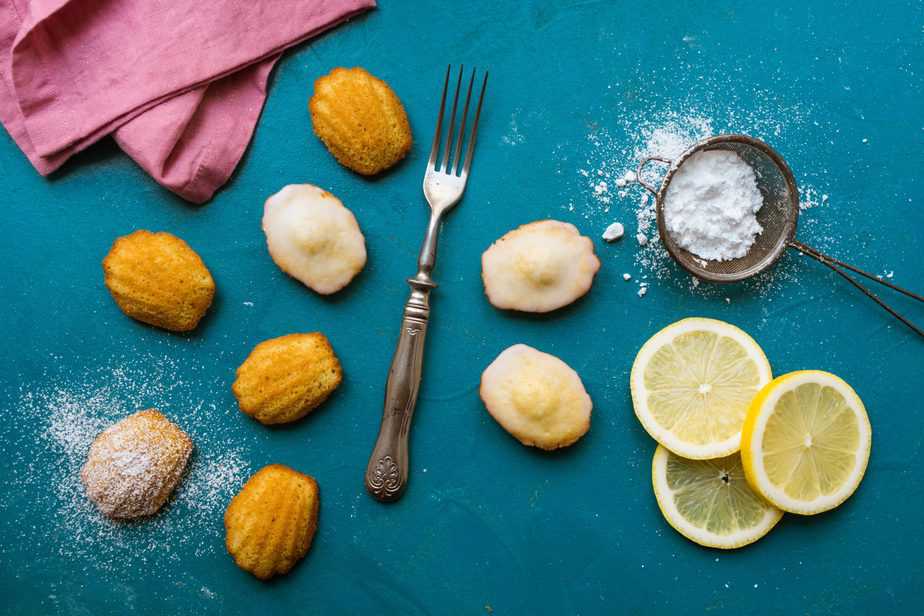 The French novelist Marcel Proust famously featured the Madeleine in a novel from his series ‘À la Recherche du Temps Perdu’. In this reference, he finds intrigue in the way that the act of eating a Madeleine as an adult transports him to a younger time. This work has been translated into the English versions ‘Remembrance of Things Past’ and ‘In Search of Lost Time’.

8. Chocolate Soufflé: the trickiest recipe in the book

The achievement of a perfect soufflé is one of the toughest cooking techniques to master. This cooking method involves a lot of science and is therefore very easy to flop. It includes the same three base ingredients as many of the desserts on this list: butter, flour and eggs. The name comes from the French verb souffler, which means ‘to puff’ – the perfect description for this French delicacy. 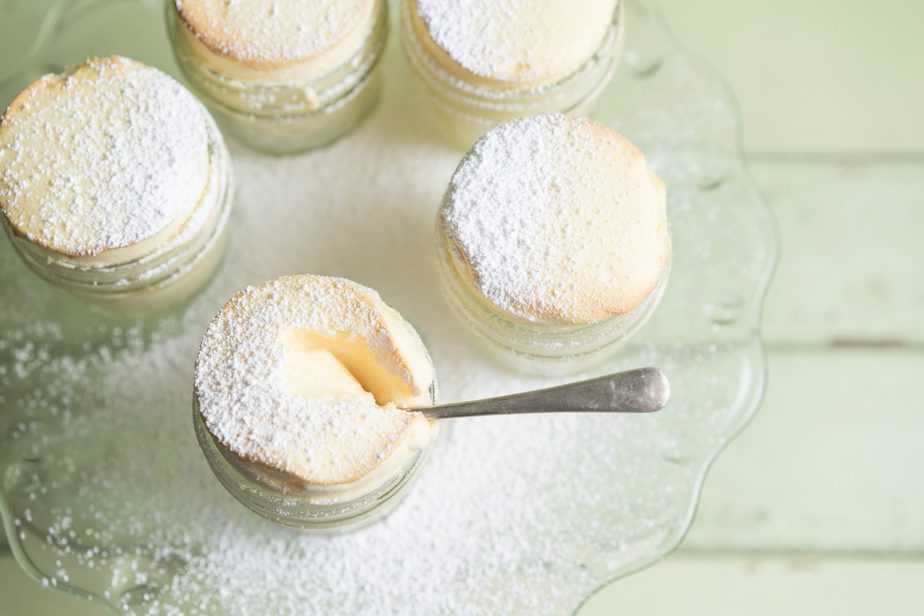 While not always sweet, it is easy to understand how this dish lends itself to the addition of sugar and chocolate. When done perfectly, a soufflé is so fluffy and light that it just melts in your mouth. A perfect after-dinner treat, this dessert will leave you feeling perfectly satisfied.

This posh pudding is famously known to have been created by French culinary hero, Auguste Escoffier. The dish is traditionally a combination of sweet poached pears, topped with ice cream and drizzled over with dark chocolate sauce. It is finished off with a sprinkling of crystallised violets. It is said to have been inspired by the Jacques Offenbach’s “La belle Hélène” Opera in 1864. 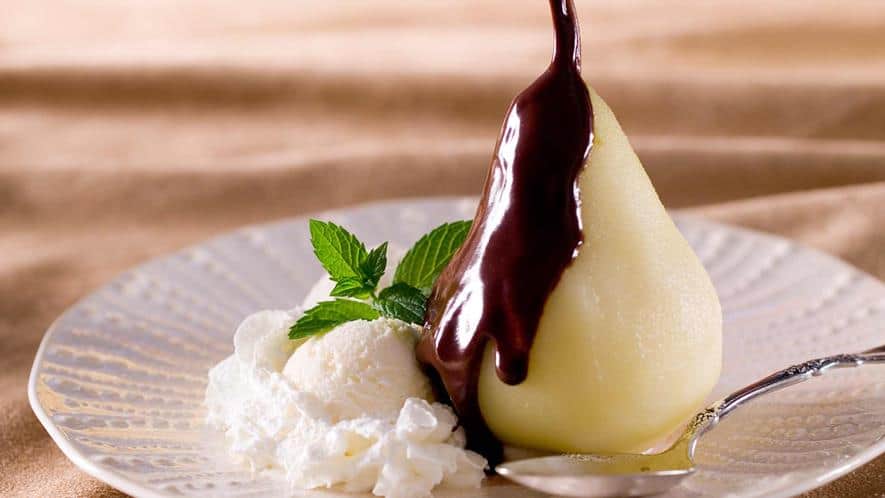 Today, it may be tough to find Poire Belle Hélène with the beautiful touch of candied violets. Because they are more readily available, almonds are usually substituted.

10. Millefeuille: the sweetest of them all

This is one of my all-time favourite French desserts. Whether it’s the name or the sheer beauty of it, the ‘thousand leaves’ pudding is a true French treat. Once again, this dessert is made with the cornerstone ingredients of French dessert: cream, butter, eggs and flour. As a result, Millefeuille becomes a combination of crispy and creamy deliciousness. 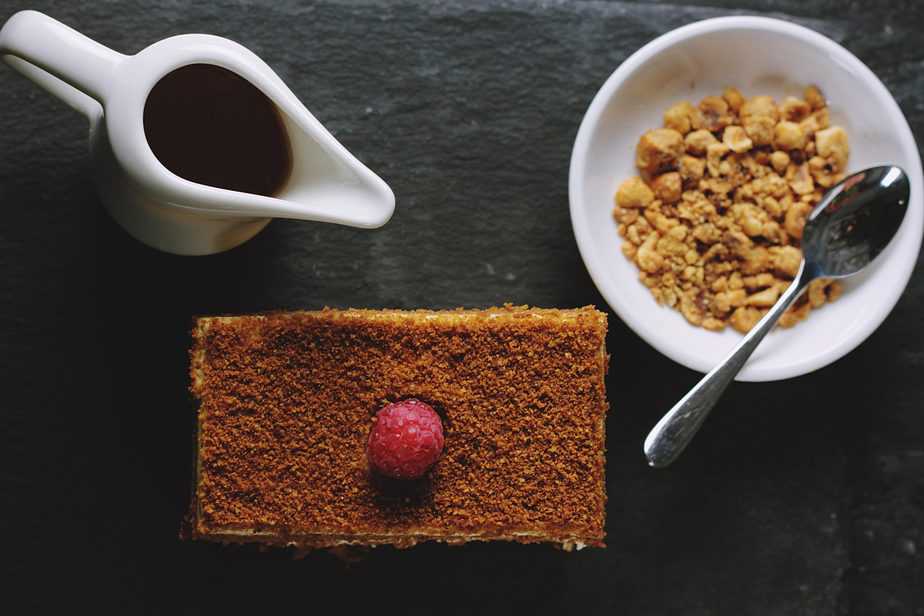 Sheets of thin puff pastry are layered with perfectly textured Crème Pâtissière. My favourite version is topped with fresh, tart raspberries that cut through the sweetness to balance the whole experience. The traditional version however, is topped with fondant and decorated with a spider-web like pattern made from chocolate.