Top 10 Facts about the Champs de Mars in Paris 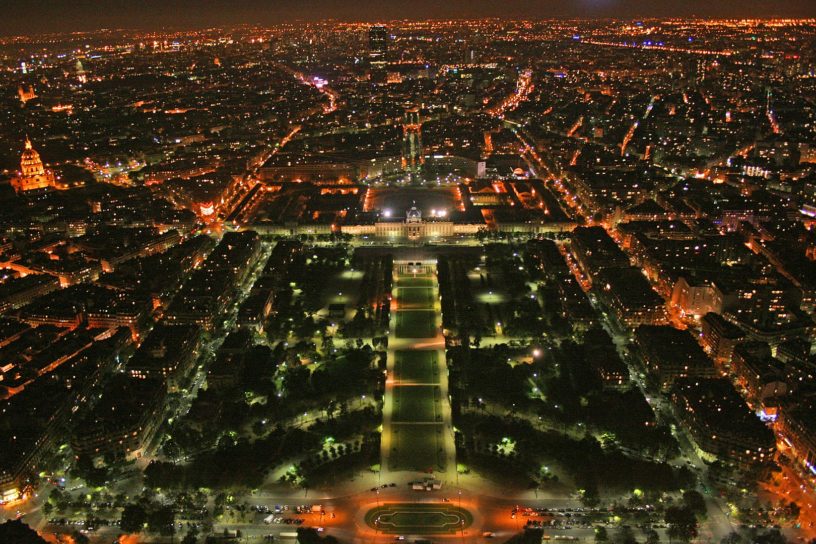 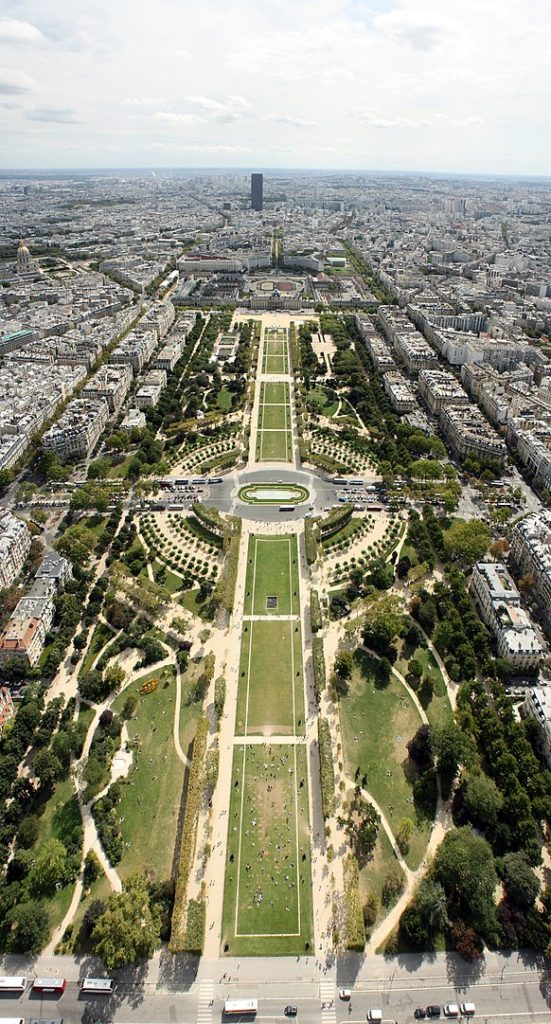 Top 10 Facts about the Champs de Mars in Paris

The Champ de Mars is a big park in Paris located right by the Eiffel Tower. It sits between the Ecole Militaire military academy and the River Seine.

Many Parisians that go to his park spend time picnicking and letting the children have fun at the play area in the park.

Before the area became a park, it was a Military training school used for Military drills. It was during this period that the park later got its name in honour of Mars, the Roman god of war.

The Park stretches from the northwest to southwest of the Eiffel Tower. Soldiers used to parade up and down the avenues in the park during training.

Several events have been held at the park including the world fairs, revolution acts and the 1791 massacre.

Here are the top 10 facts about the Park.

1. Champ de Mars was once a vegetable garden

This stretch of land was where the Parisians grew their organic vegetables and fruit.

They had small plots in the location originally known as Grenelle. The harvest would be sold in onsite markets.

There were vineyards too, this was when Paris was still a winemaking region. The location was however not very fertile and was soon abandoned.

These agricultural activities made the land flat when viewed from a panoramic angle.

Part of its purpose, which was a farming field, contributed to its current name.

Champ means field in French while Mars was a tribute to the Roman god of war. 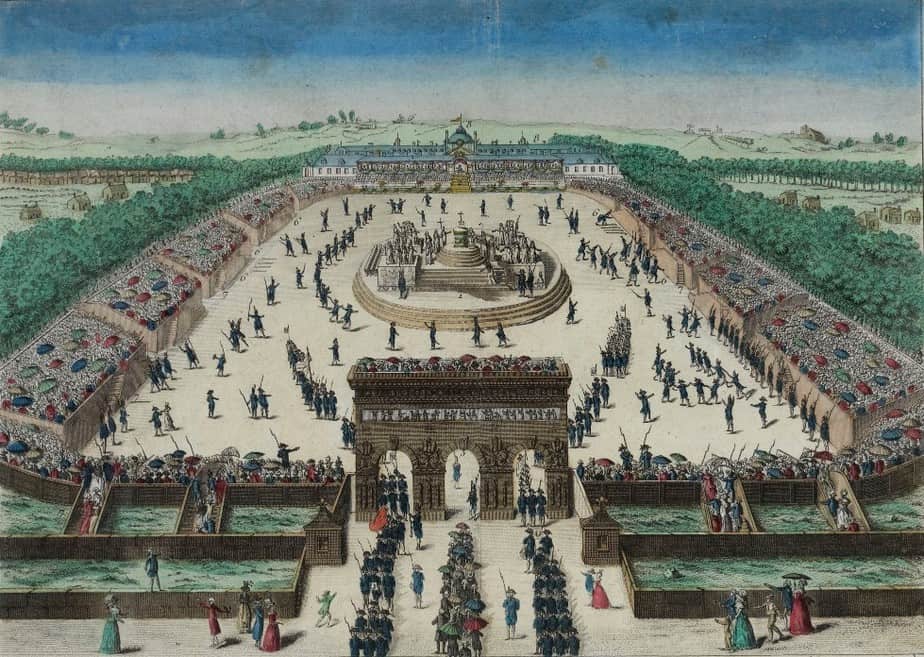 The fruits and vegetable plots were soon replaced with a military camp.

Ange-Jacques Gabriel, an architect, designed the military camp known as Ecole Militaire in 1765.

The training camp was to have a drill ground attached to the main building.

This was designed to be on the southern side but later changed to the northern side of the building.

Since it was used for military drills, the place was named after the Roman god of war. There were thousands of military cadets training at the same time.

Ange-Jacques ensured that the grounds were completely levelled, he then oversaw the construction of a long avenue. They planted trees by its sides.

3. The Champ de Mars was used for different events 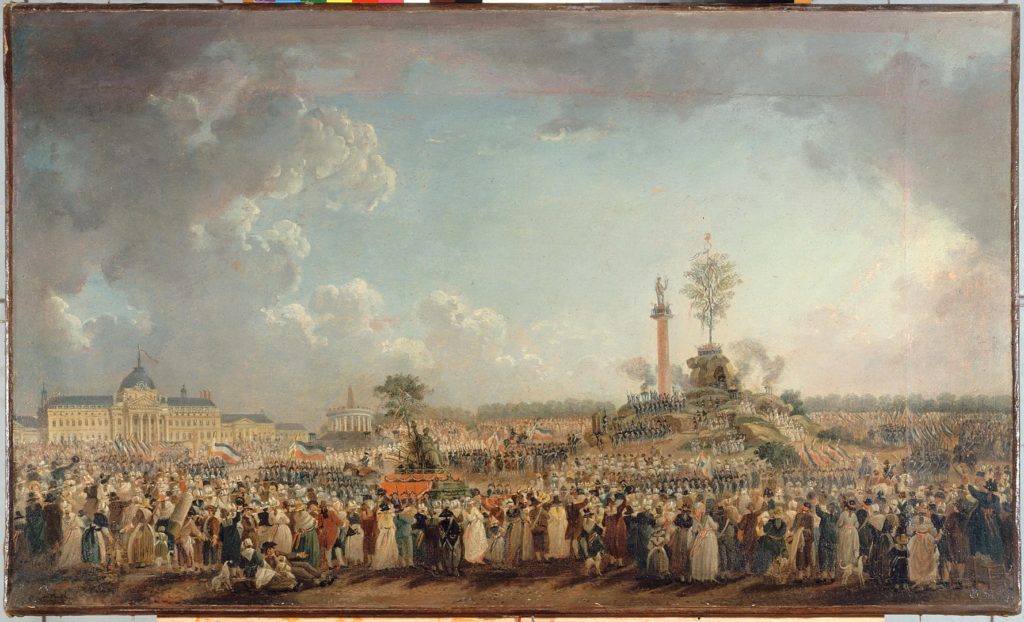 It started as a vegetable garden which later turned into a military training camp.

Champ de Mars has served different purposes over the centuries. In the 18th century, this location hosted the first Fete de la Federation.

This celebration was to mark the first anniversary of the storming of Bastille.

It was also used as a horse race track for some time. Later in 1890, it was redesigned in preparedness for the Universelle Exposition.

The designer was Jean-Camille Fromige who reduced the size of the field.

They redesigned it nine years later during which the Eiffel Tower was being constructed.

The first mayor of Paris was executed here after a failed revolution in 1793. In 1794, the Festival of the Supreme was celebrated here too.

This park is accessible day and night. It is an ideal place to have a picnic or evening romantic dates.

During warm summer days, the park is filled with families and couples alike.

It is even more beautiful as darkness draws in as one can see the illuminations of the Eiffel Tower and the twinkling lights that go on for a short time each hour.

This is a favourite place for many Parisians. It has ornamental ponds and winding trails as well as wide-open spaces of grass.

5. It is the best picnic spot in Paris 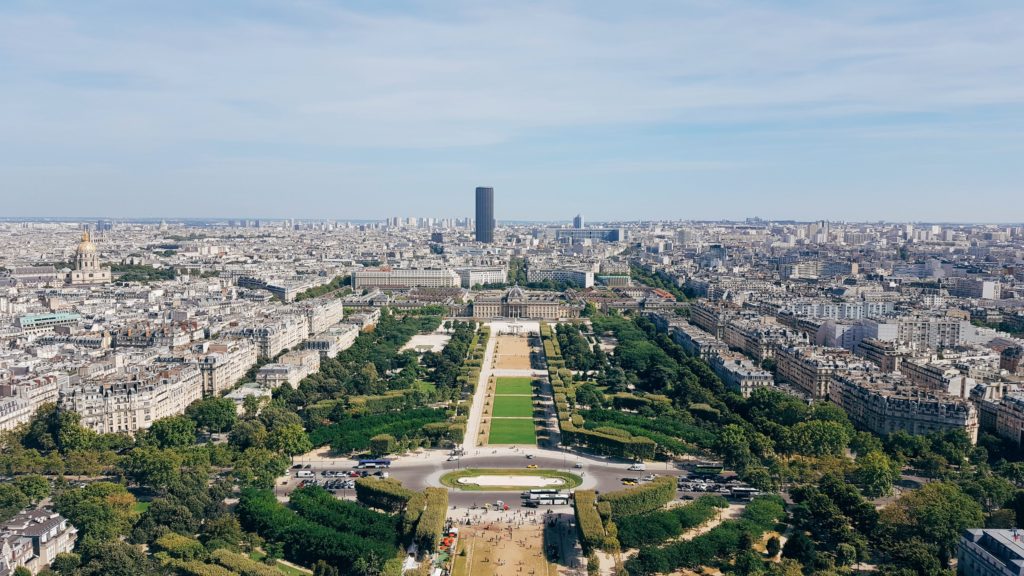 Photo by Lucas Gallone on Unsplash

Champs de Mars park is a favourite spot for many to sit and relax, stroll or enjoy a picnic.

The icing on the cake is the views of the Eiffel Tower monument which impressively stands tall on the northwest side of the park.

There are cafes and snack bars close by that sell pizza, assorted pastries, fruits, cured meats, crepes and salads.

6. It is a fun paradise for families and kids

Champ de Mars is a playground paradise. The park has four different playgrounds.

There are swings, playboxes, climbing webs, basketball courts, table tennis table among many others.

Such facilities make this park family and child friendly. There is also a merry-go-round with horses on it.

Other children activities include a go-cart track and a traditional puppet show at the Marionettes de Champ de Mars puppet theatre in Paris.

7. Historical events have been held here 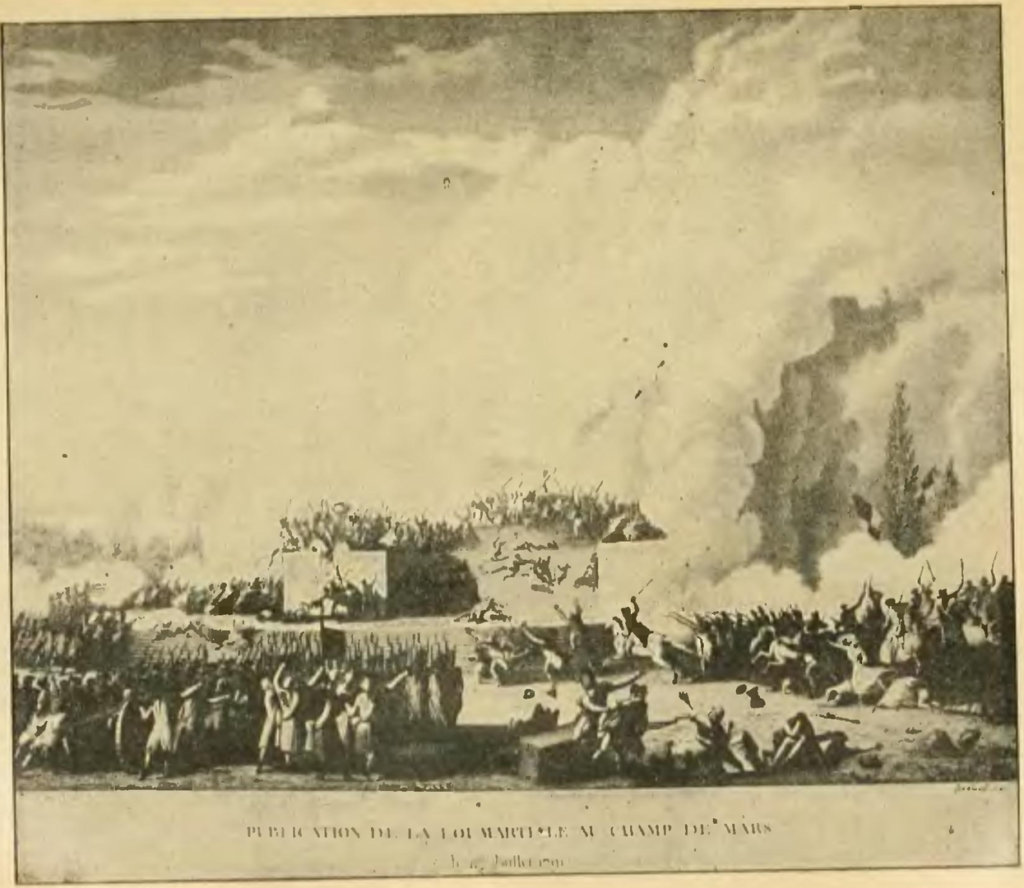 massacre on the Champ-de-Mars, 1791 By Jaurès_- Wikimedia

In 1791during the French Revolution, the National Assembly issued a ruling that King Louis XVI would remain king as the lawful monarch.

This did not sit well with the leaders of the Republican Party.

They had a gathering at this park where people signed a petition to remove the king.

An attempt to dismiss the crowd failed as it grew larger threatening the National Guard. They threw stones to the police who in return opened fire.

Several people lost their lives and the event was known as Champs de Mars Massacre.

8. There is a wall for peace in Champ de Mars

Champ de Mars park is a beautiful sight at night. The light shows from the Eiffel Tower makes this park a romantic location.

There is a new addition to the Park known as the wall for peace. The wall is made from a steel body with glass panels.

It was unveiled in 2000 and it has the word peace written on it in 49 different languages and 18 different alphabets.

People go here to add their comments and also read what others wrote. The wall was inspired by the Wailing Wall in Jerusalem, Israel.

9. The park offers the best views for the night show

The sight of the Eiffel Tower sparkling against the night sky is truly something not to miss while in Paris.

There are more than 20,000 lights that come to life when darkness checks in. This is an hourly show and to get the best views, Champ de Mars is the place to be.

The light show was first fixed in 1985 by Pierre Bideau who was an electrician and lighting engineer.

This one of the reasons why Paris is known as the city of lights.

10.  There are several other attractions around Champ de Mars

Champ de Mars is along 7th arrondissement street in Paris. This is also where several other monuments and historical landmarks are found.

There is the Eiffel Tower, Palais de Chaillot and the Trocadero, Palais de Tokyo and the Modern Art Museum of Paris, The Cité de l’Architecture houses, Musée de l’Homme, and Galliera Fashion Museum.