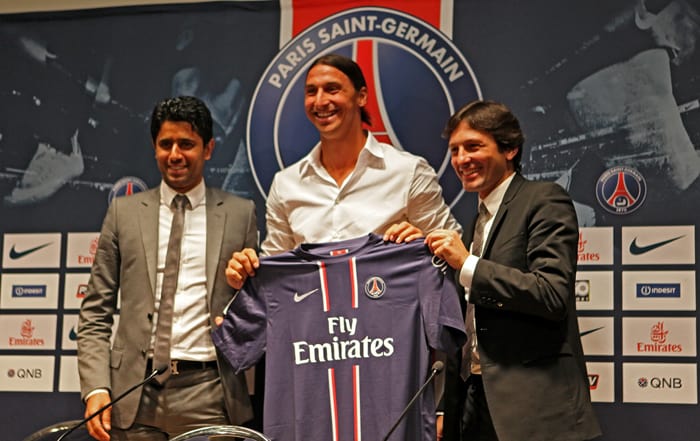 PSG rose to prominence in the 2010s after the Qatari takeover and signing of Zlatan Ibrahimovic - By By jeanfrancois beausejour - Flickr: psg 002 IMG_8503 internet, CC BY 2.0, https://commons.wikimedia.org/w/index.php?curid=20391329

PSG is no stranger to big-name players from all over the world. Charting the pastime of Paris saint-German is no easy task, with the giant now cementing its legacy as being the most successful club in the country – and one of the most successful, and lucrative, in the entire world.

With dominance in the domestic league, like winning the Ligue 1 four times in a row, PSG is known for having dynamic, engaging, talented, and prolific players who spend a few seasons at their club.

A Brazilian superstar who was one of the most trusted and reliable center backs in the game, Silva was arguably the best defender in France during his time at PSG. When he faces hard opposition, like AC Milan in the Champion’s League, Silva’s dominance really shines.

Playing for Paris Saint Germain between the years of 2012 and 2020, Sila made 204 appearances for the club. 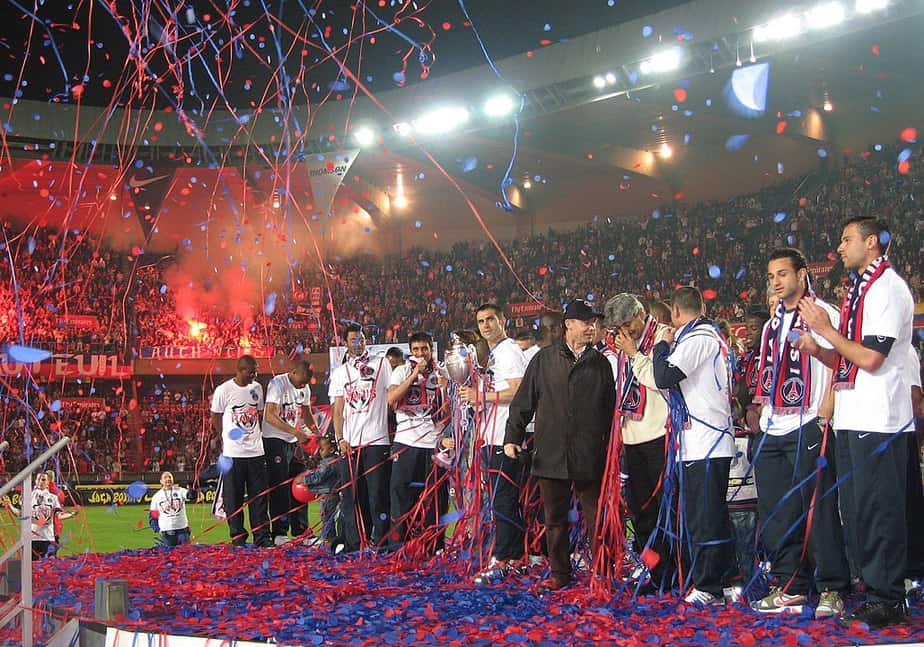 A French footballer born in Brive-la-Gaillarde, France, Alain spent the majority of his career at PSG. Coming from Auxerre after a 1-year stint at the rival Marseille, Alain spent 6 years at PSG, amassing 193 appearances as a defender. 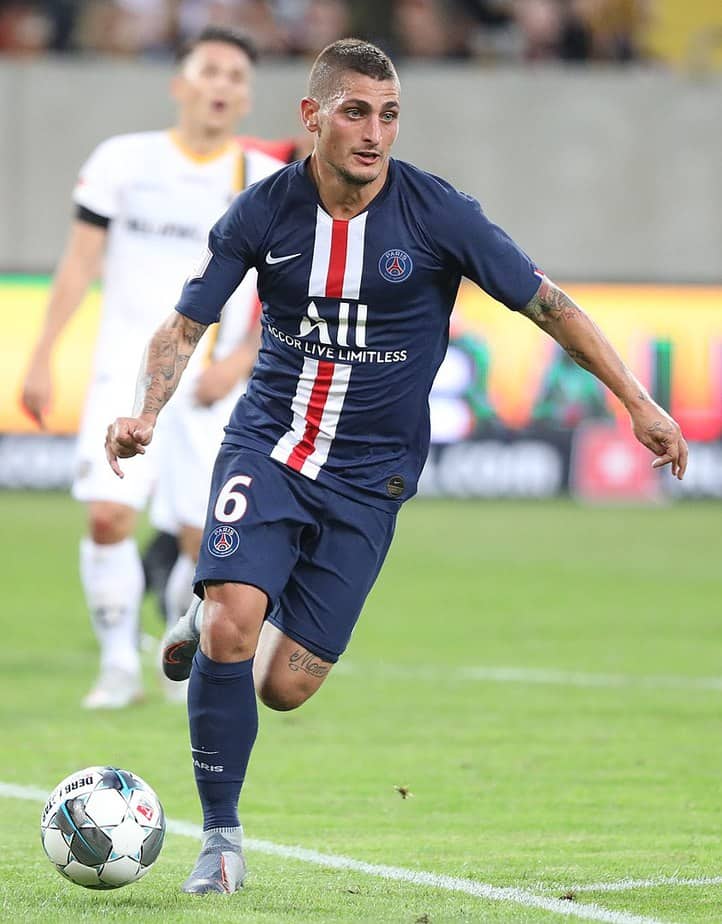 A 28-year-old who is currently playing for PSG, Verratti signed in 2012 – and has since earned a whopping 221 appearances for the club. Verratti scored and assisted goals at a younger age during his debut season, proving to be a valuable signing for the powerhouse club.

With his club prowess, Verratti has caught the eye of his country’s national team, making the Italian senior national team squad in 2012 and making 40 appearances for his country since then. 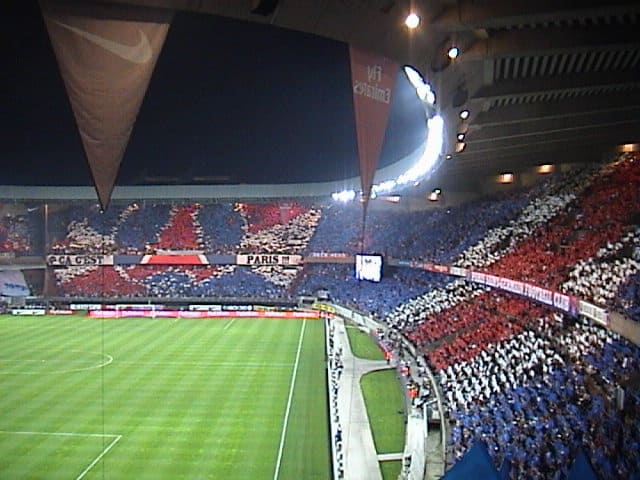 Ronaldinho arrived at the Parc des Princes to much fanfare – By By Walveur – Own work, CC BY-SA 3.0, https://commons.wikimedia.org/w/index.php?curid=12022757

Did you really think this man wouldn’t make the list? One of the best to ever play the game, Ronaldinho was known for his creativity, speed, dribbling ability, and infectious smile. With an unpredictable playing style that often left defenders in the dust, Ronaldinho played at PSG for two seasons during his career. 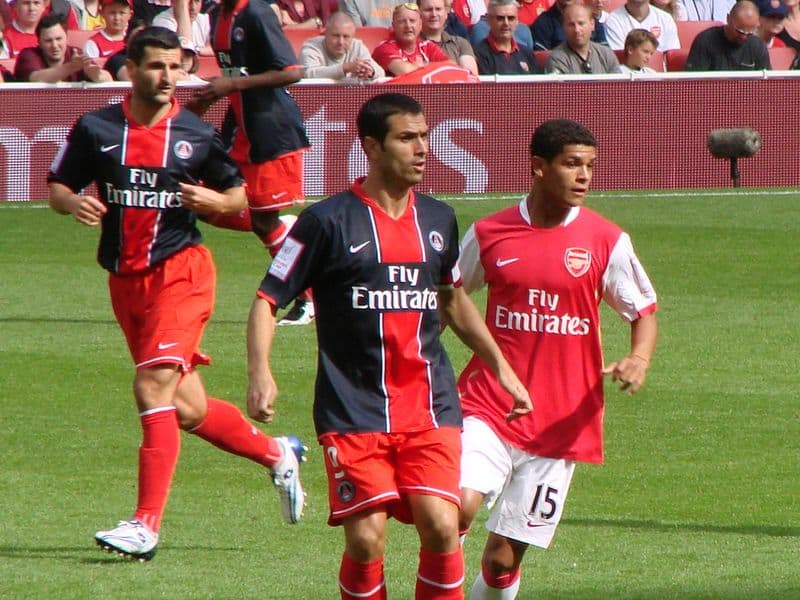 This Portuguese striker surely made a name for himself during his time at PSG. Pauleta joined Paris Saint-Germain before the 2003-2004 season, signing a 3-year contract. He soon went on to be one of the most important players at the club between 2003-2008, appearing 168 times and scoring 76 goals in the process. 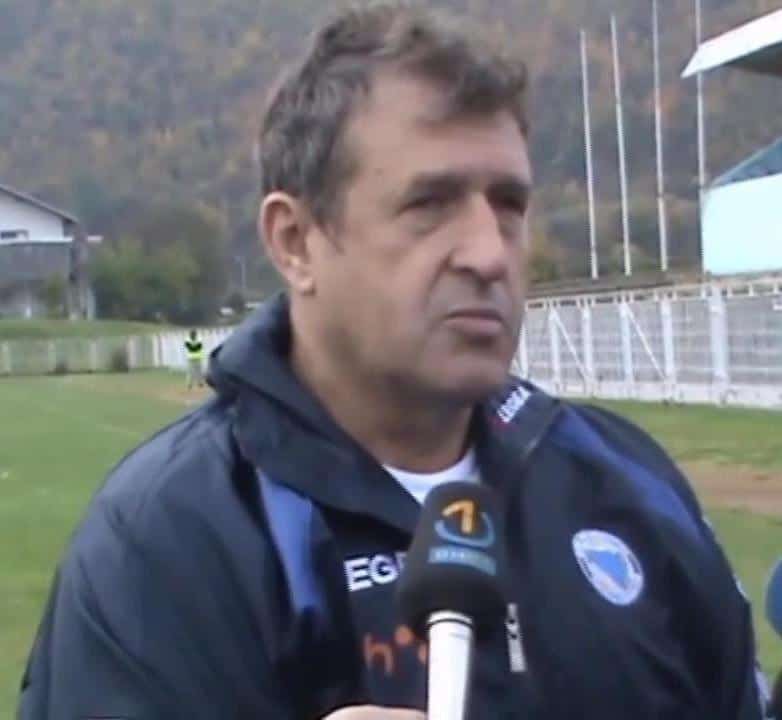 A retired Bosnian football player, and now manager, Susic spent 9 seasons at Paris Saint-Germain between 1982 and 1991. During his time at the club, he amassed 287 appearances and scored 67 goals.

Susic signed in 1992, where he helped PSG win the 1982-83 Coupe de France during his first season with the club. Two seasons later, Susic scored ten goals and helped the club win their first-ever national league title. 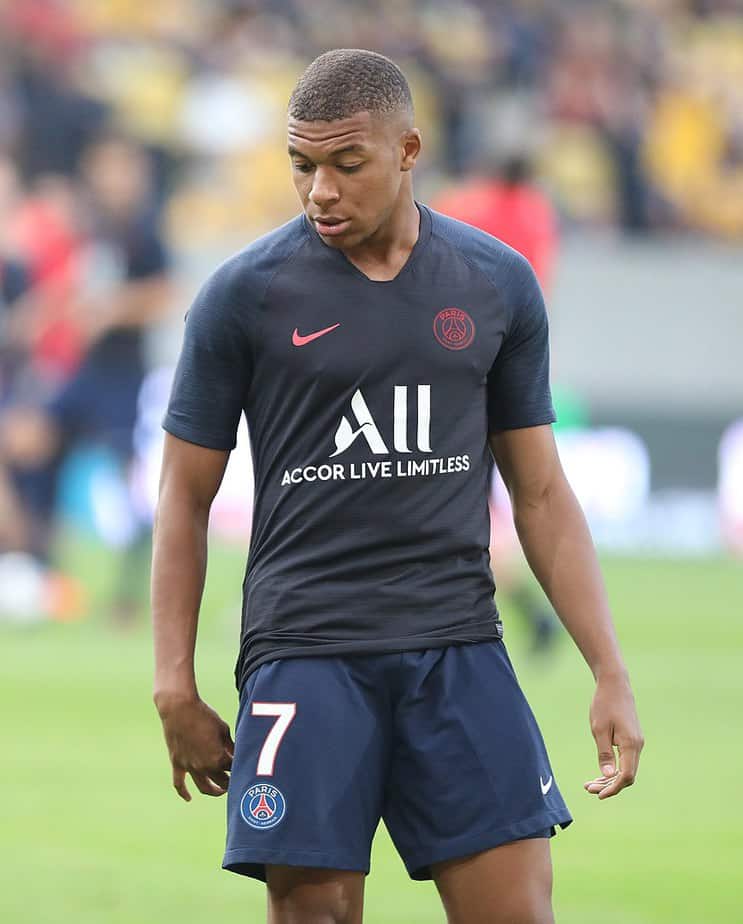 A prolific striker who is still developing and making a name for himself on the world stage, Mbappe is arguably the best youngster in the game right now. Starting at Monaco II and later earning a spot on the senior Monaco team, Mbappe moved to Paris Saint-German on loan in the 2017-2018 season.

The team quickly saw how valuable he was and bought him for the 2018 season, paying a whopping transfer fee of 180 million euros – making him the most expensive teenager and second-most expensive player in the world.

At PSG, Mbappe has so far won three Ligue 1 titles, two Coupe de France titles, and finished as the league’s top scorer TWO times. Still just 22 years old, Mbappe will surely go down as one of the best to ever play the game at the end of his career. 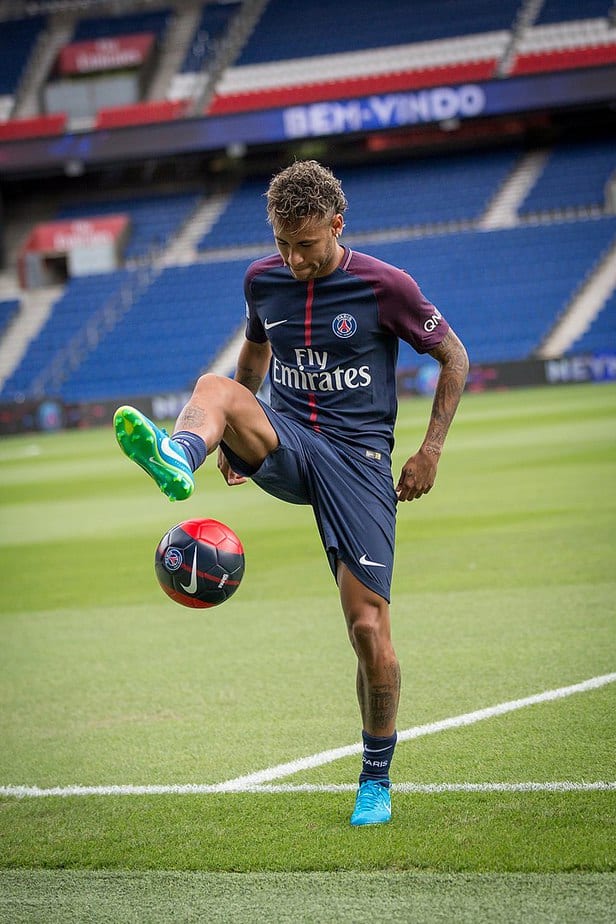 Neymar is a 29-year-old Brazilian who is in the running against Messi and Ronaldo for the best player in the world. Rising to prominence during his time at Santos as a teenager, Neymar scored 107 goals in just 177 appearances, helping the club win two Campeonato Paulista championships.

After playing at Barcelona with Messi and Suarez, Neymar decided to change clubs, making a move to PSG for 222 million euros. This transfer made Neymar the most expensive transfer in the history of football. 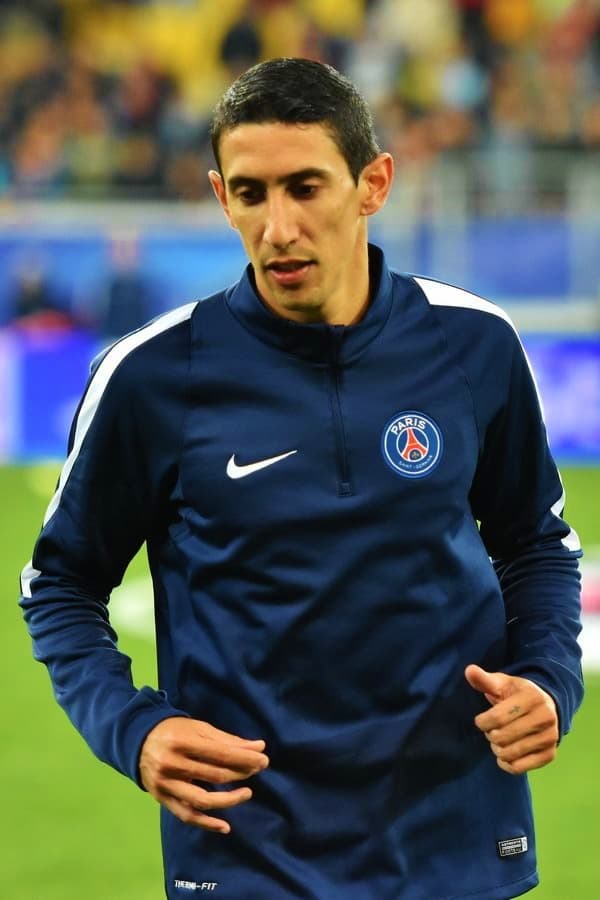 Arguably one of the most underrated players in the game, Di Maria is known for his technical prowess, versatility, and work ethic. Starting at Rosario Central, he soon moved to Benfica in 2007, eventually ending up at Paris Saint-Germain in 2015 – and staying ever since.

During his time at the club, Di Maria has appeared 167 times and scored 651 goals as either an attacking midfielder or winger. 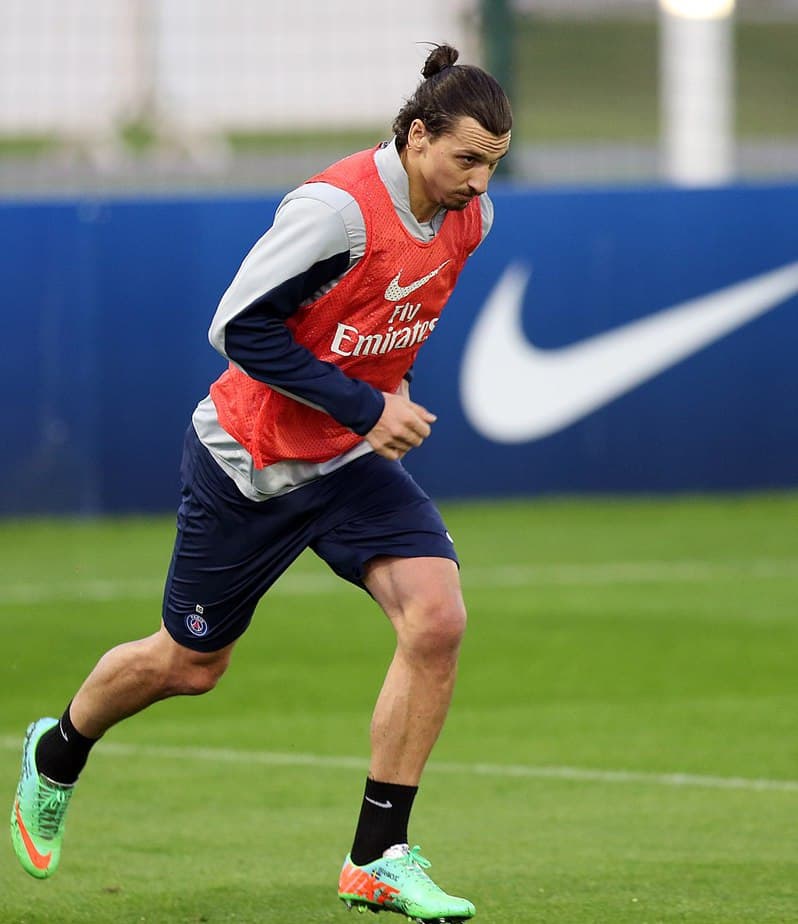 Ibrahimovic is one of the most widely-known footballers in the world due to his intense nature on the field, acrobatic kicks, and incredible confidence. 39 years old today, Zlatan is still a staple for the Swedish national team and AC Milan, scoring 25 goals in just 35 games.

Ibrahimovic started his time at PSG after completing spells at Malmo FF, Ajax, Juventus, Inter Milan, Barcelona, and AC Milan. In July of 2012, PSG confirmed they reached an agreement to acquire Ibrahimovic for a transfer fee of 20 million euros. His three-year contract numbers made him the second best-paid footballer in the world behind Samuel Eto’o.

During his time at PSG, Ibrahimovic played in 122 games and scored 113 goals – almost achieving the incredible feat of averaging 1 goal per game.