Top 10 best French Comedies to Have A Good Laugh 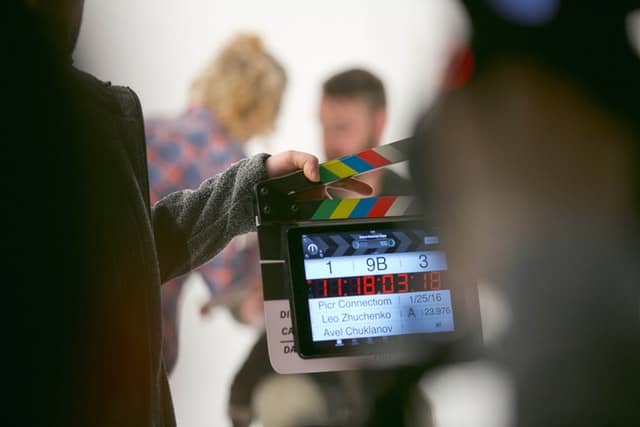 Top 10 best French Comedies to Have A Good Laugh

Sometimes the French get a bad rap for being so serious. And, I think we’ve all heard about those rude Parisian clichés! While I’ve definitely encountered a rude waiter or two in my time here in Paris, that’s not to say that everyone I’ve interacted with here has been stuck up or impolite. There’s also the stereotype of the French playboy, but I’ve also found that that’s an exaggeration.

When it comes to movies, French cinema isn’t all drama and romance! The French also know how to loosen up and have a good laugh. Keep reading for my top 10 best French comedies!

I can’t have a list of French comedies without an homage to my favorite French comic, Louis de Funès.  De Funès is a giant here in France and all of my French friends adore him. I’ve watched almost all of his movies, and so there will be two of my favorites on this list! 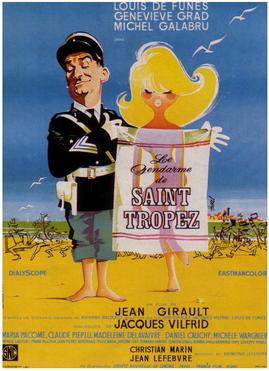 Le Gendarme de Saint-Tropez stars de Funès as a sergeant in the gendarmerie (similar to the police) in Saint-Tropez in the South of France. The movie is the first in a 5 part series and follows the antics of de Funès’ character and his arrival in Saint-Tropez with his daughter. He is a very protective father and much of the film is centered around that! 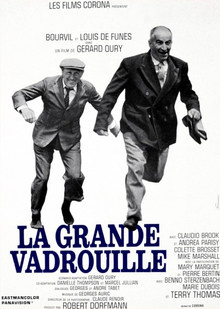 Next up is my second favorite de Funès movie, La Grande Vadrouille! One of my favorite parts of the one is that de Funès tries his hand at English in the most hilarious way. His broken English seriously makes me laugh out loud.

The movie is a French-British comedy which is why they poke fun at the English language. It tells the story of a group of French civilians who help a group of Royal Air Force bombers who were shot down over Paris. The civilians join the group as they traverse a German-occupied France on to safety in southern France. 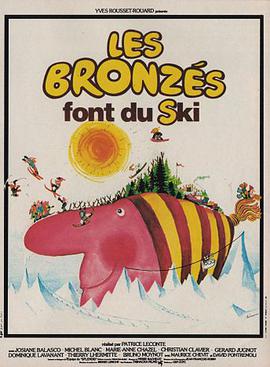 Yes, another classic before I move onto some more contemporary films! Les Bronzés font du ski is the second film in the Les Bronzés series (it’s followed up by a third). The first movie will introduce you to the characters so if you want to understand the storyline a bit more, I suggest you check out Les Bronzés first.

This time around, the gang head to the ski resort in Val-d’Isère where some of the friends work. The group decides to go out for a day of skiing when they get lost. I’ll let you watch the film for yourselves to find out what happens next! 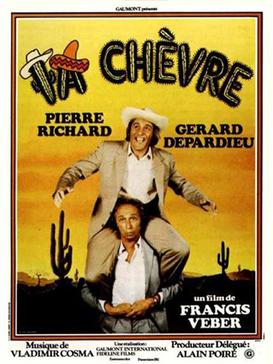 Next up on my list features two of the greats: Pierre Richard and Gérard Depardieu. The pair would go on to star in several other films together, so La Chèvre (literally, The Goat, in English, but the English movie title is Knock on Wood) is a good starting point if you want to get to know their style!

The movie tells the story of a detective who is hired to find the missing daughter of a rich businessman. The daughter, Marie, was last seen in Mexico, and it turns out that she is very accident-prone. The businessman decides to hire someone else to help the detective: someone who is just as accident-prone as Marie in the hopes of following her tracks. Pierre Richard is truly hilarious as the clumsy man. 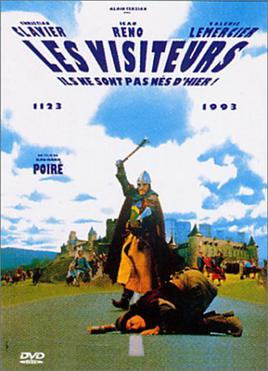 Cover of the DVD for Les Visiteurs – WikiCommons

Les Visiteurs is another well-loved comedy. Honestly, all of my French friends have seen it and are constantly quoting it. There is even an American version of the movie that I’ve never seen, but I’ve been assured several times that it isn’t as good.

The film is about a knight and his squire from the 12th century who managed to travel forward in time to the 20th century. They are obviously confused by all of the new technology such as cars, phones, food, and especially clothing. It will definitely make you laugh out loud. 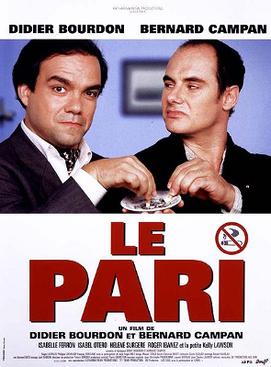 Le Pari serves as a good introduction to the comedy group Les Inconnus, which is also very famous in France. The group consists of 3 comedians and Le Pari stars two of them, Didier Bourdon and Bernard Campan.

Have you ever tried to quit smoking? The movie pokes fun at how difficult it can be. The two main characters are brothers-in-law who don’t get along but make a bet with their father-in-law that they can quit smoking for 15 days. Watch the pair struggle and grow closer along the way. 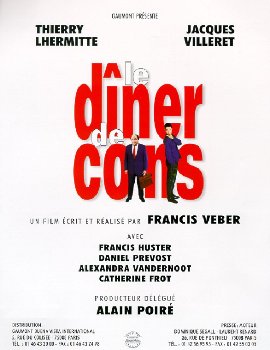 You may recognize the plot of this movie thanks to the American film starring Steve Carell Dinner for Schmucks. Le Dîner de Cons is about a group of wealthy Parisians who hold a weekly dinner where they invite the “dumbest” people that they know. Whoever brings the best guest wins. The plot may sound harsh, but in the end, the main character’s guest saves the day and teaches not to judge a book by its cover. 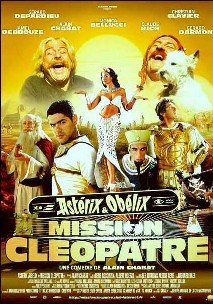 Are you familiar with the comics Asterix? This French comedy is based on the famous comic book series by René Goscinny and Albert Uderzo, and more specifically, the book Asterix and Cleopatra.

Cleopatra makes a bet with Julius Cesar that she can have a massive palace built in just three months. In order to get the job done, she enlists the help of Asterix and Obelix, a pair of Gauls who have a magic potion that gives them superhuman strength. The film is full of antics and hilarious one-liners and is sure to give you a good laugh. 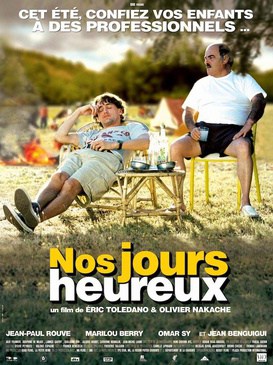 If you have fond memories of days at summer camp, you’ll love Nos jours heureux. The film stars the great Omar Sy and Jean-Paul Rouve as camp counselors who run a summer camp. It’s the first time that Rouve is in charge and he runs into several difficulties along the way. Not only are the camp counselors hard to manage, but the children also run amuck as well. This is a great movie to watch with your own kids if you have any! 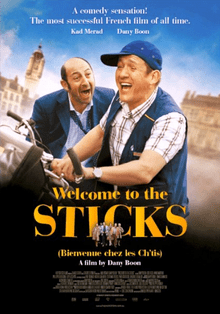 People who live in Northern France are sometimes referred to as ch’tis (the word comes from the local dialect spoken there). The rest of France tends to consider those who come from the small villages in the north as a bit old-fashioned and unsophisticated.

This movie pokes fun at the ch’tis when the main character is sent to the north to work as a postman. He and his family are originally from the South of France, where the way of life is much different from the north. Watch this film to learn more about stereotypes in France.

If you’re looking for a good laugh, any of the movies above are a good start! And, you’ll learn more about French culture and what makes the French giggle. Cue up one of the films above and get ready to laugh!

For more advice on which French movies to watch, join one of our walking tours in Paris. Not only will you learn more about the city, but you can also ask our local guides what their favorite comedies are! Click here to learn more and make a booking.