The Tallest Buildings in Paris 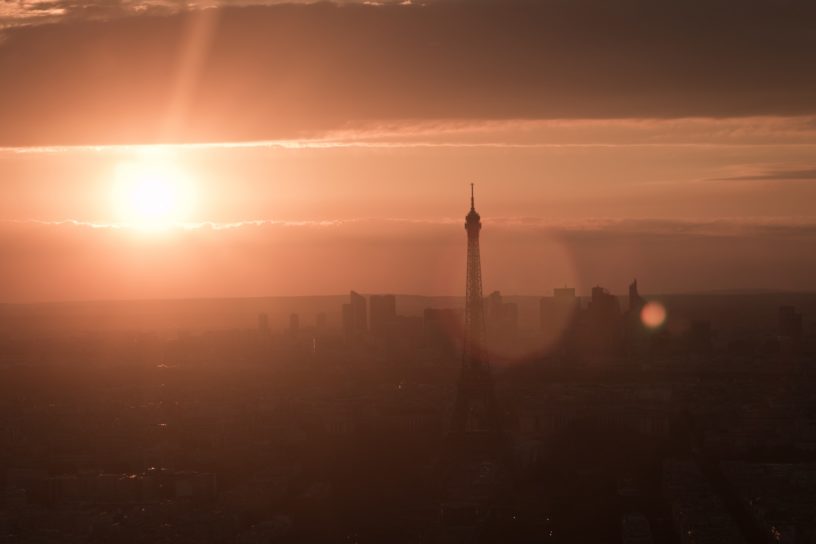 The Tallest Buildings in Paris

In comparison to other major cities, Pari’s skyline is a lot less dense when it comes to skyscrapers. The French capital is, for the most part, comprised of very similar-height Haussmann architecture, with a few notable structures peeping above the masses here and there.

These are the tassels buildings in Paris. Most of them can be spotted quite easily from elevated points of view when exploring the city. The steps of the Sacre Coeur are a great spot from which to try see them all.

The Eiffel Tower in Paris

I probably don’t have to go into too much detail about what the Eiffel Tower is to Paris. It’s one of the most iconic and recognizable structures on the planet; on par with the Colosseum in Rome and the Statue of Liberty in the USA. 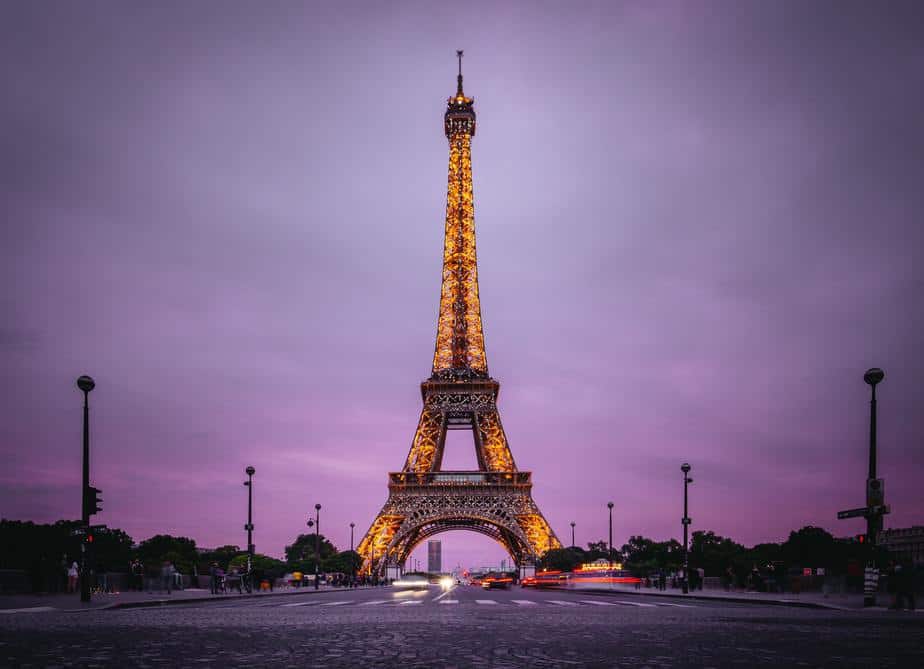 A visit to the Eiffel Tower while in Paris very much depends on how you like to experience tourist attractions. For some, simply seeing the tower from the lawns that surround it is more than enough.

For others, going into and up to the top of the tower is preferred. If this is on your itinerary, I must recommend booking your tickets in advance and paying extra to skip the queues. In peak season you’re looking at two to three hours wait time beneath the tower before you can gain access.

While the Eiffel Tower might be the tallest structure in Paris, the Montparnasse Tower is the city’s truest skyscraper. Coming in at a height of 210m, the Tour Montparnasse was completed in 1973.

Given its height, and its location in the southern suburbs of Paris, the Montparnasse Tower is able to offer some incredible panoramic views over most of the city from the viewing deck on the top floor. 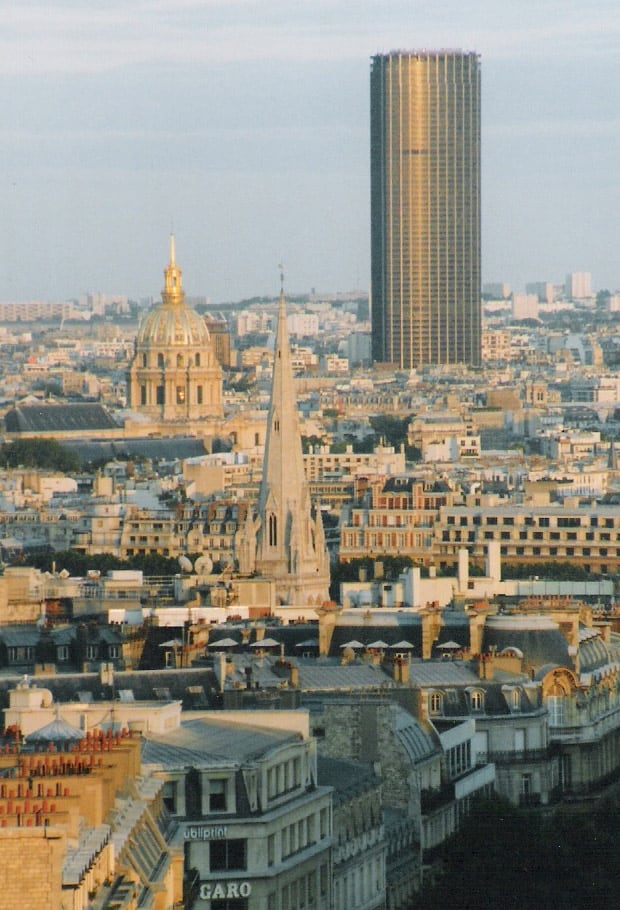 Queues to get into this attraction are significantly shorter than the Eiffel Tower, and entry costs just €18 per adult, with reduced prices for children and students.

This is another spot from which most of Paris’ tallest buildings can easily be spotted.

Also in the city south, les Olympiades is both the name of a cluster of buildings, as well as the district in which they exist.

Les Olympiades is comprised of twelve individual skyscrapers built within close walking proximity of one another. Each of the buildings spans 152 meters tall; significantly shorter than both the Eiffel Tower and Tour Montparnasse, but impressive nonetheless. 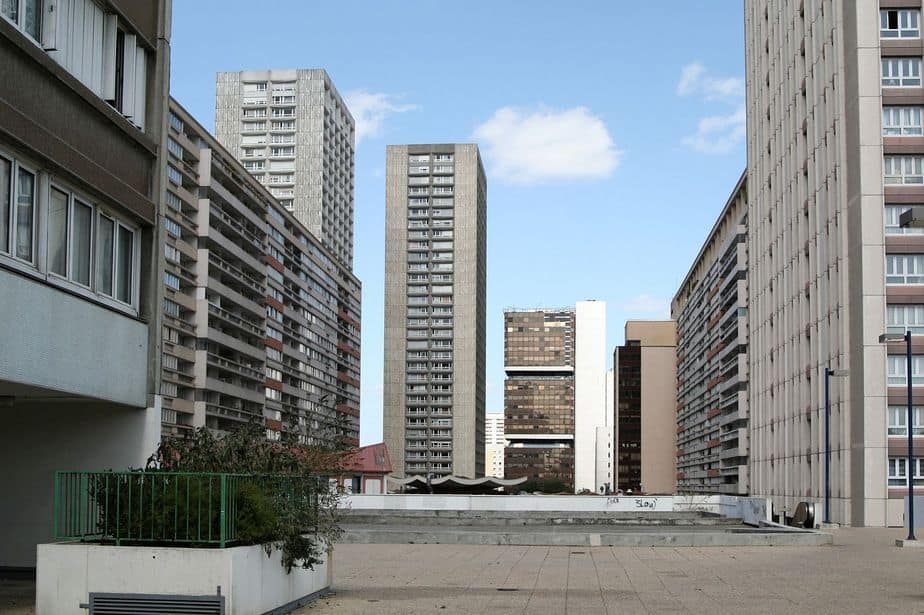 These buildings were erected between 1969 and 1974, but were left largely unoccupied for a few years. Later in the 70s, a vast amount of Chinese refugees began fleeing Vietnam for France.

Upon arrival, these vacant buildings in the 13th arrondissement posed as the perfect home base for the displaced individuals. They made les Olympiades home, and it is now the site of the biggest Chinatown in all of Europe.

This next building comes in just shorter than the Tour Montparnasse in Paris… or at least it will when it’s complete.

Construction on the 180 meter tall Tour Triangle began in 2017, and the designated date of completion lies somewhere in 2020.

It is currently well underway, with the site of the Parc des Expositions de la Porte de Versailles in the 15th arrondissement having been chosen as the location for the impressive glass structure. 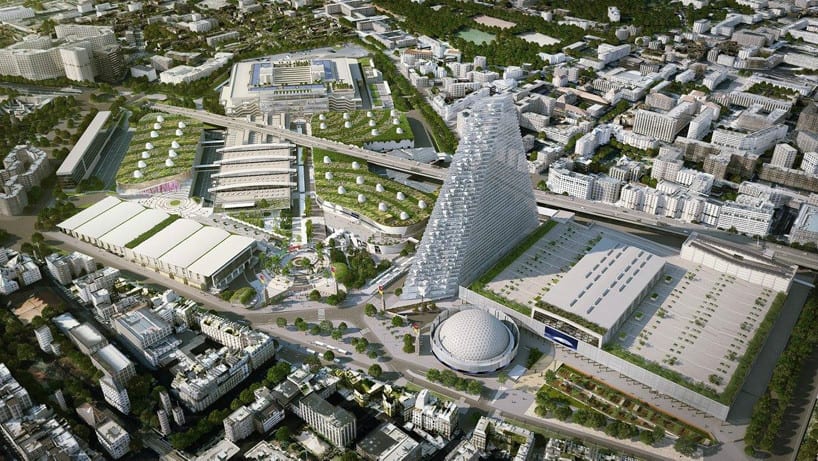 The building will be a giant glass pyramid, but appear very different in style compared to the one at the Louvre. It will house a 120-room hotel, masses of office space and health & cultural facilities.

The architectural team behind the construction are the same people who have use the Tate Modern in London, and the Bird’s Nest Stadium in Beijing.

To put it simply, the Hyatt Regency Paris Étoile sticks out like a sore thumb in the 17th arrondissement of Pairs — but in the best possible way!

Despite being just 137 meters tall, the building gained skyscraper status thanks to the incredible antenna that takes the structure’s total height to 190 meters; almost as tall as the Tour Montparnasse. 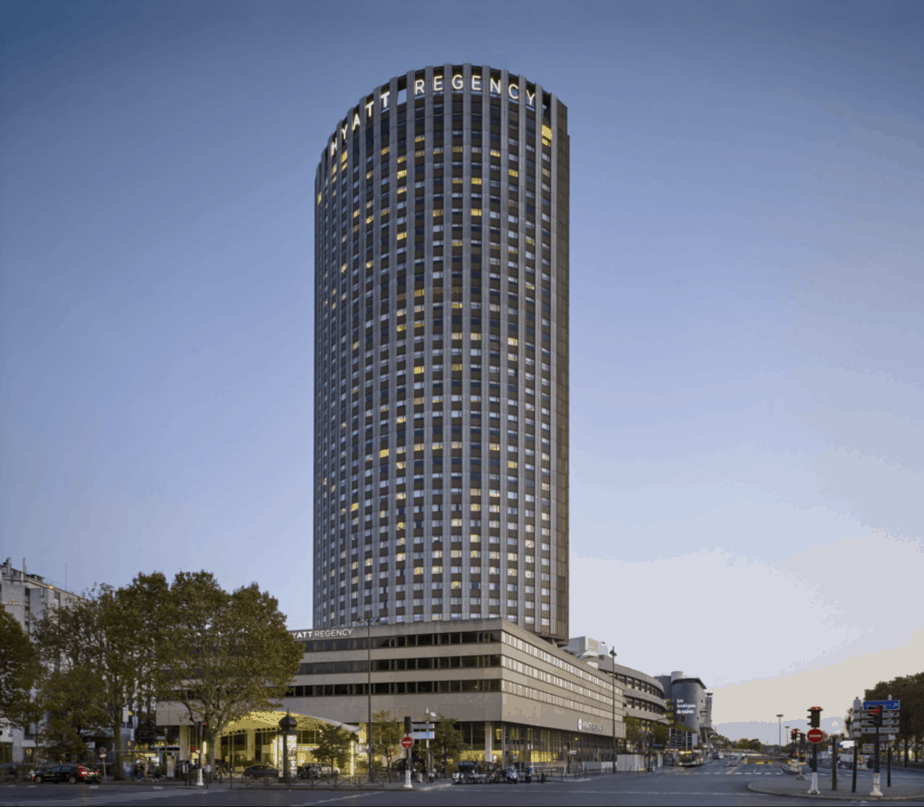 It is one of the largest hotels in the whole of Paris, offering an incredible 950 rooms. The hotel was constructed in response to the tourism boom during the 60s. This is why a location so close the Palais des Congrès Convention Center was selected, as it was believed there would always be enough traveler traffic through the area to keep the hotel at capacity.

Directly translated, Les Orgues de Flandre means “organs of Flanders”, and is the name of a cluster of residential buildings in the 19th arrondissement.

The tallest point of the cluster is the Tour Prélude, that reaches 123 meters into the sky — just 26 meters too short for the skyscraper benchmark in Paris’ standards. 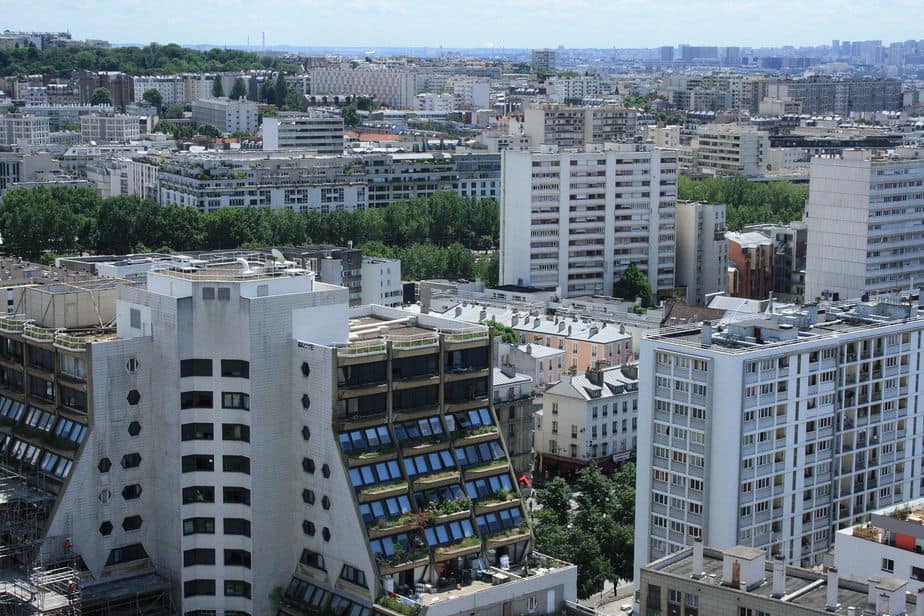 The buildings were constructed between 1974 and 1980 by an architect named Martin van Trek. The distinct brutalist style features a lot of concrete facades, making the building an eye-catching one on the Parisian skyline.

Parisian locals might refer to the building as Swap Map, so keep this in mind if you’re ever asking around for directions.