The Most Intriguingly Beautiful Cemeteries in Paris 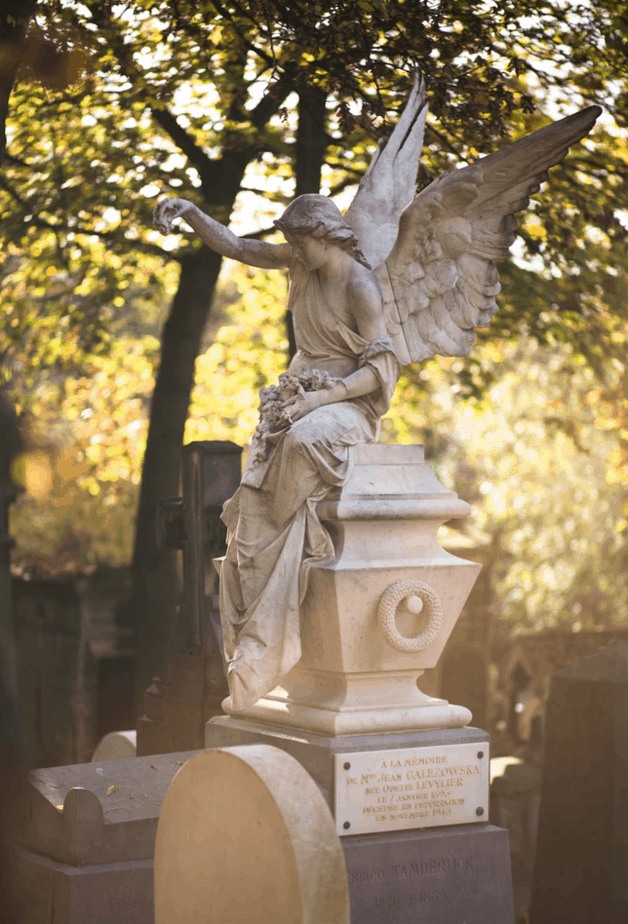 By Fabrice Nerfin on Unsplash

The Most Intriguingly Beautiful Cemeteries in Paris

It’s been said that Paris is beautiful in every aspect, and I would have to agree with that. And while a cemetery isn’t the first place most people would think to check out in Paris, the Parisian ones should be on your list!

This is because Parisian cemeteries are not your typical overgrown spooky graveyards, but rather immaculate gardens surrounding intricately-carved tombs. There are actually 14 beautiful cemeteries spread across the city, from Montparnasse to Montmartre. Here’s a little guide to exploring the most intriguingly beautiful cemeteries in Paris. 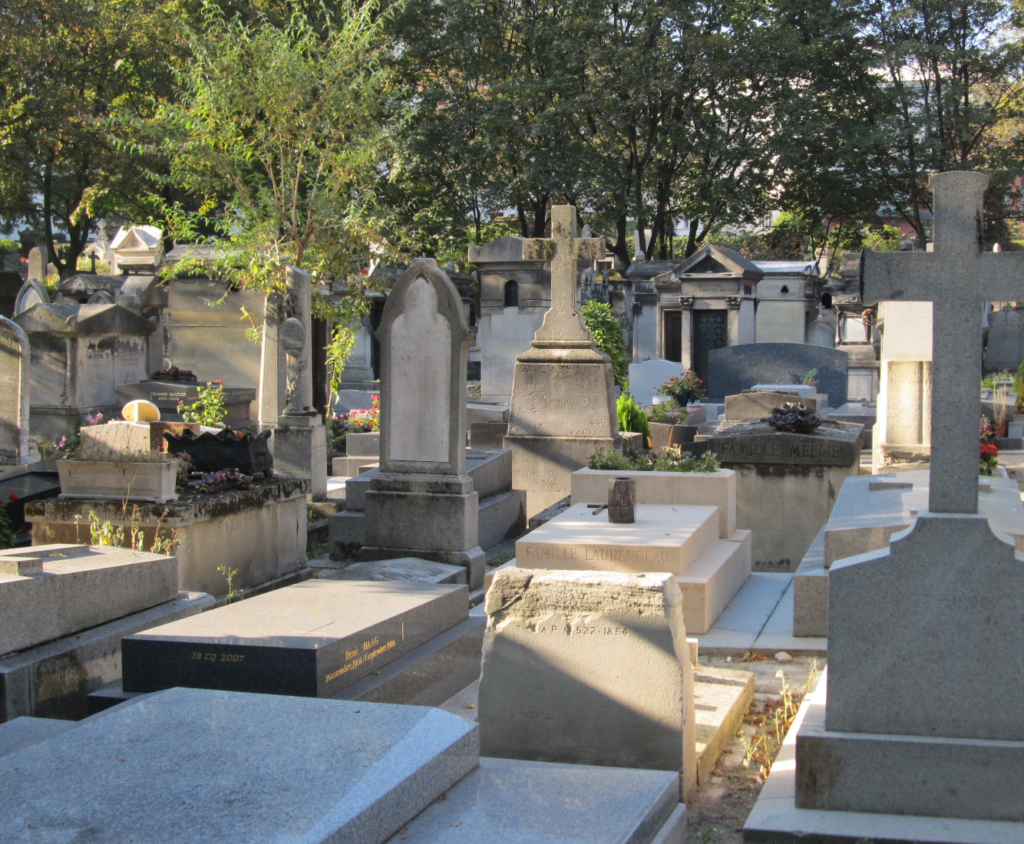 Located in the northern part of the city, the charming Montmartre neighborhood is one of the most popular spots to visit in Paris. The neighborhood is perched high on a hilltop, and provides stunning vistas of Paris below. Starting from Abbesses metro, the winding cobblestone streets lead up to the impressive Sacre-Coeur Basilica. And visitors flock to nearby Place du Tertre or the ‘Artist Square’ where you can always spot painters, sculptors and caricaturists at work.

It’s safe to say that with all the surrounding touristy spots, some of the best places in the neighborhood tend to remain local secrets. Montmartre Cemetery is just that. Tucked away from tourists on the opposite side of the hill, this cemetery provides welcome peace and quiet. The mossy pathways wind through the impressive ancient tombs and garden-like grounds where many local artists and writers are buried. Montmartre Cemetery is the final resting places of Emile Zola, Alexandre Dumas, and François Truffaut.

open daily from dawn to dusk 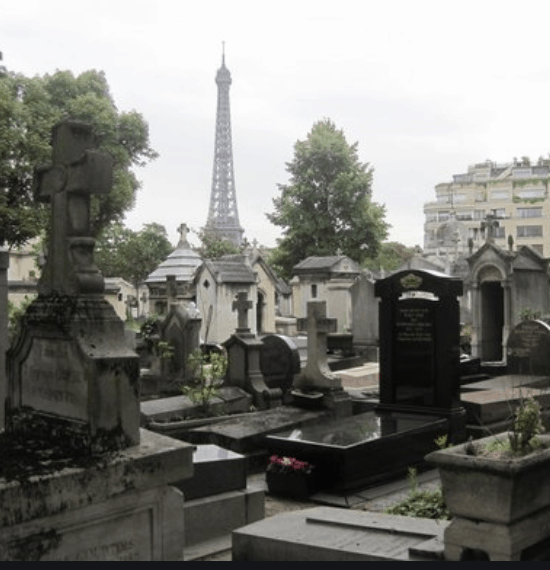 The beautiful Passy Cemetery is hidden in plain sight in the 16th arrondissement. It’s located just behind Trocadéro metro station. And Passy is the only cemetery in Paris with a view of the Eiffel Tower!

This beautiful yet somber spot was opened in 1820, under the reign of Napoleon I. Originally, the cemetery was designated for Parisian aristocracy, and quickly became known as the final resting place of the wealthy. Because of Passy Cemetery’s wealthy residents, there have been many rumors about grave robbers over the years. But so far, none of them have been confirmed. You’ll find some notable names here including painter Edouard Manet and composer Claude DeBussy. 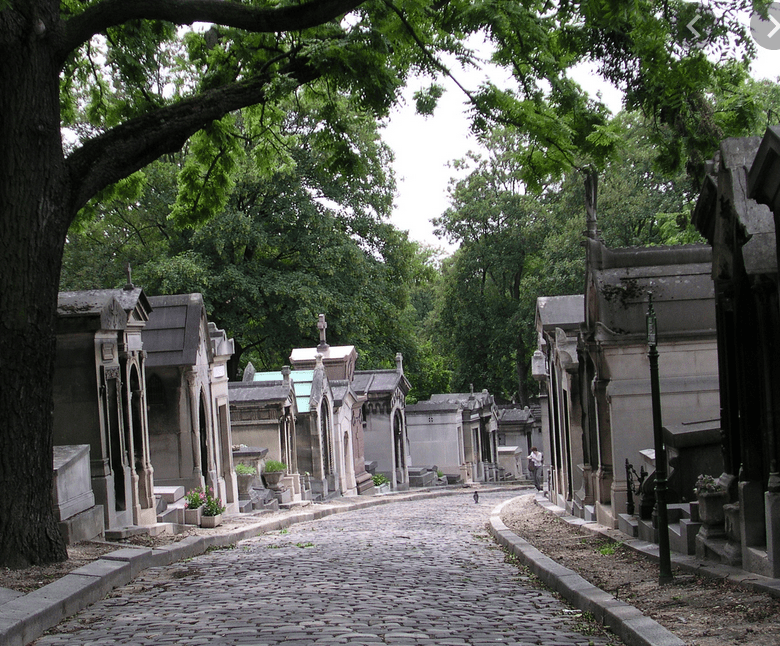 Undoubtedly the most well-known Parisian cemetery, Pere Lachaise is easily the most impressive too. Pere Lachaise is situated in the far reaches of the 20th arrondissement, on the eastern side of the city. It covers over 45 hectares, and houses some pretty famous remains. The cemetery opened in 1804 and was the first garden cemetery. So you have Pere Lachaise to thank for all the most intriguingly beautiful cemeteries in Paris!

And thanks to the cemeteries’ famous residents like Oscar Wilde, Jim Morrison, Colette and Balzac, Pere Lachaise is the most visited necropolis in the world! With over 3.5 million visitors every year, it’s safe to say Pere Lachaise is an attraction in its’ own right. And for good reason, too.

A visit to Pere Lachaise can be done in a morning or afternoon. But the place is huge, and you can stroll for hours in there. Really! I would suggest some planning ahead, and don’t forget to consult a map if you’re looking for someone in particular. Some of the graves are more well hidden than others, like in the case of Jim Morrison. 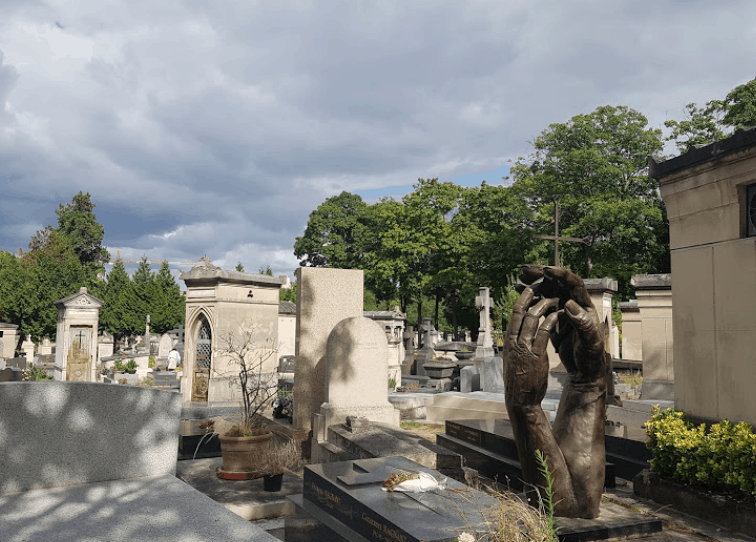 Much like in Montmartre, the Montparnasse Cemetery is a gem often overlooked by visitors. The giant Tour Montparnasse and the busy train station seem to distract from the other neighborhood attractions.

Located just a quick hop from the bustling train station, the Montparnasse Cemetery provides a quiet escape from city life. Montparnasse is also a garden cemetery, and more than 1200 trees line the walkways. Maple, Ash, Oak and even Birch provide eternal shade, and make for a picturesque walk during Autumn months.

While smaller in size than Pere Lachaise, Montparnasse has historically been one of the most important burial sites in the city. Today, there are just over 35,000 ornate headstones and tombs here.

Known for many years as the ‘Left Bank Cemetery’ Montparnasse has traditionally been the final resting place for the city’s Rive Gauche intellectuals, poets and artists. The most famous include Charles Baudelaire, Jean Paul Sartre, Simone de Beauvoir, and Serge Gainsbourg. You can pay your respects to all these greats and enjoy a beautiful stroll through the Montparnasse Cemetery. 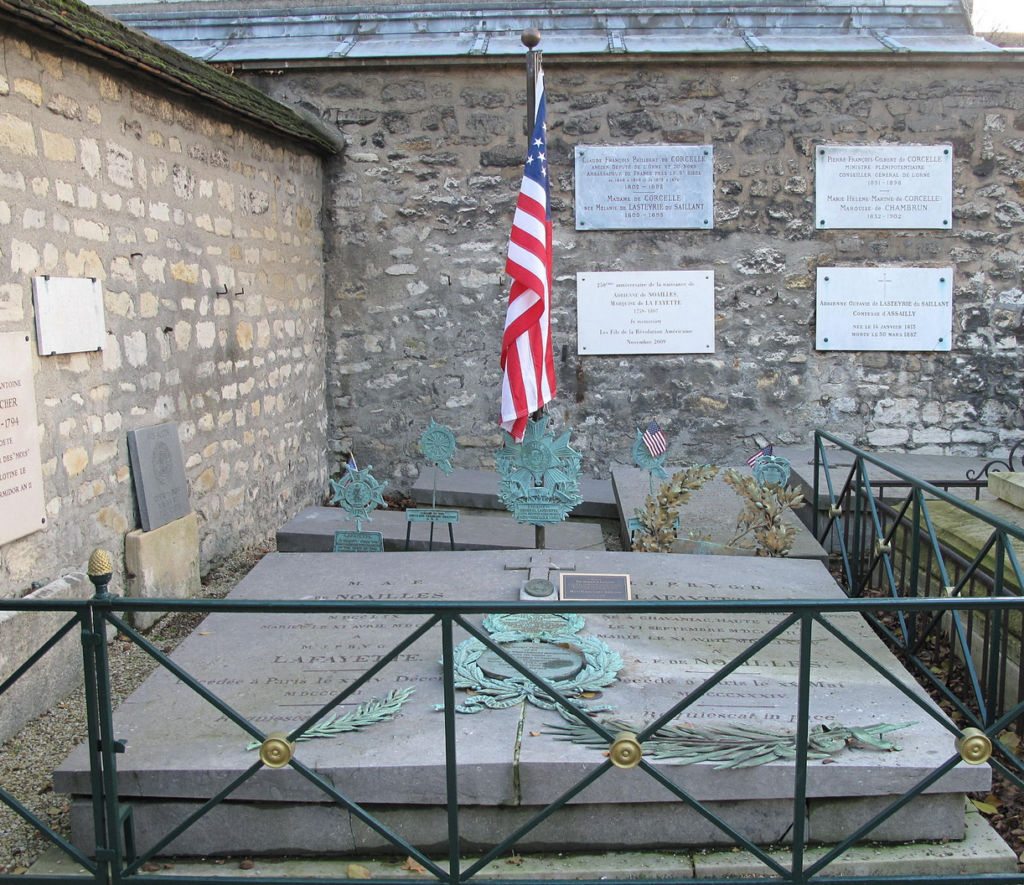 By Tangosayo on Wikimedia Commons

You’re probably scratching your head a little after reading the name of this cemetery. That’s because Picpus is a little-known part of the city for most visitors. Located in the eastern half of Paris’ 12th arrondissement, Picpus Cemetery is actually the largest private cemetery in Paris. And it has quite the grisly past!

The Picpus Cemetery was actually created during the French Revolution. The land for the cemetery was originally taken from a convent, the Chanoinesses de St-Augustin. The guillotine was set up just a stone’s throw from the cemetery. And during 1794, more than 1300 victims were beheaded and buried here. Today, only the descendants of the original victims are allowed to be buried at Picpus Cemetery.

There are several notable figures laid to rest here, but perhaps the most well-known is the Marquis de Lafayette. During the Revolution, Marquis de Lafayette was a French aristocrat, but befriended the American founding fathers like Thomas Jefferson. He even fought for American freedom in the Continental Army, prior to the French officially joining the war. To this day, an American flag flies over his burial site at Picpus Cemetery.

Well, you know all about the most intriguingly beautiful cemeteries in Paris! I really hope you’ll enjoy visiting these unusual yet stunning places.