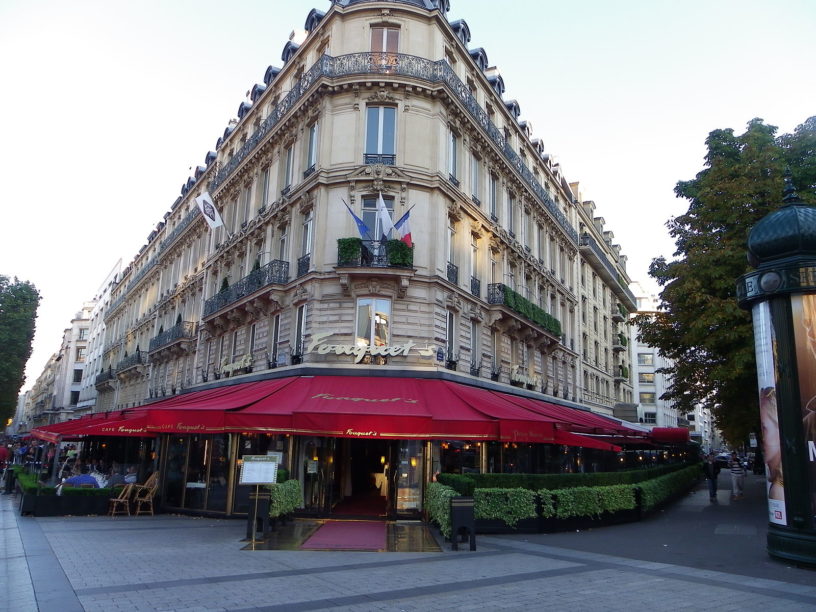 There are some restaurants in Paris that are just as historic or renowned as many of the city’s famous monuments. Eating at these spots is a bucket list experience for many visiting diners, while for locals its a lot less exciting.

Here are the ones you need to know about:

Click here for the 10 most expensive restaurants in Paris

This is arguably the most famous restaurant in Paris at present. Having secured its 3rd Michelin star back in 2007, this is one fine dining experience fit for a queen.

Housed in the extraordinary Meurice Hotel, the restaurant was inspired by the salon room at the Palace of Versailles. To dine here, you need to be prepared to fork out over 500 euros a head if you want a starter to dessert experience. 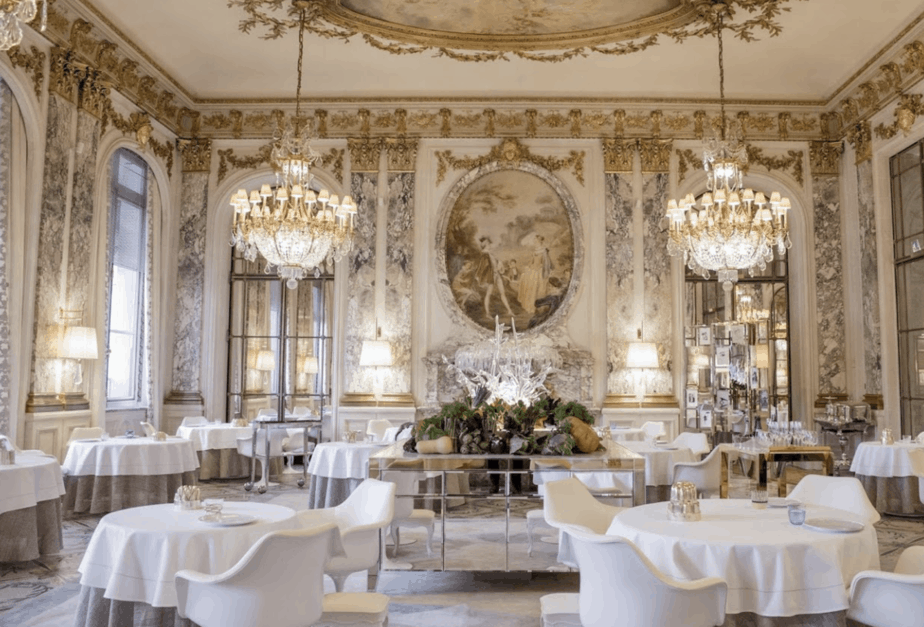 10 Facts About the Palace of Versailles

It’s opulence and grandeur beyond what you can possible imagine — even for Paris! Alain Ducasse is the chef, and he holds several other establishments around the city, none of them quite. Like this.

Le Fouquet’s is a historic brasserie that was founded back in 1899. It’s close to the Champs Elysees, so you can easily pop in for a meal whilst visiting the likes of the Arc de Triomphe or the famous George V Hotel.

Le Fouquet’s is mostly famous for hosting the very prestigious post-dinner celebrations for they annual Cesar Awards in France, and has done so for the last 40 years. 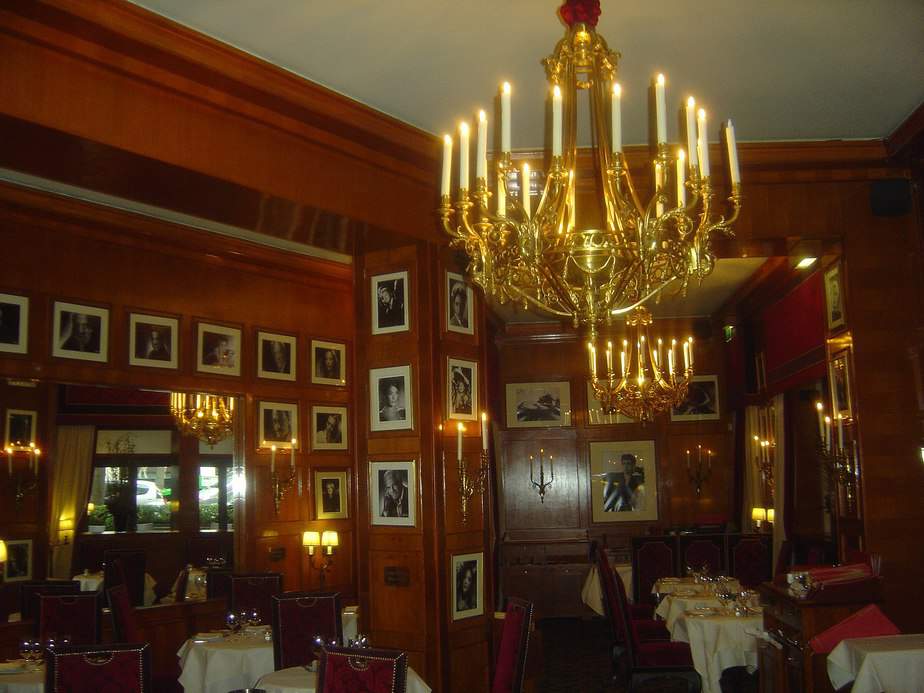 It’s the perfect combination of French charm and traditional cuisine. The menu was created with a Michelin chef partner, featuring modern takes on classic dishes. This is an experience, and one that you’ll be grateful to get a taste of at least once while in the French capital.

A guide to Michelin restaurants in Paris

There never was a Michelin quality restaurant as laid back and inviting as Septime. If you’re not one for fancy dress, but still want to enjoy the best quality food and service — Septime is the one.

It brands itself as a neo-bistro, with Bertrand Grébaut as the owner and head chef. They keep it real at Septime, charging just 30 euros for a Michelin star lunch.

This spot is notoriously booked out months in advance! Get your reservations in as soon as possible if you’d like to experience the magic. Septime is situated close to Bastille Square.

What makes Tour d’Argent so famous? Well, for starters, it first opened its doors back in 1686. This makes it officially the oldest cafe in Paris, and these walls have seen more history (and heard more conspiracies) than any other public space in the entire city.

More than this, the restaurant at Tour d’Agent claims to have been technically open since 1582, when the space was still functioning as an inn. This would make it the oldest restaurant on Earth. 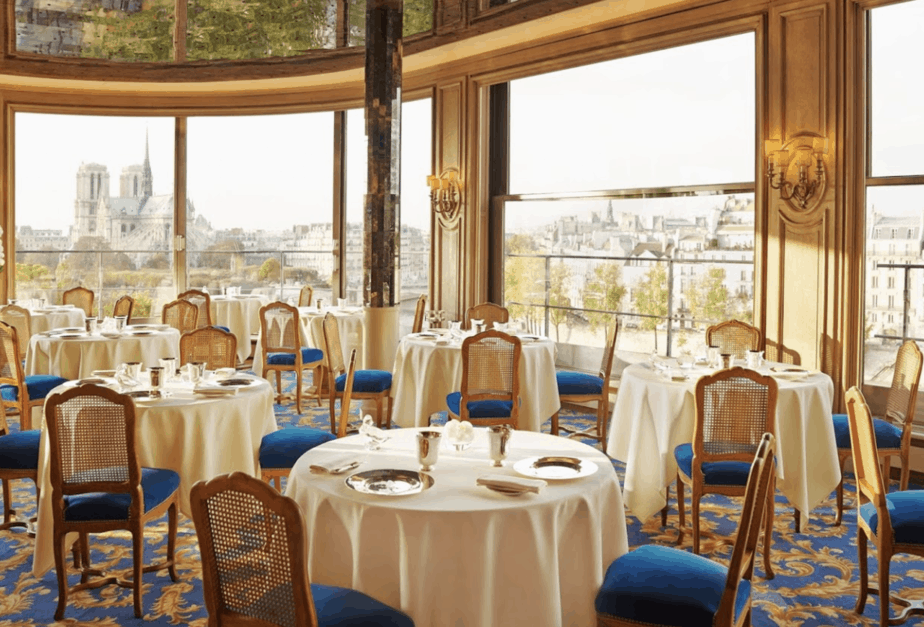 Around the 16th century, the royals started to frequent this spot and things became more and more lavish as the times rolled by. It’s now a very indulgent cafe, run by a Michelin star chef.

It has one of the best panoramic views over Notre Dame Cathedral. If you find the cost of this establishment too exorbitant, make your way into the more affordable sibling next door: La Rôtisserie d’Argent. Same food, sans the historic setting.

To close off this list, I’m taking you to one of my favorite spots to eat in the city, and undoubtably the most famous street food restaurant in the country.

At L’As du Fallafel, you eat for under €10 — always. Its situated in le Marais, on the famous Rosiers road where many falafel restaurants compete for the daily foot traffic. 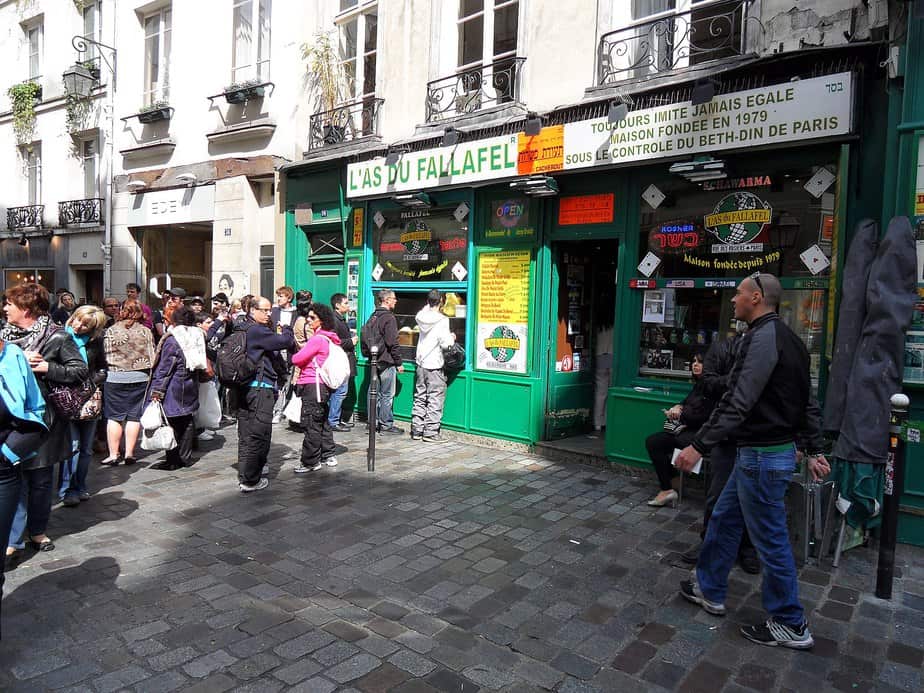 The shop isn’t much to look at, but people come from far and wide to eat these smashed chickpeas. It helps that Lenny Kravitz ate here once and publicly endorsed what a fantastic concept he found it to be.

Expect a medium to lengthy queue outside of the shop, night and day. This is all part of the fun and I assure you it’s worth the wait. Don’t even think about eating in, always get a take away!

This is the end of our list, I hope you enjoyed reading it. If you are in Paris and you want to visit food artesans with a private guide, you can book our new Discover Walks food tour. You eat and sample at each stop. And for the finale, you will sit down and eat more.