The Most Expensive Hotels in Paris 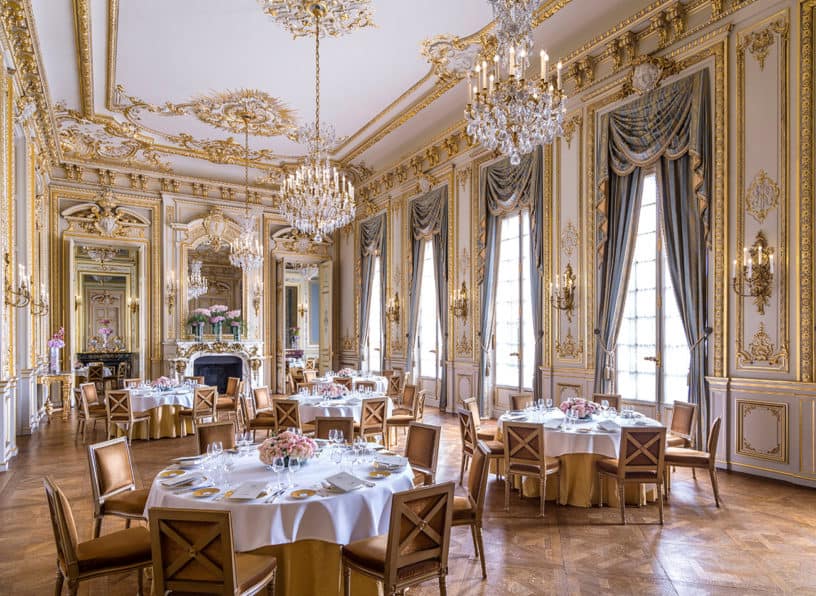 The Most Expensive Hotels in Paris

You need to see it to believe it, but Paris takes luxury standards to new heights when it comes to hotels. The city is home to nine ‘Palace’-grade hotels, which essentially means they are rated above five stars.

When you’ve got bucks to blow, these hotels are where you want to shift your focus.

Our Recommended 5 Star Hotels in Paris

The Ritz is a hotel group that is recognizable all around the world. They’re not always the most expensive joint at every destination, but in Paris, they’re one of the most lavish places to stay hands down.

Years ago, in 1898, Swiss hotelier César Ritz teamed up with a French chef named Auguste Escoffier. It was their mission to create one of the most luxurious hotels in the world right here in Paris — and they did just that. 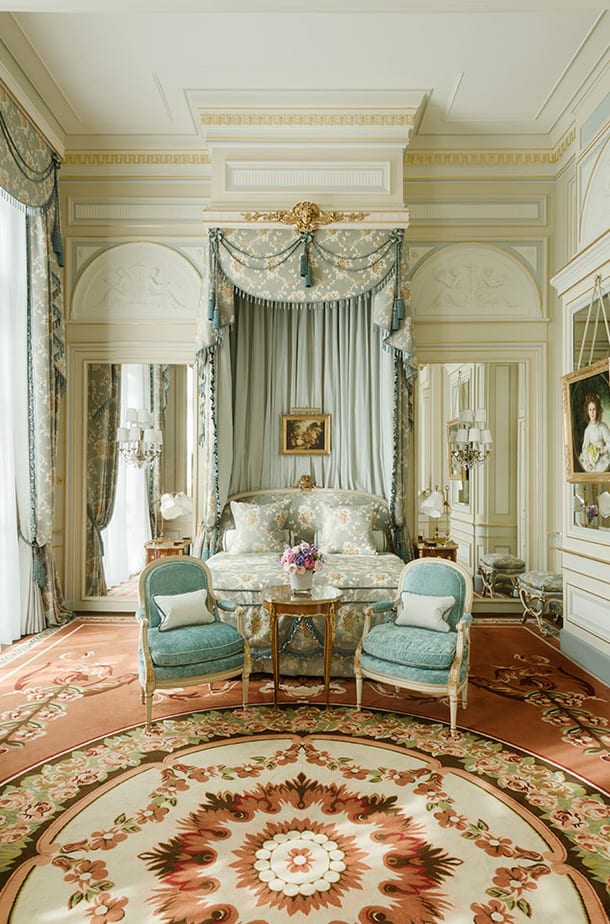 Ritz Hotel Paris – by Ritz Hotel – Sourced from their website

How to Choose a 5 Star Hotel in Paris

The Ritz is a masterpiece. Over the years it has been home to kings and queens from all over Europe, artists and traveling performers take up the suites year round and the hospitality is world class.

The breakfast room is a must see, even if you can’t afford a night in the actual hotel. It offers Japanese-style dining under a glass ceiling, made to look and feel like the inside of a greenhouse.

Another recognizable name in hotels, the Four Seasons Hotel George V is an institution for the rich and famous while in Paris, known for hosting big money from all around the world.

The space is opulent like no other. Just entering the lobby at the George V, you’ll be greeted by a selection of 18th century tapestries that are worth the venture alone. Each day, dramatic flower arrangements are brought into the space, and every corner of the room holds a finish of gold or marble. 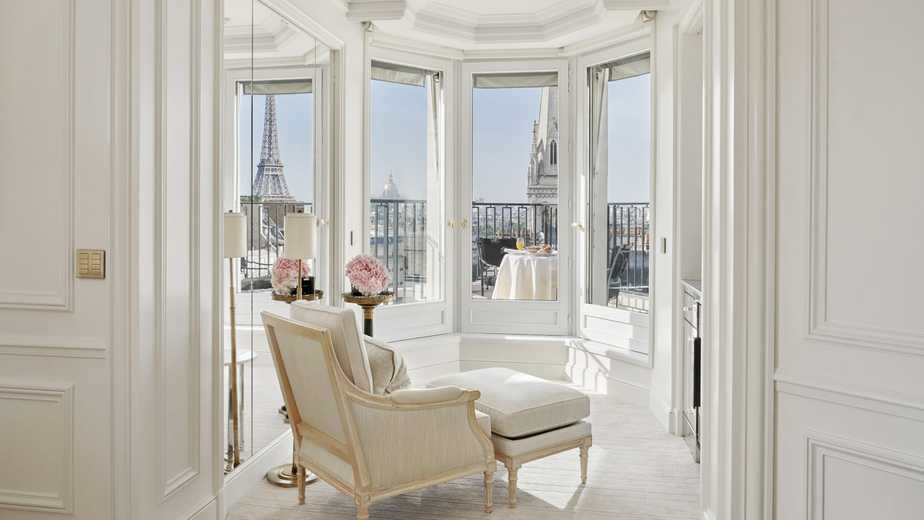 Top 10 Facts About the Hotel George V in Paris

L’Orangerie is the courtyard restaurant at this Four Seasons Hotel. All of the rooms in the building overlook the Orangerie in some way, boasting perfect views of the 160,000 panels of carrara marble mosaic that makeup the courtyard floor.

One night here will cost you a small fortune, but it will be a night you’ll never forget.

The Shangri-La Hotel chain rarely disappoints, and they went all out in their creation of this magical site near the Eiffel Tower. Many regard it as the hotel with the best view of the Eiffel Tower in Paris. 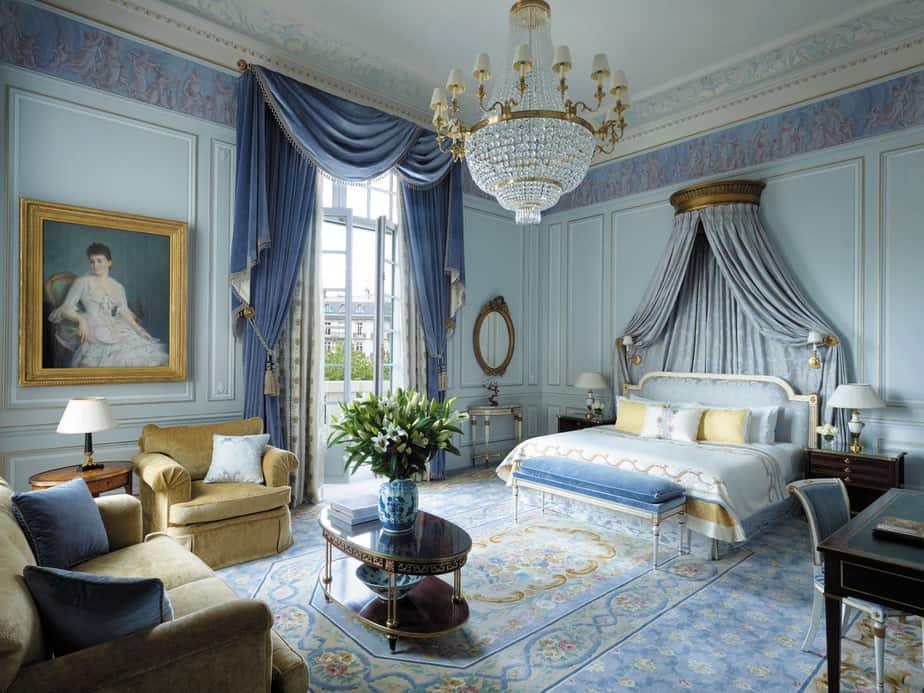 The Best Hotels with a View of the Eiffel Tower

The hotel is the epitome of opulence; it was, after all, commissioned in 1891 by the grand-nephew of Napoleon. The prince demanded prime location right by the Seine River, marble floors, stained glass windows and everything in between.

Shangri-La is where you go to relax. Their state of the art spa facilities bring in visitors daily even if they are not staying at the hotel.

For a more anonymous, bespoke experience that caters to the finer things in life, le Royal Monceau Raffles Hotel is the one. It’s in the same price bracket as the aforementioned establishments, however it offers guests a slightly more avant guard experience that is rooted in Art Deco from the 1930s. 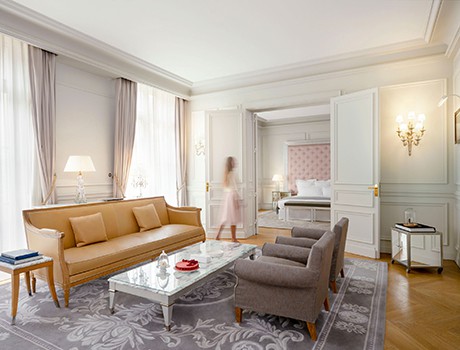 The hotel is different, in the best possible ways. There is an exclusive bookshop, as well as a 99-seat cinema for guests to enjoy at their leisure. There are also regularly art exhibitions held on the grounds. If you really want to, you can even employ the services of the hotel’s art concierge to set viewings up right in your room.

Le Bristol is also more of an understated, luxury place to stay if you’ve got the money to do so. It’s considered one of the most fashionable hotels situated on a sought after street when it comes to who’s who in the city of lights.

For starters, all 188 rooms in le Bristol are soundproof, which comes in handy on a street like the Faubourg Saint-Honoré. They also all overlook the gorgeous inner courtyard that this piece of land boasts, in addition to a spa and rooftop pool. 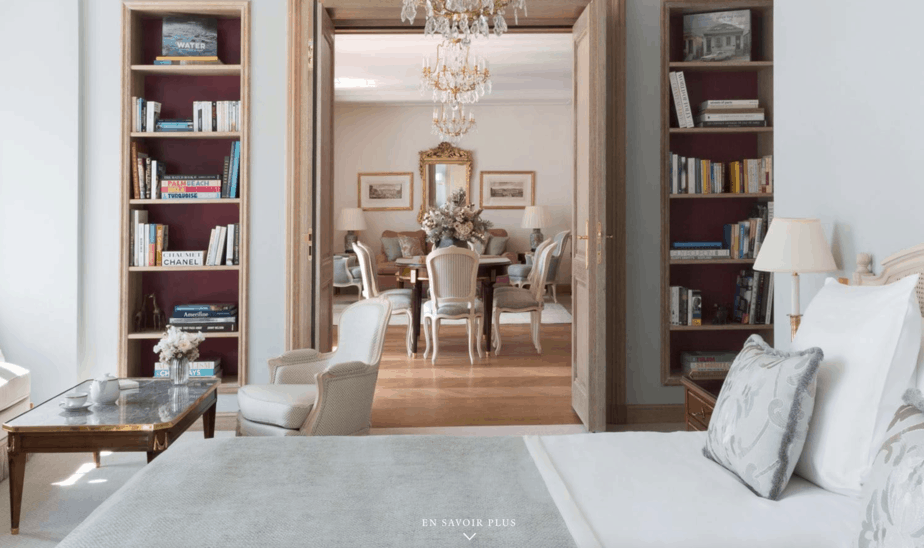 There is a freshness to the interior design choices in this establishment. Something that makes this hotel feel more like a home, and less like a space you’re renting for the night. You’re not afraid to put your feet up and actually relax, is what I’m trying to say.