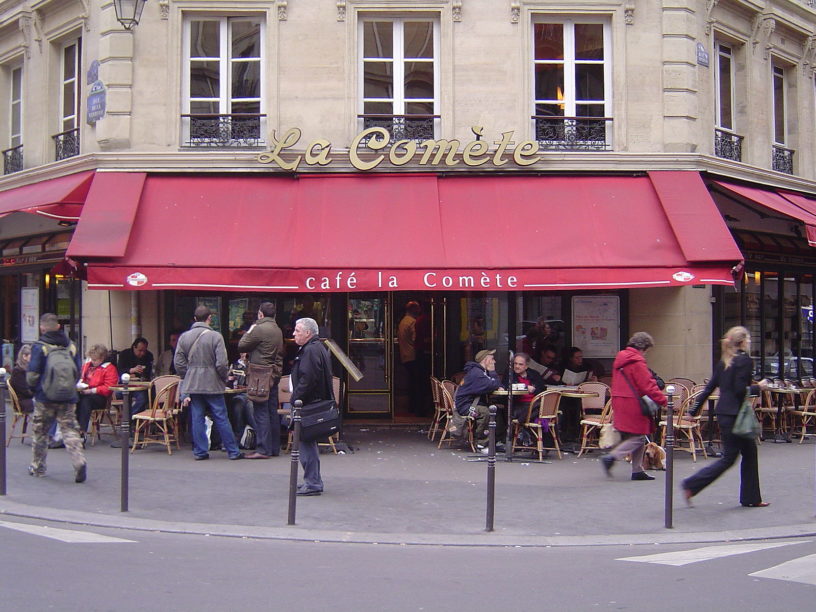 Let’s be real, le Marais is a tourist trap of a neighborhood, pretty much year round. To give credit where it’s due, this part of Paris is filled with whimsey and charm, so it makes sense that everyone wants to stay, dine and shop here as often as they can.

To escape the tourist traps, you can head to these eateries that have somehow managed to stay off the clickbait radar.

Can we all agree that there is a big difference between being a tourist, and being a traveler? Unlike tourists, travelers are those who come to a certain city often, either for work or perhaps sheer love of being there. They operate differently to tourists; they don’t get in anyone’s way, they aren’t too sensitive about schedules and time, and they generally blend into the culture more due to their familiarity.

This important distinction comes in when I recommend a restaurant like Miznon, where it’s always packed with people — but not touristy at all. You have to have spent quite a bit of time in Paris, if Miznon made it onto your local radar. 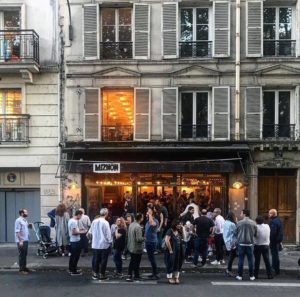 Miznon in le Marais – by Miznon – Sourced from their Facebook

This is traditional Israeli food, all prepared to strict kosher standards at all times. This aside, it is one of the best restaurants in le Marais in my opinion, simply based off of the delicious food and quality service combination.

Miznon is great because vegans and meat eaters dine in perfect harmony here; there is something on the menu for everyone. If you’re not up for kebab, take advantage of the extensive vegetable menu as well as their incredible dips.

Miznon is authentic to the point of importing Israeli beers to serve on their menu. An immersive dining experience that takes the Israeli culture into consideration throughout.

Something you need to keep in mind while in le Marais is that most of the time the restaurants with the least hype have the best food.

Pitzman might not have been sampled by Lenny Kravitz like it’s competitor (L’as du Falafel) up the road, but they do make some incredible falafel alongside a full kosher menu.

Closed on Saturdays, Pitzman is a really lovely falafel bar accompanied by a deli and bakery. A one stop shop for kosher treats, if you will. Their falafel is the main event, but they also do some surprisingly good fish plates and even some kosher pizzas. Take note that Pitzman also do gluten free falafel!

Chilam Gastrobar is new to the Parisian Mexican food scene, but is fast becoming everyone’s favorite. It’s wonderfully authentic, from the menu to the drinks. The tacos are prepared with homemade tortillas using imported masa harina from Mexico. You won’t find a hard shell taco anywhere in Chilam Gastrobar; this spot is traditional thorough and through.

Where to Find the Best Mexican Food in Paris

You’ll need to book if you want to dine here on a weekend — locals have developed big love for this food from the west.

Moving slightly further south in the le Marais district, the Boot Cafe is a fairly new cafe concept built into an old cobbler’s shop dating back to pre-Revolutionary times. As you can imagine, it is tiny!

The cafe specializes in coffees and lattes in flavors from around the world. The cafe section of the space prepares freshly baked treats and light meals to be enjoyed with your hot drink. 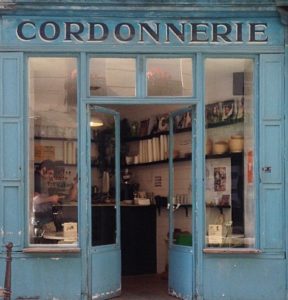 10 Most Non-Touristy, Beautiful Places in Paris

Because the cafe is so close to where le Marais meets the Bastille boarder, this spot has managed to remain a local gem, as opposed to a tourist trap.

OPENING HOURS: MONDAY TO SUNDAY: 10AM TO 5PM

The charming interior of this brasserie first roped me in one evening whilst I was actually trying to escape the Fashion Week crowds that were filling the streets of le Marais. The dark wood finishes with the plant life made for a welcoming little hideout on the cold winter’s day.

It seems the coziness of le Bouledogue isn’t seasonal at all; year round this is a beautiful escape for all who need a reminder (or introduction) of what true French dining is all about. The menu is authentic and perfectly executed each time. You’ll find all your French favorites such as steak tartar, ratatouille, confit de canard and even crispy French fries.