What is dark tourism? I’m going to assume that if you’ve made it to this page, you are already quite familiar.

Dark tourist activities are those considered to be associated to tragedy and death. They are usually always historically motivated in some way, having played a role in the shadow history of the country in which they exist.

Paris is one of the best cities in Europe for dark tourism. France has a tumultuous history, and thus enough bone chilling stories to tell through certain monuments. Here are my top five:

The Catacombs in Paris

The Catacombs are an underground system of tunnels that run beneath Paris. Here you’ll find the physical remains of over six million people. Yes, the walls, floors and ceilings are lined with the bones of those who walked France long before any of us were even a blip in the universe.

Construction of The Catacombs began in 1774, after a series of incidents occurred in the cemeteries above ground, in greater Paris. 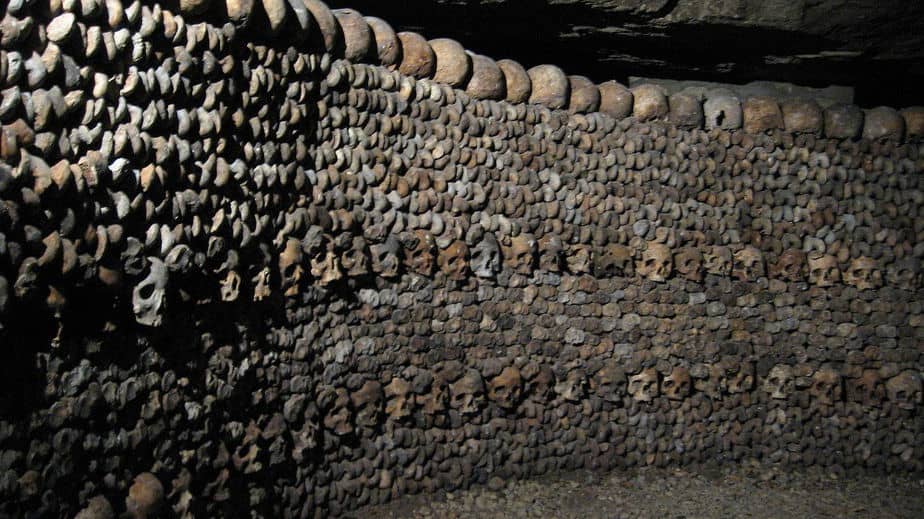 The Catacombs in Paris – by Djtox – Wikimedia Commons

These tunnels remained forgotten for decades, before finding newfound appeal sometime in the 19th century. They have since been restores and made safe for public visitation.

This spot is the dark tourists dream; it is thought that there may be one of every single possible human bone present somewhere in the tunnels. How many can you spot?

Click here for more on how to visit the Paris Catacombs

The Dog Cemetery in Paris

Actually called the Cimetière des Chiens et Autres Animaux Domestiques, Paris’ dog cemetery gets mixed reactions when unassuming individuals learn of its existence. This is actually a general pet cemetery, not dogs in particular, but it is believed that thousands of years ago this space was solely used for the burying of dogs.

This is where Rin Tin Tin is buried; the real dog from the history books. You’ll have to pay a €3.50 entrance fee per person, which I find slightly odd, but I would still say the experience is entirely worth it. 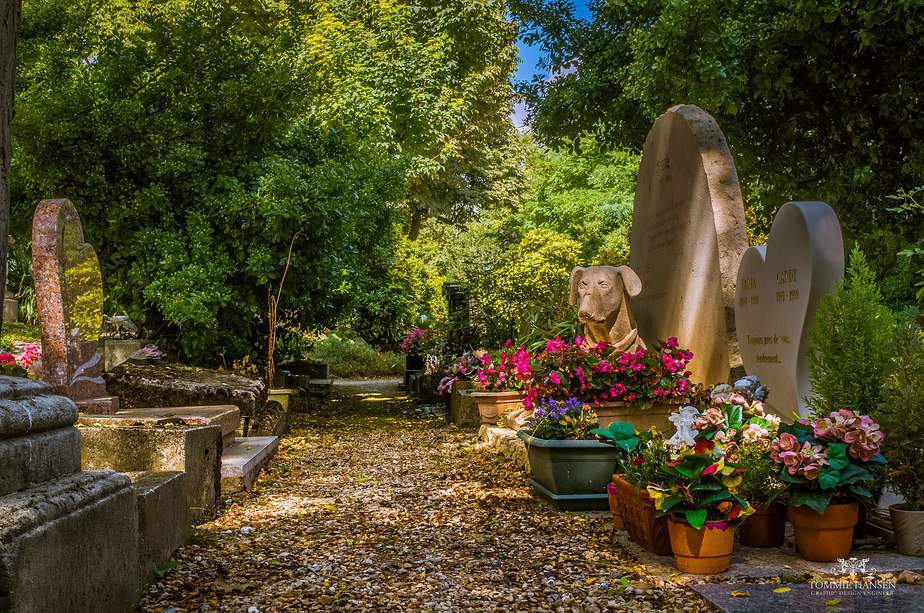 It’s quite a serene and peaceful place, despite the dark element. Its utterly fascinating to see the ways in which different people pay tribute to their deceased animals.

All Human Cemeteries in Paris

Throughout Europe, Paris is known for its picturesque, garden cemeteries that are so beautiful, they are an entire tourist attraction.

There are four main cemeteries that stand at the four coordinates of the French capital: Pere Lachaise in the east, Montmartre in the north, Passy in the west and Montparnasse in the south. 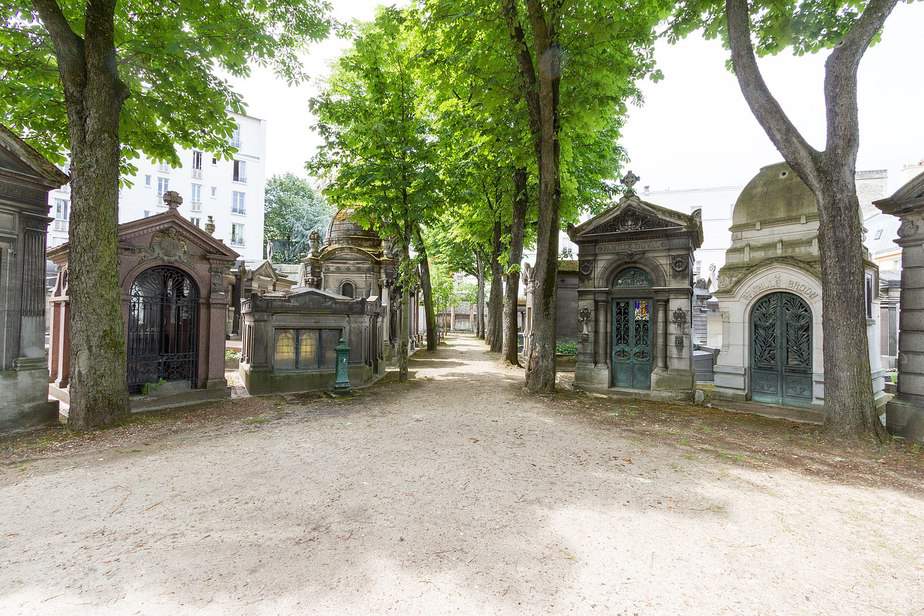 There is a lot of rich history associated to each one, with some very notable names having found permanent residence at these grounds. You can visit Edith Piaf at Pere Lachaise, along with Oscar Wilde.

For a slightly darker experience, visit these attractions after the sun has dipped. Its a whole other experience altogether.

Les Egouts is the name for the sewers of Paris, and these were turned into a museum of their own not too long ago.

The sewerage system was developed over centuries, dating as early as ancient times and still being renewed to this day. 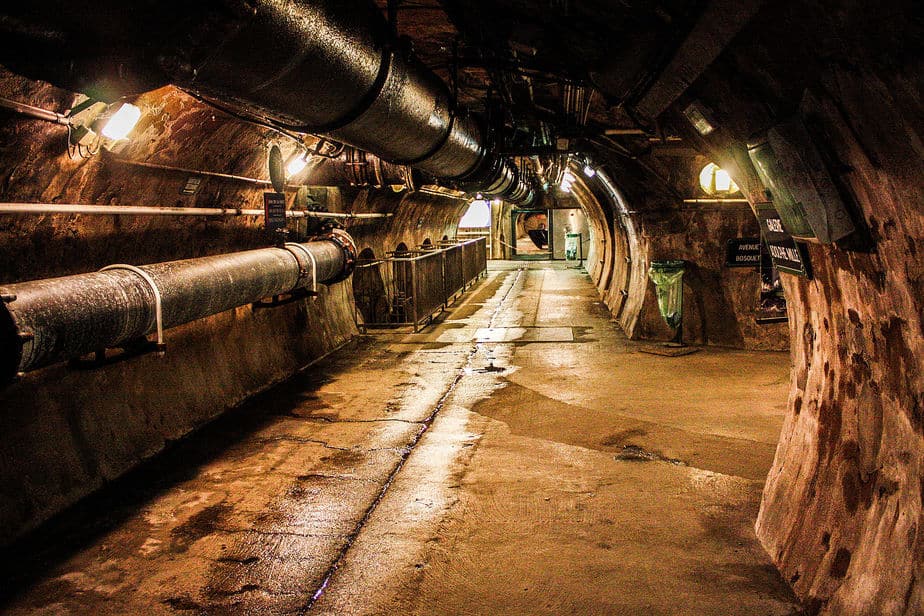 Hour long tours are given throughout the day, and in this time you’ll learn everything there is to know about the system, workers, maintenance and machinery. It does smell a bit once you’re down in the tunnels, so I’d bring along some tea tree oil to put under the nose, or even a mask if you feel more comfortable.

The Vampire Museum in Paris

Finally, Paris’ vampire museum is a dark tourist gem tucked in the outskirts of the city. You’ll find it on just about every ‘off the beaten track’ list on the Internet, as it really is a wonder of its own.

A lot of people say that this attraction is not for the faint hearted. There is a very really chance of leaving properly freaked out of your skin, which I guess is the appeal for some individuals. 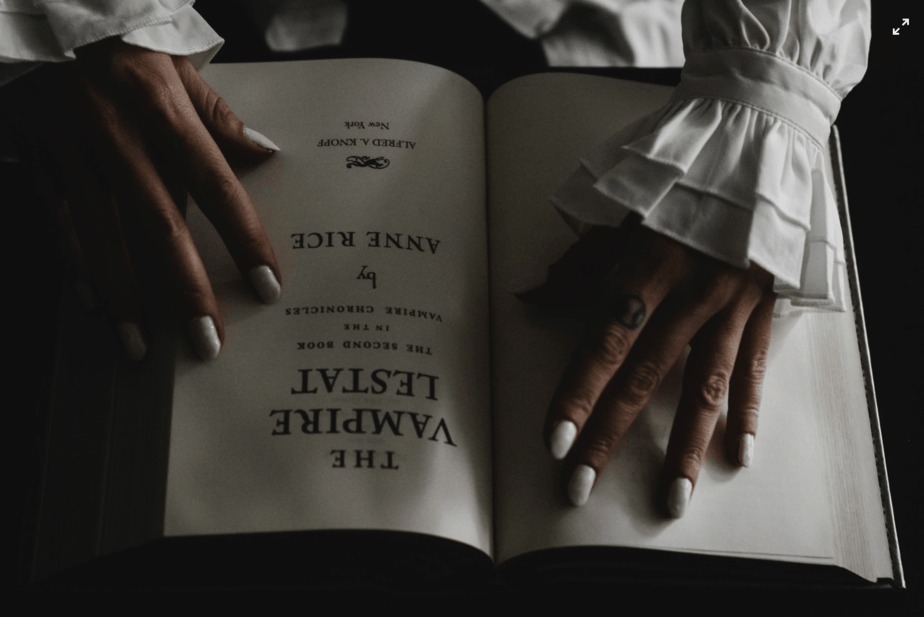 I recommend calling ahead before heading through. The museum is notorious for closing without warning, and not sticking to their stipulated opening hours. Frustrating for some, yes, but not for real vampires.

For more on the Vampire Museum in Paris, click here