Every year, thousands of budding young chefs (and some old) from around the world flock to France to broaden their culinary perspectives.

If you’re looking to master the art of French cuisine, where better to do so than right here in France? These top rated institutions churn out world-class chefs by the week. Here are the ones that should be on your short-list:

For the top 10 pastry schools in France, click here!

Based in the center of Paris, le Cordon Bleu is a household name when it comes to French gastronomy. It’s considered to be a top class culinary institution, known for having some of the most comprehensive (and competitive) courses in the country. Students come from far and wide to attend programs at le Cordon Bleu.

This institution was founded in 1895, and offers everything from traditional French pastry making, to bread baking and even a strictly vegetarian course. You’ll also have the opportunity to learn wine pairing with food, which isn’t something offered at most cooking schools. 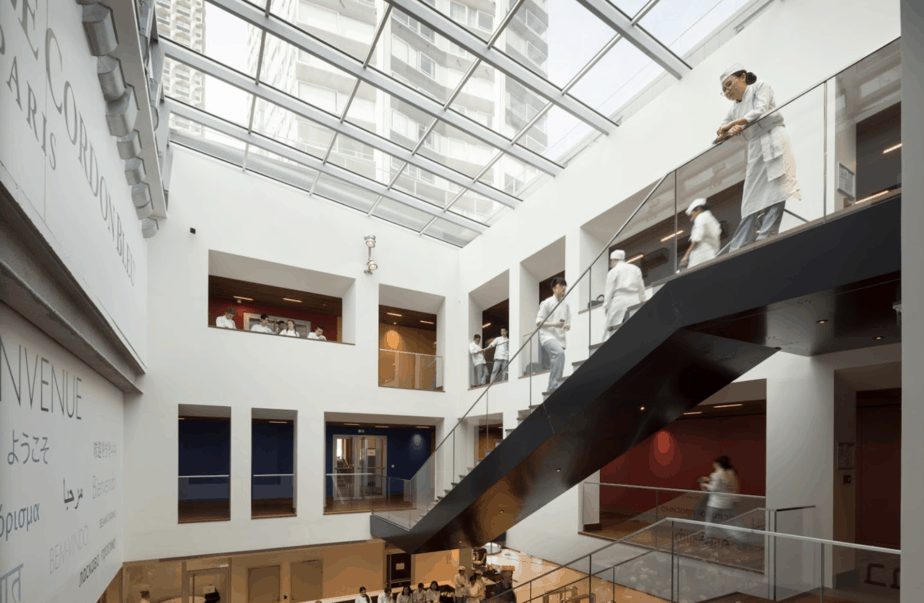 This school is still somewhat of a newcomer to the culinary education scene in France. It was founded not long ago in 1999, by a chef named Alain Ducasse, who consequently has 21 combined Michelin Stars under his belt.

The campus is in the northwestern suburbs of Paris, and offers 3 year bachelors degrees. Classes are taught in both English in French, which makes the campus an inclusive place to be. This is considered to be one of the most hands-on and immersive schools in France. 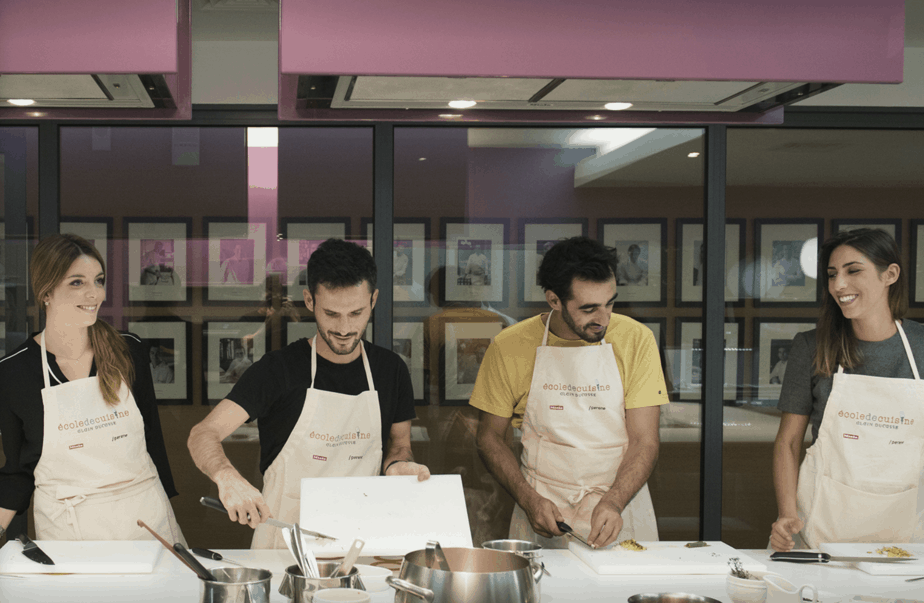 Les Coulisses is another renowned institution that was founded by none other than Chef Olivier Berté himself.

Choose from world class courses, ranging from the art of traditional patisserie, to cooking for people with coeliacs. All are welcome at les Coulisses, all that is required is a passion for cooking and a will to learn. The student body is extremely diverse!

You’ll find les Coulisses in the 2nd arrondissement, which is a vibrant part of the city and within walking distance to some of the most notable Parisian attractions.

La Cuisine is another well known culinary institution under the French umbrella. If you learn more through experience, you’ll likely enjoy the approach that this particular school embodies.

Through a series of targeted cooking programs, you’ll be taken out into actual “foodie” hotspots in the French capital. Some outings are mandatory, whilst others can be joined on a whim whenever one feels inclined to explore French cuisine from a real-world perspective.

All classes at la Cuisine are taught in English. 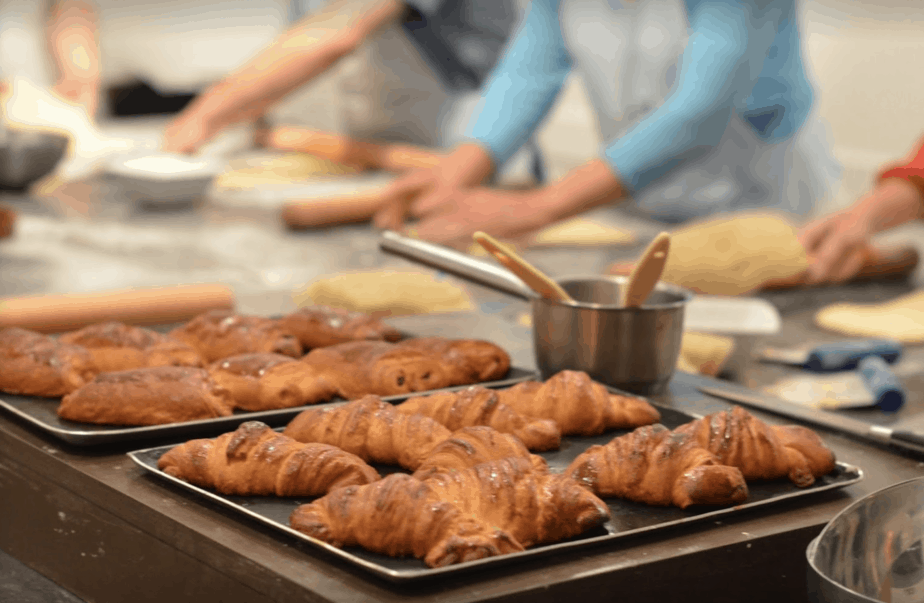 Atelier Guy Martin is a chic culinary education center located in a gorgeous townhouse near the Champs Elysées. It doesn’t get more Parisian than this!

The founder, Guy Martin, holds two Michelin Stars at the iconic Grand Véfour restaurant in central Paris. You’ll learn the tricks of the trade, and be immersed in numerous tasting experiences to further your understanding (and develop your palate).

Click here for our guide to Michelin restaurants in Paris.

l’Ecole Lenôtre is considered to be one of the best places to learn French pastry on the planet. It was founded in 1971 by Gaston Lenôtre. With an extremely diverse campus, this school boasts students from over 100 different countries.

The education here is based on traditional French cuisine. All of the chefs you will learn from, learnt their skills from top dogs in the industry; we’d expect no less from Gaston Lenôtre, a man considered tone one of the biggest names ever in pastry.

This is a high pressure environment and you’ll be thrown into the deep end; but you’ll be better for it in, say, 3 years? 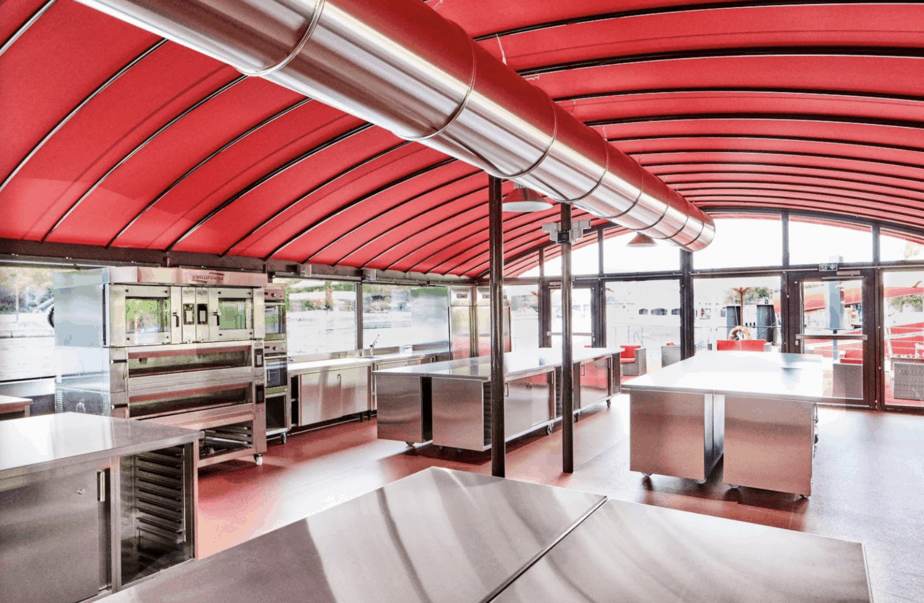 If you want to get away from the conventionality of Paris, considered applying at Gastronomicom, the culinary institution on the southern coast of France, just west of Marseille.

All classes here are conducted in English, however students do have the opportunity to learn French as part of their course package. All skill levels are welcome at Gastronomicom.

What’s wonderful about the location of this cooking school is that it is situated near to the Spanish boarder. A 3 hour drive gets you to the heart of Barcelona; weekends just got a lot more exciting. 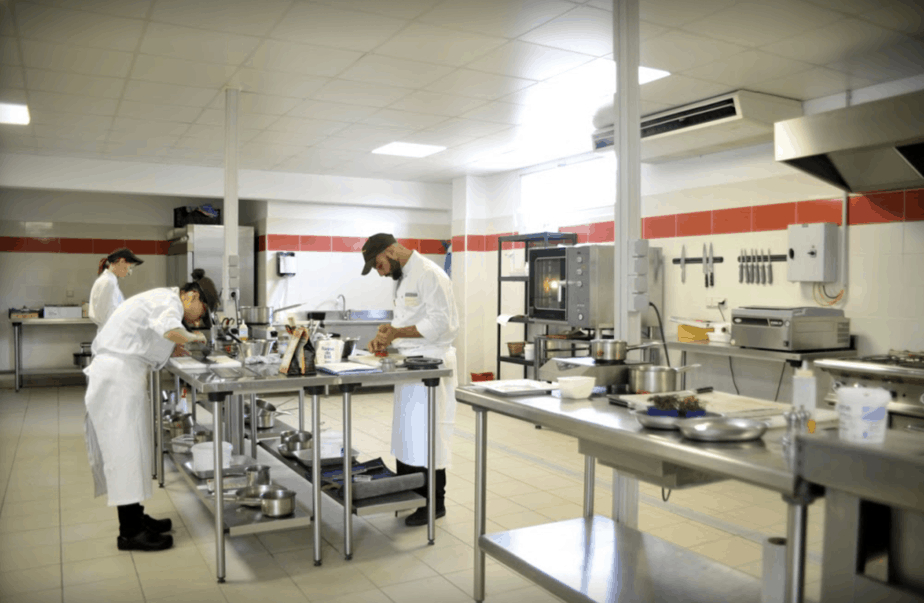 For everything you need to know about Barcelona, click here!

L’ateliers des Chefs is one of the more affordable culinary schools in France, seeking to make this kind of education accessible to more people. The school features a high number of intestine workshops, most of them centered around regional themes.

You might learn the cooking techniques of the Provence region, or explore how regionally-specific dishes are prepared in each part of the country. This is a highly practical school. 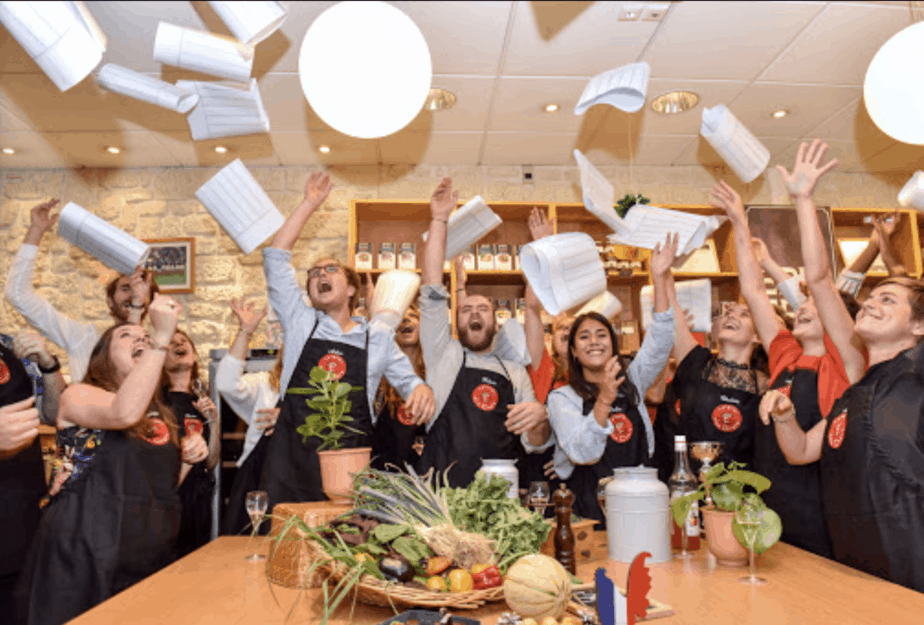 L’Atelier des Sens directly translates to “workshop of the senses”, and this is a fine indication of what to expect from enrolling here.

This particular school is favored by expats from the UK, as classes are offered in English and it is easy enough for British citizens to travel under the canal whenever they wish to visit home for the weekend.

The programs at L’Atelier des Sens are hands-on, and you’ll be involved in everything from market visits, to working in the kitchen with children.

They also have a campus in Lyon, so if you want that small-town, village vibe you can apply for this sector.