The Best Cafes near Disneyland Paris 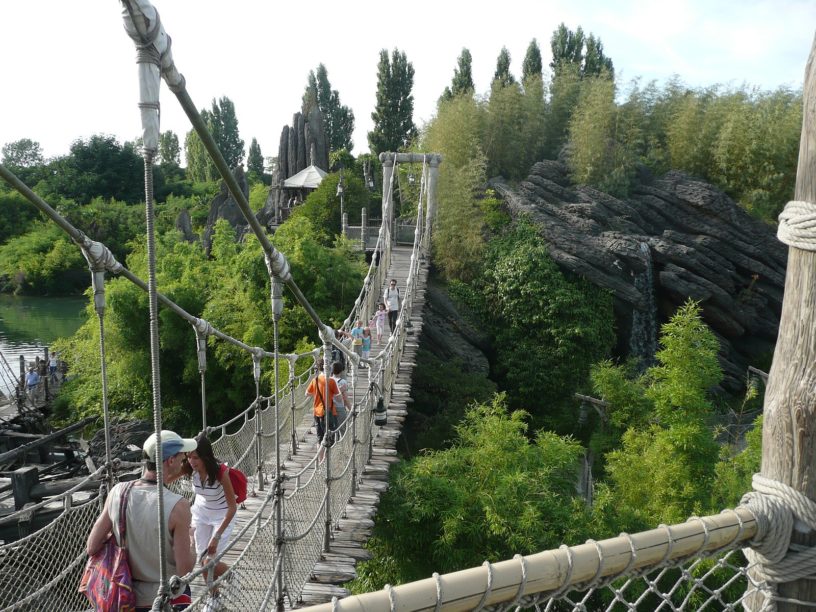 The Best Cafes near Disneyland Paris

A day trip to Disneyland is one of the best things you can do during a trip to Paris, whether you’re traveling with children or not. This really is the happiest place on Earth, which much to see, do and eat no matter your age.

Sometimes, however, certain people struggle with the food options inside of the park. Theme park food is notoriously unhealthy, so a lot of people actually venture out into the greater Coupvray area when it comes time to refuel. Here are some cafes nearby that I would recommend: 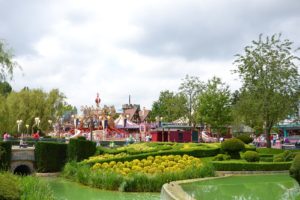 Best Things to Do and See Near Disneyland Paris

This is pretty much where you’ll find all of the folk who just needed a break from the magical kingdom, and ventured further away than most usually would. This wholesome spot is an absolute treat; from the ambiance to the food, everything is amazing. 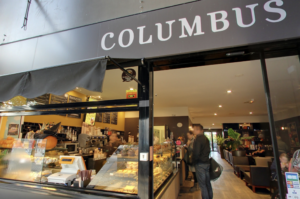 As far as coffee shop culture goes, this one has nailed almost every element. That said, I wouldn’t pin this as a great place to work, as the wifi isn’t the strongest and the cafe can get particularly loud during peak hours.

I highly recommend this spot for a tasty breakfast in the mornings, before you enter the actual park!

Opening Hours: Monday to Sunday — 8am to 8pm

The Interpreter near Disneyland Paris

For a more upmarket cafe experience, take a stroll from the Columbus Cafe through to none other than The Interpreter. This is as classic French as it gets, and it operates as a traditional brasserie with a full day menu to keep all visitors refuel and ready to go! 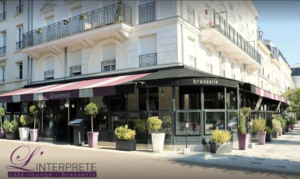 I cannot stress this enough: order the Aussiette Marine! And then order a cheesecake for dessert for good measure. Both are totally out of this world and worth a trip to Disneyland in and of itself.

The next few spots are actually situated inside the park itself, though they are on the opposite end to the attractions and it takes real will power to reach them on foot. 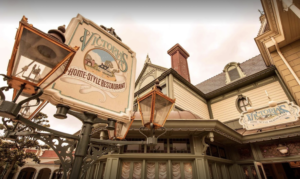 This is a traditional tea house; a spot for milkshakes, teas, coffees, cakes and more during your visit to the kingdom. The prices here are also considerably less compared to the rest of the dining options within the park — even if you want the same old hotdogs and burgers as the other spots, you’ll pay less here.

This is my personal favorite cafe in all of Disneyland. It’s Middle Eastern cuisine, and the space itself is Aladdin themed. Come for endless mezze, kebabs and couscous-based dishes that are nothing like the rest of the fast food in the park. 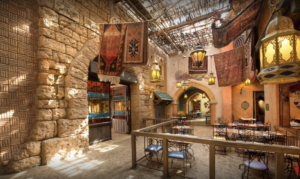 The cafe operates buffet style, and there is A LOT to choose from. It’s one of very few experiences inside of Disneyland where you actually don’t feel like you’re being ripped off in one way or another. Worth every penny! I recommend booking in advance because this place gets crowded!

This one is for all the early risers! Opening their doors promptly at 6am every morning, this is a coffee and snack cafe-kiosk situated a little outside of the theme park.

Expect to get fresh coffee and baked treats first thing in the morning, with service thought to 7pm. Admittedly, this is some of the best coffee in the entire district — take note!

Opening Hours: Monday to Sunday — 6am to 7pm

While this may be a cliche, the Starbucks in Disney Village is worth noting as a worthwhile cafe eatery when you’re in need of an energy boost. This is one of the most reliable spots in the village if you’re in need of wifi to send that all important email. 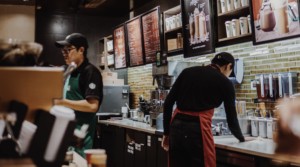 You can also always count of Starbucks to have something that will wet your palate, even if it’s a simple granola bowl or ready-to-eat sandwich. In the summer, you’ll be very, very grateful for their iced coffees and teas — when in doubt, always get the venti-size!