The Best Art Schools in Paris 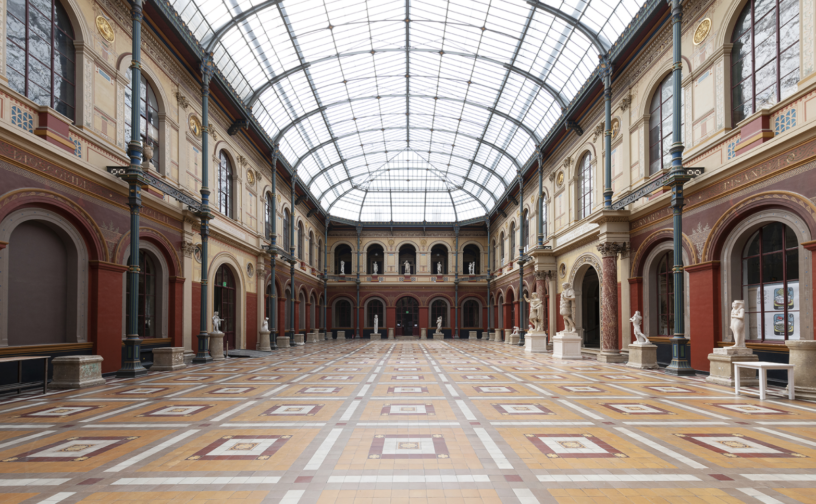 The Best Art Schools in Paris

Paris has been a haven for artists and creatives across centuries, and this aspect remains in the city today. Living in Paris is often like living art, from the parks to the architecture to the museums, to the simple yet beautiful light that seems to bathe the city; art is everywhere in Paris. So it’s no wonder that Paris is home to some excellent art schools, and we’ve rounded up the top contenders. Here’s a guide to the best art schools in Paris. 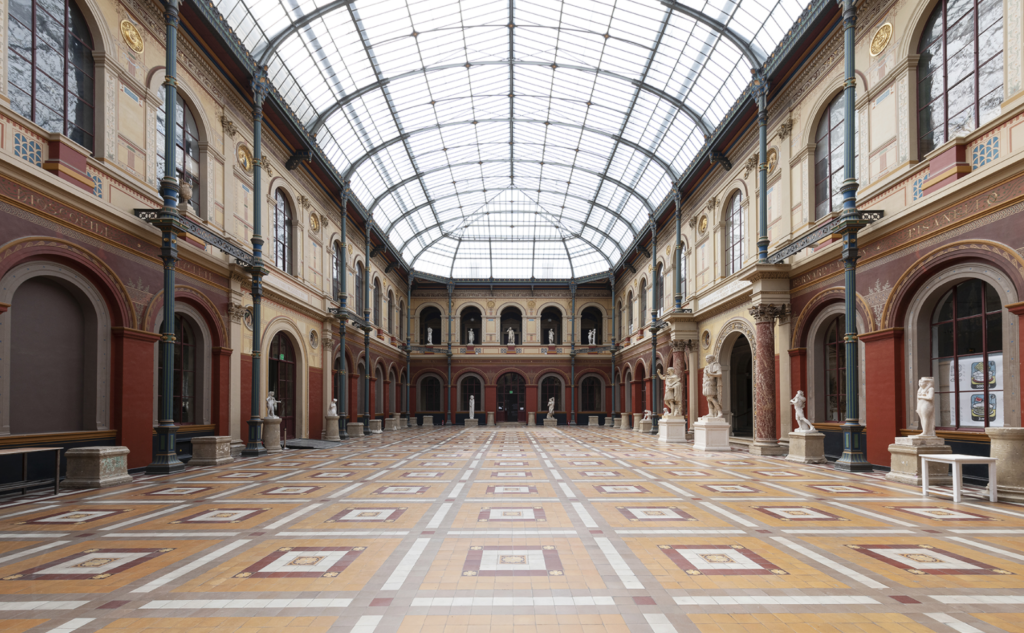 Les Beaux Arts de Paris is one of the best art schools in Paris, and is fittingly situated in the heart of Saint-Germain-des-Prés. Founded in the 17th century by Louis XIV, the academy has made a name for itself throughout the years, and established itself as one of the most well-respected art schools in the world.

Today, Les Beaux Arts is still one of the most prestigious art schools in the world, and the admission rates reflect this. They offer both undergrad, graduate, and continuing education programs focused on the fine arts: drawing, painting, sculpting, etc. This school focuses on both theoretical and hands-on instruction, preparing students for careers related to the arts and design. 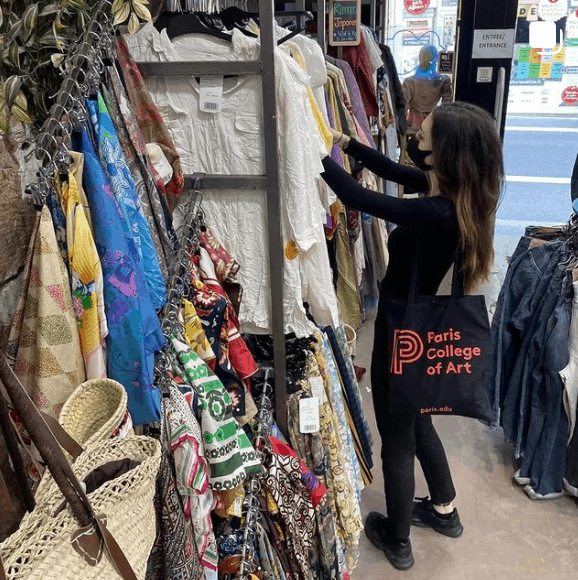 Photo courtesy of Paris College of Art – Sourced from their Instagram

Paris College of Art is an international arts college located in the heart of the city, in Paris’ lively 10th arrondissement. And Paris College of Art definitely deserves a mention in the best art schools in Paris. They offer a wide variety of art degree and certificate programs as well as summer exchanges and study abroad options.

Paris College of Art is accredited in the USA, which means that your degree would be recognized both in France and the United States. Undergraduate programs include fashion design, fine arts, interior design, photography, and communication design. Graduate offerings are a bit more varied and include programs focusing on drawing, photography and image-making, interior design, and design for social contact among others. 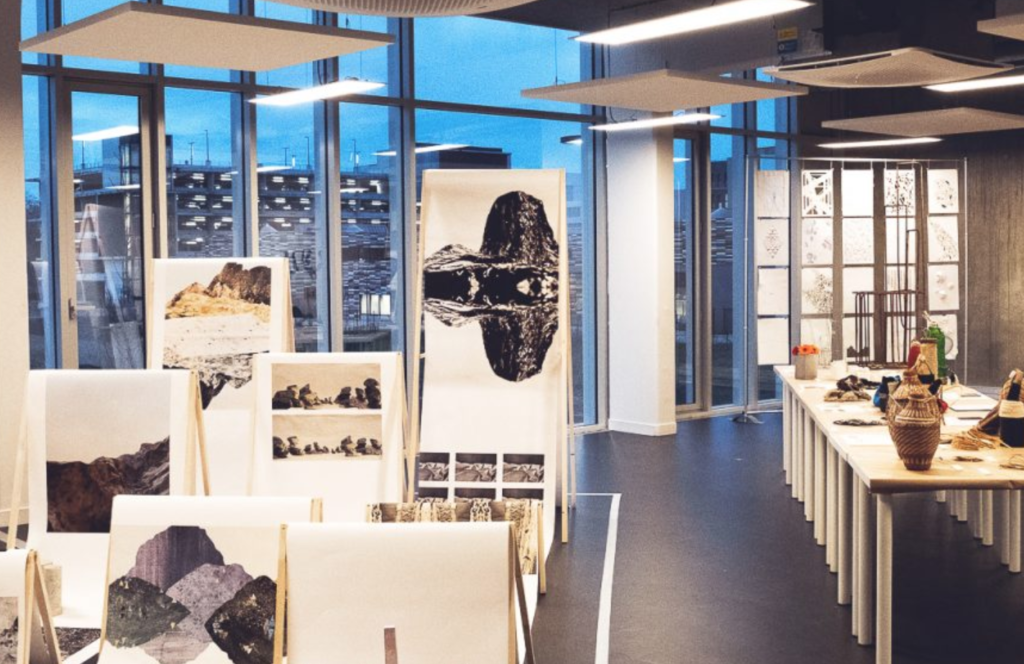 Situated in the 15th arrondissement just behind the Place Cambronne is the Ecole de Condé Paris: one of the best art schools in Paris. The school and offers degree programs focusing on design, illustration and animation, photography and moving images, and cultural heritage restoration.  Ecole de Condé offers both bachelors and masters programs depending on the major you choose.

Ecole de Condé has over a dozen campuses around Europe and across France, but the Paris campus is one of the most impressive. And definitely the most modern art school in Paris. Having undergone a total renovation in 2014, the 5,400 square meter Paris campus is fully equipped with the latest technology and provides an intuitive learning environment.

The American University of Paris 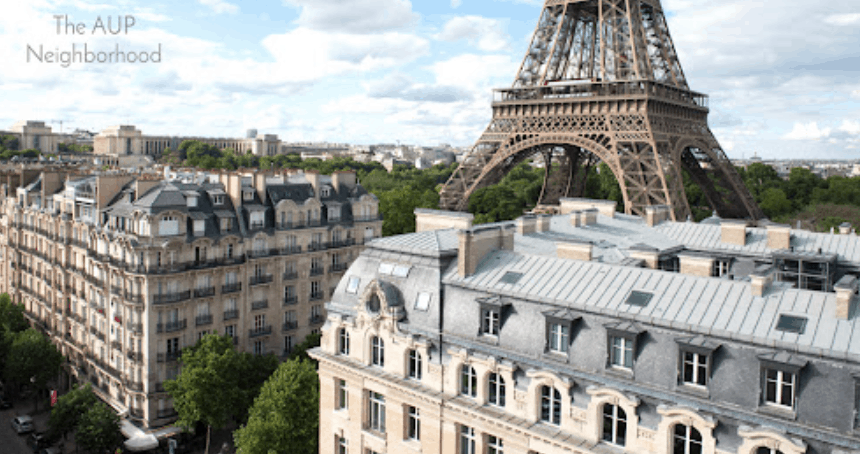 As an AUP alum myself, I was a bit surprised to be adding this one to my list of the best art schools in Paris. But after further research, it definitely deserves a place on this guide. Located just a stones’ throw from the Eiffel Tower in Paris’ 7th arrondissement, the American University of Paris is a one of a kind school in Paris.

And as the name implies, AUP is truly an American university with an American academic approach. An undergraduate degree takes 4 years to complete, and the first two years are usually general studies and elective subjects chosen by the student, before declaring their major.

AUP offers undergraduate programs with majors in Art History, Fine Arts, Film Studies and Creative Writing. In addition, it’s possible to add minors in other subjects – related or not. That’s the beauty of the American system compared to the more typically rigid European style.

The AUP student body is made up of over 130 nationalities, and the list of clubs and extracurriculars is truly impressive here. There’s even school sports, which is almost unheard of in Paris! 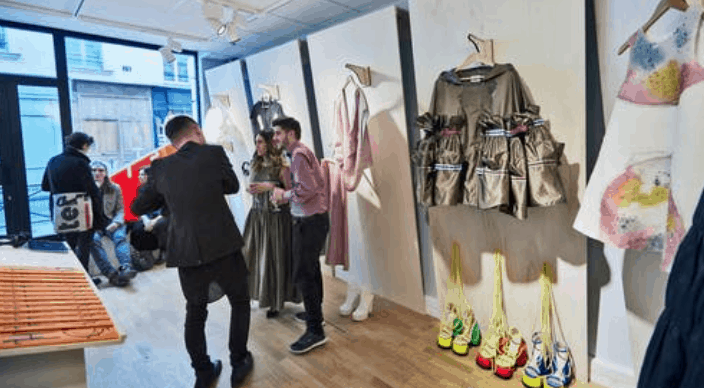 Photo courtesy of Parsons Paris – sourced from their official website

Parsons Paris The New School is one of the more famous places on this list, thanks to the notoriety of the original campus in NYC. But Parsons Paris is an incredible art school, certainly one of the best in Paris.

Parsons Paris was established in 1921 in the 1st arrondissement of Paris and is actually one of the city’s longest standing art schools. They offer both undergraduate and graduate degree programs as well as summer programs across a variety of artistic disciplines, though they are most well known for fashion design.

At Parsons Paris, you can pursue a degree in Fashion Design, Fashion Studies, Strategic Design, or Art, Media, and Technology. The student life at Parsons is also a great aspect of this art school. With a small student body and a campus in central Paris, the community is tight-knit and there are plenty of extracurricular clubs and activities organized by the school.

So now you know some of the best art schools in Paris! I hope you enjoyed this little guide, and see you soon in Paris!