The 10 Best Restaurants for Escargot in Paris 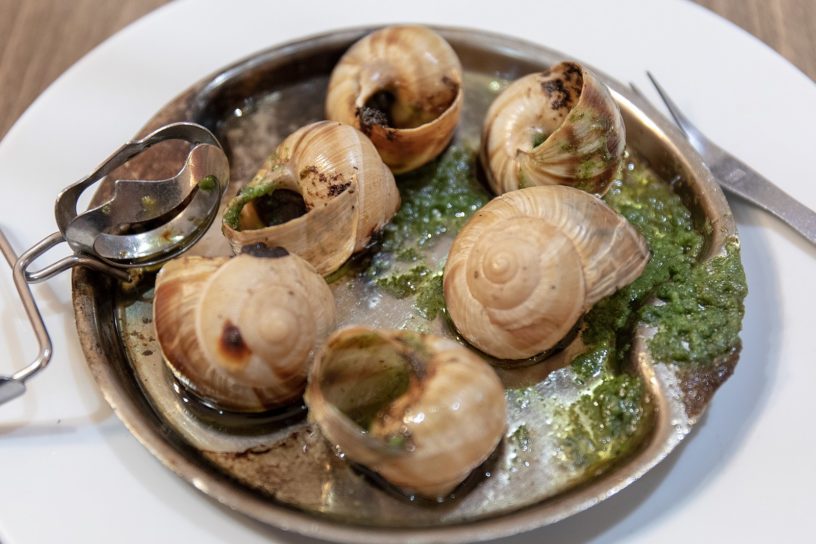 The 10 Best Restaurants for Escargot in Paris

Like frog legs, escargot is a delicacy of France.

Escargots are edible land snails that are cooked with different herbs to flavor them into an appealing hors d’oeuvre. They are usually served with a side of bread for dipping into the remaining sauce.

Unlike frog legs, this dish is not difficult to find in Paris at all. Just about every single bistro, brasserie, bouillon and French cafe will have escargot on their starter menu. 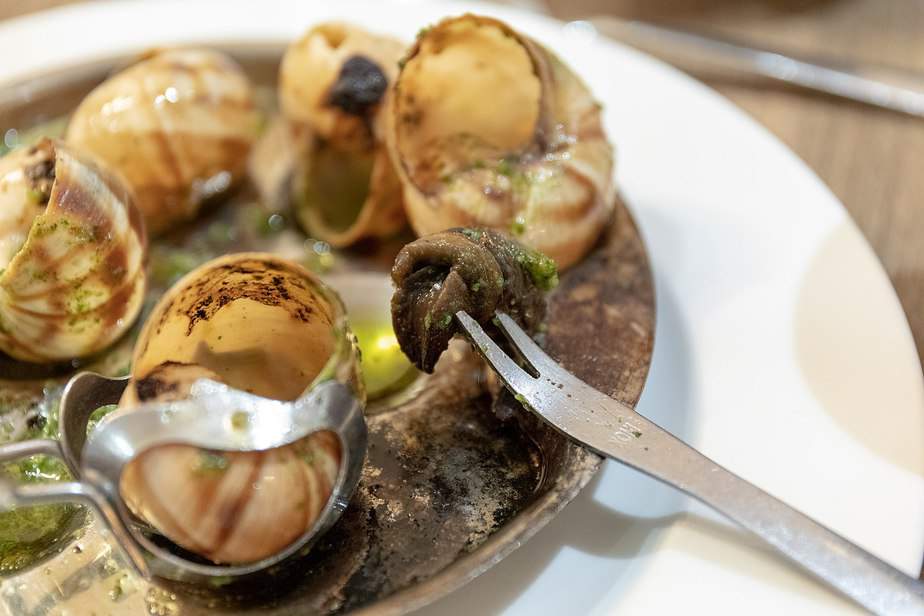 This spot happens to be one of the best places in Paris to enjoy both escargots and frog legs; travelers love to come here to kill two birds with one stone.

It’s considered an institute in Paris, and it’s been here since 1832, having served the likes of Salvador Dali & Marcel Proust.

Come for the escargots, but don’t leave without sampling one of their crepes as well! 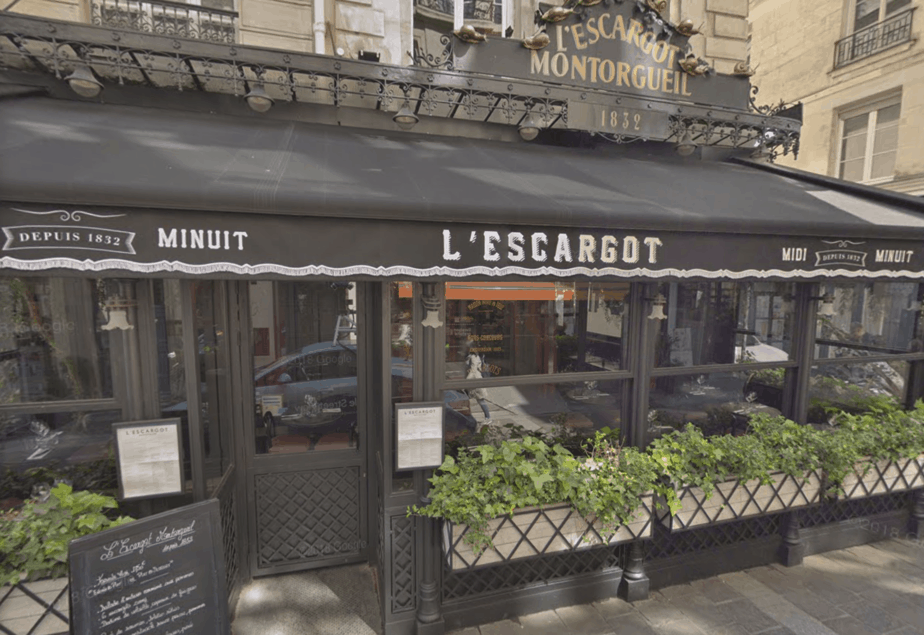 Du Pain et des Idées takes a slightly different approach to the preparation of their escargots.

They use escargot in sweet dishes as opposed to savory, making the snails an integral part of each baked treat.

Berry lovers will enjoy the escargot fruits rouge bio, but if you’re like me, a fan of anything chocolate, then get the chocolate escargot. 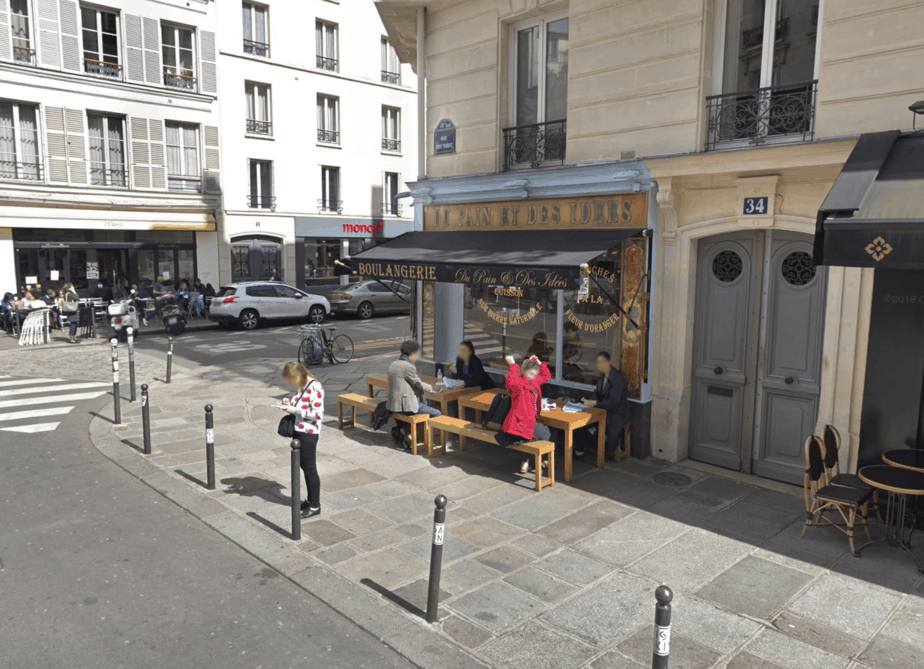 Chez André is your traditional, run of the mill Parisian bistro in the 8th arrondissement. Here, tourism reigns supreme so each restaurant is on their top performance at all times.

I like that Chez André gives you the choice of different sizes for your escargots. Their jumbo option is definitely the most popular, but such big snails are sometimes overwhelming for people not accustomed to the cuisine. 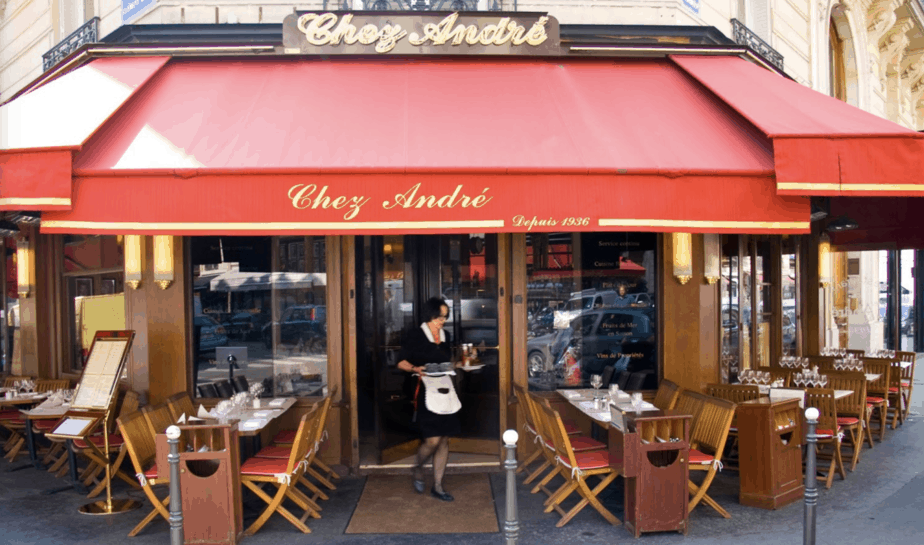 Chez André in Paris – by Chez André – Uploaded by them

For a romantic night out, book a dinner table at Le Petit Châtelet in Notre Dame.

This is also a traditional French bistro where all the delicacies of the country are served. The menu is very affordable considering the quality and the area.

Also, this might be the most aesthetically charming restaurant from street level in the whole city — you can let me know if you agree! 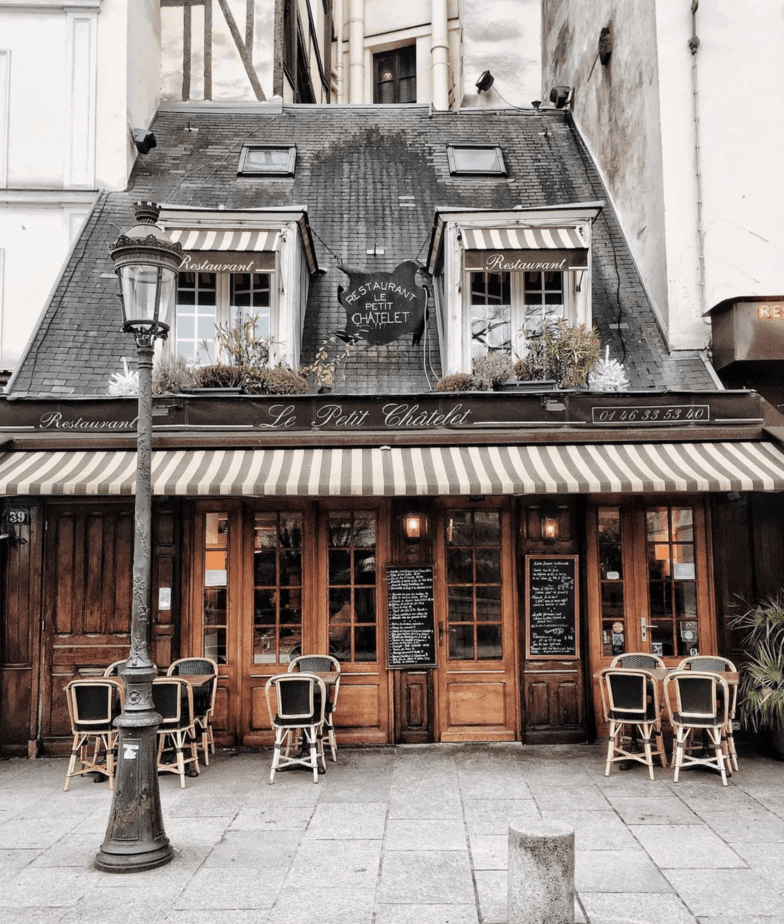 The Bouillon Chartier is another institution to Paris. It was started back in 1896, and has been serving traditional French food ever since.

A few years ago, the bouillon made the decision to make their menu as affordable as possible, without compromising quality. This is very close to fine dining, but at unbelievably low prices.

Their escargots are a crowd favorite and are ordered as starters by almost 70% of the people who come to diner here. 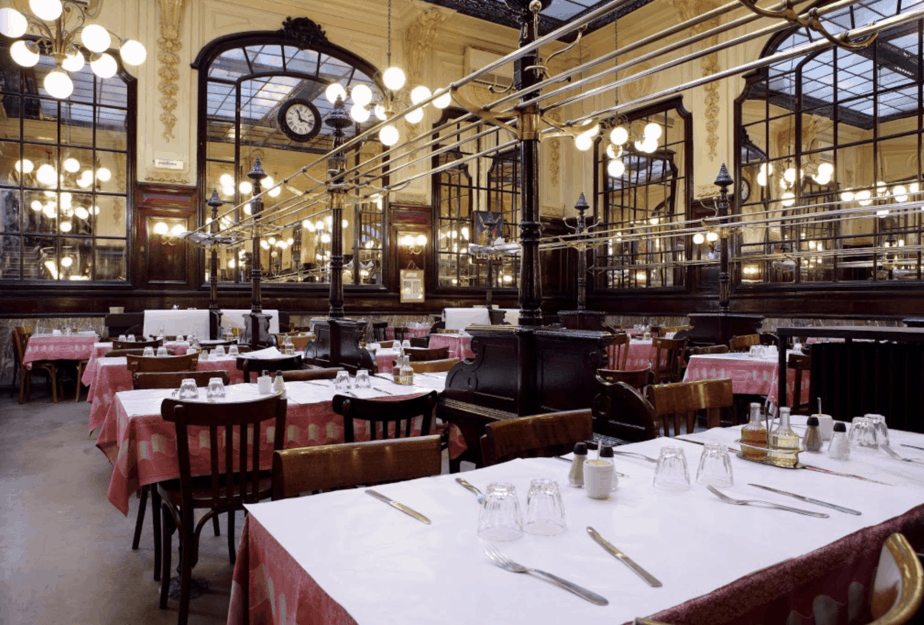 I’ve always like the intimate, speakeasy vibe at the Coupe Chouin on the Left Bank.

This is a top spot for romantic dining in Paris, and reservations are required if you’d like to join them for dinner.

Their escargots are traditionally prepared and a really well sized portion for your first course. The dish is best paired with a French Bordeaux, as your waiter will likely advise you. 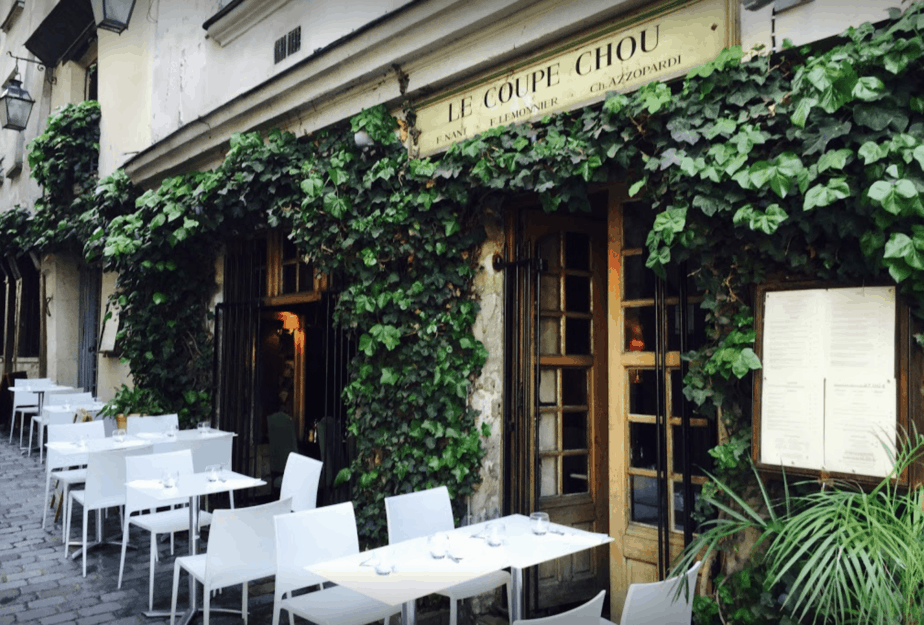 La Jacobine is also on the Left Bank, and is the most inviting restaurant on the rue Saint-Andre des Arts. The whole perimeter of the eatery is made from glass, so you’re always in view of both the warm atmosphere inside, and beautiful Parisian streets on the out.

I must recommend both the escargots and the French onion soup.

The Fontaine de Mars is a great spot for escargots near the Eiffel Tower. If you dine here, order a portion of the mushroom paté along with your snails; you’ll be thrilled to have it as an accompaniment to your bread.

Bistro dining in this part of town can often come off as pretentious and unwelcoming; la Fontaine de Mars is not like this at all! A wholesome, inviting space where food is celebrated. 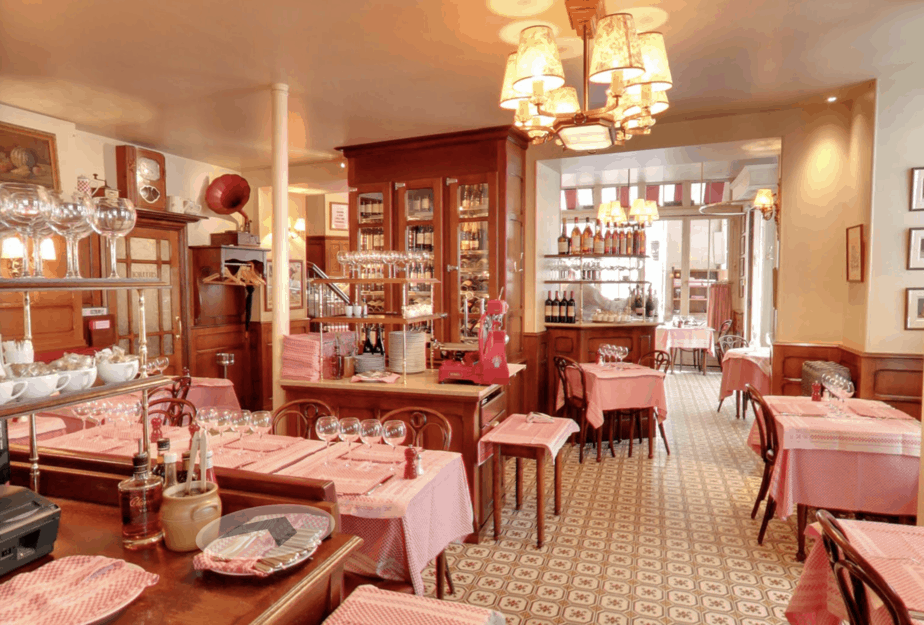 While hunting down traditional ratatouille in Paris, I came across Chez Janou. Turns out this spot has been here for years, and it remains well loved amongst the locals & the tourists.

Chez Janou does escargot the way your French grandma would were you to ask for them as a homemade meal. More than this, there are also a variety of escargot inclusive pastas that really steal the show. The tagliatelle with escargot incorporates basil pesto and is phenomenal. 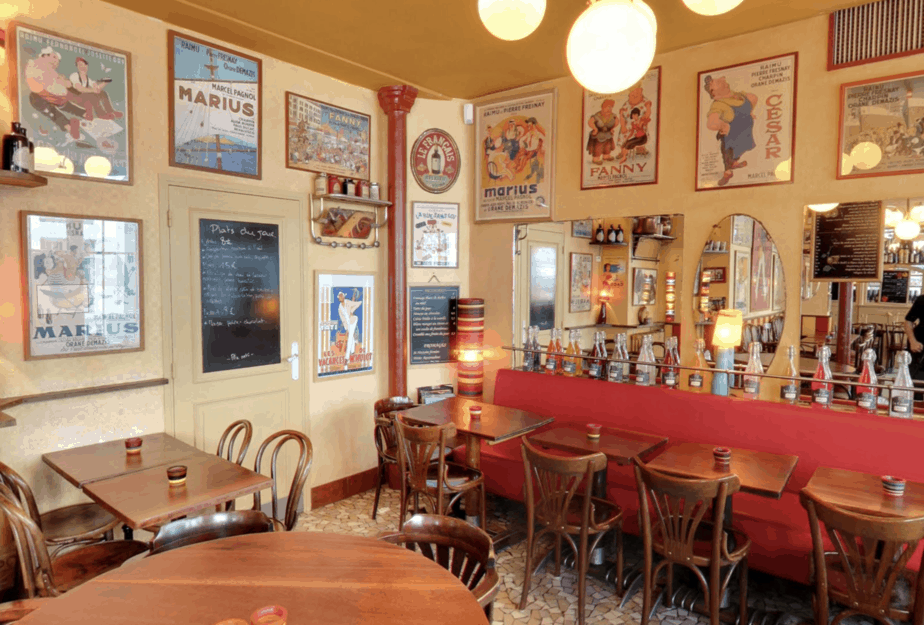 Chez Janou in Paris – by Chez Janou – Uploaded by them

Au Doux Raisin is a little wine bar in St Victor where escargots are served as a light appetizer during your wine drinking session.

It’s a nice spot to enjoy the dish without needing to sit down for a full on formal meal. This is actually how a lot of French locals prefer to enjoy their escargots.

In your attempt to sample everything local and traditional about Paris, make time for a guided walking tour through the city as well. This will give your time here a cultural element as well as historical point of reference for all of the neighborhoods that you find interesting. C’est bon!