Rue Montorgueil: Best Things to Do and See 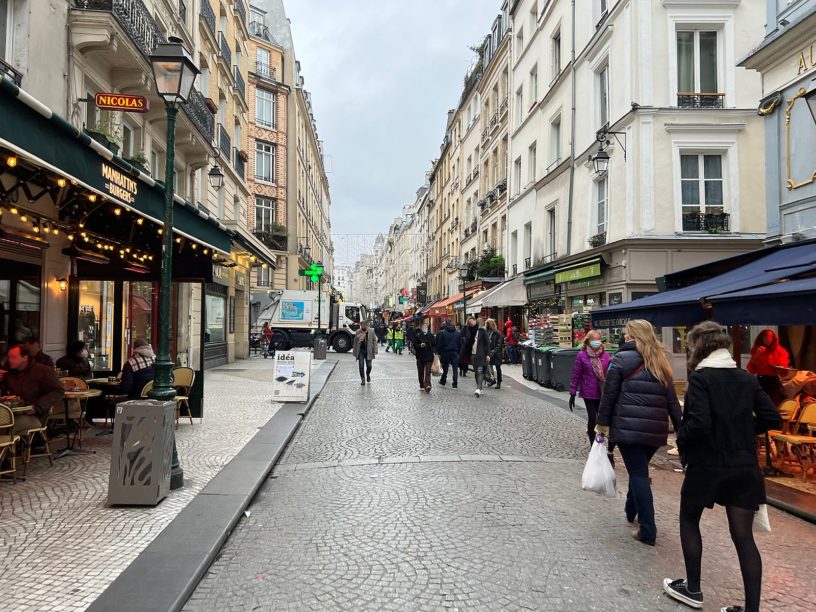 Rue Montorgueil: Best Things to Do and See

Ever heard of the Rue Montorgueil? It’s one of the most vibrant streets in Paris, known for restaurants, cafes, bakeries, wine shops, fish shops and even flower sellers. It lies between the 1st and 2nd arrondissements and is where local Parisians come to mingle.

A walk in the Sentier District of Paris

There are a number of things I would recommend doing while you are meandering near this famous street, and they are as follows:

Being one of Paris’ only permanent market streets, Rue Montorgueil boasts as never-ending stream of fish sellers, flower shops, cheese stands and butchers. This is where locals come to do their groceries, and the quality is unmatched compared to the kind of produce one can expect from a regal supermarket. 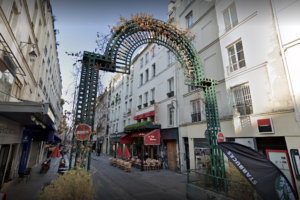 The Best Paris Flea Markets and How to Enjoy Them

Take advantage of this kind of retail if you have an Airbnb in Paris where you can cook at home.

Learn the History of Rue Montorgueil

The road itself translates directly to “Mount Pride”, which refers to the hill-heavy ares upon which the street was designed. If you walk the road, you can find some historic houses made with intricate ironwork at numbers 17, 23 and 25.

Rue Montorgueil’s name translates literally to “Mount Pride” and was named after the hilly area on which the street was developed. 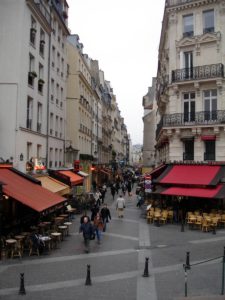 A Quick History of Parisian Architecture

Back in the 16th century, this street was home to many theatre troupes, including that of the one belonging to Jean Racine. This is a point of wonder for theatre fiends who enjoy learning about the living situations of the early pioneers.

Theatre groups aren’t the only point of history for this ancient street. You can imagine that it has seen its fair share of Parisian history, and that the buildings have quite the story to tell. 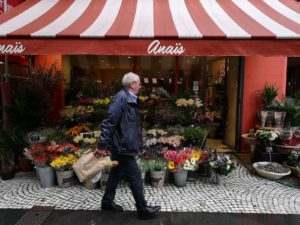 Taking a free guided walking tour in the area means that you’ll get the inside stories of what really went on in this part of Paris back in the day.

Okay, so its a lot more little than you’d expect; only the size of a single cafe. But dining in Little Italy Caffe is a really interesting experience on a street that is so classically French. 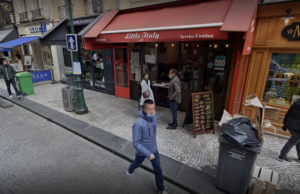 The Best Pasta in Paris

If you’ve had enough escargot and onion soup for one holiday, come enjoy the traditional Italian pastas and Neapolitan-pizzas, paired with imported wines from across the country itself.

The surrounding streets to rue Montorgueil house some great shopping options, and thrift shops are included! You’ll have to browse around to find the hidden gems, but this is a thrift shoppers dream neighborhood. 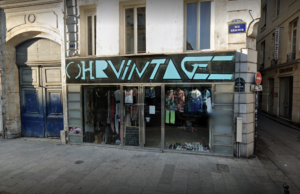 Some of my favorites include:

The Jean-sans-Peur tower is situated close to the southern end of Rue Montorgueil, and is a sought after tourist attraction for Medieval fiends. Being the last remaining vestige of the palace of the Dukes of Burgundy, you can view the interior and try to imagine just what the entire palace must have been like in its heyday. 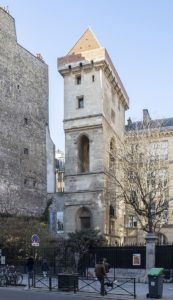 Catch a Show at Le Mélo d’Amélie near Rue Montorgueil

This charming theatre is tiny compared to other establishments around Paris, but it makes for one of the best, most intimate performance spaces around. Keeping the spirit of this neighborhood alive, many traveling theatre troupes come to perform in le Melo d’Amelie year round. 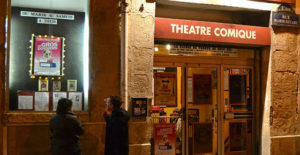 An Insider’s Guide to Theatres in Paris

Always check out their website before showing up expecting to see a show; the schedule is constantly changing and booking in advance is pretty essential given the limited capacity of the space. Click here for a direct like to the theatre website.