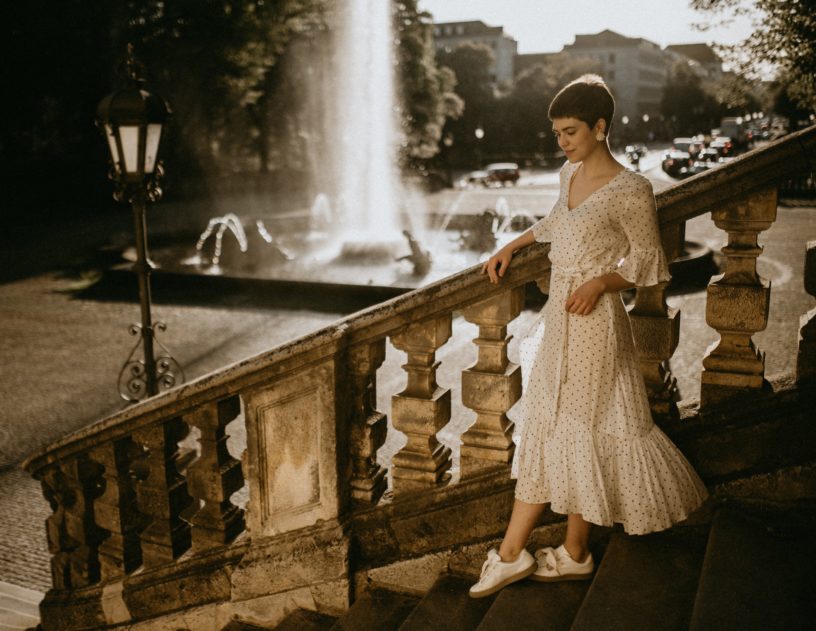 A true Parisian can smell a tourist a mile away. If your intention is to blend in like a local whilst visiting the French capital, you’ll probably find your time in the city a lot more enjoyable.

In France, a lot of energy goes into one’s personal appearance, particularly what is worn on the body as a form of self expression. Clothing is a big part of Parisian culture; after all, this is one of the world fashion capitals. 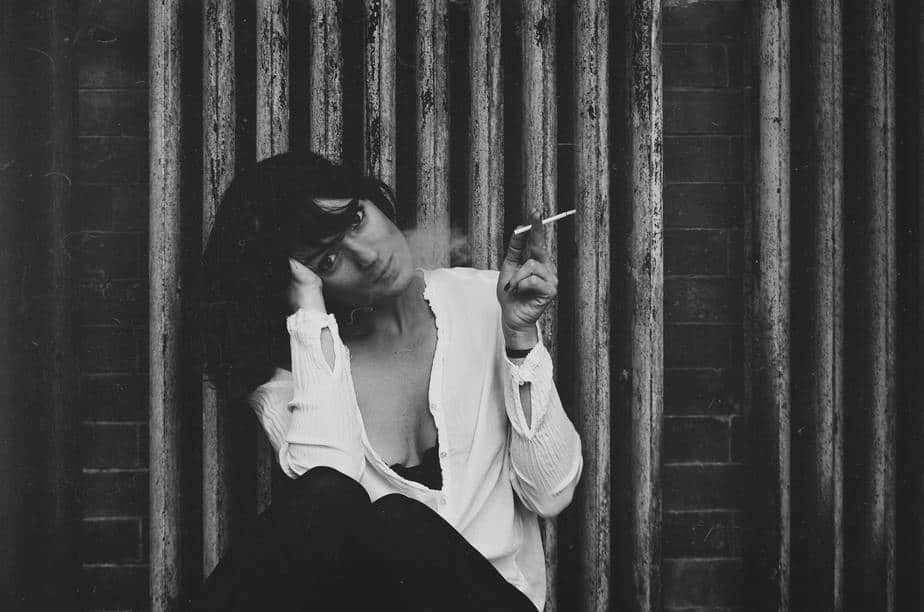 Parisians like simple, classic pieces that remain timeless even in the fluctuating trend climate. Must-have pieces such as a good pair of jeans, a trench coat, and basic knitwear are always good to have on hand for day to day excursions.

Parisians also appreciate neutral tones. They don’t really like clothing to be colorful or ostentatious, especially not an outfit to be worn for a casual day out. Black, white and different shades of beige are common sightings around Paris’ streets.

Classic goes for shoe attire, too. A quality pair of leather boots, loafers or heels can be paired with anything, provided they are in a shade of black or brown. Comfort is key, since most Parisians do a lot of walking. 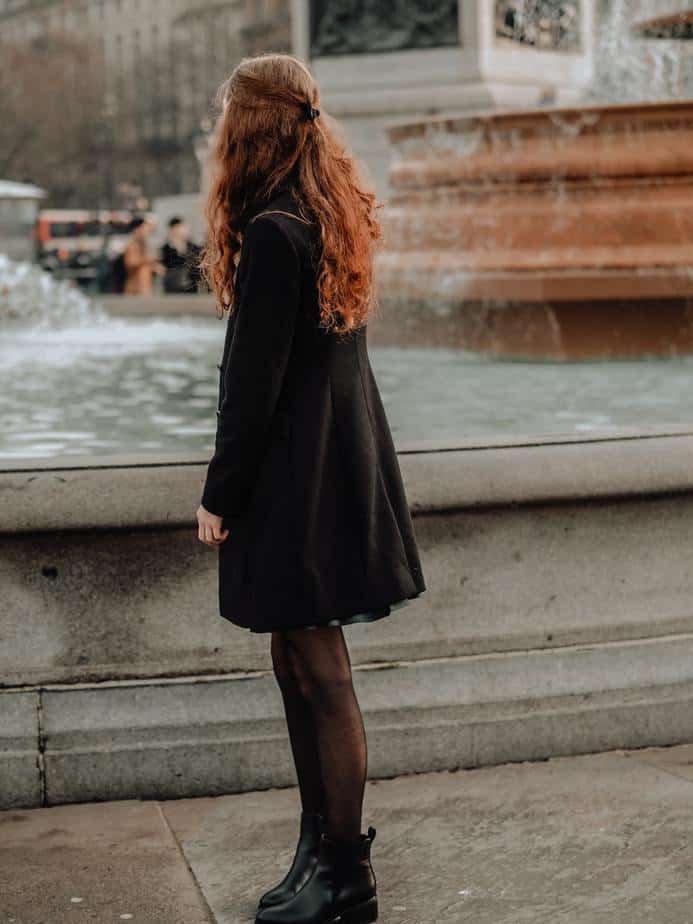 Click here to read about how to dress for a summer walk in Paris!

You’ll rarely notice Parisians wearing opened toe shoes, such as sandals, whilst out and about. This is because the streets of Paris are notoriously unhygienic, and locals know not to get up close and personal with the pavement unnecessarily.

Younger generation Parisians are becoming more and more partial to sneaker culture, though it is unlikely to see an elder Parisian wearing any form of trainers in public.

When in Doubt, Stripes!

Stripes, like the Eiffel Tower, will forever be a representation of Paris.

This iconic pattern has been a part of the Parisian flair since war-times, when the French navy wore stripes as part of their uniform. It was believed that the strips made the soldiers more distinguishable in wavy water, should they ever fall over board. The military trend trickled into the general public, as they usually do, and soon common civilians could be seen wearing strips on the streets.

The traditional striped cotton shirt in France is called the marinière. It was originally made with blue and white horizontal stripes, but soon replicas of black & white, and red & white, were filtered in. 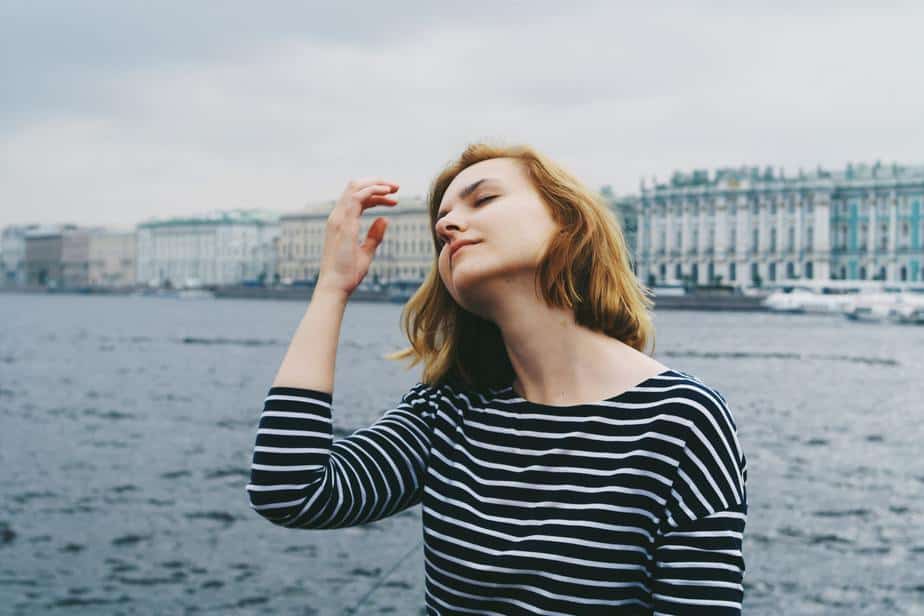 If you want to attempt this Parisian look, the key is simplicity. Don’t over accessorize or overdress yourself; the marinière should be worn with a simple pair of pants, and perhaps a black jacket if it is cold. A black and white striped marinière looks quite subtle when paired with a black beret.

A Beret is Always Your Friend

Speaking of berets, this is one of the quickest fixes to sticking out like a sore, touristy thumb whilst roaming the streets.

A decent beret is a staple-item in the closets of most Parisians. It would be far to general to say that all Parisians are fond of the beret, but the vast majority can appreciate they’re place in fashion history. They also love having a way of covering their hair when unexpected wind or rain descends on the city of light!

The trick with a beret is that improper installation will give you away as a foreigner within seconds. Believe it or not, there is a right and a wrong way to set a beret onto your head. Click here to read about my deeply descriptive method; you’ll be a professional in no time. 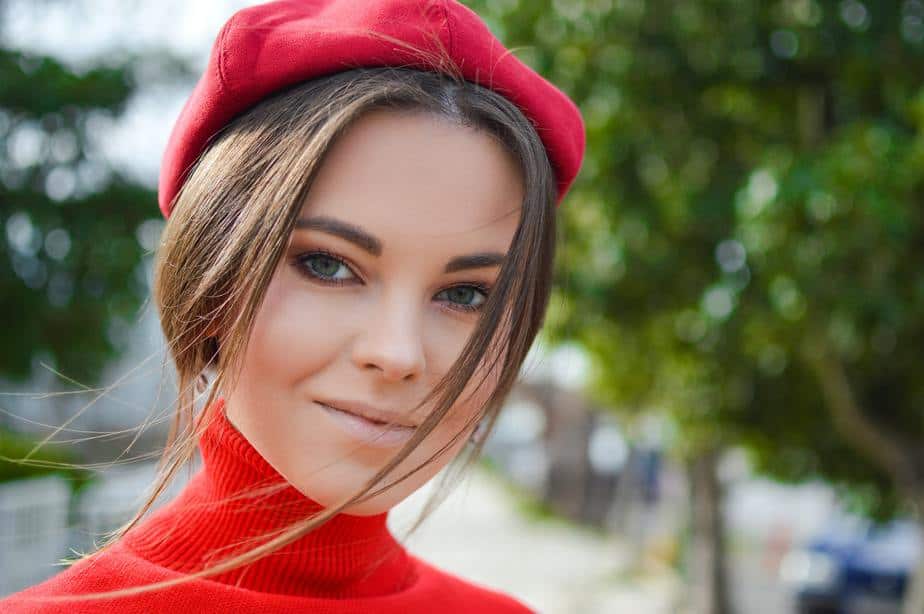 Parisians are not about logos. Contrary to Italians, Parisians prefer not to see any kind of printed logo on clothing, handbags or shoes, unless it is extremely small and subtle.

Hoodies with an oversized logo printed down the front is a no-no. As are Rather opt for a pullover that is monotoned and perhaps just has a small embroidered logo by the pocket.

Something to keep in mind is that just because Parisians are not into logos, this does not mean they are not into name brands. On the contrary, the French love luxury fashion and name branded clothing. 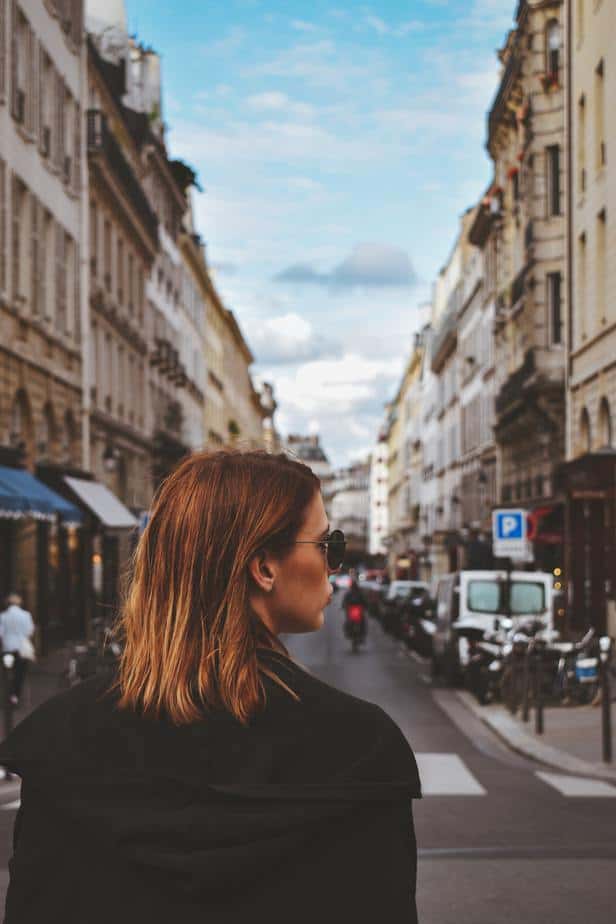 Accessorizing your outfit with a recognizable designer scarf (Gucci, Hermes), or big brand shoes (Chanel, Dior), is a way of implying a logo when there isn’t one to actually see physically. Parisians know their brands, and they don’t need logos to tell them when something is of a particular fashion house, or when something is real or fake.

Being sensitive to brands, trends and styles is intrinsically Parisian.

Lipstick to Finish it Off

A Parisian look is understated. They are not partial to a face full of makeup, or complicated hair styling.

Instead, a Parisian is likely to wear a statement lipstick color during both the day and night. In the evenings, they may add a a coat of mascara to accentuate their lashes.

With lipsticks, Parisians are anything but conservative. They like bright and bold; the reddest red they can find. Some go the orange route, and deep purple is not uncommon. 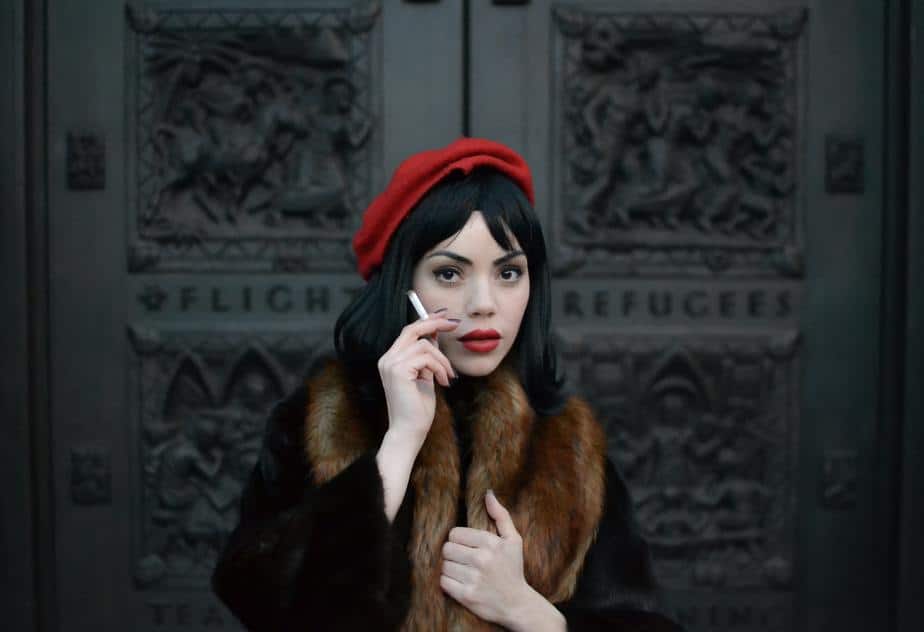 Lipstick is where Parisians really let their freak flag fly. I love how confidently they wear it, even at nine o’clock in the morning!

If you’re into makeup, put the eye shadows, foundations, bronzers and highlighters on hold whilst visiting Paris. Embrace the simplicity of a clean face, paired with the wildest lip color you can get your hands on. This is the Parisian way!