Paris Off the Beaten Path: 15 Unusual Things to Do 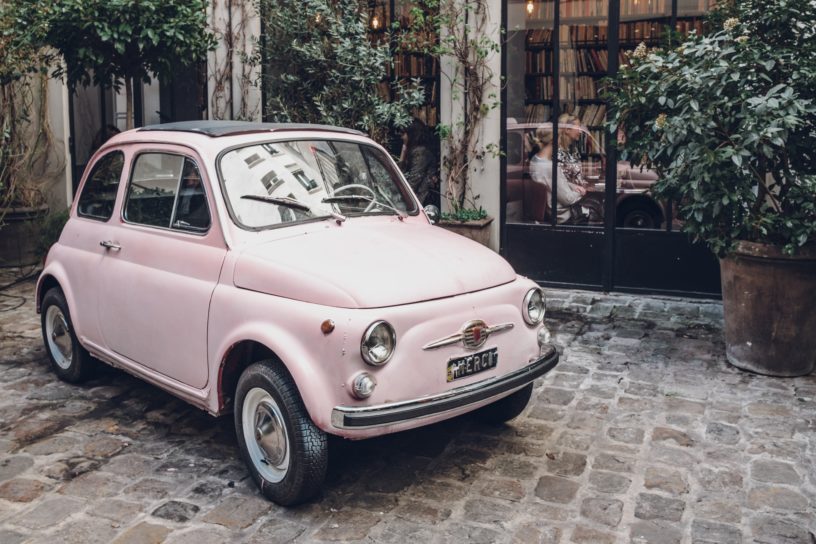 Paris Off the Beaten Path: 15 Unusual Things to Do

You’ve seen the Eiffel Tower in all her glory, perhaps even visited her at night for the famous hourly light show. You’ve walked the surface area of the Arc de Triomphe, said a prayer in the Sacre Coeur and bought a beret from a vendor on the side of the road.

Instead of another saturated tourist attraction, why not venture off the beaten track for a change? Paris is Pandora’s Box when it comes to unusual things to do, you simply have to know where to look…

1. Watch a Movie in a Real Japanese Pagoda in Paris

You’ll have to see it to believe it, but the 7th arrondissement of Paris holds a cinema experience you’ve probably only seen in films themselves.

Here sits a traditional Japanese pagoda, one with a single movie screening space embedded deep inside the oriental walls. Think dragons and elephants suspending ornate candelabras, and a beautiful Asian-inspired garden for tea & cake after your film.

La Pagode updates their screening schedule regularly and you can find it on their website. 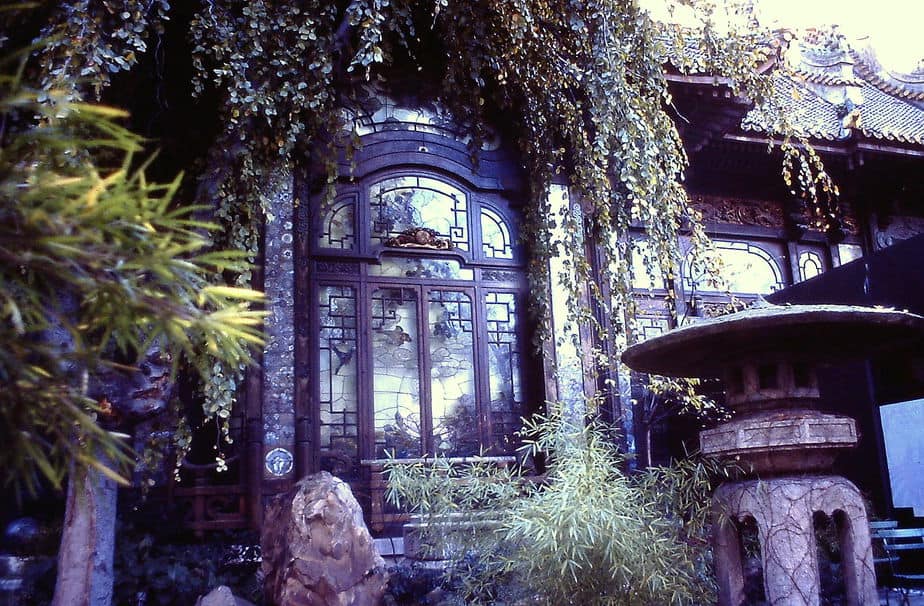 Miss Edith Piaf was a Parisian native; born and raised in the far east of the city in a district known as Belleville.

If you venture into Belleville today you’ll be able to visit the actual apartment in which Piaf lived most of her life.

The space is only open to the public three days out of the week, and appointments are necessary. The apartment contains all of the singer’s possessions as she left them; it’s an eerie yet beautiful experience. 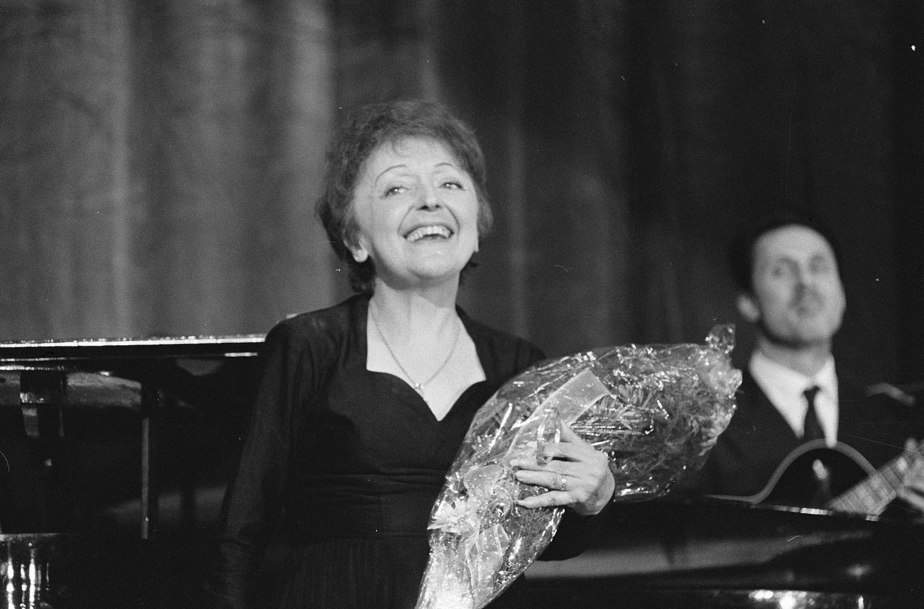 The 4th arrondissement of Paris has been home to the city’s Jewish community since as far back as the 13th century. There are a cluster of streets that make up this area, known as Pletzl, which is Yiddish for “little place”.

It’s here in Pletzl where you’ll be able to eat the best kosher food in the French capital. Numerous restaurants nestled between synagogues, bakeries and old Jewish retail shops will keep you fed all day and night. 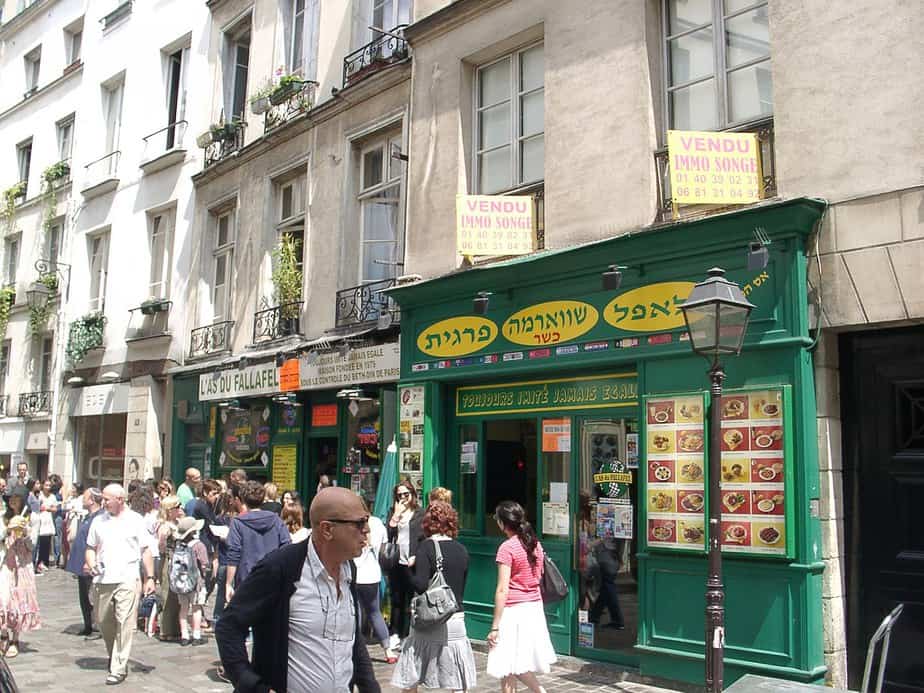 4. Track Down the Five Women Buried in the Paris Pantheon

With close to two hundred men buried inside of Paris’ esteemed Pantheon, it’s somewhat alarming that only five women in French history have ever made the cut.

With great hope, Paris’ Pantheon will become more welcoming to heroic women over the coming ages. For now, if you do intend to visit the monument, take some time to track down all five of the already included women who are now permanent residents in the mausoleum.

Spontaneous public dance classes are nothing new to Paris. The French love an outdoor dance, and in the summer months you’ll find them taking place across the city, often close to the banks of the Seine.

Every Monday evening in the Bastille there is public salsa dancing in the République Square. It takes place close to the center statues around sunset time.

Joining in is absolutely free and usually spontaneous. It’s good fun, and no need to worry about showing up without a partner; there are always lingering folk who will be over the moon to dance with you.

6. Visit the Arthouse Cinemas of Paris

In the colder months, the French spend a lot of time frequenting their local cinema complexes.

Being the historic, romantic city that it is, Paris has an abundance of old theatre buildings that have almost all been transformed into arthouse screening spaces.

There is something undeniably whimsical about watching films in these spaces as opposed to attending a regular movie house in a mall. For a more detailed list of your cinema options, click here. 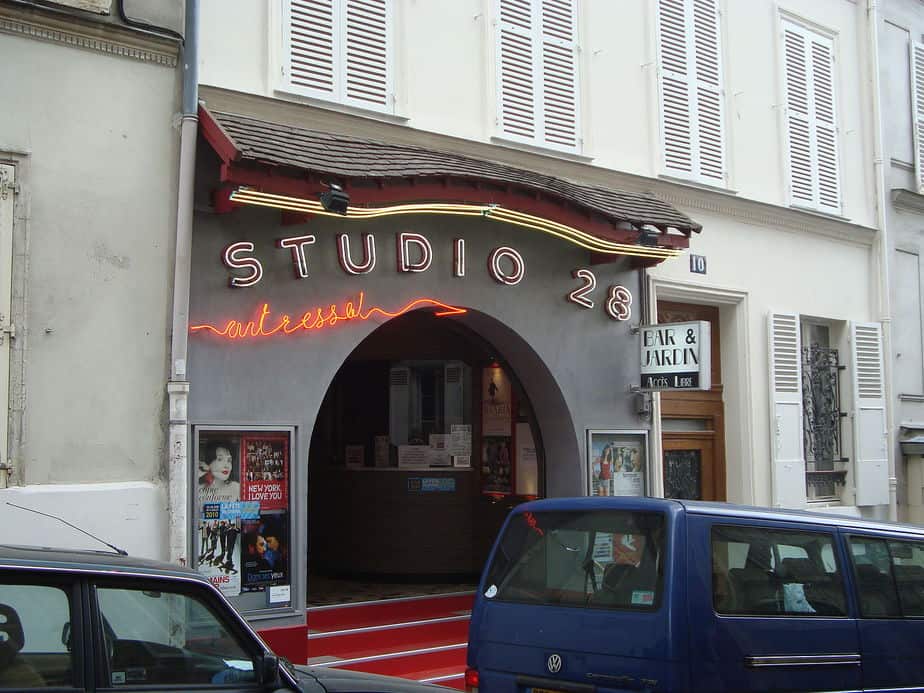 7. Wander Through the Vampire Museum of Paris

The Vampire Museum is something that was recommended to me many times when I first moved to Paris. Because it’s situated in the outlying suburbs, I took my sweet, sweet time before finally going to visit.

This museum will change the way to see the vampire world for good. It immerses you deep into this unusual community that few know exist, while maintaining a perfect balance between informative and completely bizarre.

Unfortunately, the original recipe for Absinthe was banned across most of Europe and the world many years ago.

While in Paris, it seems only necessary to sample the infamous drink, even if it is at a carefully moderated alcohol content.

Absinthe was invented by a doctor in France in the 1700s. It quickly became the backbone of the Parisian nightlife thanks to its hallucinogenic effect on the mind.

You’ll find unusual bars in Paris that remain dedicated to the memory of the drink. Most bars in Paris, however, will have the regulated version of the beverage on offer. 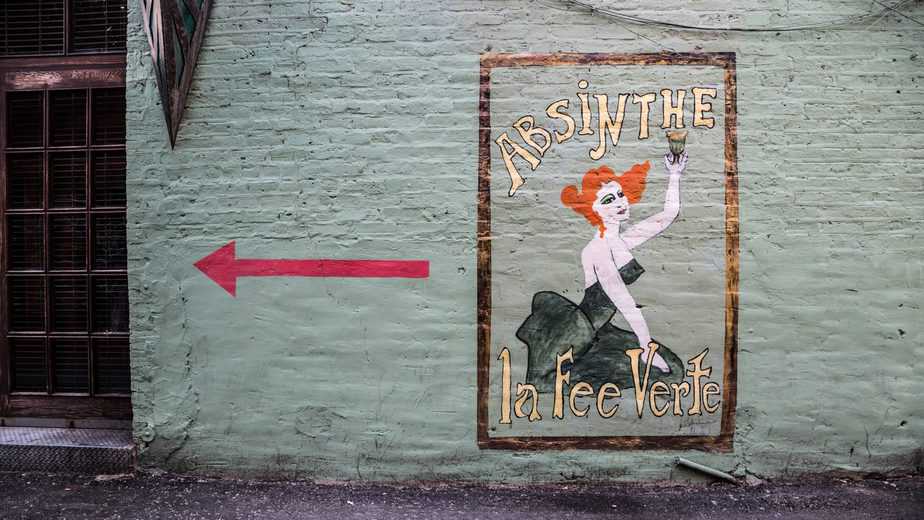 Few people know this, but the creator of the Eiffel Tower actually built a tiny apartment for himself at the top of the building.

While the apartment is not open to the public for entry, visitors to the tower are permitted to peep into the space while touring the top of the tower. Be sure to ask the nearest employee or tour guide exactly where to find the secret nook.

Another thing few people know is that Paris’ Chinatown is the largest one in Europe.

Situated in the south of the city, Paris saw an influx of Chinese communities during the 70s when citizens began to flee from Vietnam and the war. The buildings in the south of Paris remained unoccupied and posed the perfect home base for the displaced individuals. 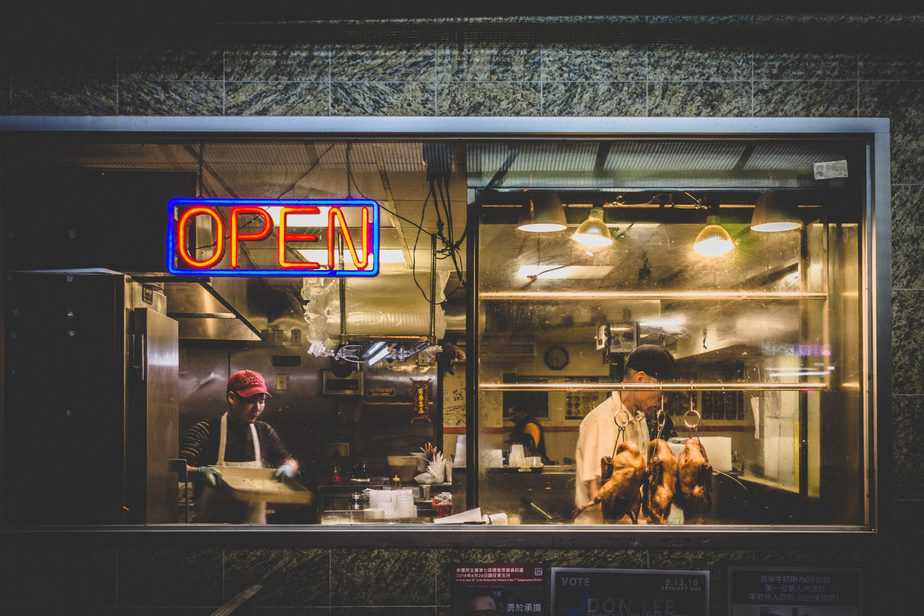 11. Head to the Market in Belleville

Belleville is a neighborhood that is naturally off the beaten track in everything it embodies.

The Belleville Market is a daily attraction that brings together diverse communities from all over Paris. Here you’ll find Orthodox Jewish families amongst Middle Eastern, Chinese and North African immigrant groups.

Everyone comes for the rich spices, fresh fish options and delicious global street foods. It’s a very different energy to what you’re used to in Paris!

12. Eat at a Traditional Bouillon in Paris

In the early centuries in Paris, the working class folk needed somewhere to eat everyday that was affordable and nutritious. Bouillon’s emerged throughout the city.

Today, eating in a bouillon is somewhat of a cultural experience. There are a few of them that have been brought back from the dead, and are able to hold around 300 diners at any give time.

Bouillon food menu’s have traditional French cuisine of top quality, but everything is priced well below average costs. My favorite one is in Pigalle and is the newest of the bunch! 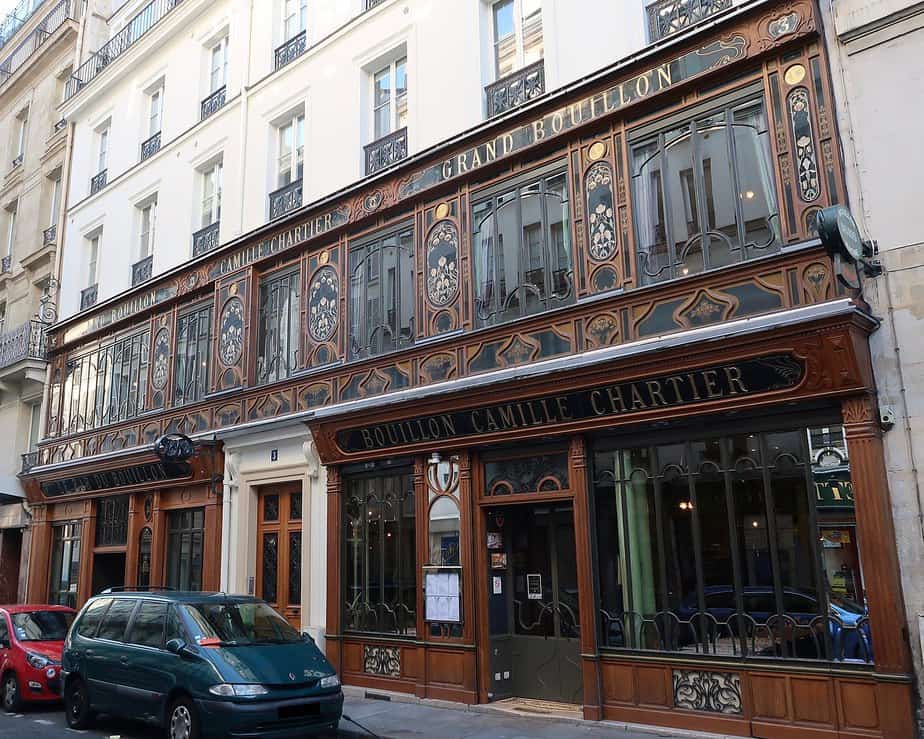 13. Linger Outside of Paris Fashion Week

A few times a year you’ll have the opportunity to behold the phenomenon that is Paris Fashion Week.

Depending on the season, there will be week long periods in which Europe’s most stylish individuals flock to the city for the local shows. If you’re in town for one of these events, simply find out where said shows are taking place and head to the venues.

You’ll be able to linger outside of the events and observe the show-goers arriving up to an hour prior. Street style is a big part of PFW, so seeing the photographers and paparazzi running around is quite something. You might even spot someone famous… 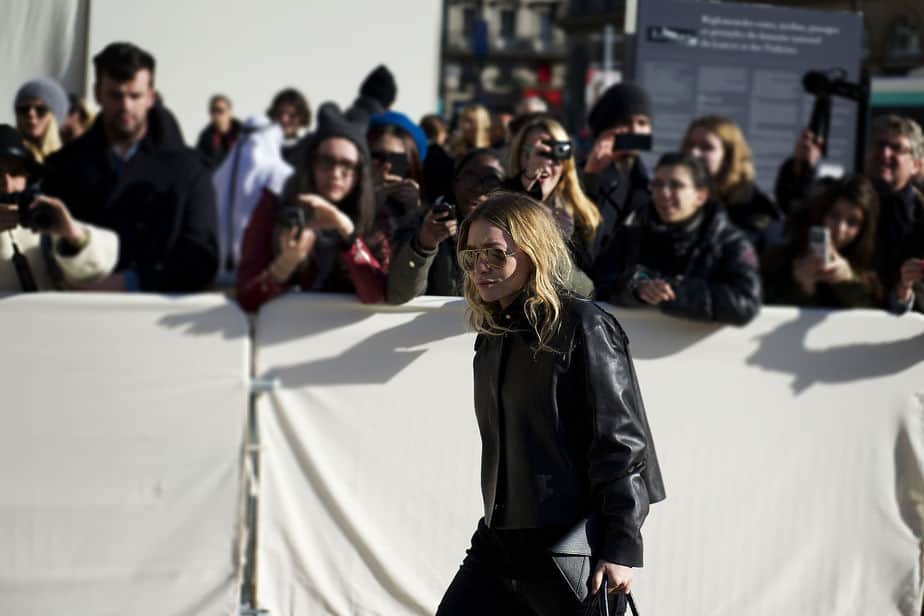 14. Ride Through Town on the Bustronome of Paris

The Bustronome is something I feel not enough people take advantage of while in Paris. To be fair, most don’t even know of its existence until it drives right past them on the city streets.

The Bustronome is a double decker bus with a transparent top floor made entirely of glass. The bus takes travelers on tours through the city both by day and by night, giving them exquisite views from the rooftop even in the depths of winter.

I took a close look at this activity, click here to read about my experience. 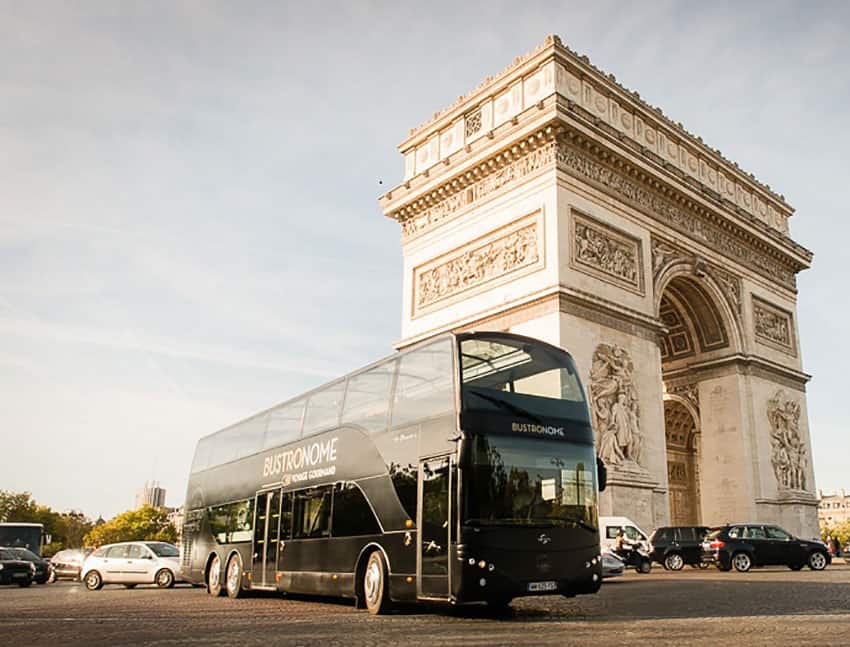 15. Visit an Unusual Bar in Paris

There are some really creative concept bars within the city center that offer something for everyone. Whether you like jazz music, circus acts, touching the Moulin Rouge windmill or even a secret bar in an abandoned hotel room, Paris has it all.

Click here for more unusually cool and secret bars in the city.