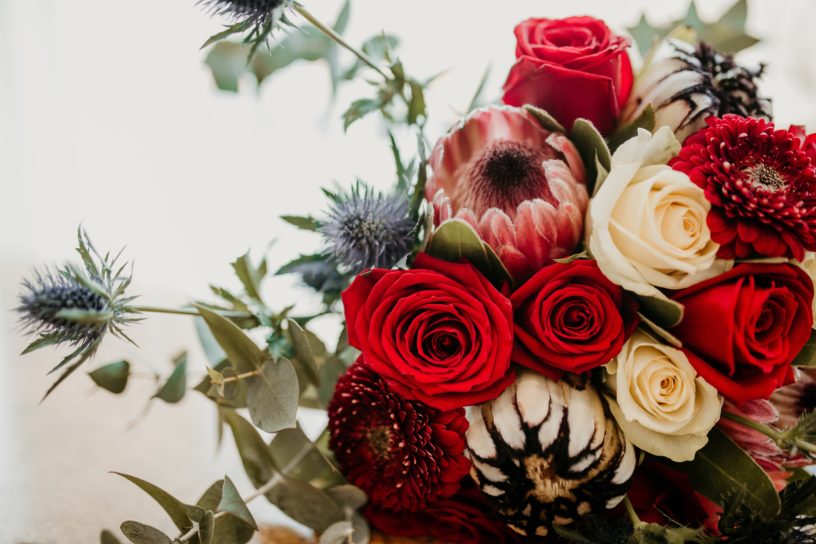 It’s a badly kept secret that Floristry is my ultimate fantasy profession.

I have gone as far as googling the various qualifications ( CAP fleuriste, CAP floral) that I might require.

Only learning the ungodly hour the alarm clock would ring (clue, before 5am and out the door for Rungis market) served to slightly calm my ardour! 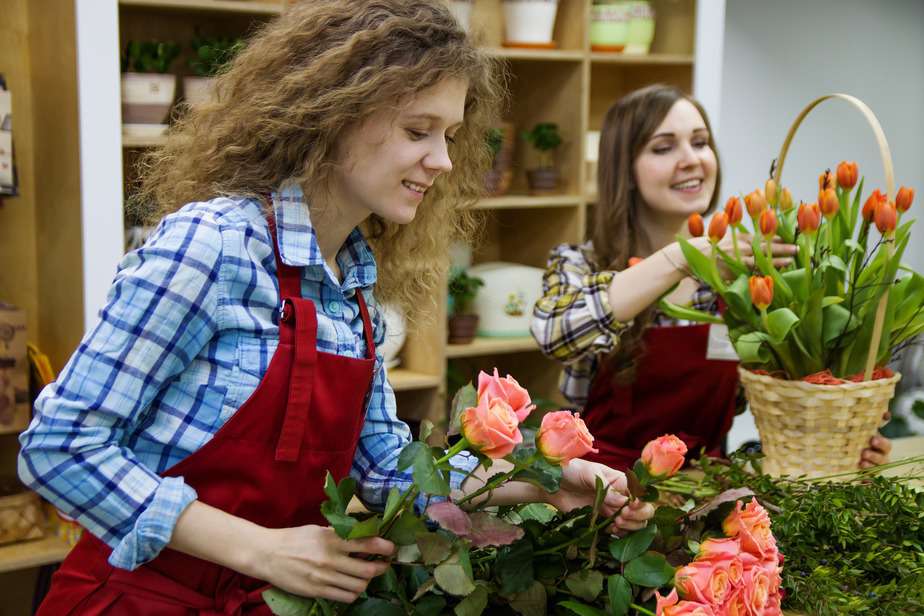 Floristry is a true paradox.

On the one hand, there can be few jobs more beautiful or enticing than being surrounded by flowers all day.

Then there’s the strong emotional component: You see, the customers who come to you are either celebrating some of the happiest moments of their lives (love, romance, births), or indeed the very saddest.

This might seem tough but it comes with the territory, and is actually another aspect I find attractive in the multi-faceted florist’s role: Windows into men’s souls and all that. 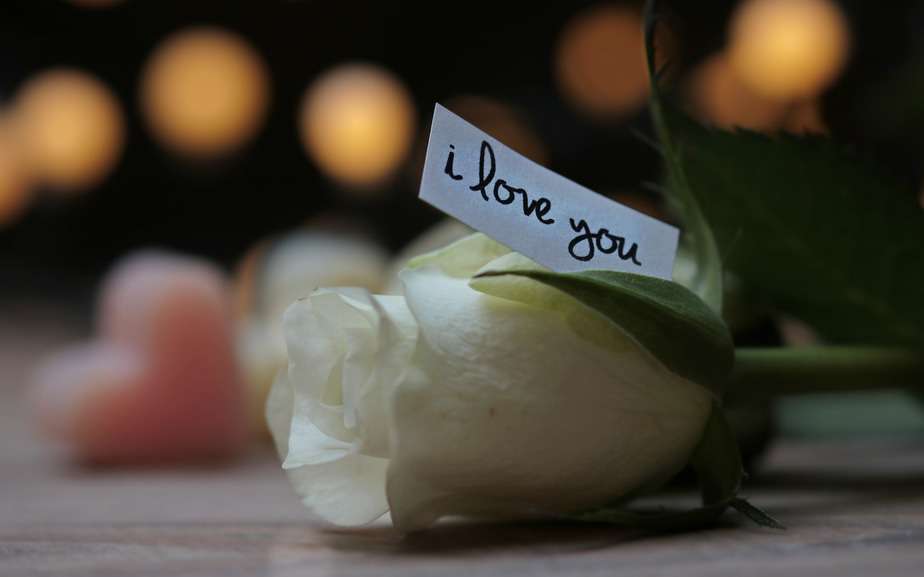 The florist helps with grand romantic gestures as well as sorrow and sympathy. Photo credit by Pixel 2013 from Pixabay.

The florist straddles the fence between being a practical nuts and bolts artisan, (driving a van and balancing books) and a true artist who we require to dream and breaking boundaries and expressing our emotions for us with their creative compositions.

When I first arrived in Paris as a bright eyed twenty something this quartier was my second real home.

Montmartre is impossibly romantic. Even as a local walking the streets daily, you’ll be tempted to steal a quick snap turning a corner like this one on a clear day. 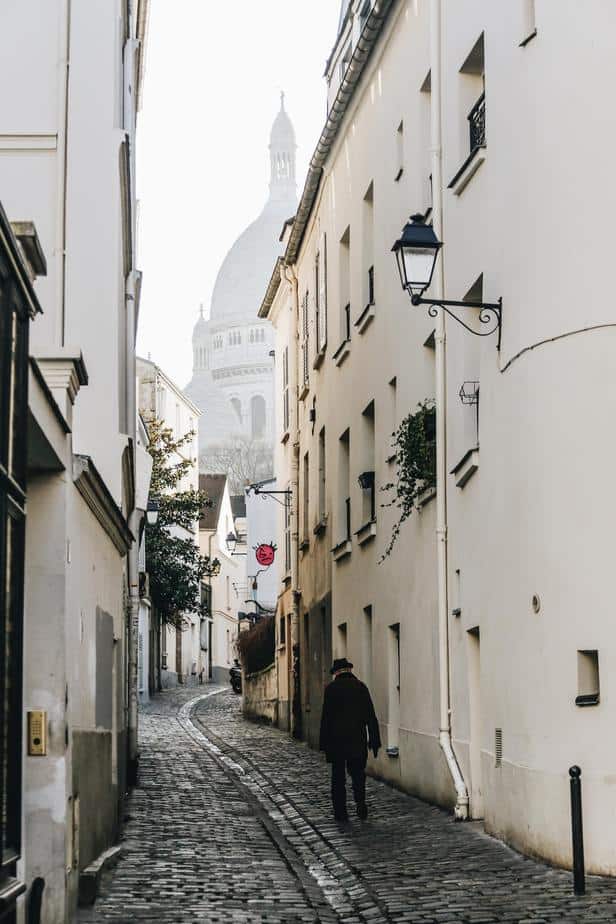 Whilst sadly gentrification and Air B n B were doing their worst, behind the clumsy makeover of imposed modernisation the quartier clung to its famed roots.

My neighbours included an octogenarian painter and a Romanian gypsy jazz violinist.

I especially enjoyed croissant runs in the early mornings, going out on Sunday and Monday evenings, when local bars in streets snaking up the hill would host happenings with performance Art and the Montmartrois crowd that bought in heady days before the property boom. 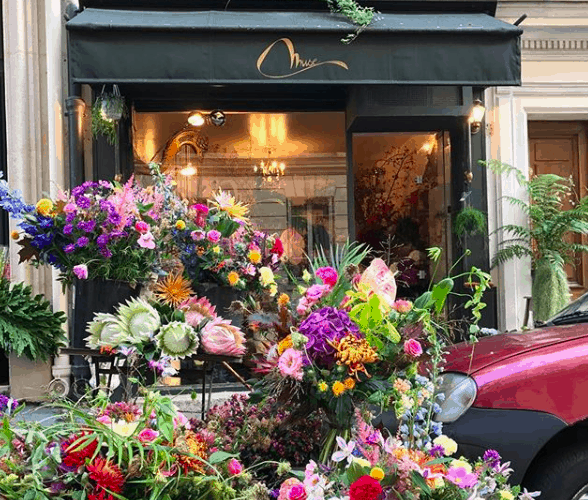 But it was Muse that caught my eye, striding up rue Burq.

The thing is; Muse enveloppes you in a dream world, stops you in your tracks and your thoughts, stunned into silence by beauty.

“Onirique”, a word I first discovered in French, translates back into English as oneiric (good old latin). It means about or relating to a dream. It fits for film that evokes a dream like state, books which can transport you.

It seems to me the only word to describe Muse, Montmartre’s florist. 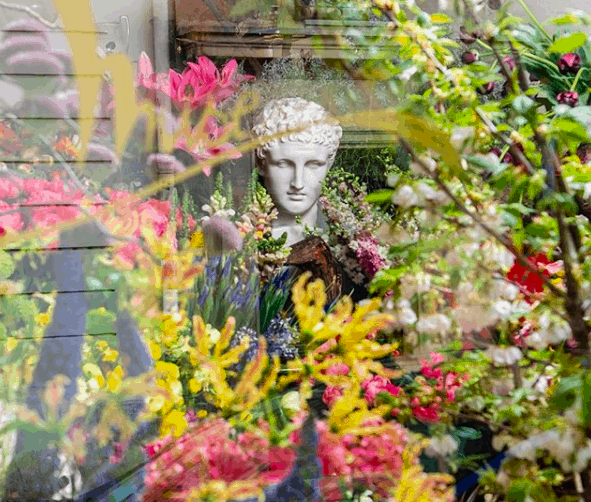 Reflections and fantasy at Muse, Photo credit by @musemontmartre on Instagram.

The shop and everything about its essence fits this neighbourhood so perfectly.

Majid Mohammad, the eyes, hands and nose behind Muse, is clearly more at home as a real life Artist than tech touting seller: The website, a simple holding page, promises to be “coming soon”.

But on the shop’s instagram, every photo posted is followed by a barrage of comments with friends tagging friends, “this is the florist I was talking about the other day”.

Here it seems, rather brilliantly that word of mouth, that’s “bouche à oreille” is spinning sufficiently to keep the very real business blooming.

You’ll find Debeaulieu located in the heart of the 9th arrondissement.

The outfit was opened by ex headhunter, Pierre Banchereau.

The all white boutique is widely reputed for the sumptuous bouquets they create, every flower that makes the grade rarer and more original than the last. 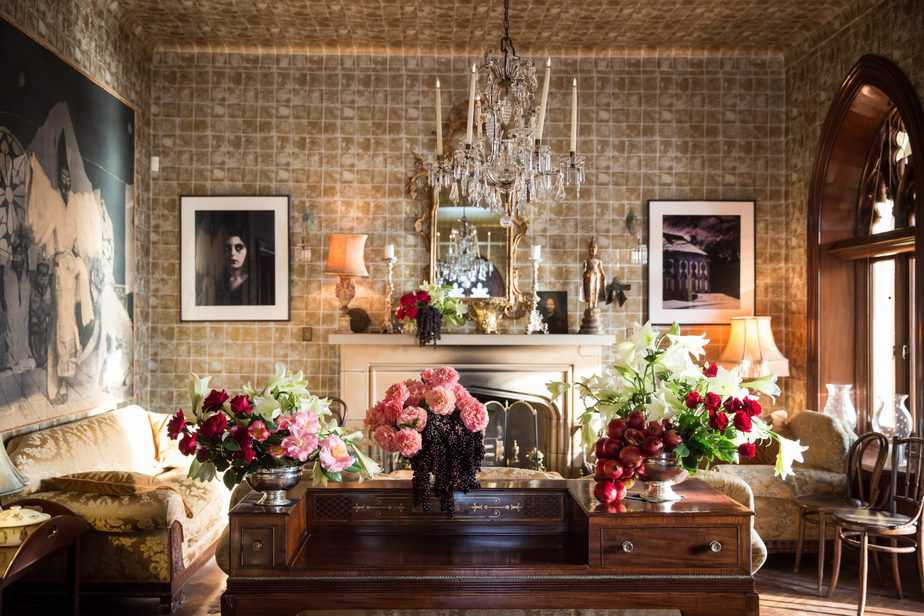 Photo credit by Flaunter.com on Unsplash

If certain florists seek to innovate, ripping up the rule book Debeaulieu is not one of them. Instead they trade in rather retro, grandiose classics, where every petal posed is quite simply impeccable.

These creations are so impressive that Louis Vuitton has adopted Debeaulieu as their florist, ordering new compositions from them weekly.

The tongue in cheek name and moustache motif of this unpretentious neighbourhood florist belie a serious commitment to the craft.

‘Monsieur le fleuriste’ has been hiding out all the way down in Daumesnil since 2016.

It’s not an obvious or glamorous neighbourhood to showcase ornate offerings.

It is however undeniably residential. This is where Monsieur le fleuriste’s bread and butter; his loyal local customers. 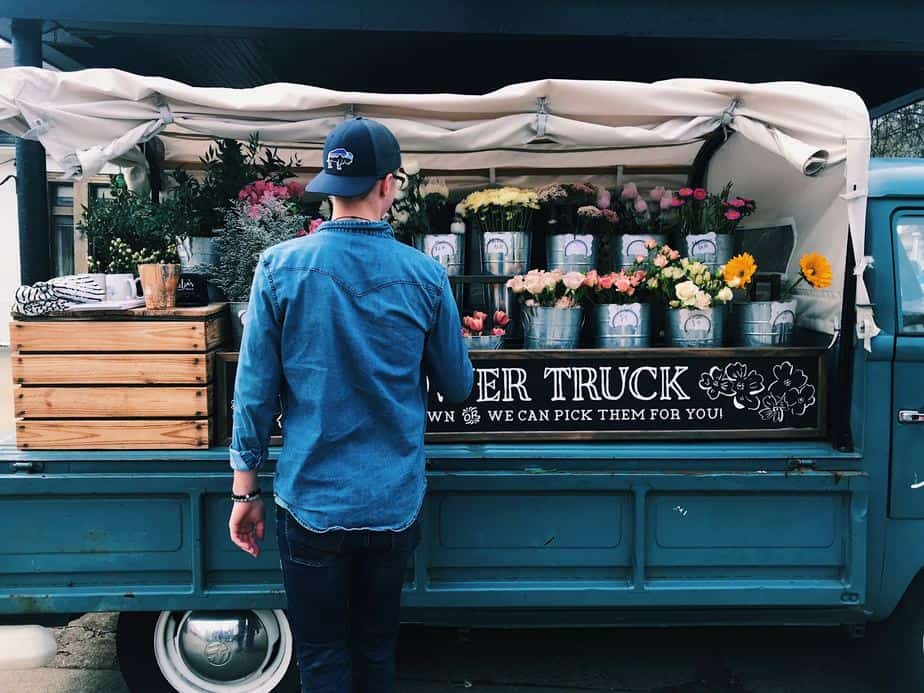 Those who stumble by, off the beaten track or discover Monsieur thanks to a chance encounter, will be back because they’re impressed.

In addition to plants they sell decorative objects, a pretty mirror here, statuette or candle there. You’ll find choice and well-priced quality here without feeling overwhelmed.

Their selection of pot plants is especially good, but if it’s a bouquet you’re after, you shan’t be disappointed either. 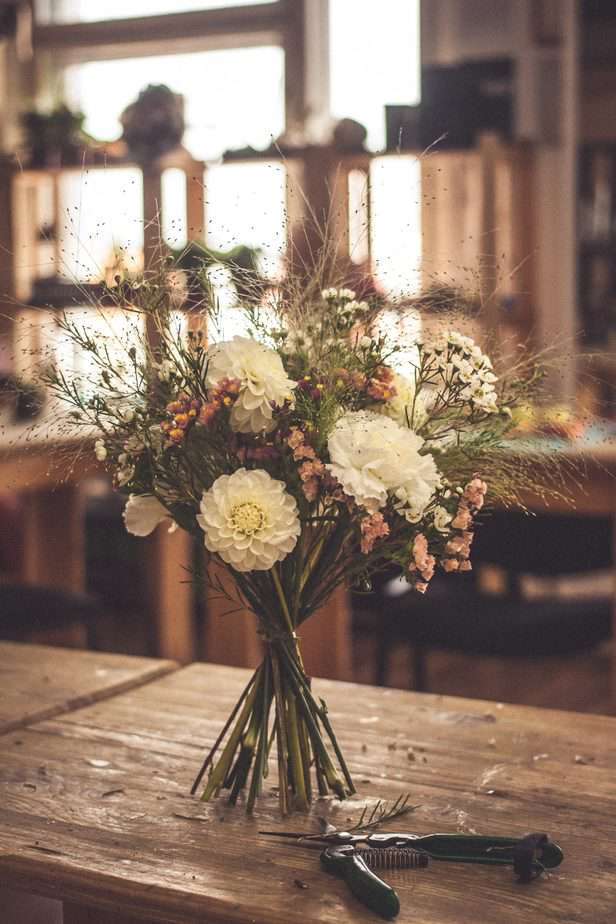 Gil Boyard, the founder won ‘Meilleur Ouvrier de France’ in 2010 (he also penned two books on floral art and design), alongside Nicolas Rosière, his business sidekick for over 15 years, their talent for confection means they’ve got something for everyone:

Running later for a dîner in the 12ème, embarrassed to arrive at your host’s home empty handed?

Another neighbourhood florist crush, this time back in my quartier cheri, the Marais.

Moor describes itself as a decor and furnishings boutique, rather than a florists. 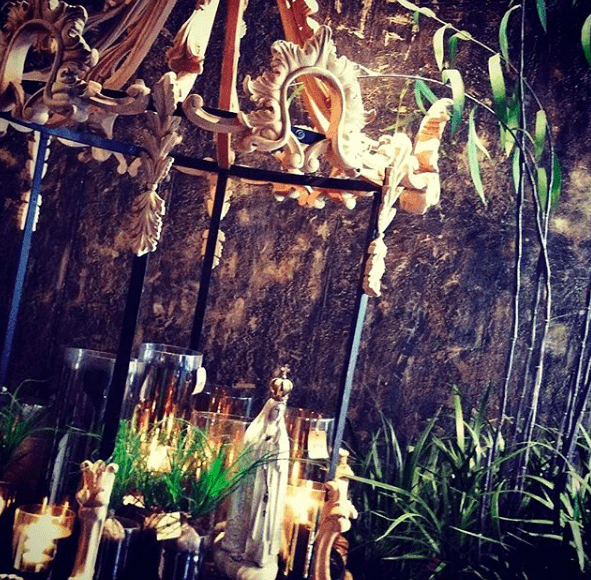 Yet they marry inspiring objects with flowers, structural plants, pine cones, dried bouquets and even decorative vegetables with great taste.

There is something somewhat Rococo, romantic and unapologetically over the top about their style. I like their camp generosity, you may not. Check it out for yourself.

I love this area for its bars, independent shops and cafes. It has stayed pretty mixed; gentrification glossing over some streets, creating a hip mixed bag favoured by younger parisians. 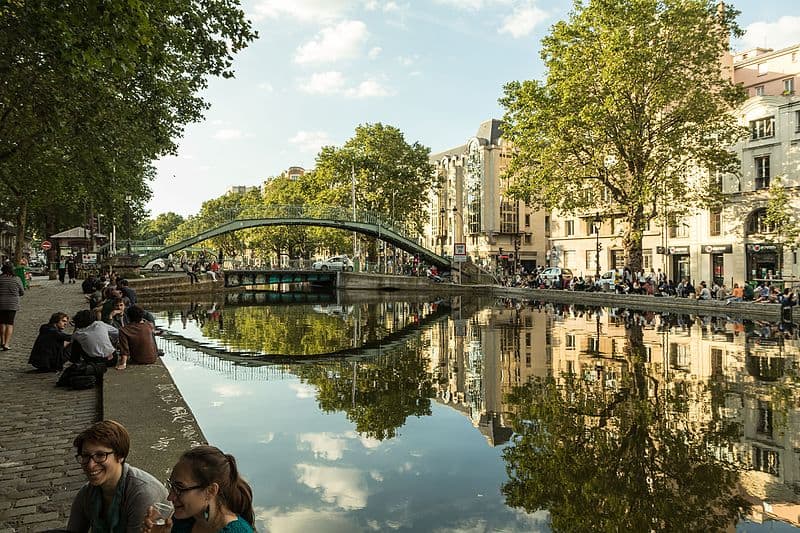 Picnics along the Canal Saint Martin. Photo credit by Steve from Wikimedia Commons

The ever popular Canal Saint Martin is where we find this Japanese inspired gem.

On-trend and perfectly in step with its young French fans, themselves admirative of Japanese culture, Ikebanart specialises in hanging gardens and Japanese floral art. 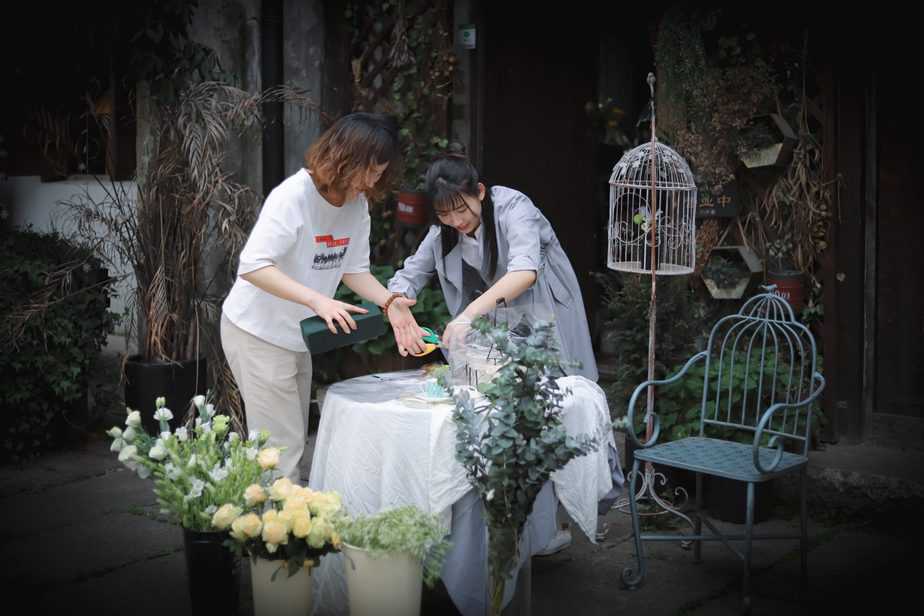 Photo credit by Raychan on Unsplash

And the good news is that you can learn to recreate similar thanks to the innovative gift cards on offer.

You can choose to learn: ‘Ikebana’ (Japanese floral art), Kokedama (moss ball plants), or indeed a terrarium garden, a beautiful bouquet or a simple workshop on becoming green-fingered. 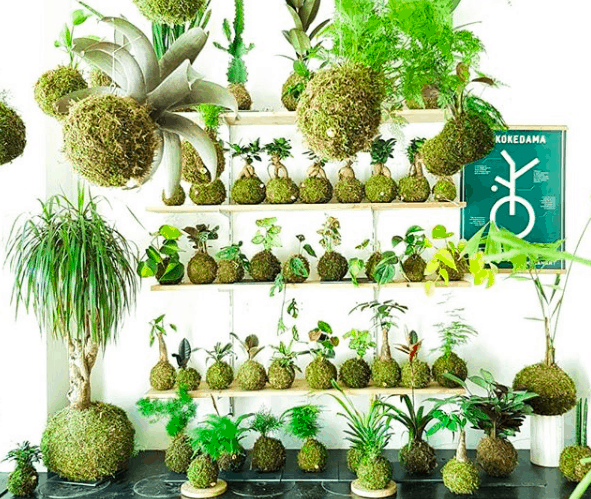 The Ikebanart crew have a very good website here, to get an idea of everything they offer!

More of the ubiquitous Japanese influence:

The first Aoyama Flower Market sprung into existence almost 10 000 kilometres away from Paris, in Aoyama a neighbourhood in Tokyo in 1993.

Nearly 20 years later, Tomoji Hakuno is sent to Paris from their Tokyo flagship with the mission to open the first international boutique in Paris.

He found the ideal setting in the 7th arrondissement on the rue du Bac. Ever since the committed florists of Aoyama Flower Market have been working away at creations with accumulated years of savoir faire and floral flair. 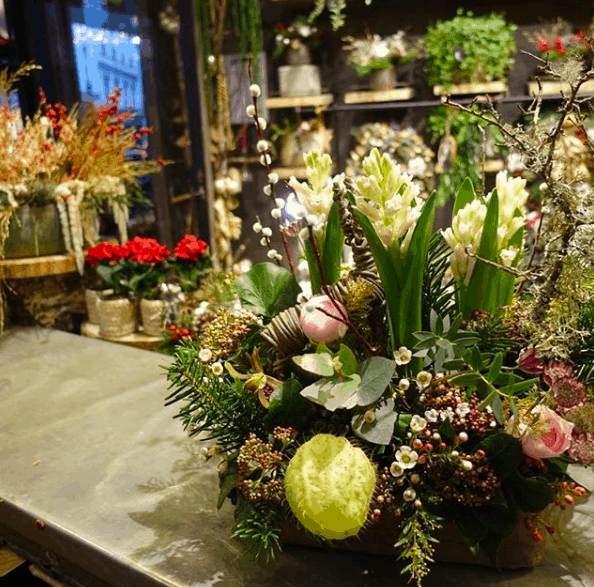 The Boutique is very pretty – a little escapade from reality. Even the Rive Gauche address lends itself to me feeling a little disconnected from real life and an otherwise busy day.

A final word on Aoyama Flower Market: Don’t fear to cross the threshold of this pristine gem with its prestigious postcode, the prices are not as inflated as you might imagine. 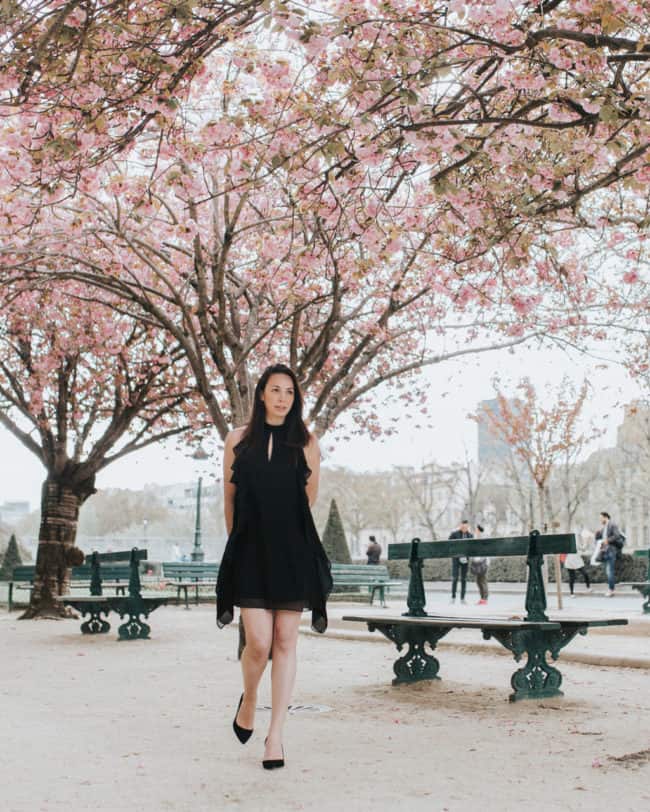 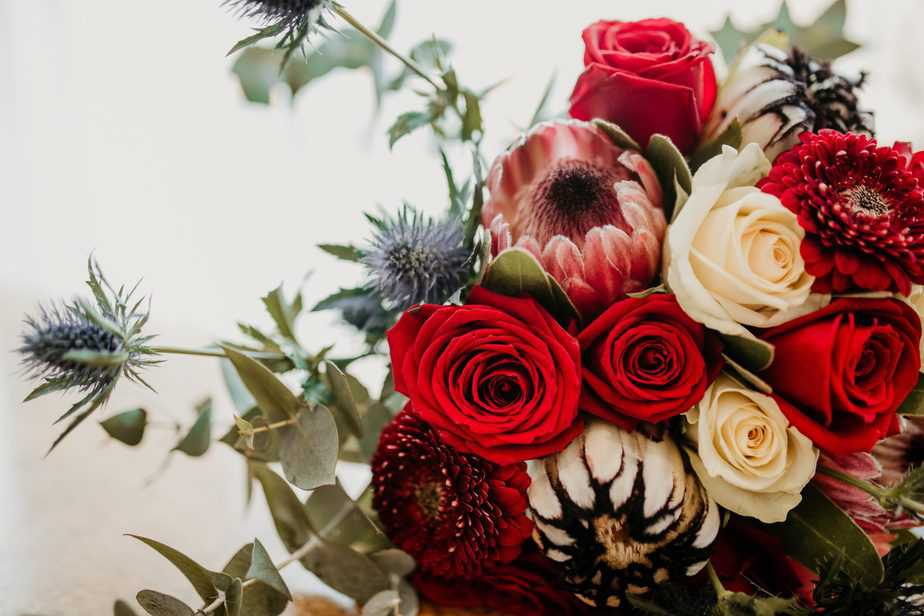 Somewhere along the way Djordje didn’t follow the path set out for him and go into law. In fact he spent the early years of his professional life vagabonding from one artistic profession to another.

The revelation came when he was on his balcony repotting plants and realised that flowers made him feel good, and he should perhaps consider working with them full time.

On that caprice, Varda opened a small florists in a back street of the Montorgueil district. It didn’t enjoy great success, so he amused himself creating ever more elaborate bouquets while he waited for the clients to come.

Back in the days when a florist having a website was quite cutting edge, in the early days of internet, Varda set up his site using the wordplay “Happy Flowers” instead of “happy hours”. This appealed to a mondaine Parisian audience and he got plenty of press from amused journalists.

However, it was in 2006 that Varda had his lucky break when he was selected over several more obvious choices by the Ritz hotel to be there official florist.

Huge acclaim and accolades followed: Prizes for best European floral designer two years running in 2008/2009 and 2009/2010, Varda was at the top of his game. 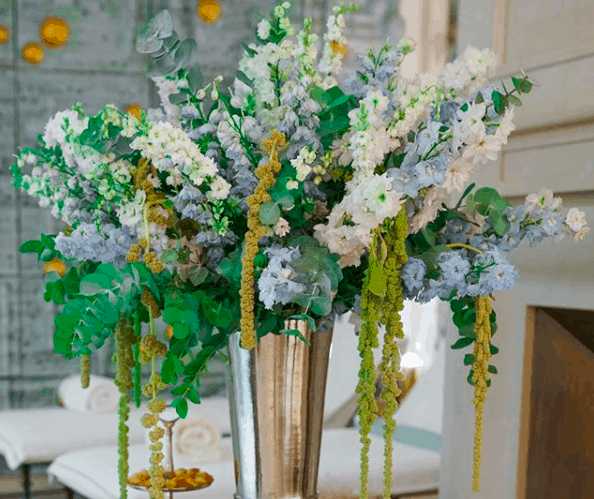 Nowadays, you can enjoy his flowers by going for a high tea at the Hôtel de Crillon, a Rosewood hotel, lodged in one of Paris’ most striking spots –

The artist himself is based in St Barts, but his remains a very Parisian floristry success story.

This florist is in a Haut Marais neighbourhood not far from where I live in the third.

You’ll stumble across it in an objectively pretty street, tucked behind Place de la République, past metro Temple. 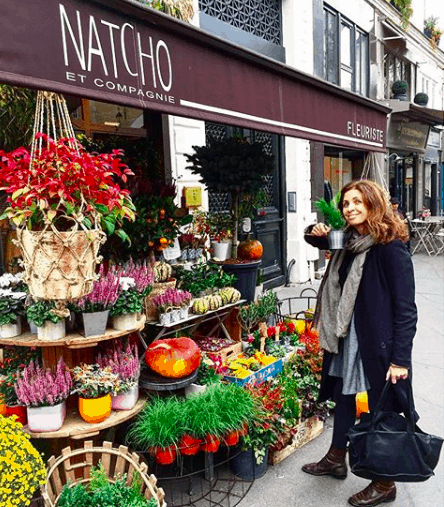 Imbedded amongst an array of attractive cafes, bistrots and a bookshop, Natcho et Compagnie manages to stand out and catch your eye.

It’s small shop front terrasse garden is impeccably decked out, drawing you in. It is already apparent that there is an owner with good taste behind this boutique.

Entering the chichi intimate space inside, you’ll find plants posed everywhere from floor to ceiling. The result is cosy and copious rather than over the top.

Rather than dealing exclusively in bouquets, (you’ll find those), but also pot plants, small trees, succulents and even seasonal vegetables and trimmings for your table’s centrepiece. 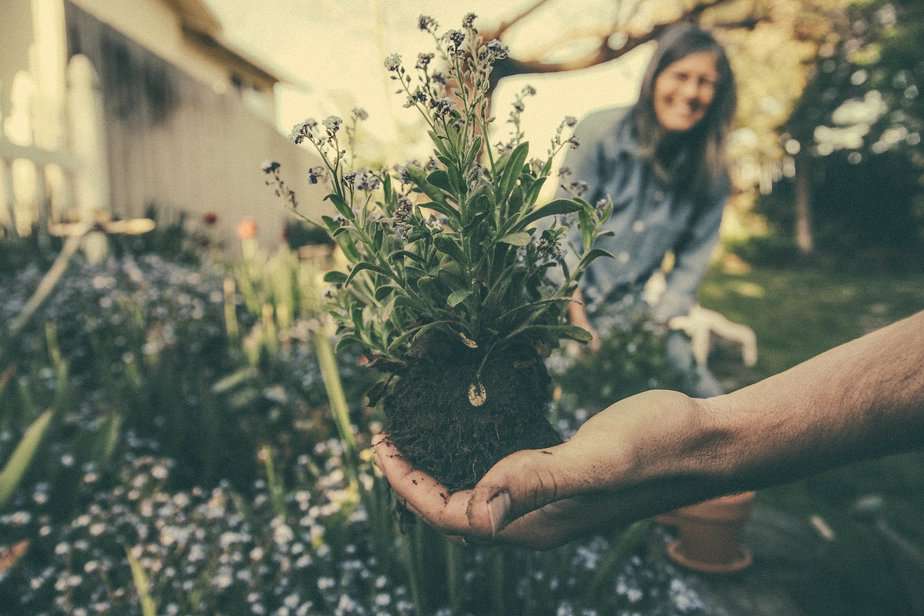 Photo credit by Free-Photos from Pixabay

The size of these creations are well suited to parisian living, indoor apartment plants and pots plants to fill out a bougie balcony.

Natcho et Compagnie is an ideal florist for those who fancy themselves small scale studio gardeners.

It’s ideally placed if you live nearby in the 3rd, 10th, or 11th. Or, you could enjoy it after a Marais tour, a coffee at the excellent coffee shop next door, followed by a fragrant wander. 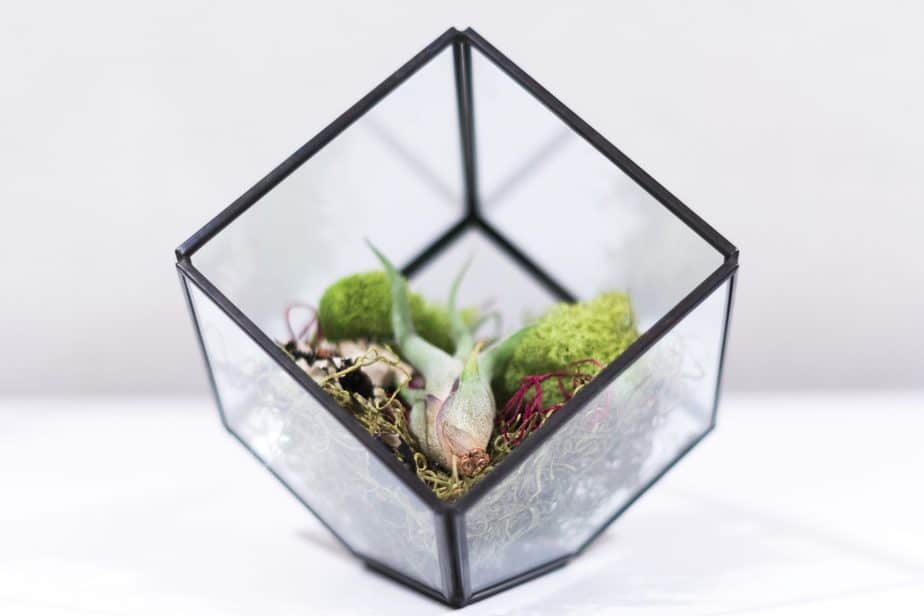