Montmorency Family: The Oldest in France 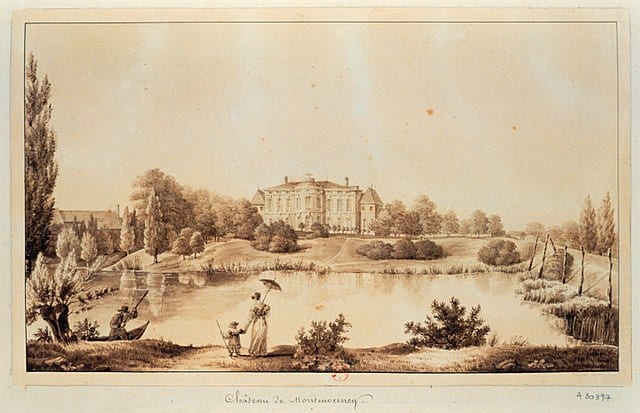 Montmorency Family: The Oldest in France

As an American, I’m always fascinated with the concept of royalty or families that date back hundreds and hundreds of years. The United States just isn’t that old! And we’ve never had a king or queen! I can get super nerdy super quickly if I start talking about the British royal family, or the ancient French nobility.

So, this is the perfect article for me to let my nerdy side show. Today I’m going to be filling you in on the Montmorency family in France! This isn’t just any family, it’s the oldest one in France. So you know there has got to be some interesting stories to discover.

Keep reading for everything you’ve ever wanted to know about the Montmorency Family: the oldest in France!

The origins of the Montmorency family 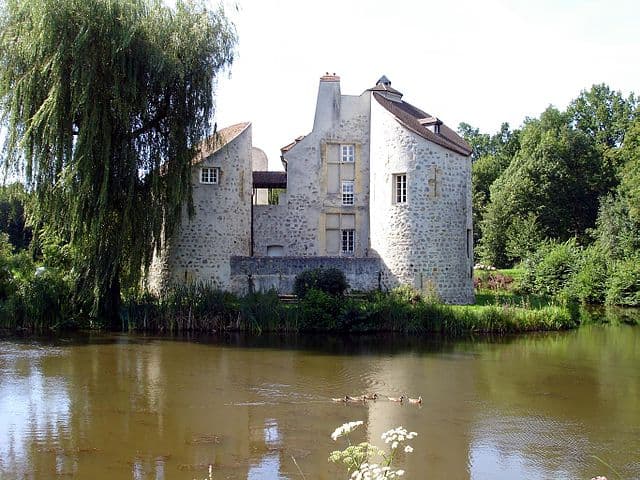 The Montmorency family can be traced back to the 10th century! The name comes from the name of the castle that the family was living in at the time. In Latin, the name was Mons Maurentiacus. Maurentiacus referred to the area that the castle was in.

In Latin, the name translates to “estate of Maurentius,” which was probably the name of the landowner. The small village that was next to the castle also got its name from the landowner, and was called Montmorency! I know that’ a lot of M names to remember, but you get the gist.

The first recorded member of the family was named Bouchard I of Montmorency. Since its beginnings, the family was highly involved in the government, nobility and the church. Members of the Montmorency family held positions such as constable, cardinal, grand officers of the crown and marshals of France!

The beginnings of the Montmorency family legacy 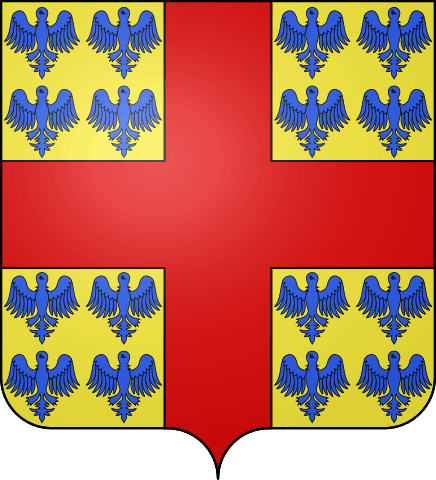 The Montmorency’s were really successful in the 13th century when France was in battle with the Holy Roman Empire. The head of the family at the time, Matthieu II, captured a dozen of the enemy’s flags. It may not sound that hard to you, but image having to dodge arrows and Roman soldiers who were known for their strength in battle! Let’s hear it for the underdog.

The Montmorency’s went on to become constable of France. The Grand Constable of France was the First Officer of the Crown, and was second only to the King of France! The family secured their place in power over the years, with over 10 members becoming constable at different points in history.

Let’s flash forward to the 16th century. Guillaume Montmorency served under King Louis XI. He had a son named Anne Montmorency, who became the first duke of Montmorency. Thanks to Anne, the family took control of land in central, western and southern France in addition to what already had in the north. So, basically the Montmorency’s had their hands all over France at the time.

With these holdings the Montmorency had financial security as well as positions in the government. This financial security also gave Anne more power in France in general. He was able to and jobs like officer, constable and governor for his relatives.

Anne also wanted to ensure that his children married important and wealthy people. His son François married the daughter of King Henry II.

The Montmorency family and the Wars of Religion 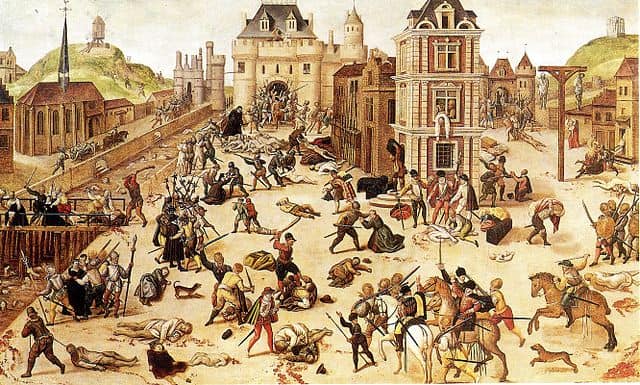 A scene during the War of Religion. “Saint Bartholomew’s Day Massacre” by
François Dubois – WikiCommons

The war began when King Charles IX took over and his mother, Catherine de Médicis enlisted the Montmorency and Bourbon families to help them spread religious tolerance throughout France. The Guise family, however, wasn’t okay with that, and so the Wars of Religion began. There always has to be one hater! 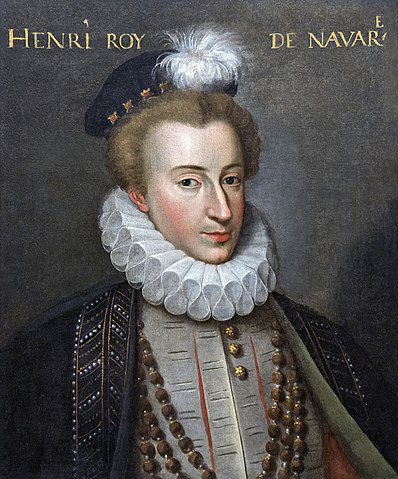 Henri de Montmorency-Damville and his brothers convinced those who didn’t agree with the Guise family to essentially switch sides and support Henry of Navarre. Thanks to them, he was crowned King Henry IV in 1589. He brought the Wars of Religion to an end in 1598.

The Montmorency family and their extinction

The next important Montmorency that I should fill you in on is named Henri II de Montmorency. He was a strong soldier and mariner, and he successfully defeated a Protestant fleet of ships to take control over some islands off the coast of France. Unfortunately, since Cardinal Richelieu (a powerful French statesman) was jealous of Henri’s successes, he wasn’t able to do much with his advances. 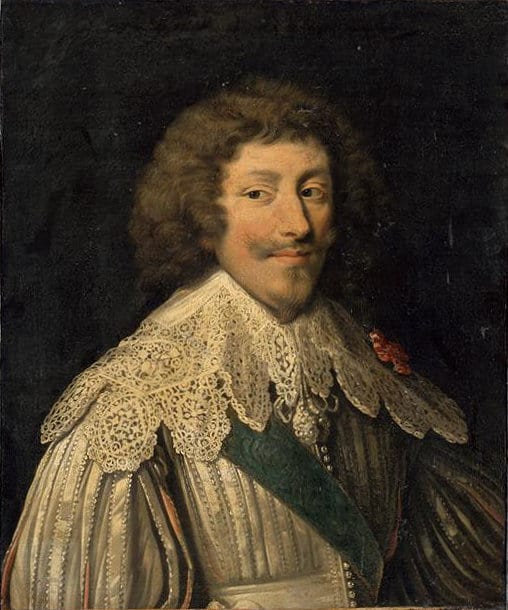 Henri went on to have much success in the military, but was eventually arrested and executed for being a traitor! So, apparently he wasn’t as faithful to France as he made out to be. Henri had a sister, named  Charlotte-Marguerite, princess of Condé.

To make a long story short, various members of the Montmorecy family married and had children with other various noble families like the Bouteville, Fosseux and Beaufort families. This formed strong alliances, but it also led to the family’s eventual extinction!

In the 19th century, an Irish family named Morres claimed that they could trace their family lineage back to the Montmorecy family. They were even able to obtain a Royal license to change their name. Although the Morres were able to change their name, other descendants of the Montmorecy family in France objected to it. Who’s to say who are the real Montmorecy? Perhaps one day, with the help of DNA testing someone will figure it out!

I hope you’ve enjoyed this brief history of the Montmorecy family! A lineage that began in the 10th century, and went on to the 19th century deserves at least an interesting blog article written about them!

If you’re interested in learning more history about France’s greatest, why not join one of our walking tours in Paris? Our local guides are sure to amaze you with their knowledge about France and its history! Click here to learn more about all of our options!