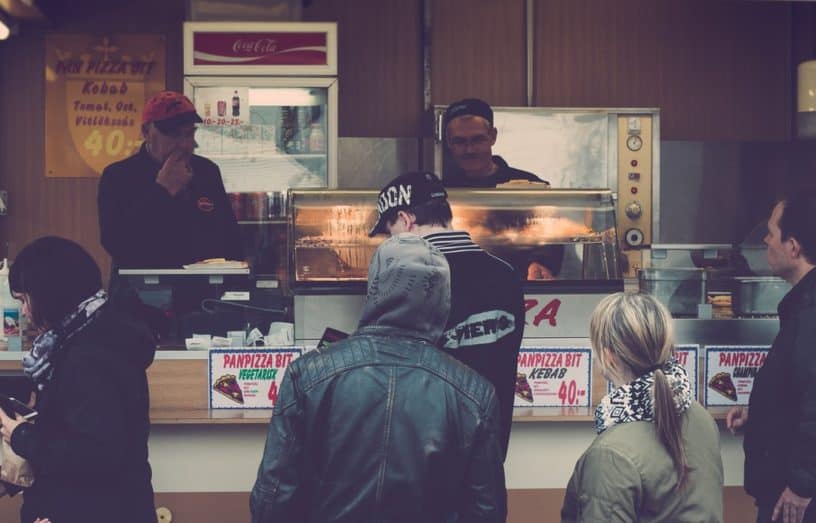 If you’ve been to Europe prior to this visit to Paris, it’s likely you’re already familiar with late night dining and kebabs in the major cities.

Kebab restaurants are typically hole-in-the-wall, low key little shops with limited seating area (if any) and a order at the counter type of setup. 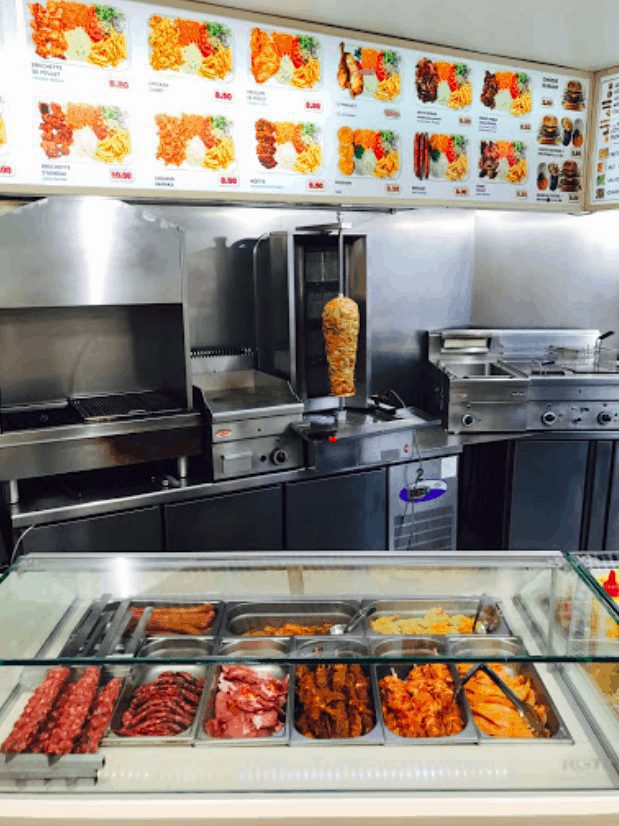 A lot of kebab restaurants in Paris will stay open all night, making them ideal for late night dining. You’ll find these establishments overrun by drunk partygoers in the early hours of the morning, all hoping to grab something greasy to eat before putting themselves to bed.

Here are a few around Paris that you can rely on to feed you late into the evening.

The Maison du Kebab is close to the Canal Saint Martin, which is a vibrant and nightlife oriented part of Paris . It makes sense then that this kebab eatery has seen such success in terms of late night dining, making it possible for them to move into 24 hour operation times.

This is one of the nicer kebab restaurants you will find in terms of layout and cleanliness. 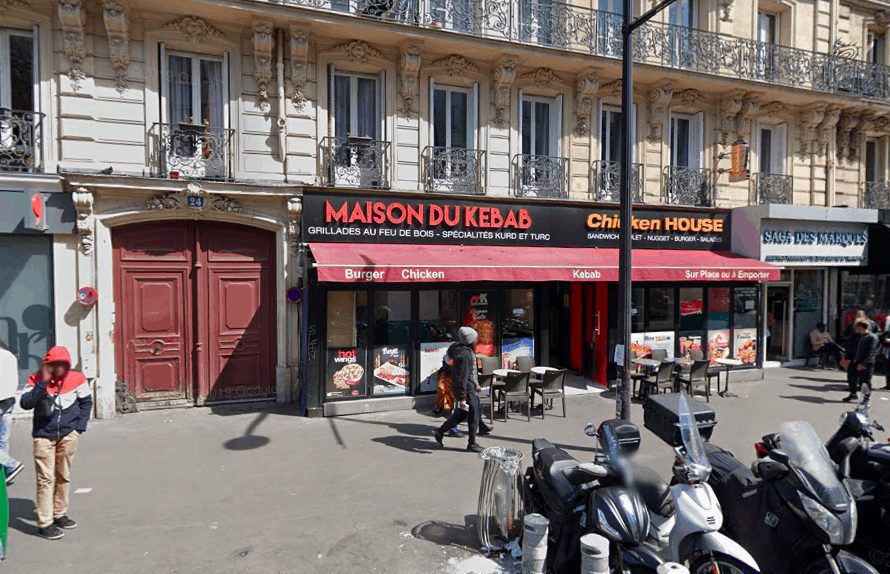 The portions at Maison du Kebab are astounding, if not alarming. They serve their meals on giant trays, and every dish is suitable for sharing if you’re partial to avoiding a heart attack.

You can eat here for well under €10 (with leftovers to take home). Unfortunately this particular kebab house focuses solely on meat and fries, there is no falafel option for the vegans and vegetarians.

Just your friendly neighborhood kebab house in the far north of Paris’ 19th arrondissement. Another one that has seen such great demand that keeping their doors open all night, despite being so far from the city center, is profitable. 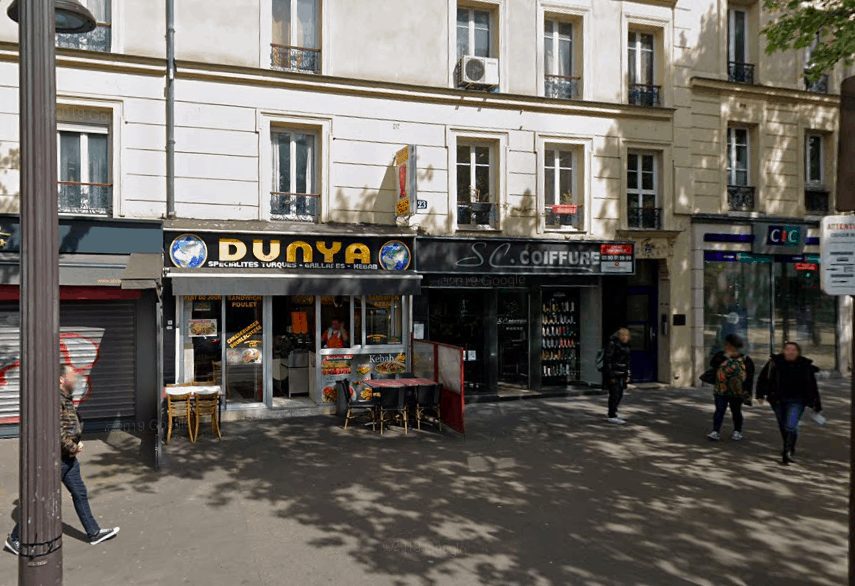 At Dunya you’ll pay next to nothing for great quality kebab. Their preferred method of serving is inside of a pita, but you can do any of the revolving kebabs as a salad plate as well.

The street seating is nice, especially on those warm Parisian nights.

This kebab house is the saving grace for many that party and reside in the Latin Quarter of Paris.

This is a university village, which means that drinking and eating around here is always slightly cheaper than the rest of the city. Students take advantage of the many bars and clubs throughout the week, leaving them with only ô campus to solve their hunger when the establishments close at 2, 3 and 4am.

This is one of those hol-in-the-wall setups that I was telling you about. Its quite literally just a tiny shop with a kiosk, whereby food is served up from behind. 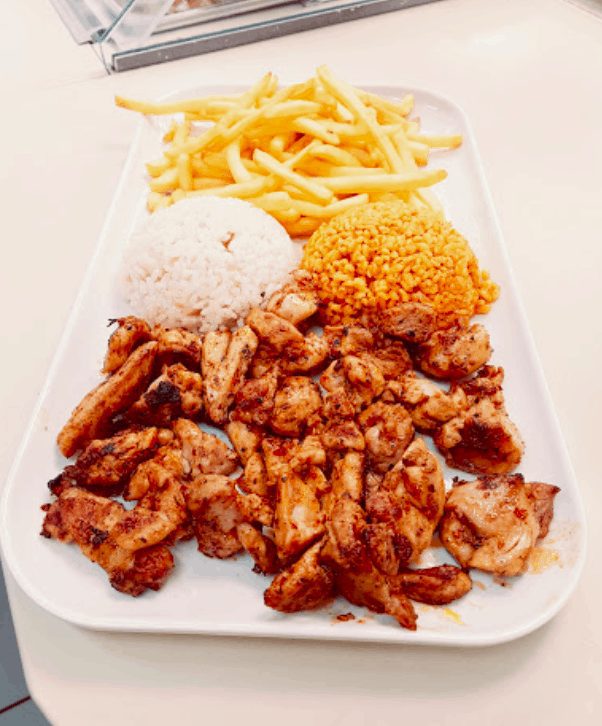 It is unfathomably cheap, even for this part of town. You can get kebab meals and wraps for as little at €5.

This kebab house usually does have falafel options, so vegans and veggies can eat here throughout the night as well. If you’re avoiding dairy then don’t have any of their sauces other than the tahini.

Pigalle’s main party strip is packed with tiny kebab houses between the clubs and bars. Surprisingly, however, none of them stay open all night long, with most closing up between 10:30pm and midnight.

Fontain Food is the kebab restaurant I was able to find that stays open the latest through the night out of them all. They only start closing up at 2am, and will serve customers through closing time if they are present. 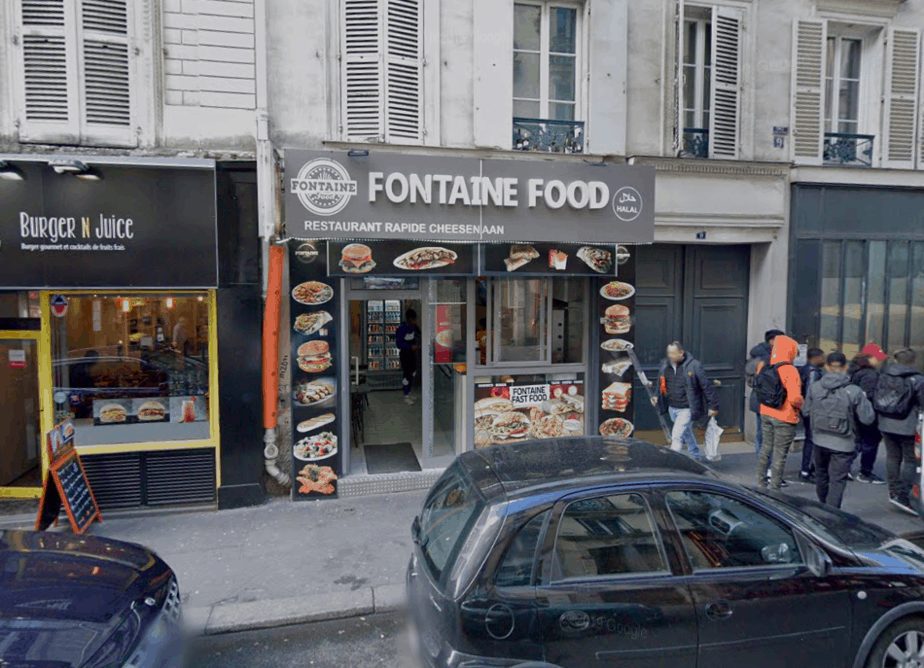 This kebab shop actually does burgers too, which is strange but they aren’t all that bad. In addition to this, all bread is made onsite in their underground oven.

Fontaine Food sits just off of the main Pigalle stop, in a quiet alley way, so if you’ve done a free guided walking tour through this area it’s unlikely you’ll have passed it before. Limited street seating is available.

Opening Hours: Monday to Sunday – 11am to 2am

Just further west, Ladess is a kebab restaurant that has mastered the art of Parisian street food.

They too are not able to stay open 24 hours, but close much later than the rest of the kebab shops in the city.

Ladess is actually a proper eatery, with indoor seating and neat portions of your choice of kebab complete with garnish and sides. Portions are generous, and the bar folk of this neighborhood love stumping in here night after night in desperate search of something to soak up all the liquor. 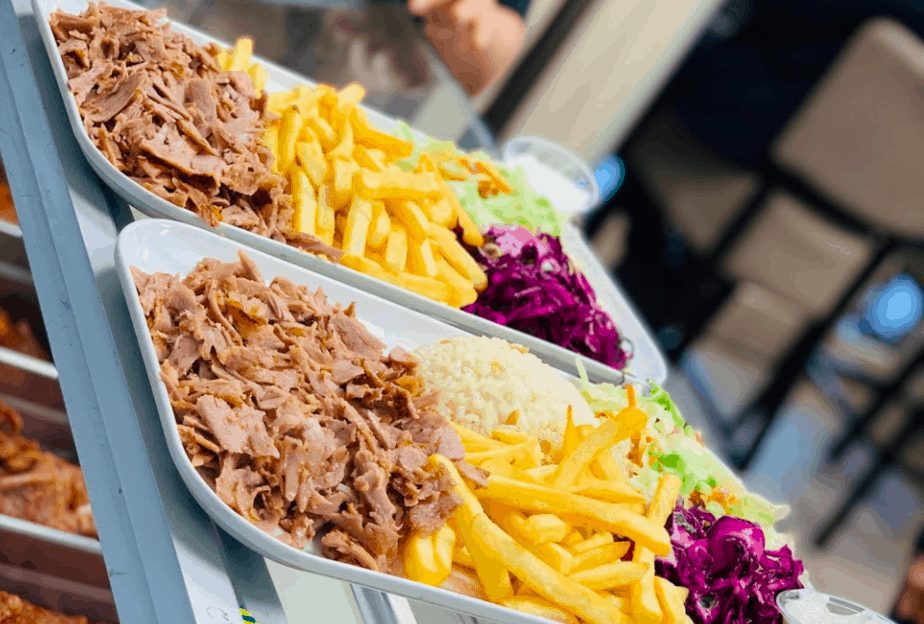 No falafel at this one, I’m afraid, but there are a lot of salad and French fry options for vegans to snack on. There are also pizzas for those who don’t want meat but are okay with cheese.