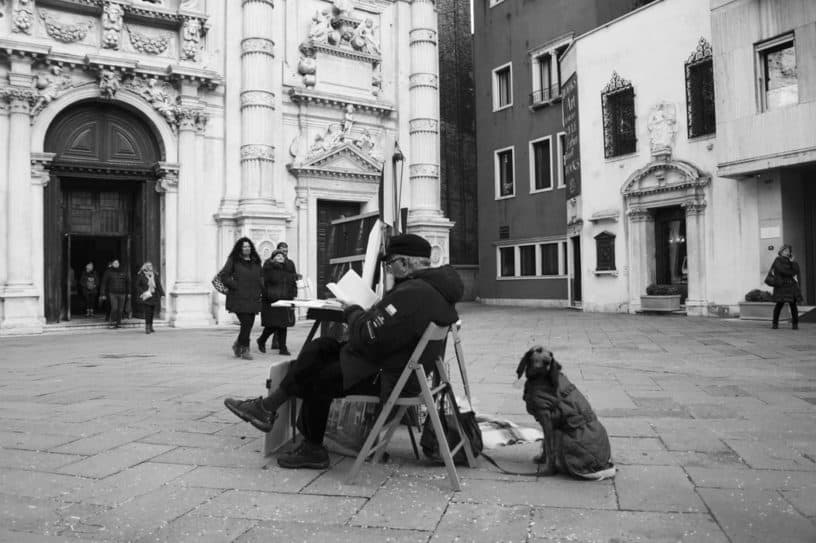 Paris isn’t as dog friendly as you’d expect from a progression European city.

At the forefront are the Parisian restaurants and cafes, with most making a conscious effort to embrace furry friends provided they are on good behavior. Next are Parisian supermarkets; most have no objection to dogs accompanying owners inside, but you can also tie them out from while you shop as well.

As far as parks in Paris go, dogs are rarely welcome. Which is surprising if you consider how few Parisians have backyards of their own and that they somewhat rely on the city to allow their dogs out in public. 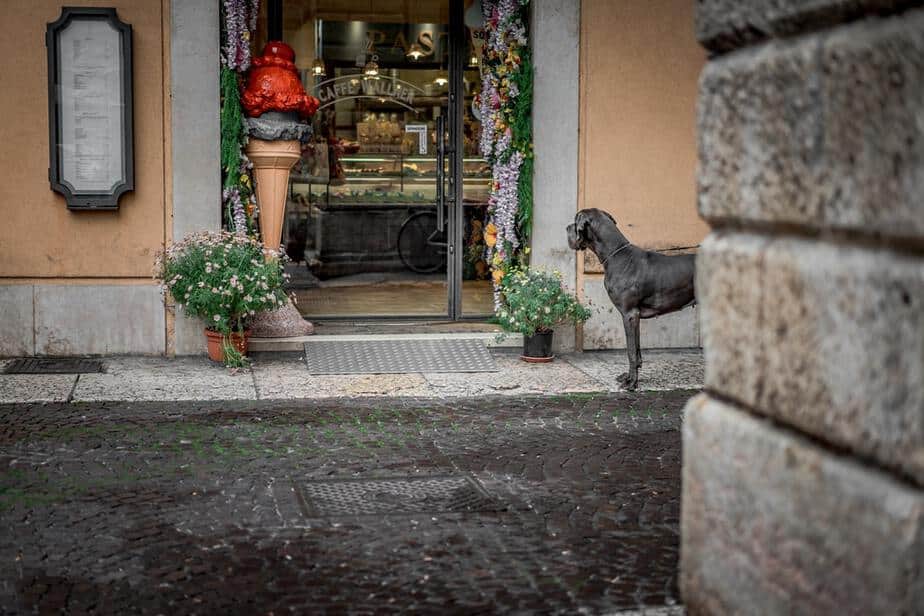 Museums and other cultural buildings do not permit animals on entry, unless the dog in question is a service dog to the visiting patron.

Here is a quick guide on a few welcoming spots in Paris where you and your pooch can coexist.

As mentioned, dogs are not openly allowed to roam through the parks of Paris freely. There are exceptions in a few major public parks where there are sections cornered off for dogs and their owners.

The north end of the Tuileries and the south end of the Luxembourg Gardens, for example, offer dog enclosure areas that are easily accessible from the street.

The Champ de Mars in front of the Eiffel Tower permits dogs… everywhere except the grass. Since the entire park is made of grass this is a bit of a humorous statement to make. 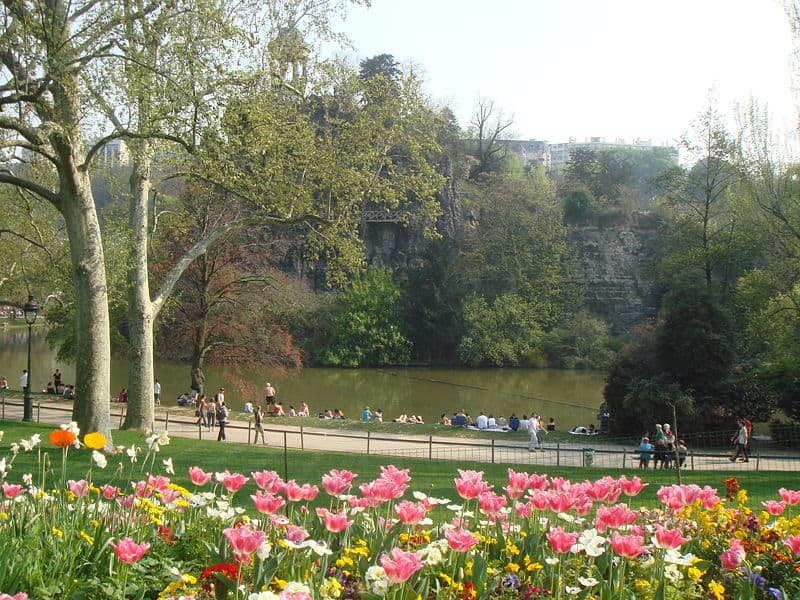 The only park in Paris in which dogs are welcome as equally as humans is the Buttes Chaumont Park in Paris’ 19th arrondissement . Lucky for you, it is also arguably the most beautiful park in Paris, featuring a waterfall and ancient ruins that create a strong ambiance.

Dogs are permitted to roam free without leashes and the park is open to the public 24 hours which is great news for anyone who works a 9 to 5. 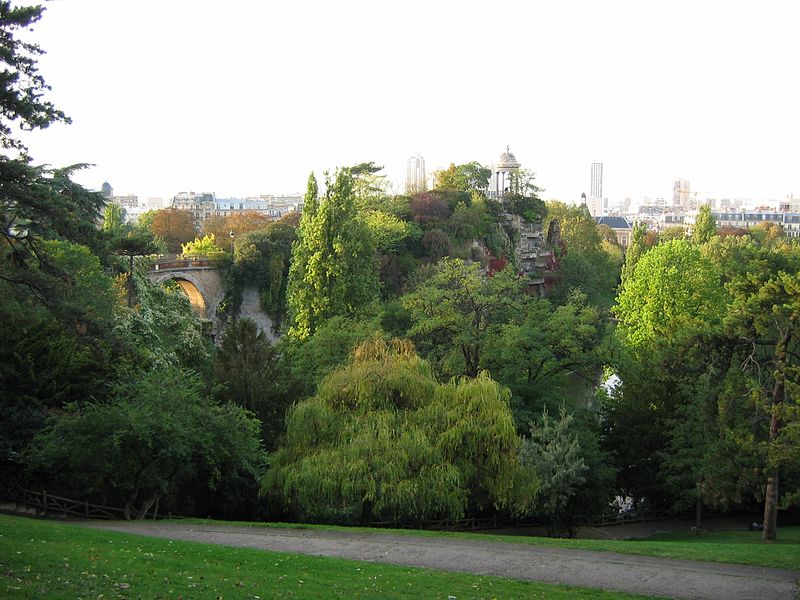 Note: Since dogs are so widely excluded in Paris there are also little to no laws that keep pet etiquette in mind. Most countries in the world employ a strict ‘poop pick-up’ rule whereby dog owners have to carry poop-bags with them at all times to dispose of any public mess their dog might make. Failing to do so can result in fines.

In Paris there is no such law or even general rule, and you’ll notice dog owners taking advantage of this around the city with dog-poop laying about.

As a courtesy, be sure to scoop up any waste your dog may leave in the park or any public area for that matter.

Public Transport for Dogs in Paris

For a city that is so adamant on keeping dogs away from nature, Paris surprisingly welcomes them on all levels of public transport.

Dogs are welcome to ride the metro, bus and RER train through the city. There are some conditions, however.

Dogs on the metro or bus need to be in a carrier bag, no exceptions. This is only when actually inside of the car, and you’re permitted to let them out while moving between stops or platforms. 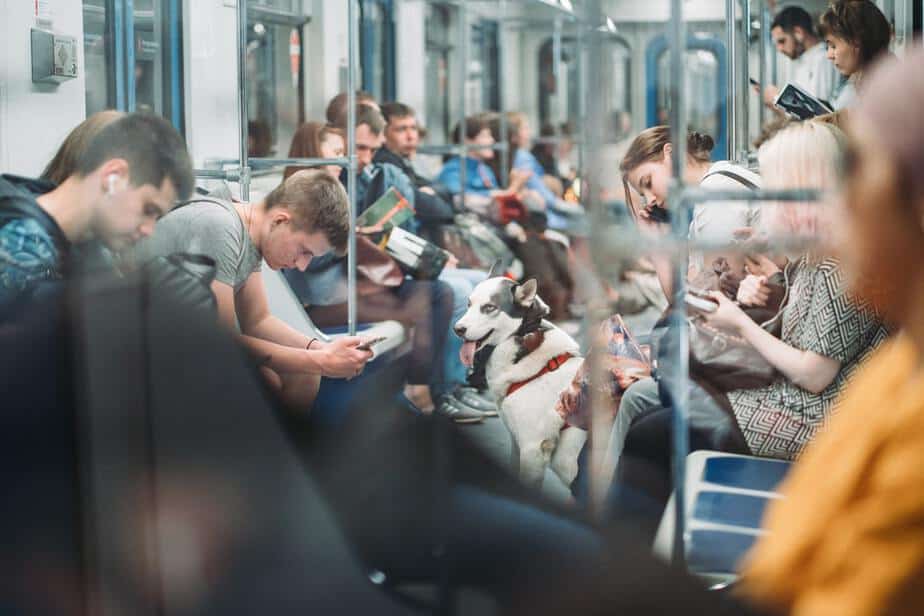 Dogs who ride the RER train between the city and the suburbs can ride for free if they are in a carrier. If they are simply on a leash (which is required) you need to purchase a child’s rate ticket for their trip.

Most taxi drivers in Paris don’t have a problem allowing pets into their vehicles. You can ask first thing as you flag one over to pick you up. Uber drivers can be asked via text en route if they are okay with your fur baby joining the ride. Again, rarely do they have issue with it.

L’Esprit du 12éme is a breakfast, lunch and dinner spot in the south of Paris; part of Bercy Village (where dogs are permitted to walk through the outdoor mall, by the way!).

Every Sunday at L’Esprit du 12éme they host a doggy-owner brunch between 12:30pm and 3pm. 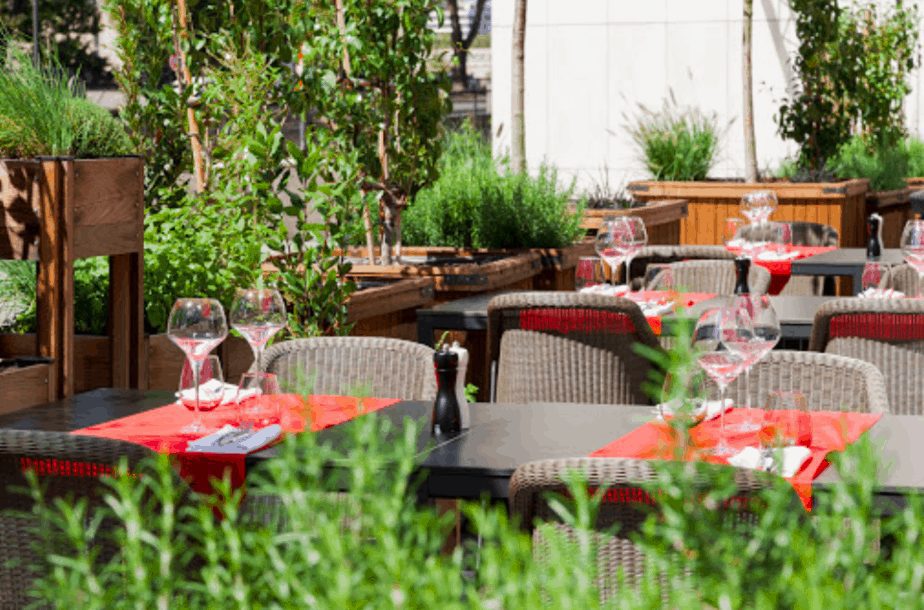 In this rare occasion, dogs are permitted to join their owners and dine together inside the restaurant for a set fee. What makes the experience so unique is that L’Esprit du 12éme is generally considered quite an upmarket and chic establishment, so something like this is unusual to the space.

The experience isn’t cheap. You can expect to spend around €50 per person, more if you’d like to add alcohol. Booking is also important and this event tends to fill up fast.

Another industry more tolerant of pets than the public parks are Parisian hotels. There are many around the city that are happy to host you and your dogs, with very few adding a fee to do so.

There are regular exceptions. Some of them only permit dogs in specific rooms or suites, so you’d have to check availability with them prior to booking.

The L’Hotel in Paris is a renowned spot, especially to locals. It is the hotel in which Oscar Wilde took his final moments on this planet back in 1900. 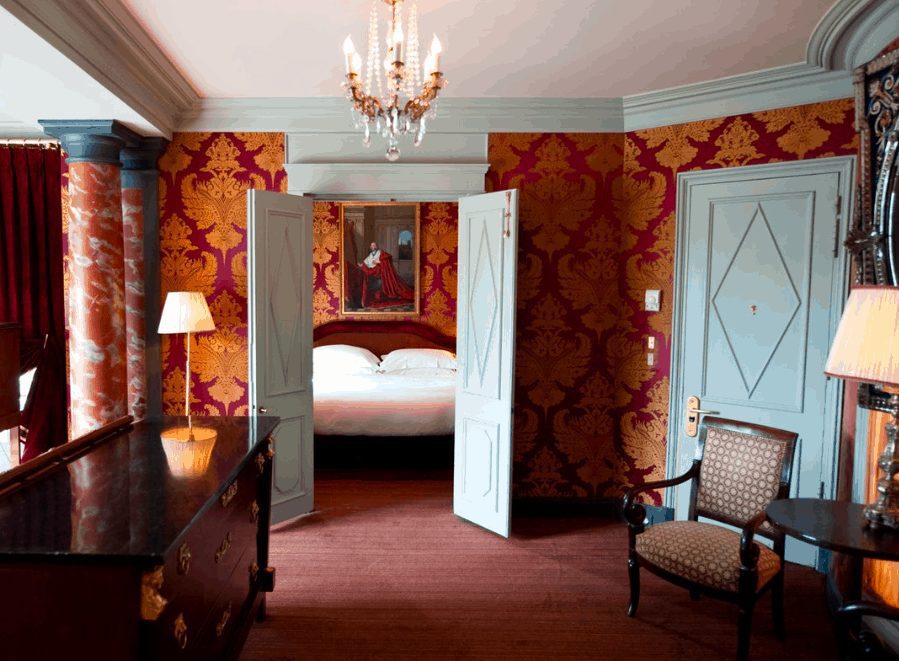 L’Hôtel in Paris – by L’Hôtel – Sourced from their website

The hotel is dog friendly through and through. It also happens to be a masterpiece of a space, taking one on a journey through Paris the minute you step inside.

It is situated in the 6th arrondissement so it is extremely central. Attractions like the Notre Dame and Louvre Museum are close by. As is the Luxembourg Garden with it’s designated little dog area.

For the record, free guided walking tours in Paris welcome furry friends along for the stroll!