Charity in Paris – Who to Support and How 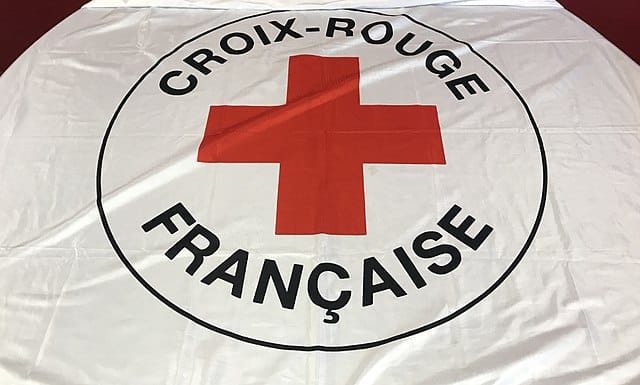 Charity in Paris – Who to Support and How

Everyone remembers their first time in Paris. The world renowned city of light and love rarely fails to impress.

Perhaps you indeed first found yourself here on a romantic getaway?

Maybe you came to broaden cultural horizons and learn the language?

Or was it a culinary adventure for the famed French gastronomie?

Something that may have touched you, once we move away from the shiny shopfronts of the Champs Élysées is the tangible poverty in the city.

This precarity was first famously expressed in Victor Hugo’s novel, originally published in 1862. It went on and became a world famous musical, of course and still captures our imagination today. 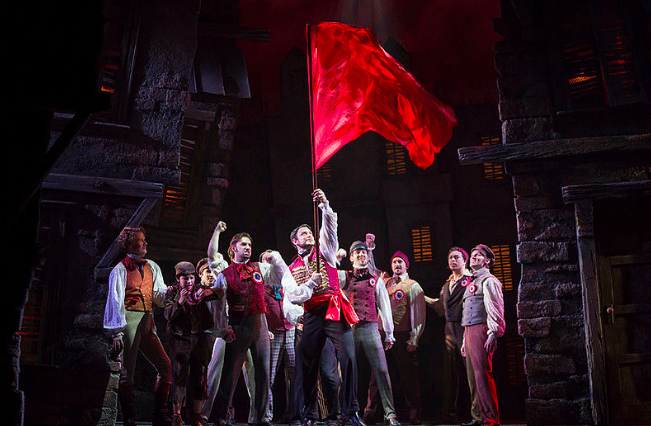 Yet that is how long poverty in Paris has existed. Historically it never was a Bourgeois city such as Bordeaux or Lyon, or indeed Versailles where the royal court was moved when Paris was considered too dangerous.

Back to present day Paris, the homelessness problem is real. Perhaps not on the same level as certain neighbourhoods in downtown San Francisco, but certainly considerably more visible than in neighbouring London, for instance. 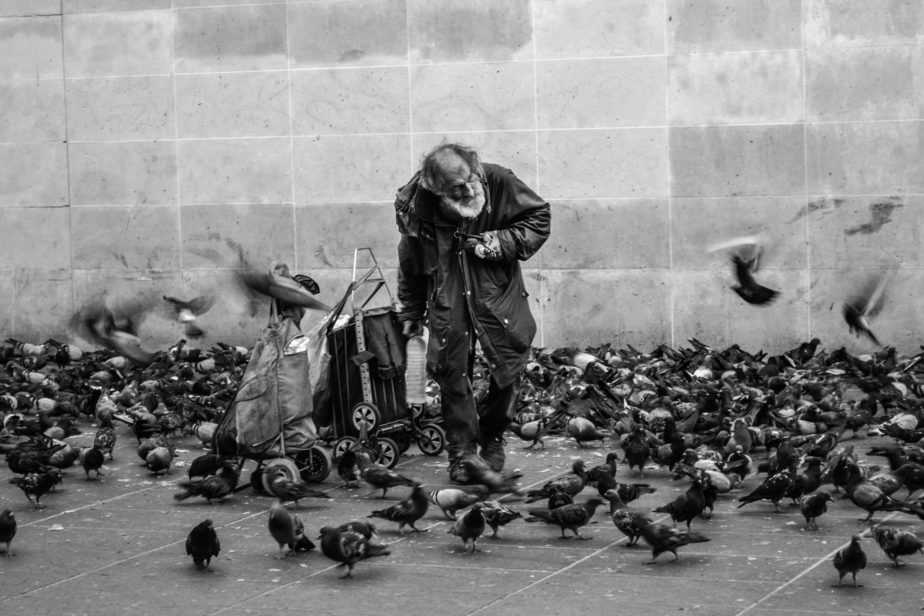 This is certainly the difference that marked me most when I arrived in Paris. It’s tragic and yet so omnipresent that somehow my sense of shock and appaulment acclimatised to this new normal.

Keeping one’s eyes open  it is easy to see that the problem pervades and remains unchanged over the span of several years.

My husband recognises individuals who have been living on the streets and are regularly spending time and asking for money in our neighbourhood as having been there for many years.

An elderly woman who is always running, or speed walking. Blend, the hip burger restaurant on boulevard Beaumarchais regularly offer her a meal.

So, let us take a look at the local charities dealing with homelessness.

It is easy for me to impress citing the month and year ‘les Restos du Coeur’ was founded, since it is the same as my birthday: September 1985. 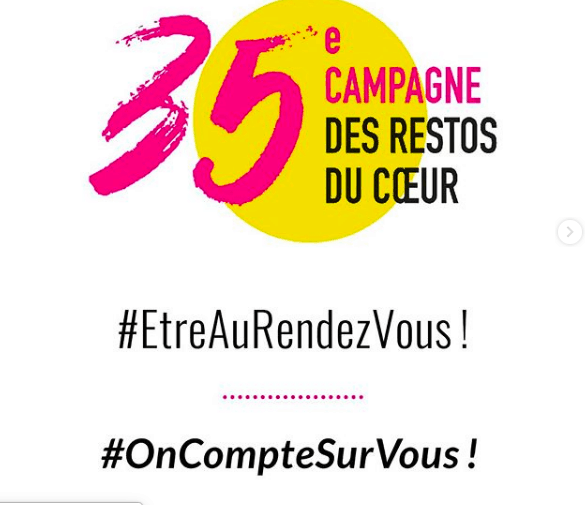 The well-loved comic actor Coluche announced his idea on the radio:

“I had this little idea… a restaurant that would start out with the goal of giving out two or three thousand meals a day”.

Sadly Coluche died in 1987, but that didn’t stall the momentum of the project that he’d created.

On 20th October 1988 the French government voted unanimously in favour of “la Loi Coluche”, which allowed those donating to offset their taxes against the money given to the charity.

This was a clever move, encouraging many generous donations, especially at specific times of the tax year, but also when the charity launches its winter campaigns etc.

The Restos du Coeur have since expanded into many other areas: Their boat provided emergency accommodation, in 2008 the year of the economic crash, they served 100 million meals.

Véronique, Coluche’s widow, has overseen the charity’s work and the successful follow through of her husband’s project faithfully for the past 30 years until her death in 2018.

ensemble 2 générations, is a charitable association under French law, classified as pertaining to general interest.

Launched in 2006, the project sincerely sought to create a relationship of mutual assistance between seniors and students.

I love this idea; restoring faith in human nature, combating preconceived ideas and loneliness. The founder, Typhaine de Penfentenyo, would like us to look past labelling each other as “old” or “young” and simply see the person standing in front of us.

On a more practical note, it is an excellent and canny way to combat unaffordable rent prices in Paris and the surrounding near suburbs.

Students who may have had to live very far from the city with over an hour of transport connections to take in order to reach their place of study, now have a feasible alternative option. 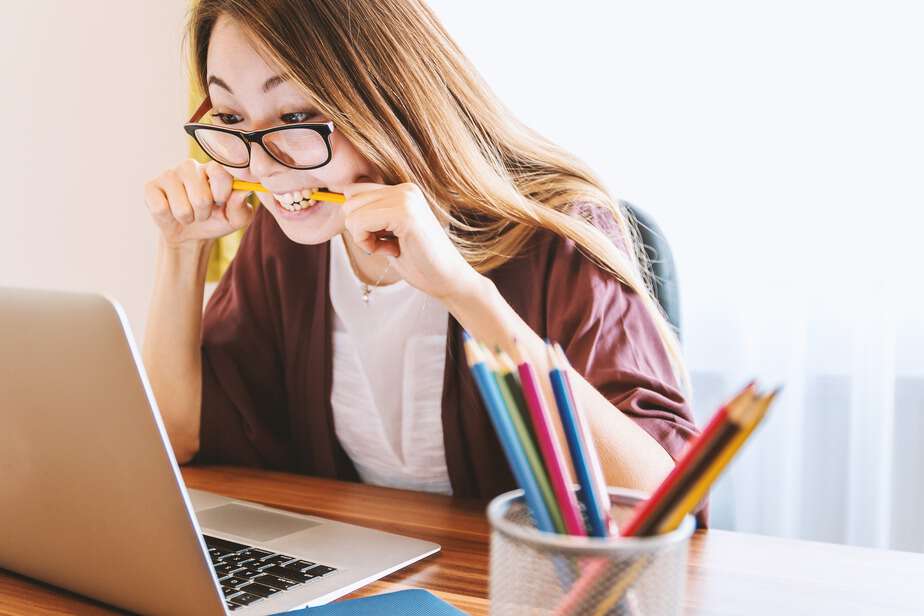 This extremely low, or indeed non existent rent is offset against a few chores to help out around the house, providing support to the elderly person the live with.

Perhaps many enter into this engagement pushed by a financial need. However my guess is they leave with plenty more than they bargained for: A real human to human relationship, sharing an experience with someone who they’d scarcely cross paths with under normal circumstances, yet thanks to this initiative they can offer them just so much more.

I’d like to see this initiative rolled out more widely. If it is something that speaks to you on any level, or you’d like to know more, here’s the link.

The French Red Cross is one of my all time favourite charities.

They do so much great “on the ground” work (sur le terrain). There are a countless number of situations in which they’ll intervene, but just one of them is social exclusion, working with elderly or marginalised people to connect them back with society.

At there addresses around the capital, the Red Cross organise free French lessons for recent arrivals and immigrants who need practical French to get by in their new life here.

They also offer a range of first aid courses at incredibly reasonable prices. I will soon take part in one : “Initiation aux premiers secours enfant et nourrisson”, meaning ‘an introduction to first aid for children and young babies’. 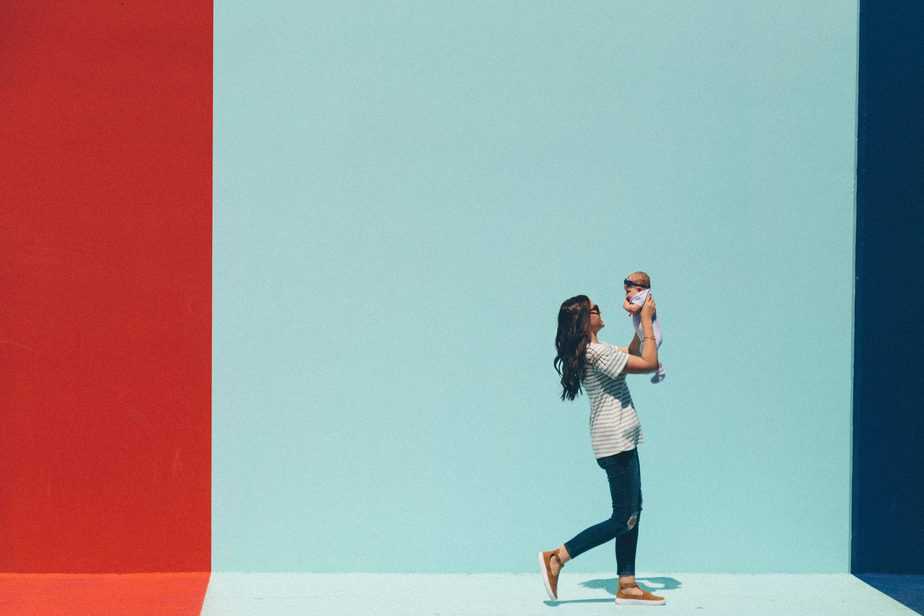 This is part of their initiative to support young families and new parents. For this same reason their “Baby Boutiques” exist, allowing parents to buy all sorts of baby essentials as well as those sweet little clothes that get grown out of so quickly, whilst saving considerably.

These are the ultimate “bon plan” or bargain!

Although both the charity’s baby boutiques (in the 10ème and 12ème) are in working class quartiers in East Paris; they receive donations from the chic nearby neuvième and Vincennes respectively.

When I worked here, I remember sifting through boxes, (doing the triage), and stumbling across items from baby Dior and Zadig et Voltaire. There really is an incredible mix of hand-me-downs on offer. 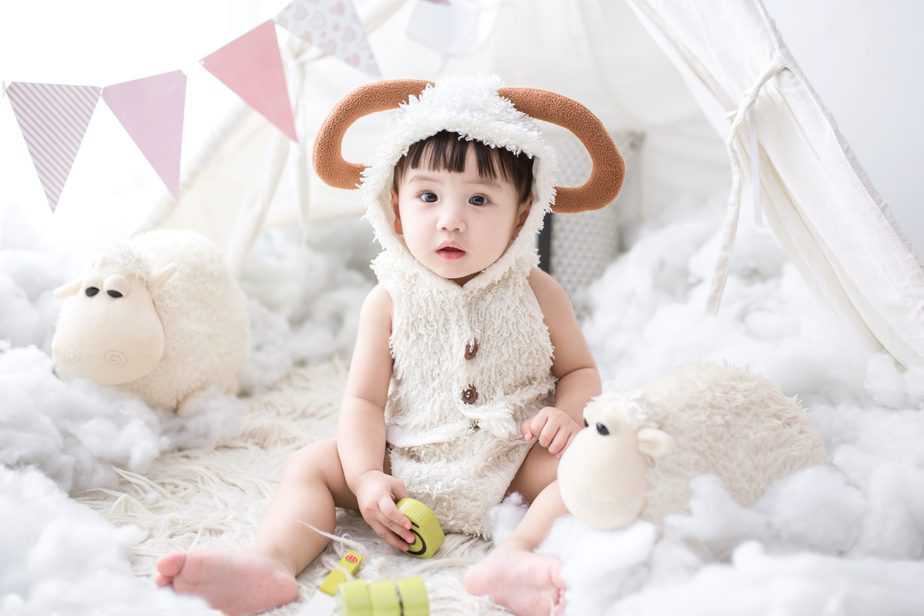 Moving away from what’s available for young families, la Croix Rouge Française is also a good charity to reach out to if you see someone sleeping rough and you are worried about them.

‘SDF’ stands for ‘sans domicile fixe’ and is the way to describe someone who is homeless and has no fixed abode in English.

It’s the ‘Samu Sociaux’ teams who patrol the streets, finding and helping people living rough who are in need of help and support. These teams are especially active during the winter months. 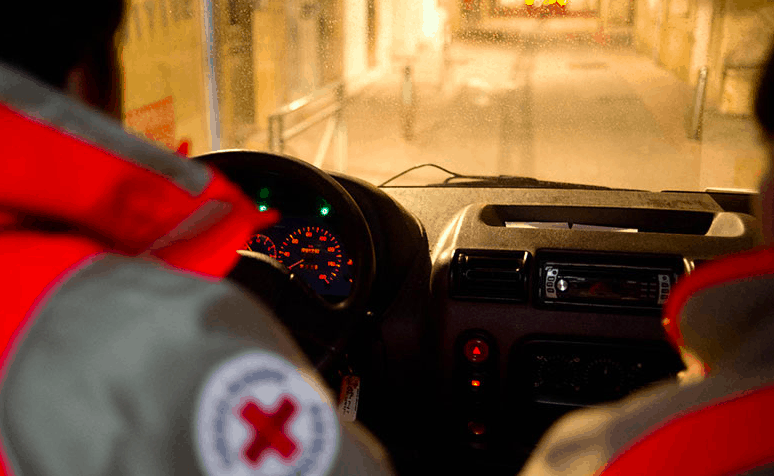 What I respect about this charity, la Croix Rouge Française, is that they work tirelessly to deal with problems that others would simply throw their shoulders up at, declaring “to big to even attempt to solve”.

As such they’re number one for helping rough sleepers on the streets in France.

115 is La Croix Rouge Française’s emergency number if you see a rough sleeper or someone in trouble.

This sweet and traditional charity is also concerned with social exclusion of the elderly. 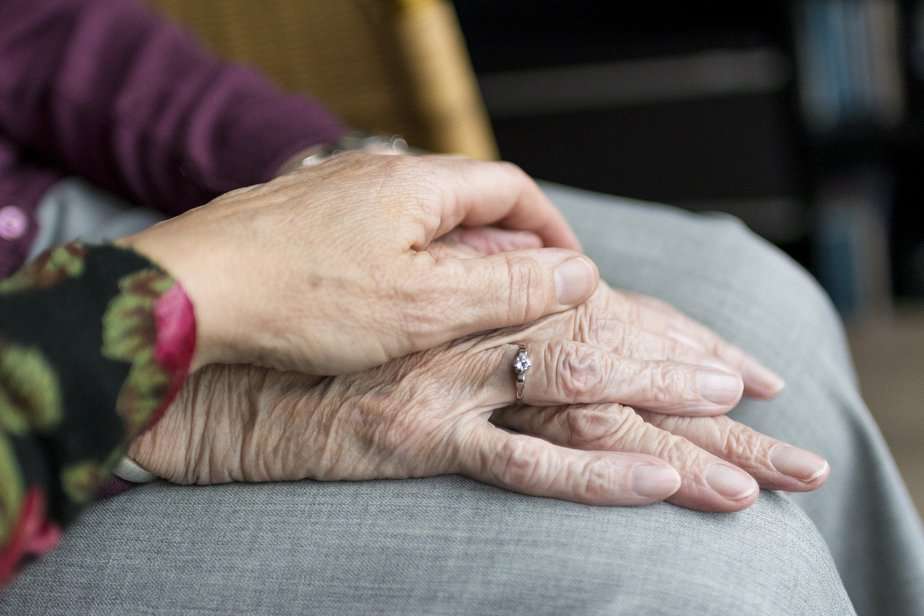 Inspired by Armand Marquiset in 1946, the Petits Frères des Pauvres subscribe to these fundamental values:

I like this charity because it’s a bit like time travelling back on a nostalgia trip to a France embodying these unglamourous but idealistic values.

Their work is very sincere and precise as it addresses one unique problem.

This charity aims to resocialize, act together and alert society to this very real need.

Find out more on their site (in French) here.

This is one of my favourite places to by kitsch, flea market style furniture at a snip of the price! 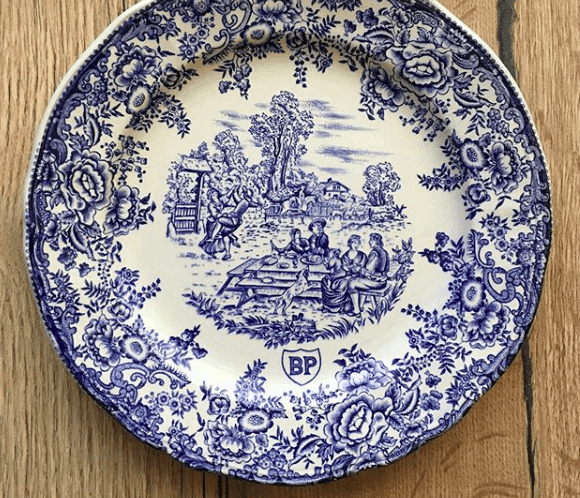 If you didn’t know better then you could very easily be accused of mistaking Emmaüs for some sort of giant jumble sale. And perhaps it sort of is. But the bottom line is that everything they sell goes directly to charity.

Emmaüs describe themselves as an innovative solidarity movement.

They are concerned with: community reintegration and fighting exclusion in all the manifold forms it might present.

L’abbé Pierre, his real name Henri Grouès, was the originator of this movement, which today brings together almost 18 000 people.

Originally a Priest with a unique gift for knowing how to create community, (before that was a ‘thing’ that we trott out in our digital marketing). He founded this movement entirely on intuition, was hugely popular and loved and 70 years later it’s still going strong. 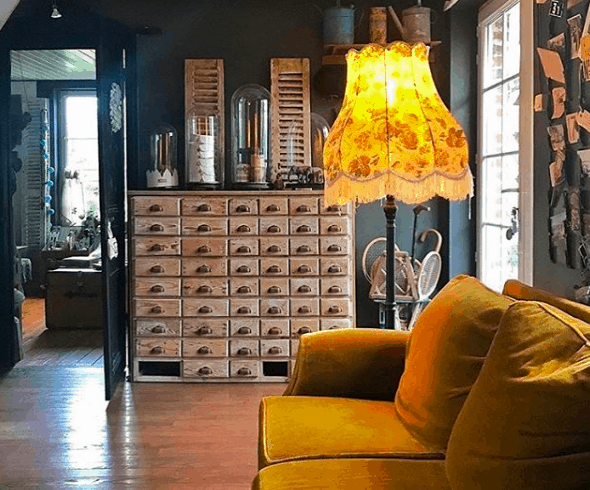 Oh also, do consider them if you’re leaving Paris after a couple of years on a short term contract, or having to get rid of furniture moving into a furnished rental.

They will often come and collect your surplus furniture for free, in turn selling it on.

There you’ve saved yourself paying a “man with a van” and done a good action whilst you’re at it!

Go here for the best bargains and the warm fuzzy feeling that comes with knowing that you’re supporting a great cause.

Perhaps you have read this article with interest and are in Paris short-term, but would still love to make the most of your time here by lending a helping hand?

If you are a student, or working in an International company, perhaps you haven’t quite mastered French enough to fully express yourself? 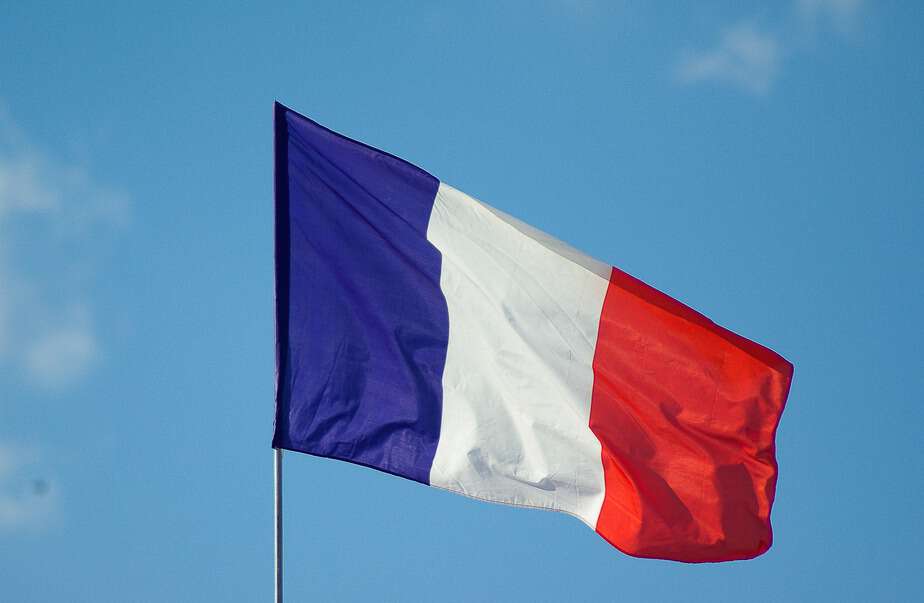 There are two ways to go:

Either you could throw yourself in the deep end. By that, I mean enlist a French speaker to help you fill in the form, head along to the volunteer opportunity, smile and ask other volunteers and your trainer to repeat themselves as and when necessary.

NB. If you’re doing a major in French, or studying French language as part of your programme here, then I would seriously recommend you taking this route.

However, if you know that no amount of well meaning camaraderie is going to make you fluent any time soon but still want to give back, there are other options.

Here is a list from the US embassy of Franco American organisations you can volunteer for, without needing fluent French as a prerequisite.

Now you’ve got no excuse not to get stuck in! Enjoy volunteering for any of these great local charities, or supporting them in whichever way works best for you:

With your free time and skills, your hard earned money, or by donating clothes, furniture or food such as conserves and toiletries.