Best Restaurants near the Saint Denis Basilica in Paris 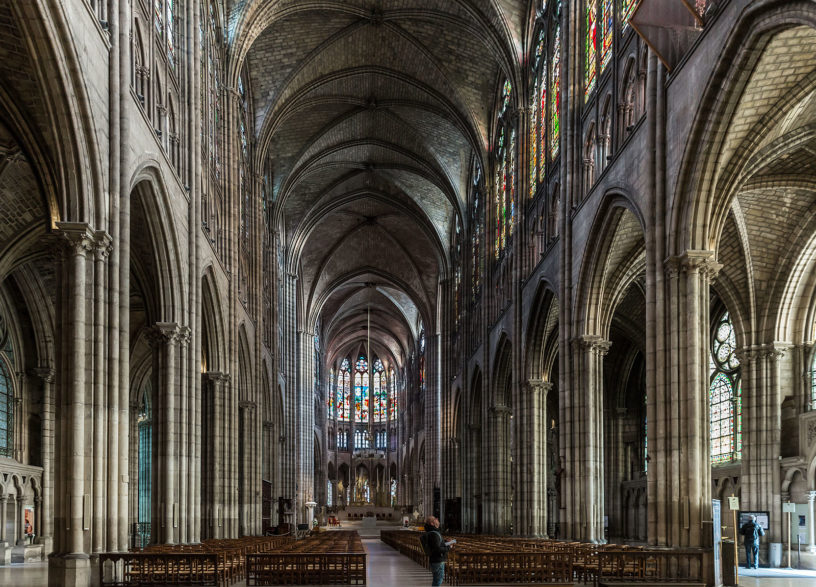 Best Restaurants near the Saint Denis Basilica in Paris

The Basilica of Saint Denis lives quite a way out of the city center. It’s not part of Paris’ central arrondissements, and instead sits in the municipal district of Saint Denis in the far north of greater Paris.

This distance means that Paris’ impressive gastronomic scene has been slow to the table in terms of coverage in this area. Admittedly, there aren’t many impressive dining spots near the Saint Denis Basilica, with most food options stemming from fast food chains or budget student-friendly diners. 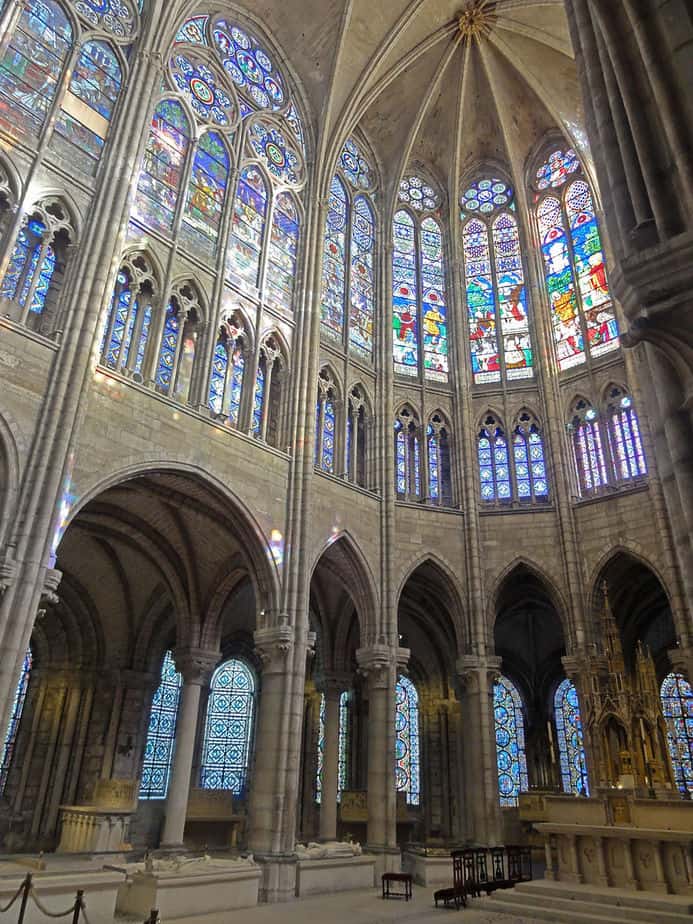 The following six spots are the absolute best places to eat near the Basilica if you want a more formal, sit down dining experience with great food.

Le Mets du Roy is a neat little brasserie near the Basilica that likely offers the most upscale dining experience in the whole district. It’s very cute and charming; a lot like the brasseries found closer to the center of Paris.

At Le Mets du Roy you’ll eat classic French dishes in a cozy, beige-themed nook. The restaurant is walking distance from the Basilica and thus one of the most popular dining spots in all fo Saint Denis.

The downside? Le Mets du Roy doesn’t offer any dinner service; one has to finish up here by 6:30pm each evening. 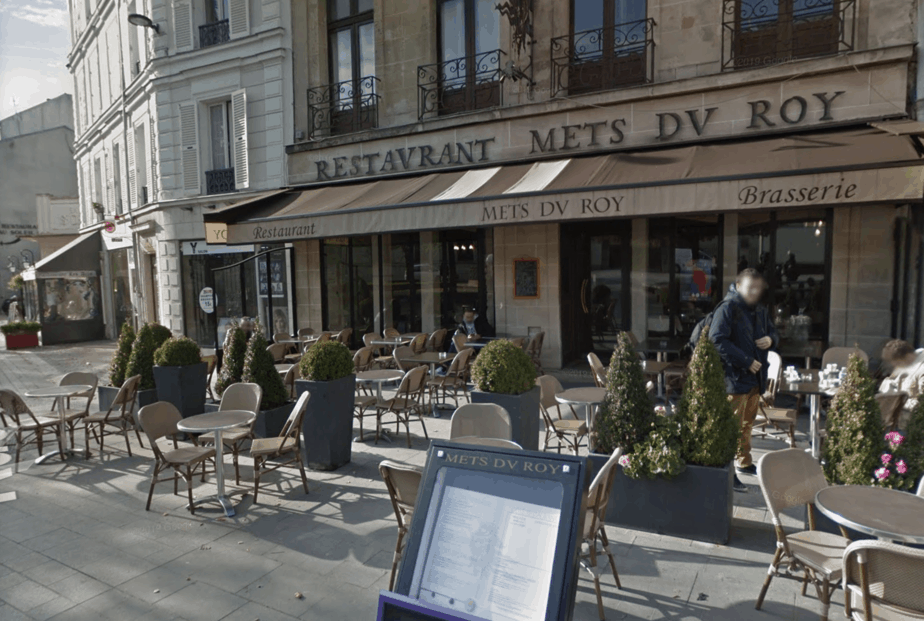 Le Coq Hardi near the Saint Denis Basilica in Paris

Not to be confused by the cafe with the same name in the 9th arrondissement, this Le Coq Hardi is a brasserie and calls Saint Denise home.

While the interior is nothing to write home about, the outside of Le Coq Hardi is terribly cute. The emerald green facade invites guests in from a mile away, and the fresh blooming lavender pots are a comforting accent.

Again, all of your classic French dishes are on offer here. Le Coq Hardi does facilitate a dinner menu, as well as an early morning breakfast. If you’ve come to visit the Basilica for sunrise you’ll be grateful to have somewhere to sit for a coffee and croissant before most other spots open up for the day. 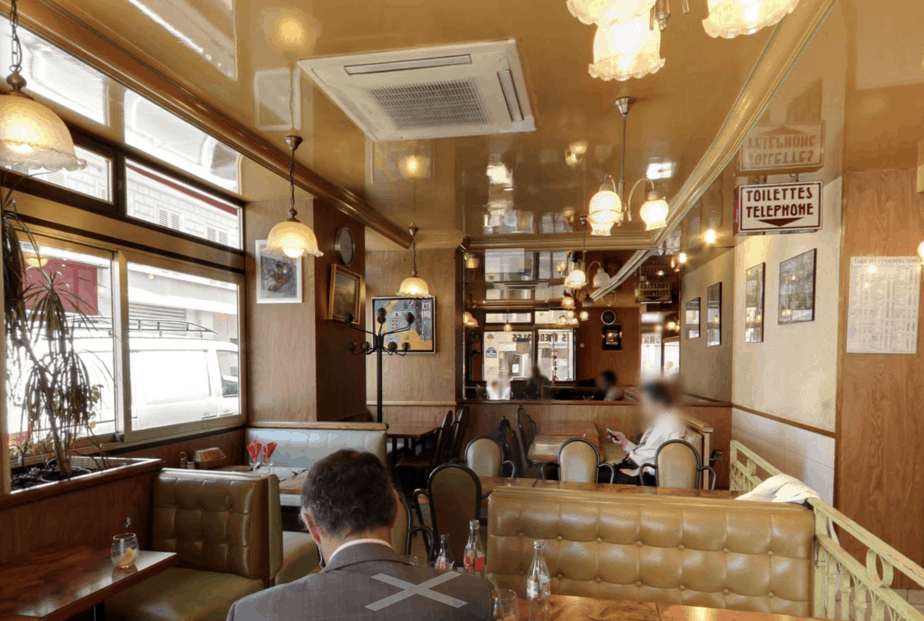 Paradis Des Antilles near the Saint Denis Basilica in Paris

Another restaurant you’d probably walk out of if you were to judge it on first impressions, but the food at Paradis Des Antilles is actually phenomenal and worth a bit of your time… trust me!

This surprising spot is a full blown Caribbean restaurant. Yes, authentic Haitian food right here in the heart of France. 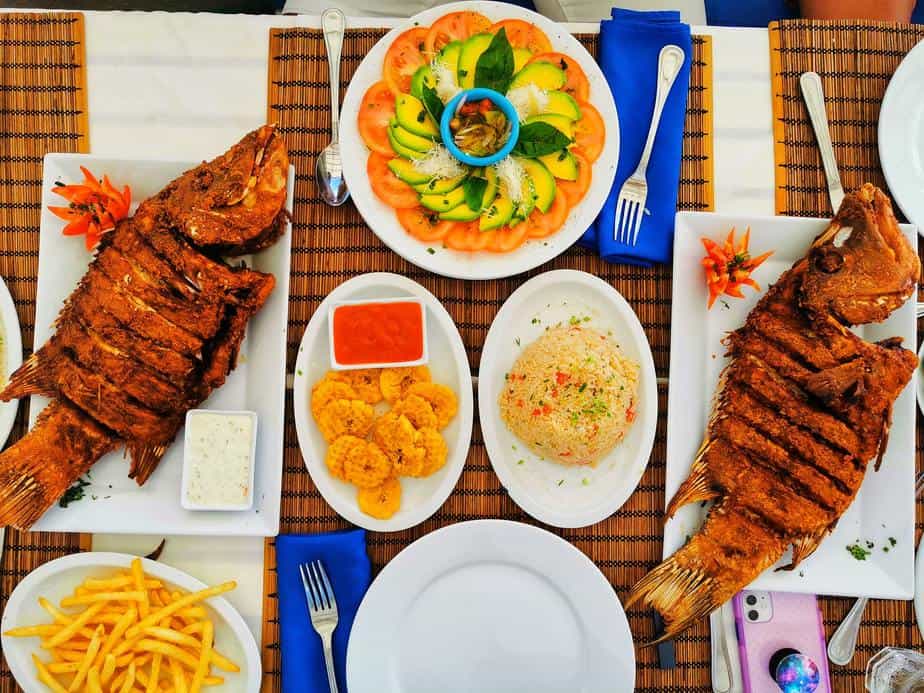 The menu consists of a lot of fresh fish, and a lot of deep fried meats and veggies. They make fresh papaya juice daily and it’s something we all need more of in our lives.

Take note of these hours of operation; there is quite a limited lunch, late lunch and early dinner window six days a week.

K’ribbean Paradise near the Saint Denis Basilica in Paris

So Saint Denise is actually home to the majority of Caribbean immigrants living and working in the French capital. While the population isn’t huge, it does warrant the existence of more than just one authentic spot for the homeland cuisines.

K’ribbean Paradise is another Caribbean dining spot, but instead of fresh Haitain food they instead offer classic Creole dishes. The Creole people in the Caribbean are of mixed black and European descent, and their local cuisine is mind blowing. 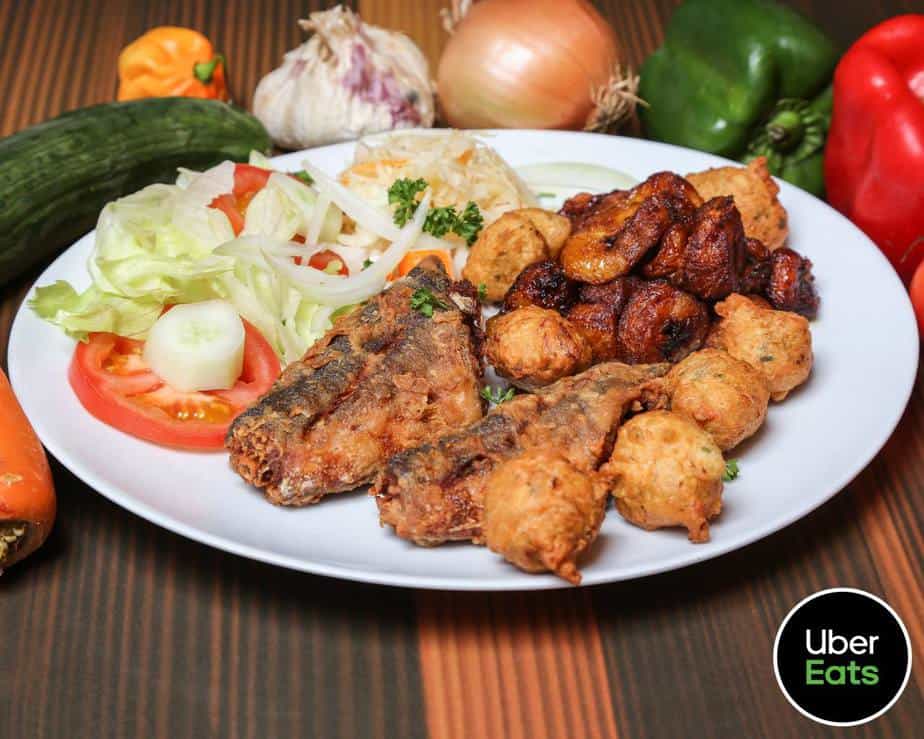 This menu is much more centered around juicy, stewed meats alongside sides of beans, rice and roast veggies. Everything is rich and flavorful beyond belief.

To top things off, K’ribbean Paradise have some of the most generous hours of operation in the district.

Opening Hours: Tuesday to Sunday — 12pm to 12am

Hippopotamus Steakhouse near the Saint Denis Basilica in Paris

The Hippopotamus Steakhouse is a great spot in Saint Denis — provided you are a meat lover!

This is a barbecue concept, where an array of meats are roasted daily and served in many different forms. Steaks, burgers, skewers, even meat salads make the cut. For dessert you’ll enjoy decadent plates of creme brûlée and giant cookies topped with ice cream.

It’s not really an appropriate dining spot for vegetarians, unless you’re partial to eating just a plate of French fries as your meal.

Pizzeria Restaurant Mirabella near the Saint Denis Basilica in Paris

There isn’t much to fault at Pizzeria Restaurant Mirabella. Yes, it’s a very simple and low-key spot, but there is something genius in the way these traditional pizzas are prepared. So much so, in fact, that a lot of their regular customers come in from the city center just to eat here. 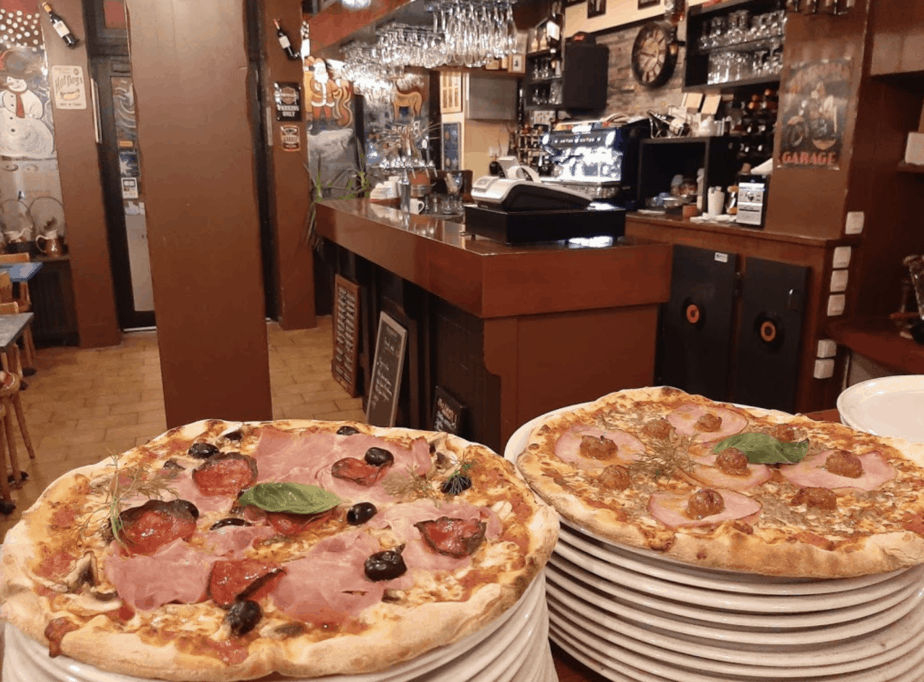 The pizzas are both cooked and served with love & passion; it’s tangible. None of the staff at Pizzeria Restaurant Mirabella speak English so you’ll need to give your best French attempt or use Google Translate.

Eat here everyday except for Sundays!