Best Restaurants near the Paris Pantheon 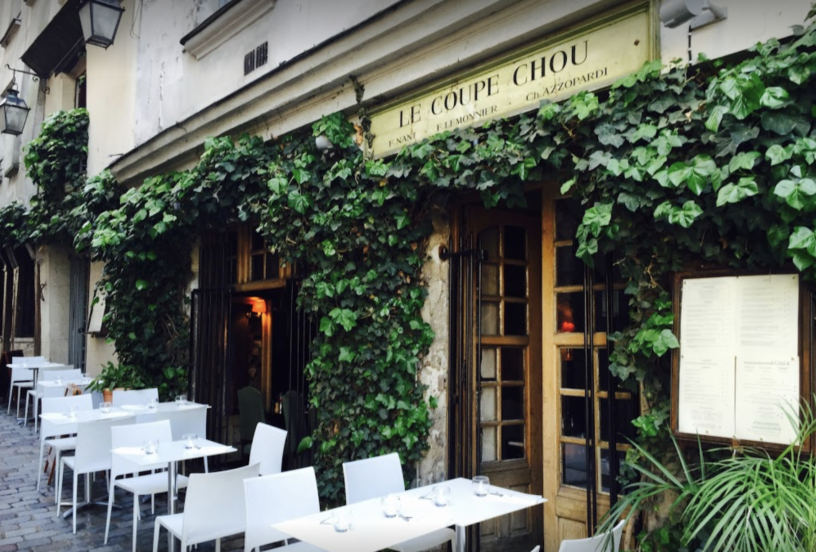 Best Restaurants near the Paris Pantheon

Modeled after the Pantheon in Rome, Paris’ Pantheon is a tourist hotspot where people come from far and wide to visit the tombs housed within.

The Pantheon lives in Paris’ Latin Quarter on the Left Bank. This is a gastronomic hub filled with vibrant places to eat. Should you find yourself in the 5th arrondissement with a burning appetite, head to any of the following spots.

Istanbul near the Paris Pantheon

Istanbul is a four minute walk from the steps of the Pantheon. This is a charming little Turkish eatery catering fresh, authentic food morning until late-night.

I’ve only eaten here once, but writing this has triggered a reminder to future-me to make time for Istanbul once more. I love dining anywhere in Paris where I can enjoy a combo plate and substitute cutlery for bread. 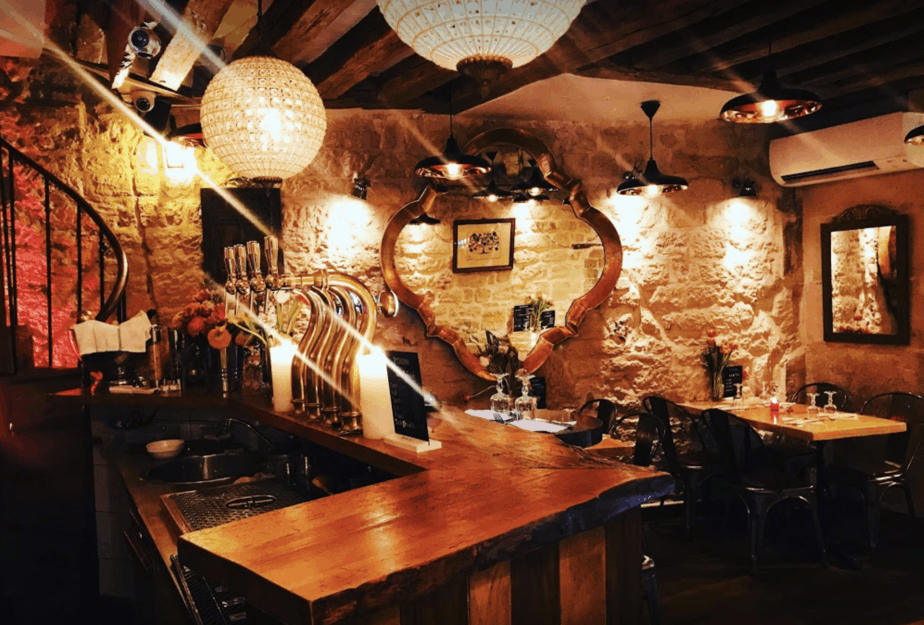 Lovers of traditional Turkish kebab will appreciate the menu at Istanbul. Vegans and vegetarians will as well; there are many salad, dip and falafel options to mix and match with.

Opening Hours: Monday to Saturday — 11am to 12am

Le Coupe Chou is something out of the ordinary; you’ll be aware of this from the moment you step through the doors.

Designed like a stylish 1920’s war-bunker, this traditional French restaurant has created quite the vibe when it comes to ambiance. Word of this treasure trove has spread, and Le Coupe Chou tends to book out every night of the week.

Call in advance to make a reservation. Alternatively, showing up unannounced will incur a wait of up to an hour on most evenings, but you’ll be able to order drinks and hang about until a table becomes available. 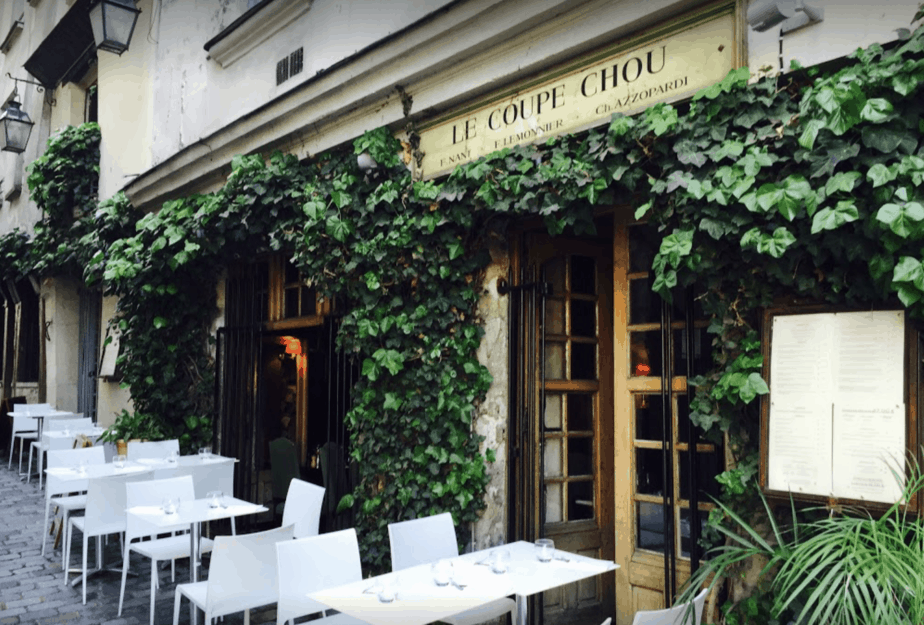 This restaurant is the perfect opportunity to taste all of the French delicacies and traditional dishes while in Paris. Note that Le Coupe Chou only operates a dinner service; don’t show up for lunch!

Chez Gladines near the Paris Pantheon

Basque food isn’t easy to find in Paris, so this gem of a restaurant near the Pantheon is one you need to know about!

For those who aren’t already familiar, Basque cuisine is the food of Basque Country; a small district win the northernmost coast of Spain. The cuisine from this area is very distinct, and not something many chefs attempt to replicate outside of the country itself. 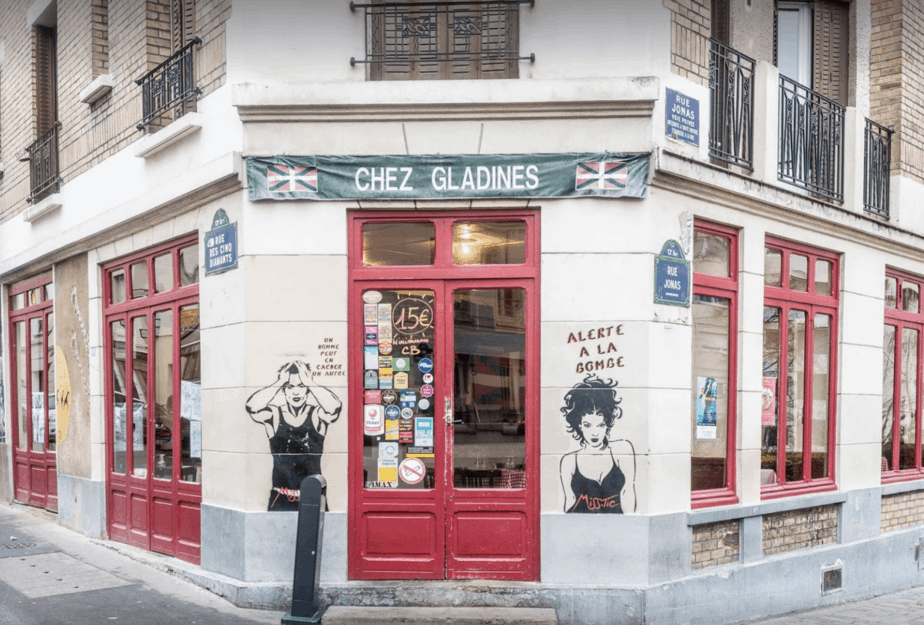 Lucky for you, Chez Gladines is doing Basque food, and doing it well! The restaurant tends to get crowded full of people all wanting a chance to taste the dishes; expect chaos at the best of times.

Service is incredibly fast and friendly, especially compared to usual French standards. Basque food is partial to meat eaters, so vegans and vegetarians might want to look elsewhere.

The Moose near the Paris Pantheon

The 5th arrondissement really is the gift that keeps on giving. Here we have a Canadian restaurant right in the heart of France — who would have thunk it?

The Moose is a really casual and quirky spot that feels a lot like a sports bar while inside. The fact that they serve cheap beer and screen all significant sporting events probably does well to contribute to this assessment. 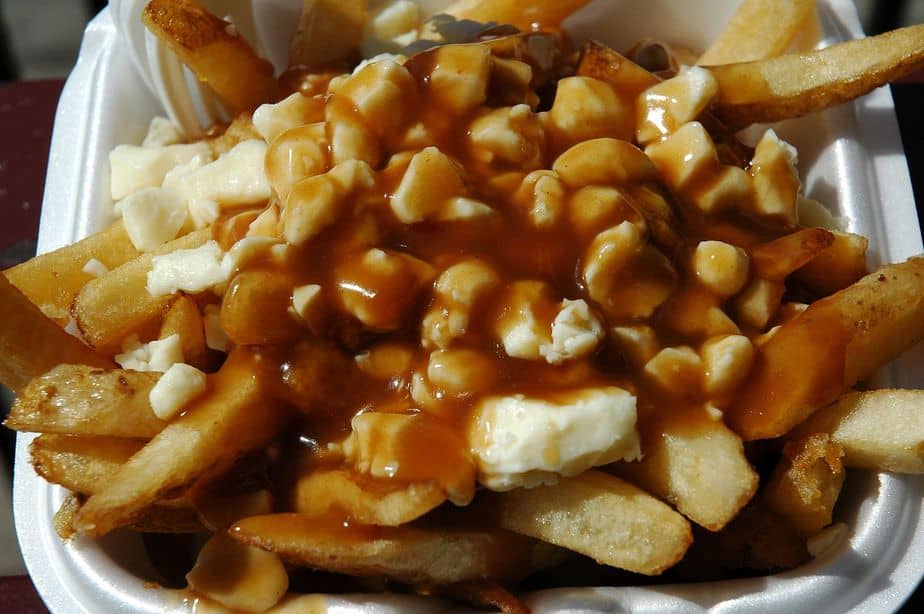 What is Canadian cuisine, you might ask? Well, from what I was able to gather from the menu it’s a lot of fresh meats, chicken wings and of course the iconic Canadian poutine.

Poutine is a generous portion of French fries topped with curdled cheese and brown gravy. It seems the people fo Paris consider this dish worthy of a cross city commute on a regular basis.

Surprisingly, The Moose have added a few vegan-friendly dishes to their menu alongside all the meats.

Sucrepice near the Paris Pantheon

Sometimes you might think you like Chinese food, when in reality you probably just really like Sichuan food — which is one of the many branches under the umbrella of traditional Chinese cuisine.

Not too far from the Pantheon, Sucrepice is serving up hot and tasty Sichuan meals just as do in the Sichuan province in China. 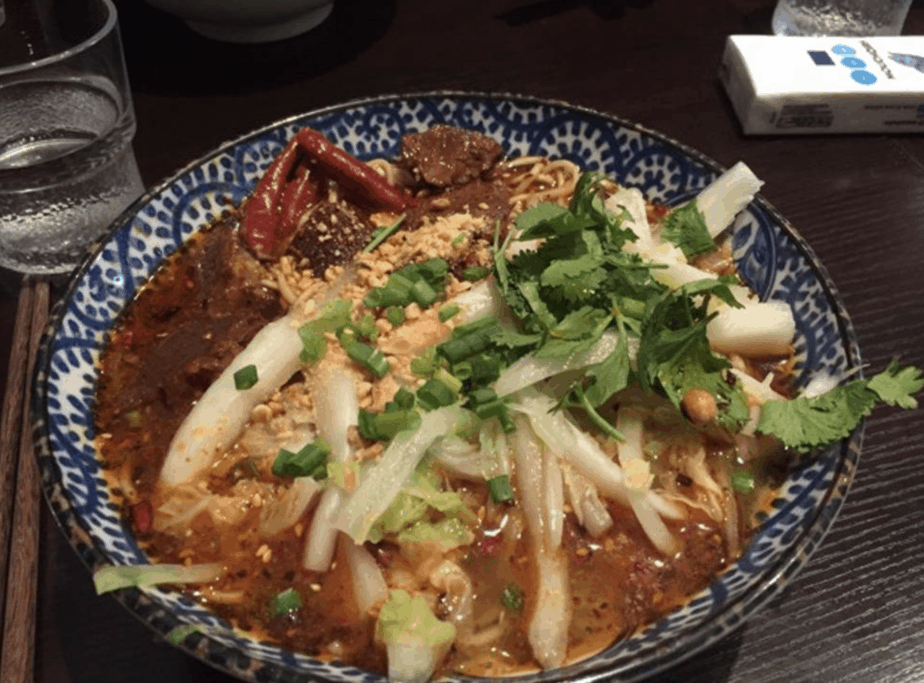 Noodles are a big part of the Sichuan cuisine, so prepare for Ramen-like bowls while dining at this spot. Sichuan food is also notoriously spicy, and I can safely say that Sucrepice will humble even the most confident of chili-eaters.

Don’t end your meal without at least one of their weird and wonderful Chinese desserts. They taste better than they look — I promise.

Mirama near the Paris Pantheon

If you’re not in the mood to explore a new branch of the Chinese gastronomy today, that’s okay. Rather head over to Mirama, a short walk away, and gorge on all of the Chinese dishes that you already know and trust.

Mirama is your everyday Cantonese cuisine: soup dumplings, pork buns, fried rice, noodles, etc. There are some Vietnamese dishes on the menu as well. 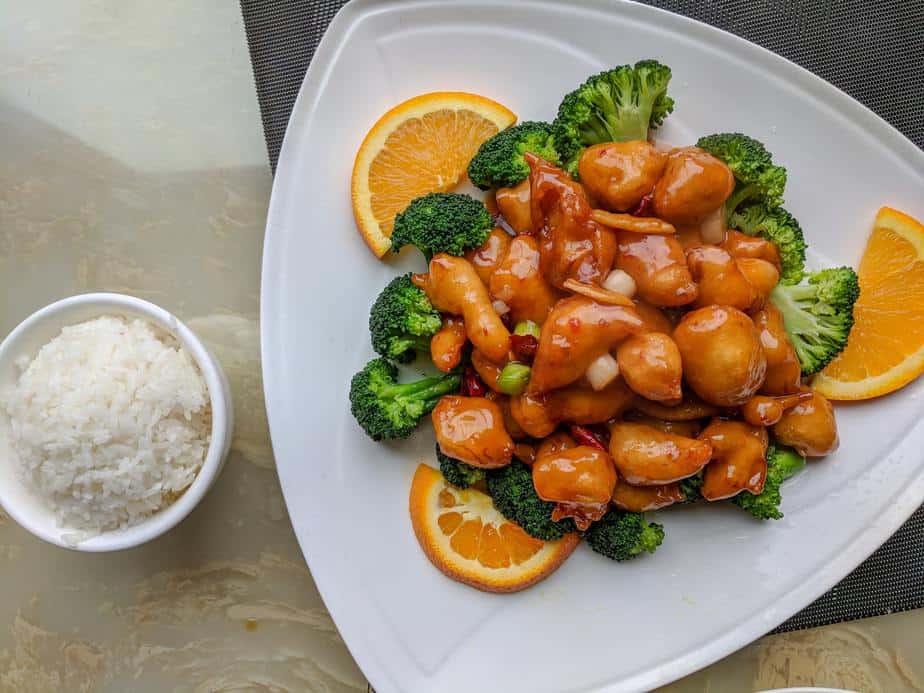 It’s a very affordable eatery where almost every dish is served in a “too big” portion. This restaurant gets incredibly busy, but there are two floors to the space so one will rarely ever have to wait around for a table.