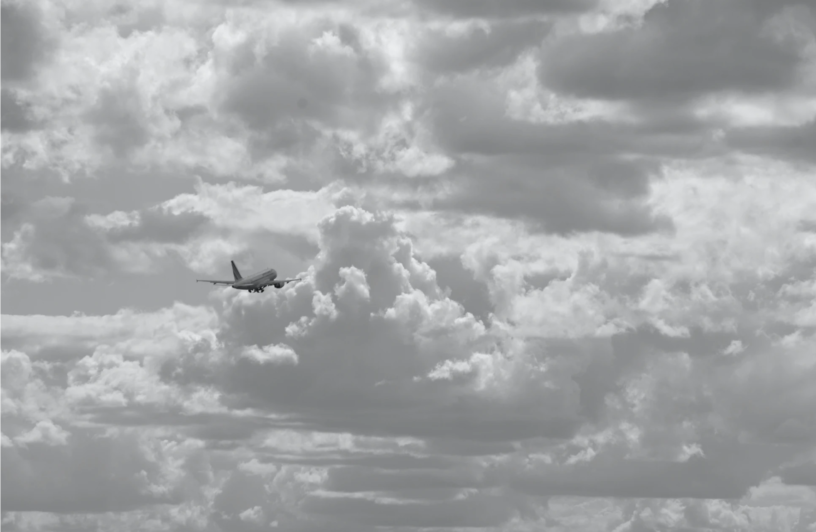 Charles de Gaulle is Paris’ main airport, but unfortunately it lies quite a way away from the city center itself. To get to the airport from Paris, it’s a good 45 minute long train ride from the city, or a 25 minute cab ride (assuming there’s no traffic). It is also known as Roissy Airport, as this is the name of the district.

The surrounding neighborhoods to Charles de Gaulle are about as suburban as they come. This isn’t were one goes to find a dynamic gastronomical scene, but rather to enjoy a quaint lunch or dinner before boarding a flight for onward journeys.

If you are looking to dine in the area, here’s where you should go:

Moonsushi is the best place for sushi near Charles de Gaulle. They’ve been in operation for decades, delivering fresh, traditional options to anyone wanting this particular cuisine pre-flight.

It’s nice that the chef takes urgency into consideration, and prepares each order with natural haste so that you’re never tapping your foot and checking the clock. 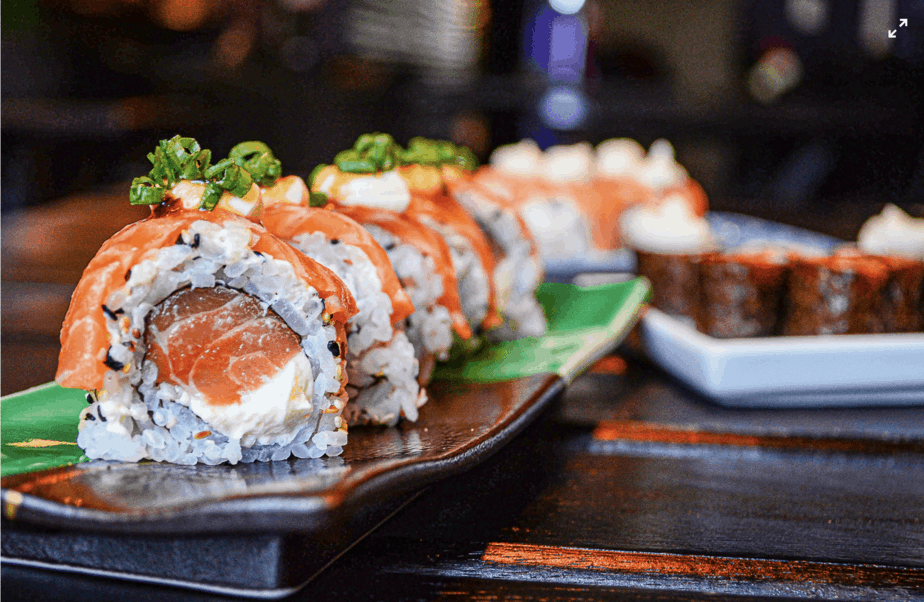 The best part about dining outside of the city center? Suddenly all your meals become noticeably more affordable, but never really floundering in quality. If you don’t have time for dine-in at Moonsushi, consider calling in advance and picking up a takeaway meal for your flight — sushi in the sky!

If you want to dine somewhere that’s really off the beaten track, then I would recommend a sight detour further west of the airport to this small, family owned business that operates out of someone’s backyard.

It’s a terribly cute (and traditionally French) bistro with a comfort like is more on par with an Italian trattoria (though do not admit this to the owners/locals). The menu at L’os A Moelle changes with the tides, offering new dishes daily depending on what mood the chef is in at the time. 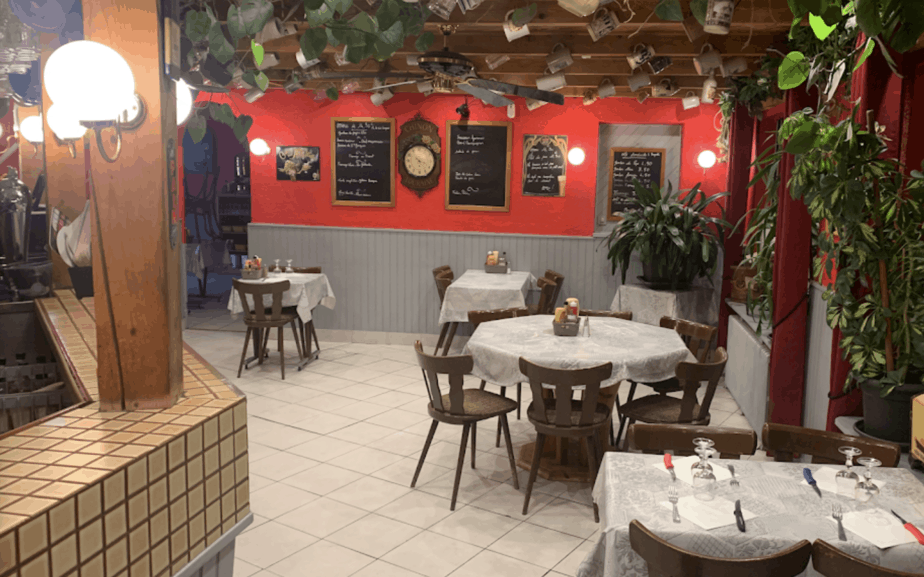 Visiting in the summer is great, because the garden is open and you can dine on the grass. Cooler months keep everyone in doors, where a cozy pub-like atmosphere breaks out nightly amongst the locals.

Opening Hours: Monday to Friday — 6am to 9pm

The spaciousness of this part of Paris makes it the perfect place for giant establishments; namely, airports and golf courses. This restaurants overlooks the latter: the International Golfing Range of Roissy.

The panoramic dining room overlooks the green space, and you can watch the players come and go throughout the day. While the food is wonderful, the space itself does feel a lot like an airport terminal, as there is only glass panels and no what of enjoying the outdoors. 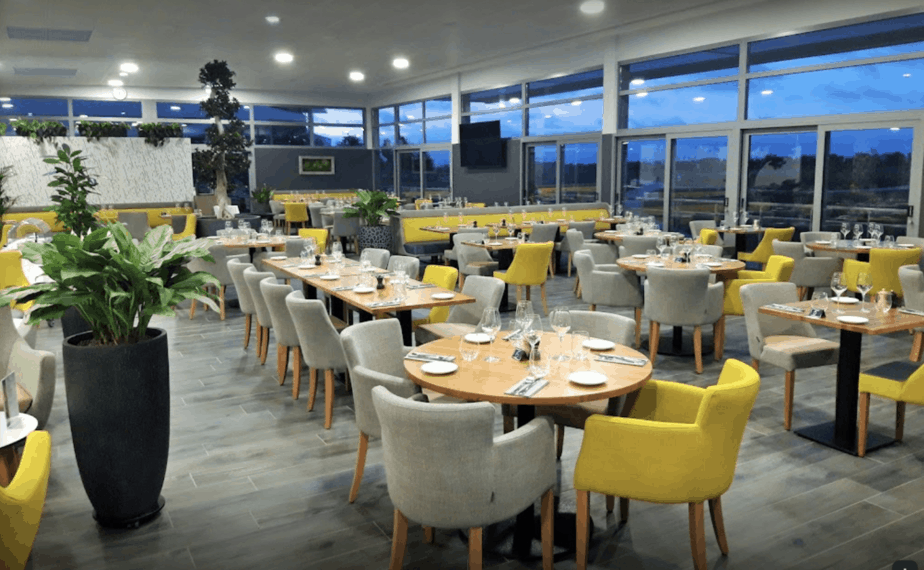 That said, this is a really wonderful place for a last meal in Paris, where attention to detail has been placed in each dish. One you see the plating choices, you’ll see what I mean!

Opening Hours: Monday to Sunday — 8am to 7pm

This next spot is going to raise a few eyebrows, but hear me out! Restaurant Enova is fast food, but in a very French sort of way. What I mean by this is that yes, it’s unhealthy, yes, it’s greasy as hell, but it’s also some of the best comfort food for those teary Paris goodbyes before heading off on new adventures. 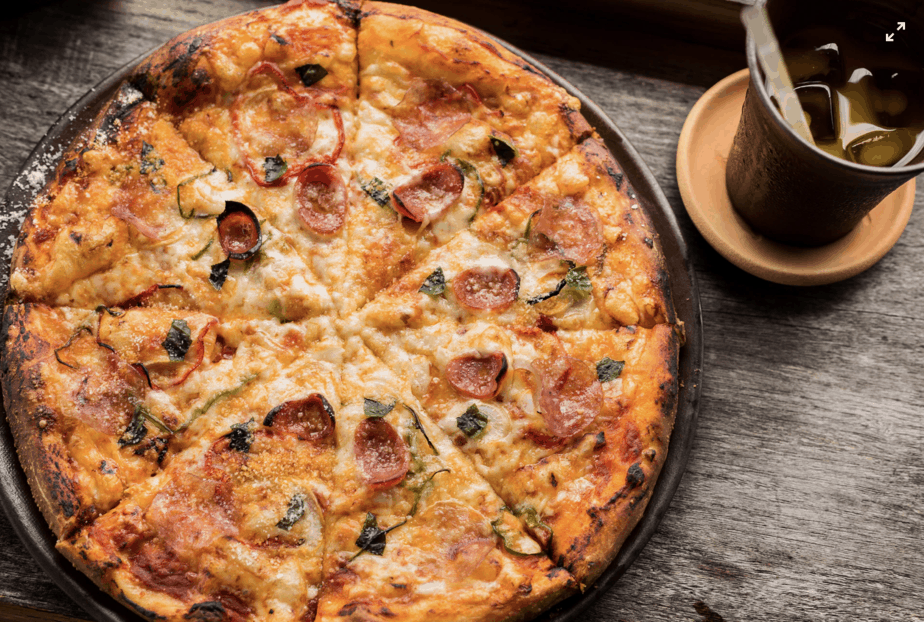 There is something very comforting about homemade pizza and fried quesadillas before a long plane ride. This is a local favorite, with residents of Roissy very much enjoying their weekly fast food treat in this joint.

Yes, you can eat decent Thai food this far outside of the city! Sweet Thai is not far from Charles de Gaulle, and is officially the best Thai food (or similar) that you’ll find in this neck of the woods. 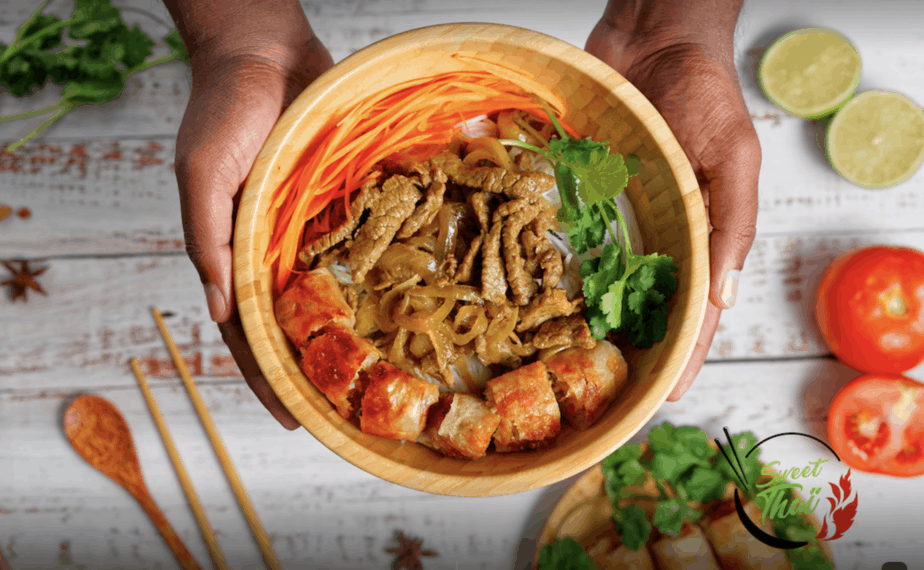 They offer all of the main classic dishes, as well as a few that you’ve probably never heard of. I recommend their bao buns, and their rendition of a traditional pad Thai. It’s probably not going to blow your mind if you’re a Thai-food lover, but it is always fresh, flavorsome and served with a smile!