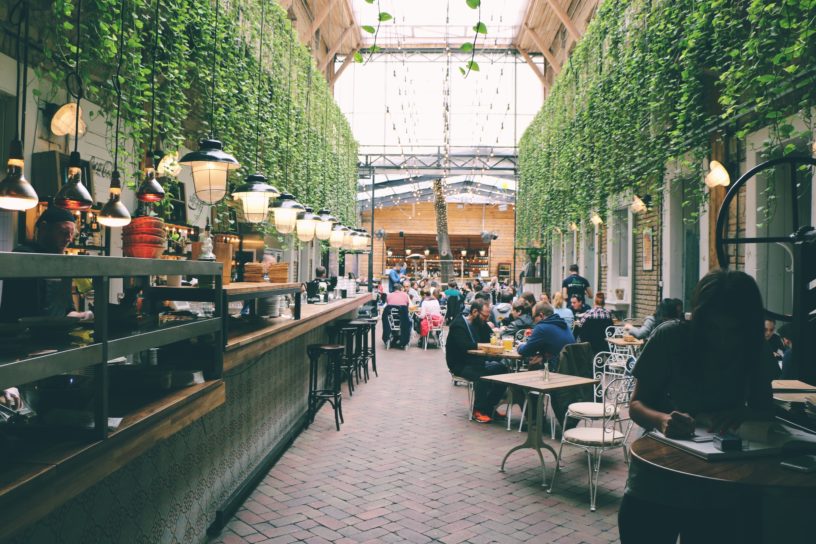 Paris’ 6th arrondissement is arguably the most charming zone on all of the Left Bank. It’s the district of royal gardens and riverside book sellers, & the two main neighborhoods are Saint-Germain-des-Prés and The Latin Quarter.

You can spend a full day in this arrondissement enjoying all of the things there are to see and do. You’re also going to eat some of the best foods in Paris, and the following are seven spots that I would highly recommend checking out!

Freddy’s ambiance is unmatched in this part of town. It’s a modern bistro that specializes in small plates and world class dishes.

For just €30 you can enjoy your choice of three or four dishes that one can only describe as a work of art. Your waiter will inform you on the procedure, and guide you toward the best meals to suit your individual pallet. 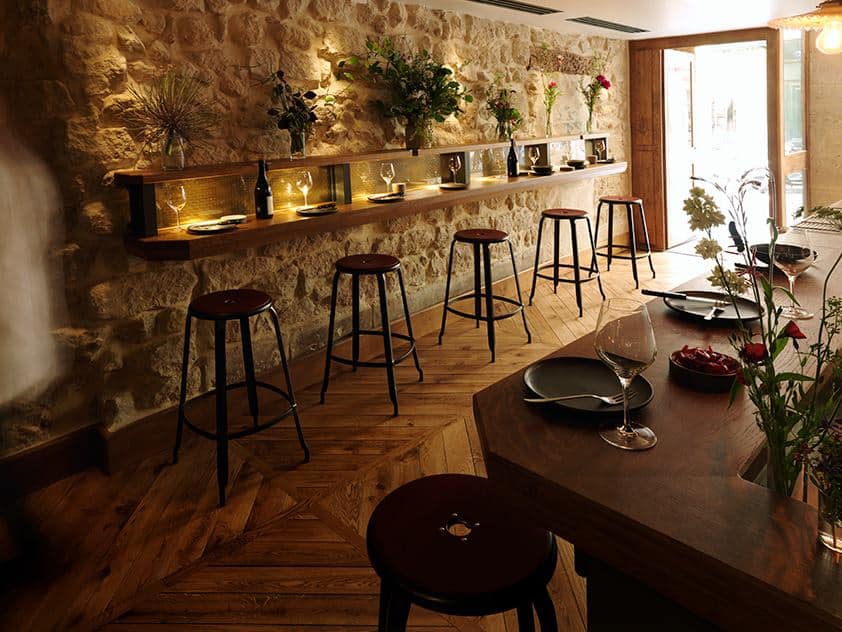 Freddy’s in Paris – by Freddy’s – Sourced from their Facebook

Don’t eat here without trying both the mushroom plate, and the aubergine. Yes, this is a vegan and vegetarian friendly spot, though the salmon could tempt even the strictest of plant eaters.

Dining late? For the 24 hour bistros in Paris, click here!

Situated in: The Latin Quarter

Savannah is about as low key as it gets within this neck of the woods. It’s a hole-in-the-wall with very limited seating, but its some of the most authentic Lebanese food you’ll find in Paris.

The owner is on the floor at all times, and will interact with you directly to ensure you have the best possible meal whist dining in his establishment. At Savannah, it feels like home; or a home you never even knew you knew, you know? 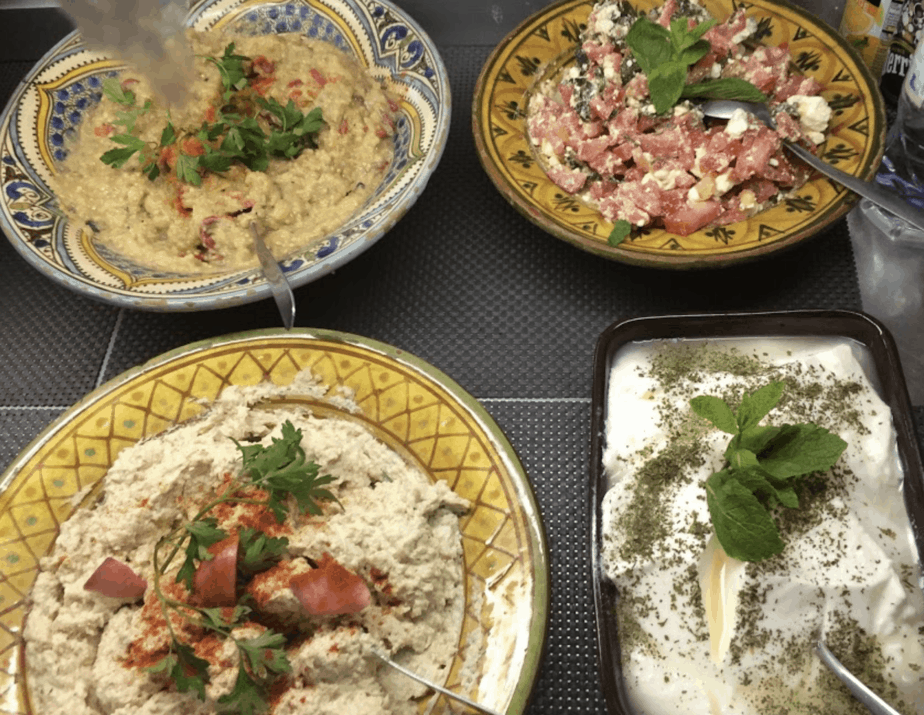 Tasting plates are the way to go when it comes to Lebanese dining. If you’re up for it, tell your waiter you’d like the full experience; a bit of everything.

Yes is traditional. And you’ll probably find the taste of some dishes you are used to vastly different. It’s a fantastic spot to try authentic Japanese, the way the people of the homeland enjoy it. There is sushi and a variety of mains & small plates. They also have imported beers from Japan.

Yen has one Michelin star.

Here’s where to eat sushi in Paris!

Lebanese is my favorite cuisine, and I’ve probably tried every restaurant in every arrondissement that offers it. This one in the 6th is called Cook’n Saj, and is another authentic option that never disappoints. 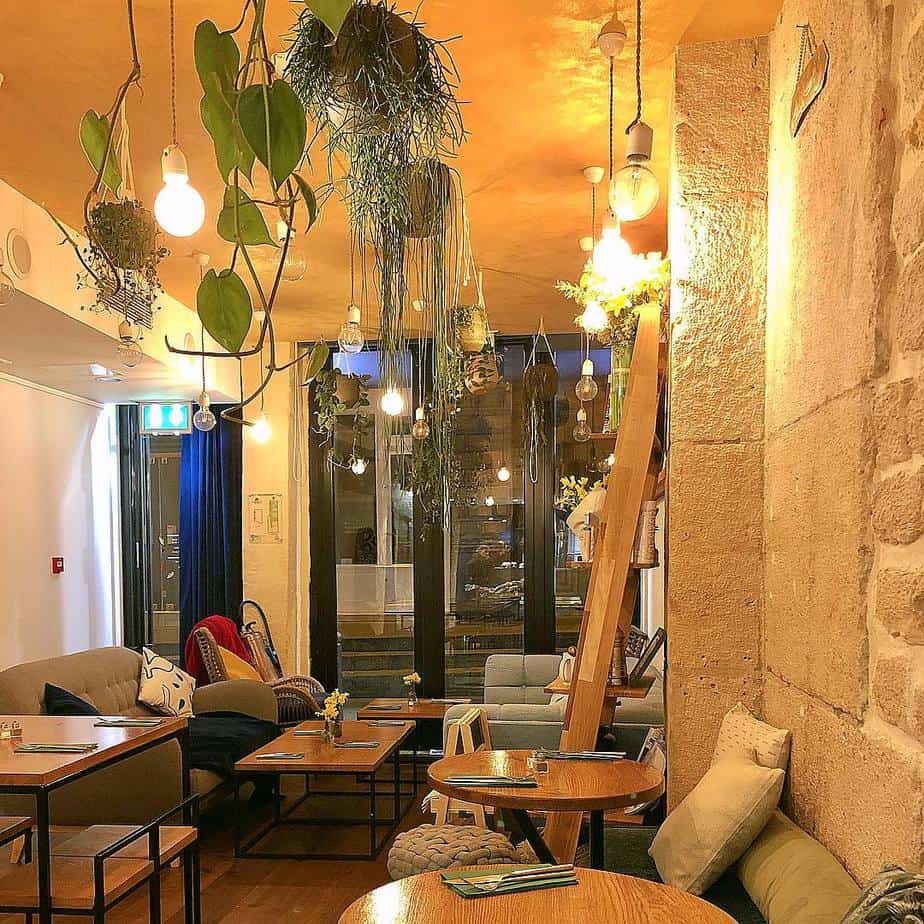 It’s a casual space with a few communal tables. The restaurant is known for making the traditional saj taouk (a Lebanese chicken sandwich), that can supposedly transport a person right back to Beirut if they’ve ever visited. It costs just €10 try, and is worth it if you’re a meat eater.

Lebanese cuisine is one of the most natural inclusive cuisines to vegans and vegetarians.

The 6th arrondissement is filled with cafes! Jozi Cafe is a short walk toward the Seine, if you’re coming from the Pantheon. You can sit at the outside seating and enjoy a view over this renowned monument as you dine. 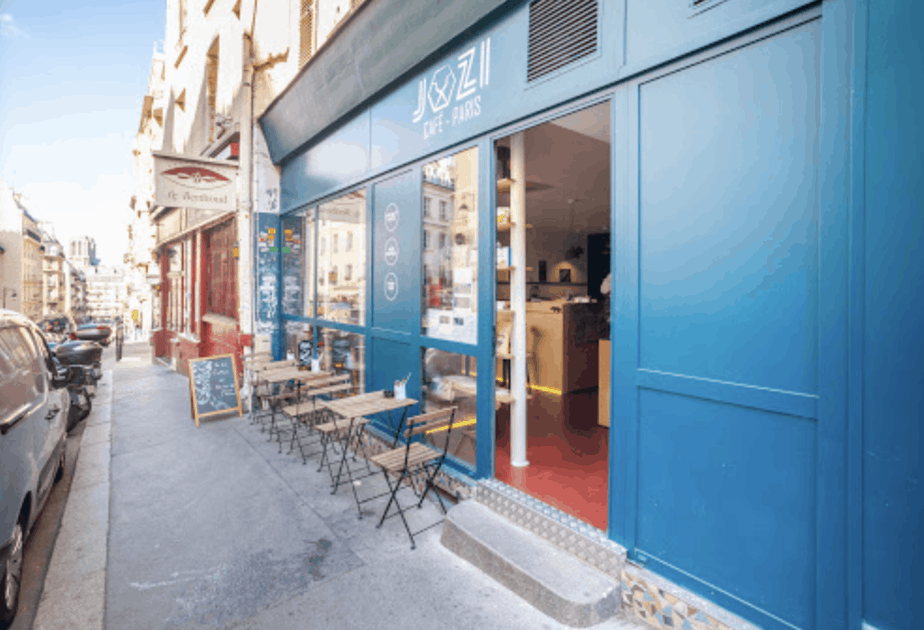 Jozi Cafe in Paris – by Jozi Cafe – Uploaded by them

For more great restaurants near the Pantheon, click here!

It’s a low-key spot where you can enjoy fantastic brunch options, homemade cakes, and high quality coffee.  I’m partial to the pancakes, which may be some of the best in Paris, and I also love a chunky avocado toast option at any hour of the day.

At Le Bar des Pres, the best of both Eastern and Western cuisines are mixed together in an array of dishes that I have no doubt you’ll find quite tantalizing.

The ambiance deserves a word of mention too, as the space takes you into a kind of escapism dark room, illuminated by mood lighting. 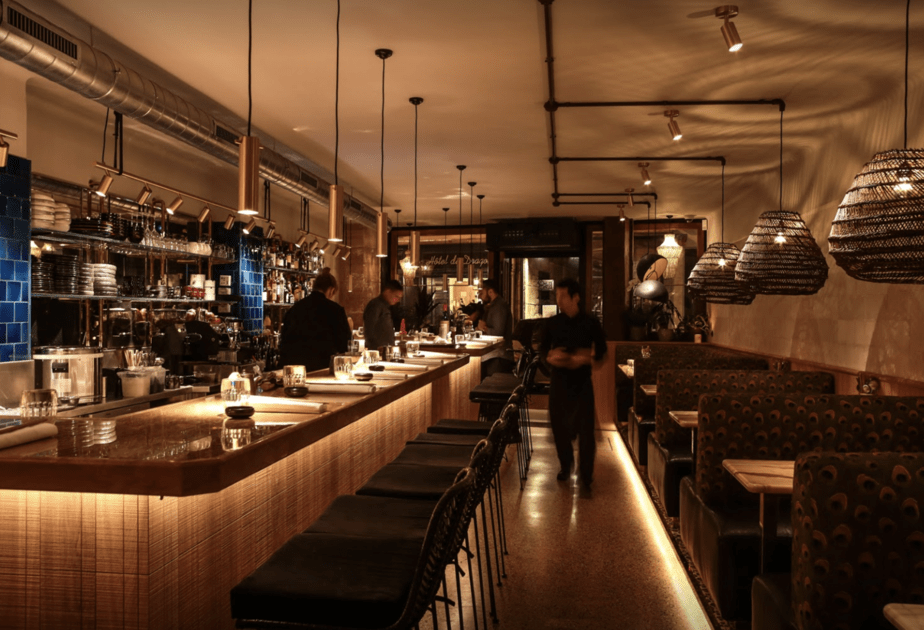 There are limited booths available for sit down dining. There are also a large amount of bar stools on offer for anyone who doesn’t mind enjoying the menu from where the food is being prepared.

If you can get a reservation at HEBE in the 6th arrondissement, count your lucky stars and don’t be late!

HEBE is fine dining but with the most creative, youthful twist I’ve yet to see in the French capital. The plates are colorful yet complex, sparking an interest in the pallet that is tangible. 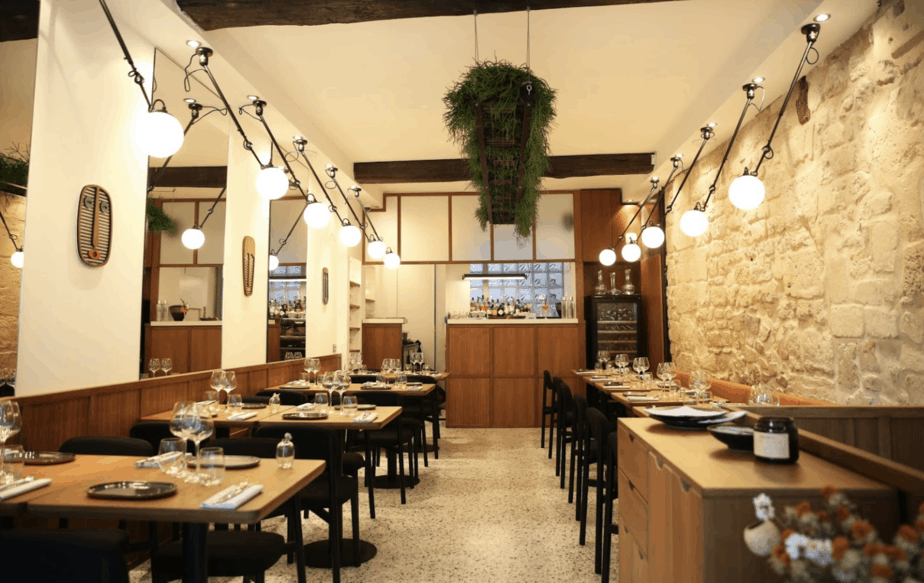 HEBE in Paris – by HEBE – Uploaded by them

For the quality of the food, and the overall dining experience, HEBE have kept their prices notably reasonable. Book in advance!