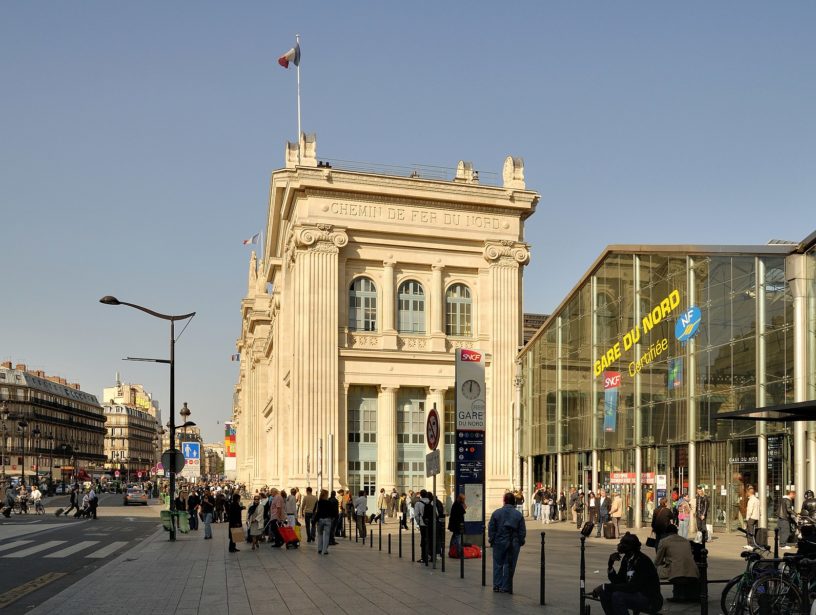 If you’ll be using the European railway systems to travel internationally to or from Paris, then you’ll become well aquatinted with Gare du Nord in due time. This is the facilitating station, and it connects travelers to both northern France, and regions such as Germany and the UK.

There aren’t many notable restaurants in this neck of the woods; most food here is very much on-the-go. But I do know a few great spots that are worth an early arrival time pre-train, giving yourself some time for a tasty sit-down meal.

Things to Do Near Gare du Nord Station

The Brasserie Bellanger is within walking distance from the exit of Gare du Nord. The facade makes it one of the most picturesque brasseries in all of Paris, in my opinion.

It’s charming, old school, and generally just one of the most enjoyable spots to dine in Paris. 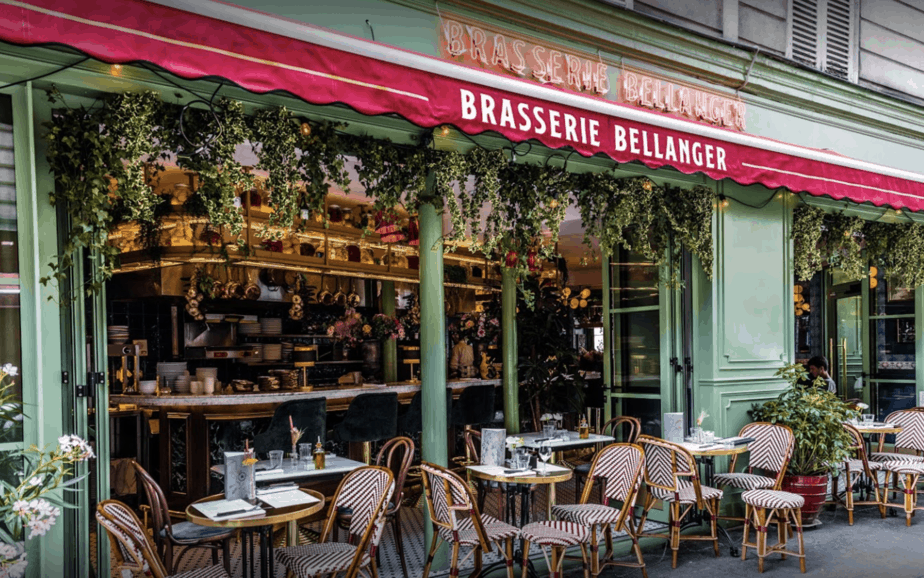 The menu is delightful and unexpected. Instead of the standard French cafe dishes, they offer a range of meats, poultries, seafoods and sides that put other brasserie competitors right to shame.

It’s well priced, and the service is great. Your really can’t go wrong with a meal here before a long international train journey.

Opening Hours: Monday to Sunday — 9am to 11pm

Another spot you can’t go wrong with a visit to, is the wonderful Chez Michel near the station’s southern exit. As far as atmosphere goes, you really can’t compare this to anything else in this district.

Nestled in an underground cellar, this is one of the quietest and coziest spots in all of the 10th arrondissement. You’ll be greeted by a wonderful hostess who will guide you through the space, and their set menu options. 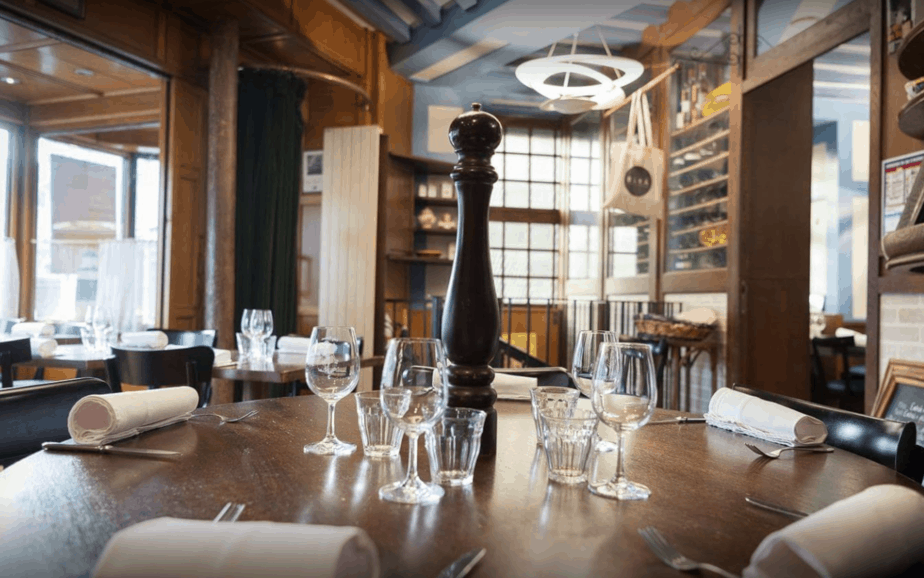 I recommend option for one of these, as the cuisine experience really is something worth going all in on. Find out why this is known as the neighborhood gem to the locals living around here.

Açaï & You near Gare du Nord in Paris

If you don’t have time for a full blown sit down meal before your train departure, I might suggest this cute acai spot near Gare du Nord!

Acai & You is a neighborhood health shop where you can enjoy some of the most authentic acai bowls in the city. In addition to this, they have other smoothie bowl varieties and an array of health foods and their homemade granola. 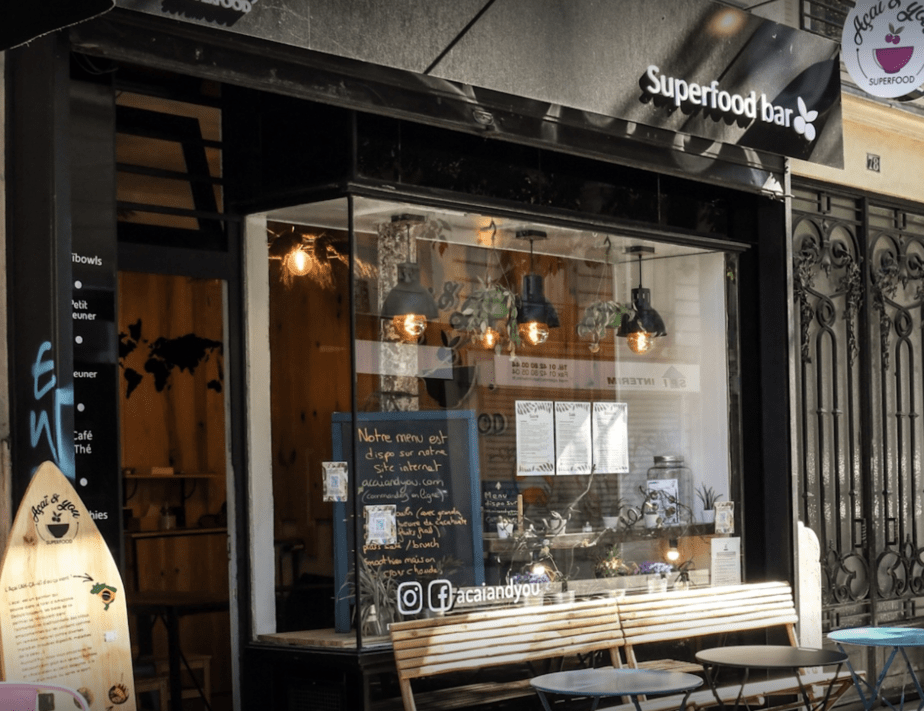 The only downside to this tiny establishment is that there is no bathroom available for patrons. Keep this in mind if it is your goal to use one pre-travel.

Where to Eat the Best Acai Bowls in Paris

This spot is a little “off the beaten track” when it comes to typical cuisines of this part of town.

It’s a Turkish establishment, and Les 4 Feres Bedri make some of the most traditional and authentic shawarma and kebabs you’ll find anywhere in France. 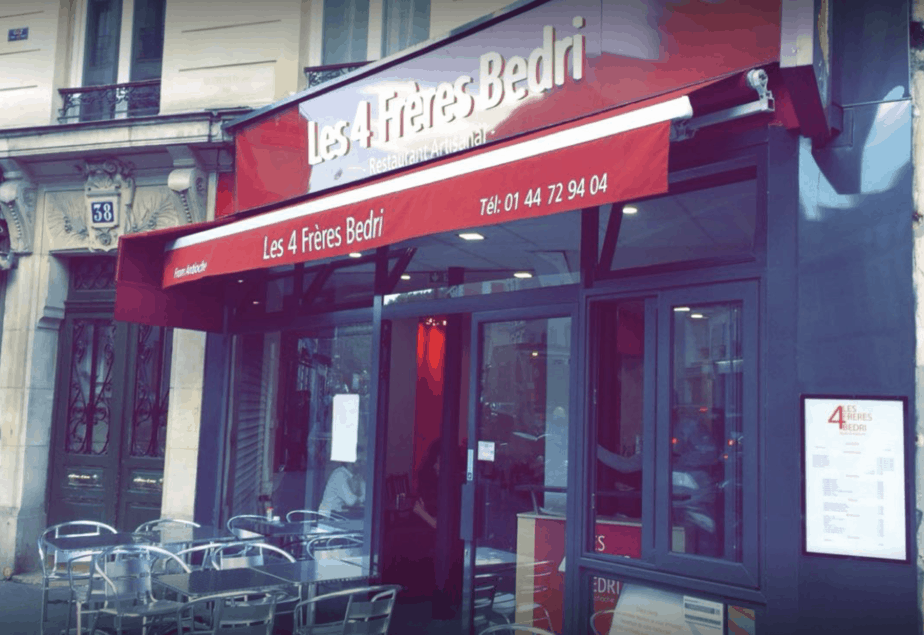 It’s low key, it’s quick and it’s tasty; just what you need before entering into the chaos that is Gare du Nord station. I actually like to recommend that anyone traveling internationally, grab a takeaway portion of food to take with on the train. You’ll be grateful you did once you see the very underwhelming food options aboard some of these locomotives.

Opening Hours: Monday to Saturday — 11am to 10pm

For many, Abri turns out to be one of their best meals they have in all of Paris — and ironically, it’s usually their last!

Here, you’ll be treated to a set menu at €28 a head. This includes 4 courses, and meals that will leave not only your belly satisfied, but your eyes as well. The cuisine is Japanese French fusion, and for €28 you really do get a bang for your buck.

If you’re feeling particularly adventurous and want to taste more of what the chef has to offer, you can opt for the 6 course option at €60. 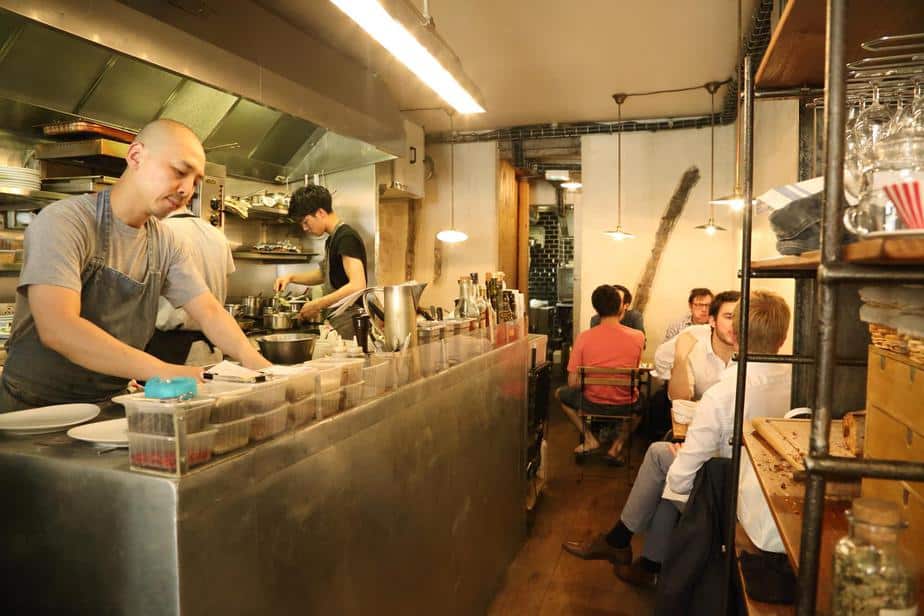 At Abri, reservations are absolutely necessary, as there are only 20 seats in the entire place. So don’t leave this until the last minute!