Best European Cities to Visit by Catching a Train from Paris

Best European Cities to Visit by Catching a Train from Paris

Paris’ picture perfect location in the very heart of Western Europe makes it an ideal starting point for international travel.

From Paris, one can get to a handful of other major cities via the intricate train systems that connect the continent. Have the following few on your radar when planning your moves.

The Netherlands and France would be bordering neighbors were it not for a little bit of Belgium separating them.

Amsterdam is the Netherlander capital, and it’s one of the hottest travel destinations in all of Europe. Known for legal marijuana and a thriving red light district, Amsterdam brings in millions of visitors each year, all looking too be part of the fun. 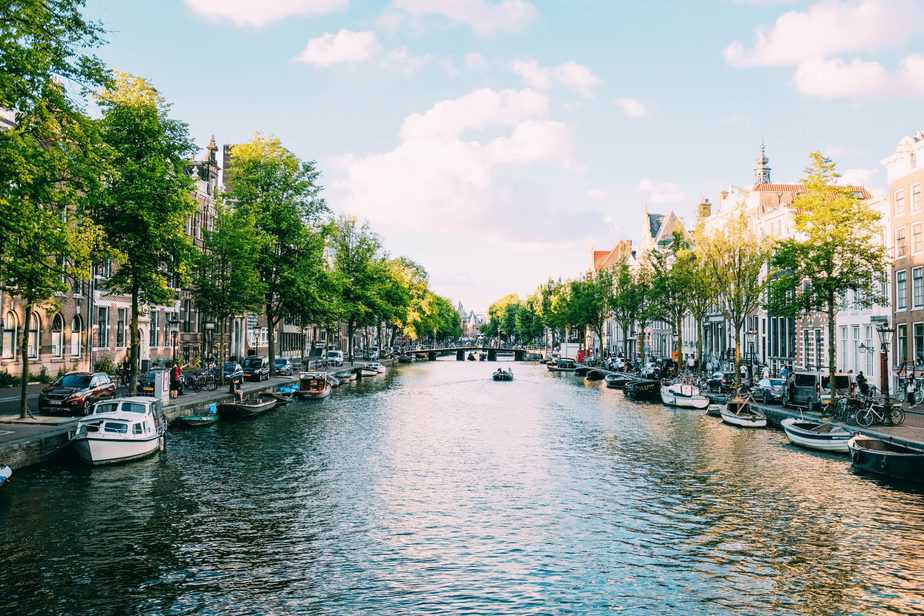 Amsterdam is also a cute rich in history, particularly the remnants of World War II. Museum culture is very much alive here and you’ll spend your days biking from attraction to attraction.

I find both Paris and Amsterdam to be incredibly charming cities, but for different reasons. Paris is a romantic, whimsical kind of charm while Amsterdam is more practically alluring. Both hold very different energies that become tangible as you move between them. 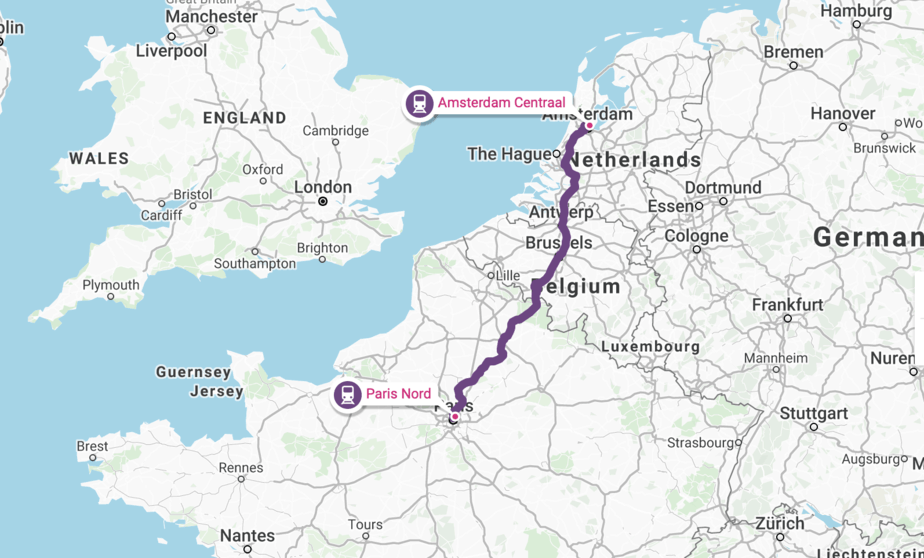 Paris to Amsterdam is a quick and easy journey. The direct train ride takes a mere 3 hours in total, however you’ll arrive at Amsterdam’s airport and still need to catch the metro into the city center. Add roughly 25 minutes for this.

Should you wish to stop off in Belgium en route, there is a train with a stop in Antwerp as well.

For more information on traveling between Paris and Amsterdam, click here.

Looking at Western Europe, France and Germany definitely take up an overwhelming portion of the land mass. There are over 1000km between the capital cities, so this is not a suitable journey for a day trip. 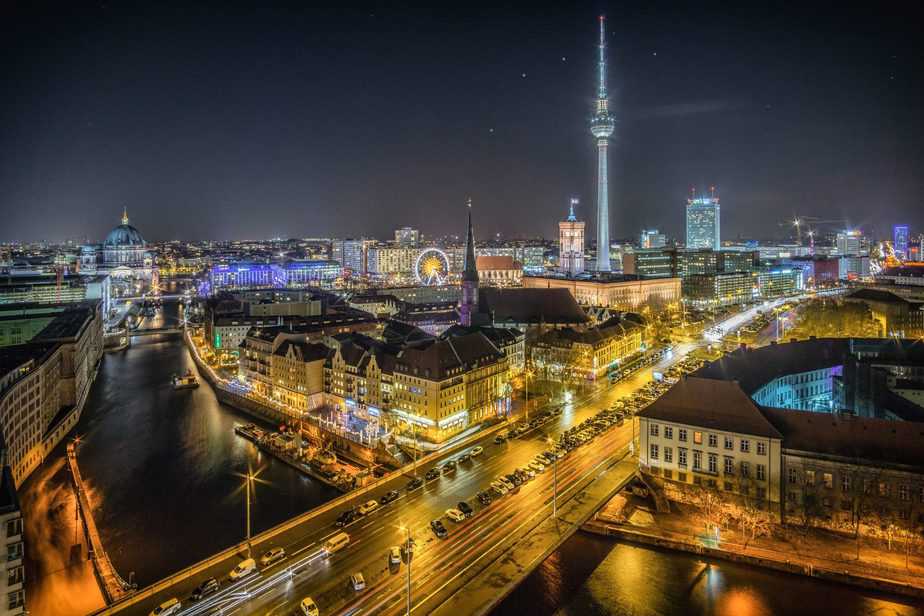 Berlin is another tourism hotspot for the continent. It’s become the unofficial hub for contemporary arts, especially in the field of music, and as a result has transformed into a cultural melting pot for people from all over the world.

Berlin and Paris are very different. Berlin is rugged, colorful and loud. Paris, as we know, is dainty, sleek and quiet (for the most part). Combining these two cities into a single trip gives you a unique, contrasting experience of what level of diversity Europe has to offer. 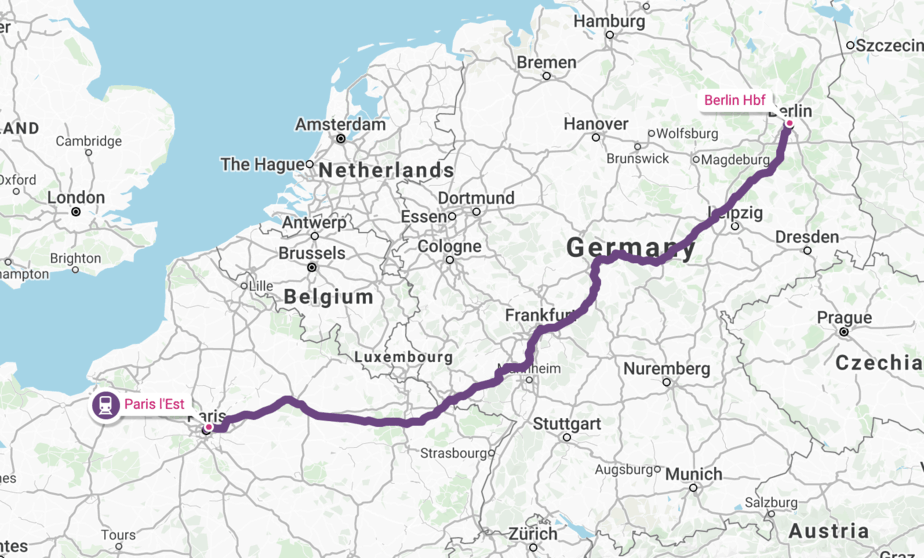 The direct trains from Paris to Berlin are lengthy journeys that take over 12 hours to complete. There is a second line that operates in under 8 hours, with a stop and train change in Frankfurt.

For more information on traveling between Paris and Berlin, click here.

Most people are pleasantly surprised when looking at a map and seeing how close Barcelona lies to the border of France.

Situated on the far north of the Spanish coast, Barcelona almost touches the southernmost boarder of France. There are about 1030km between them, and the journey will take you right through the entire length of France, top to bottom.

What’s wonderful about both Barcelona and Paris is that they exist in their own dream-like characters; Paris in its Haussmann whimsy, and Barcelona in Gaudi’s surrealist dream-scape. 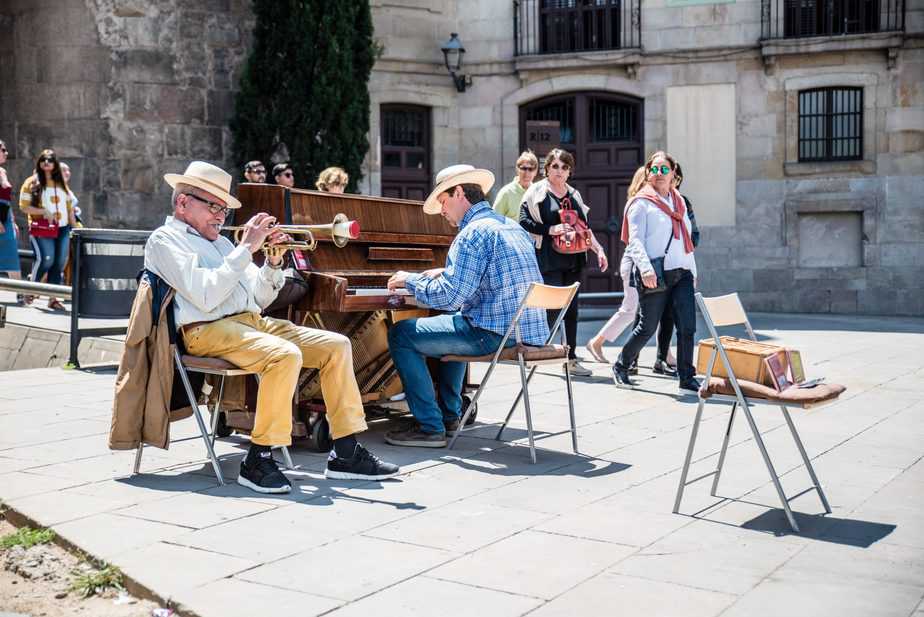 Foodies would do well to combine these two cities during a single vacation, as both are hubs for phenomenal local and international cuisine.

Thanks to new high speed lines that serve the Paris to Barcelona route, there are a variety of travel durations on offer to cover those 1030km. The fastest train option can get you to Barcelona in just 6 hours and 30 minutes, while a second line operates in 8 hours and 25 minutes. 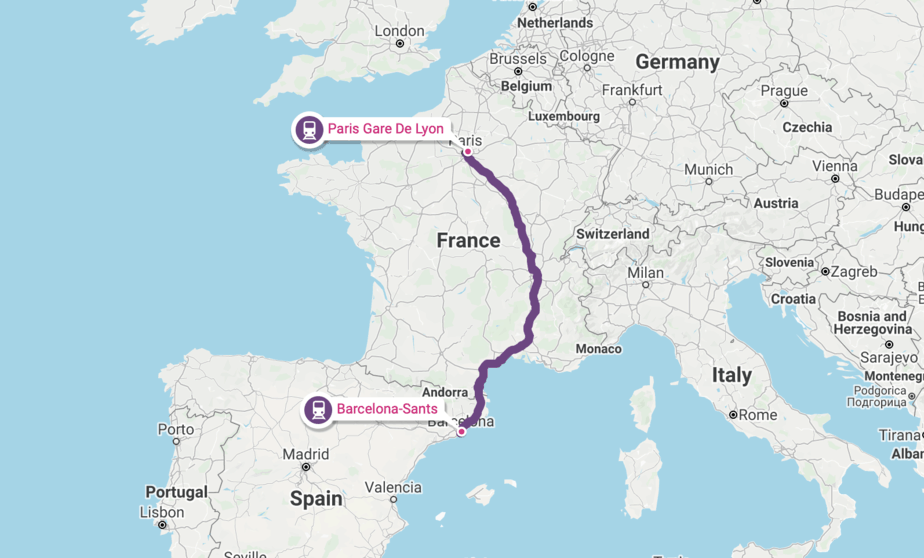 Steer clear of the 18 hour journey that stops in Perpignan for 11 hours (unless this is somewhere you’d like to explore for half a day). Also note that once in Barcelona you can quite easily get to Madrid via a second train ride.

For more information on how to choose between Barcelona and Madrid, click here.

Despite being separated by the broad English Channel, Paris and London are close neighbors with just 460km between them.

This short distance actually makes London a plausible destination for a day trip from Paris, provided you can get onto the fastest train. 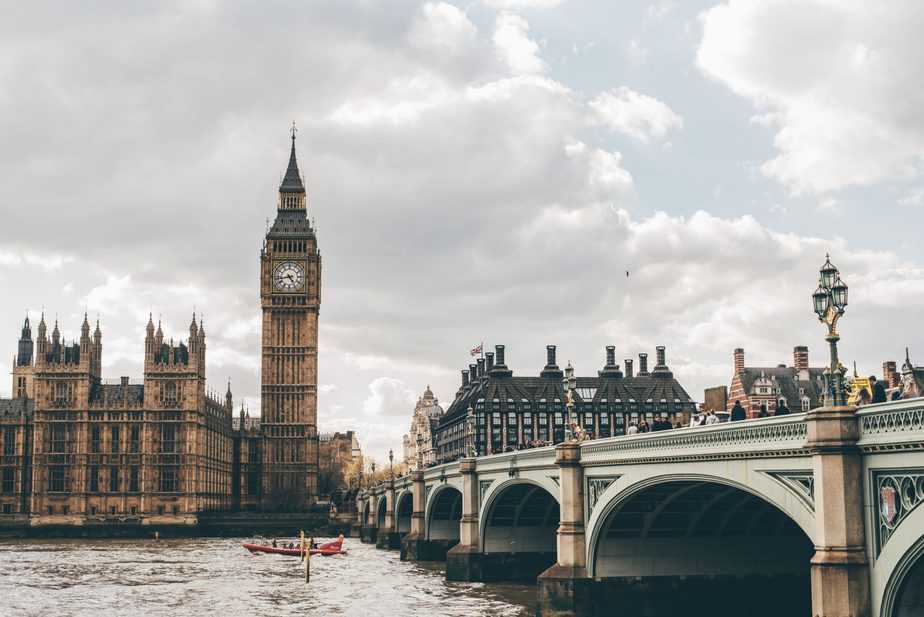 Since the UK is no longer technically part of the EU, traveling from Paris to London is going to become a much more popular journey thanks to the Eurostar that already connects the two lands by running under the water of the channel.

For a day of exploring the English capital, catch any of the 14 daily trains on offer. The journey takes no longer than 2 hours and 30 minutes one way. 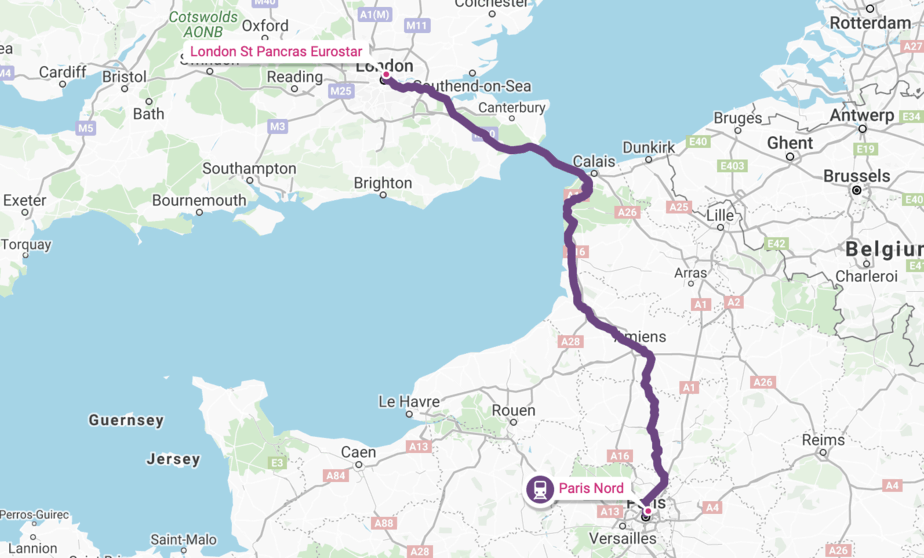 Don’t forget that in spite of being closely situated, Paris and London have vastly different climates and you’ll need to prepare adequately for the change in temperatures year round. Always have a raincoat or umbrella handy when visiting London — thank me later!

For more information on traveling between Paris and London, click here.

France paired with Italy makes for a dream European getaway. While Rome would be first on my list when choosing cities to visit, it’s unfortunately a bit too far for a train trip from Paris and I would recommend flying instead.

Milano, however, sits not very far inland from where Italy and France join boarders in the south. 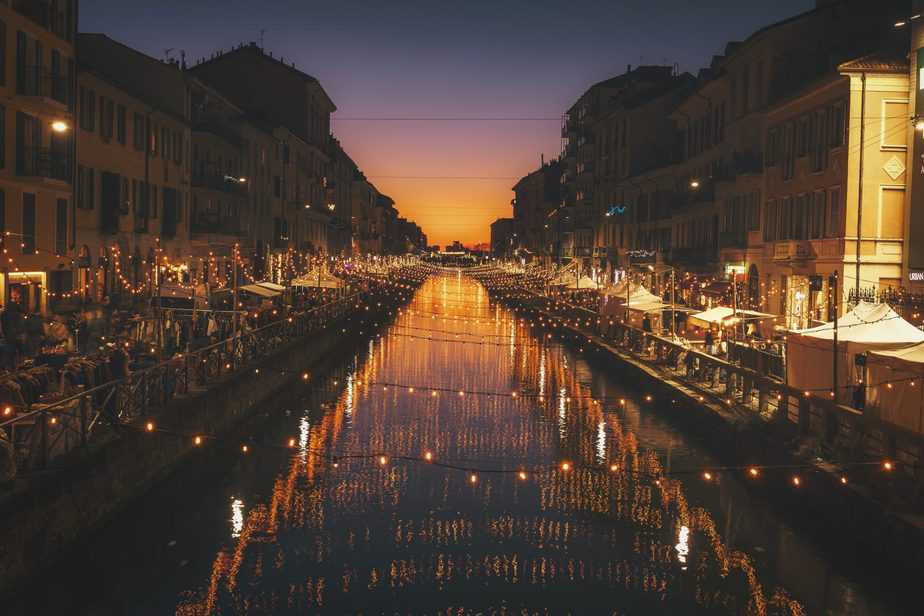 There are a few daily trains from Paris that will get you to Milan in just over 7 hours. Give the distance, this is an efficient trip and you’ll get to see the majority of the French countryside en route, as well as the beginning of Italy’s own natural scapes.

Milan and Paris have a lot in common. Not only does a lot of their architecture hold similarities to the other, they are also both fashion capitals of the world. During fashion weeks you’ll find the train routes booked out by attendees needing to make their way between the two cities with ease. 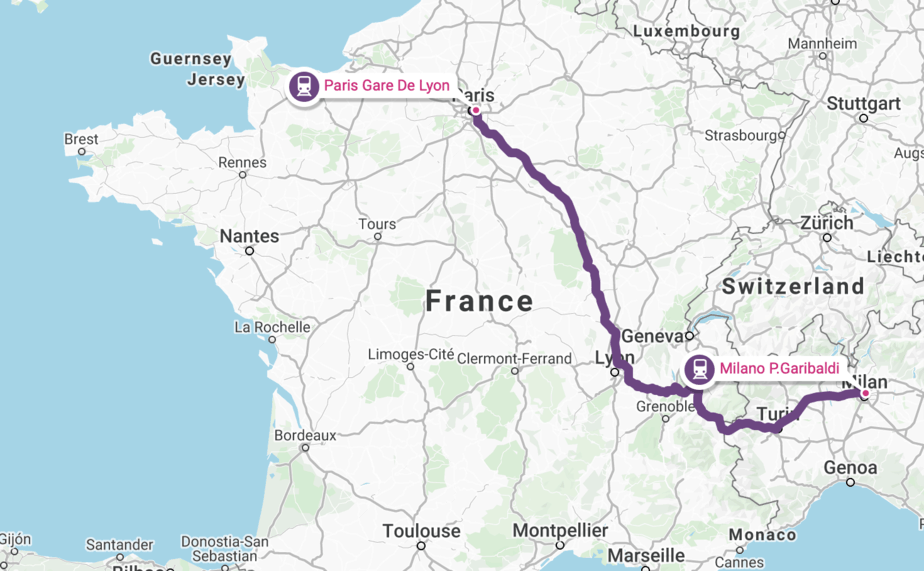 From Milan you’ll also be able to easily catch a second train through to Rome if you so desire.

Brussels is the capital of Belgium, and it holds many similarities to Paris including language and gastronomy. In fact, a lot of French locals who can’t handle life in the big city opt to relocate to Brussels due to how much smaller it is and the ease with which they can fit into daily life. 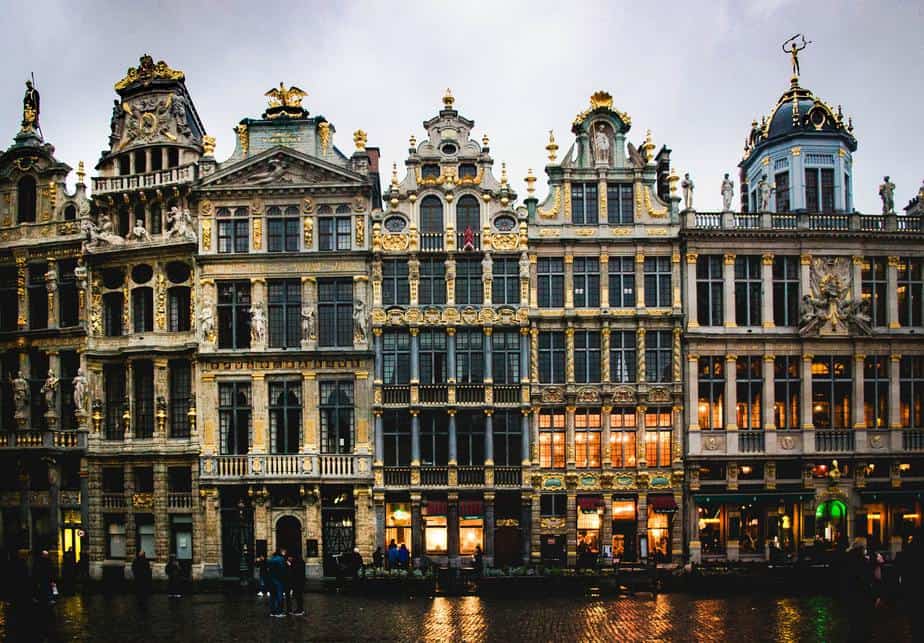 Paris and Brussels are incredibly close to one another; there are only 300km between them. This makes Brussels a popular day trip for travelers in Paris who want to get a taste of what Belgium has to offer while in Europe.

The train ride takes just an hour and 22 minutes; that’s faster than getting from the Left Bank to the right in rush hour traffic. 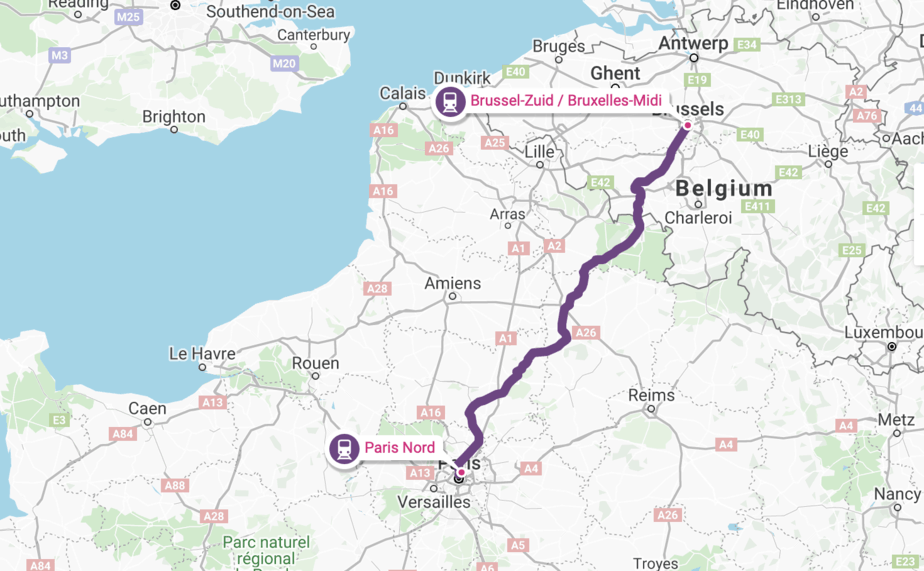 If you are opting for a day trip, try to catch the earliest train and get yourself into the center in time for breakfast. The first train to Brussels departs from Paris at 6am, daily. And the last train back to Paris departs Brussels at 9pm, nightly.

For more information on traveling between Paris and Brussels, click here.

Living in Europe, I’ve become a preachy believer in the notion that any opportunity to visit Switzerland should be grasped tightly with both hands.

Switzerland is a mountainous terrain comprised of vast lakes, valleys and natural wonders. Catching a train anywhere in the country is an act of relaxation and escapism in itself. 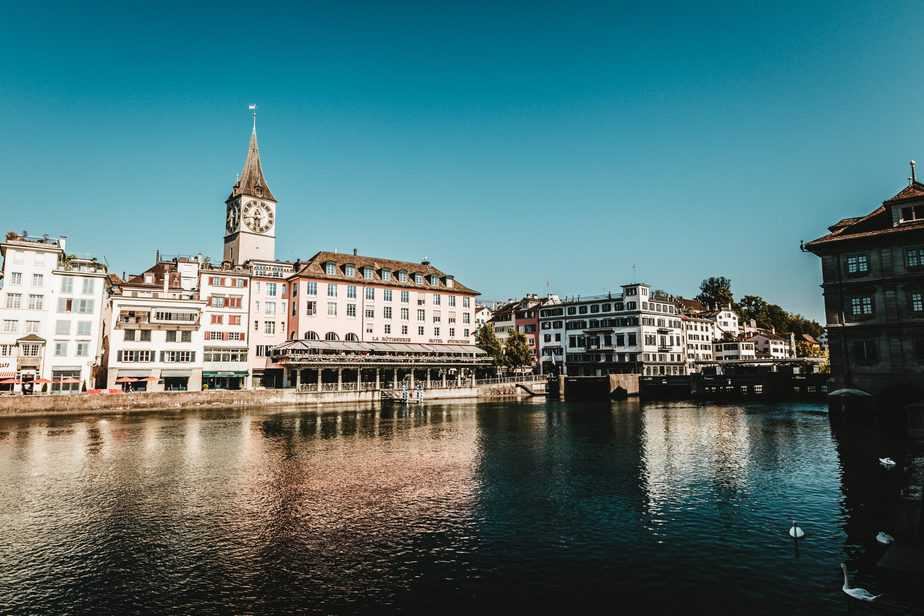 Summer or winter, rain or shine, there is nothing in Europe that quite compares to this unique landscape and natural beauty. Zürich is not the capital, but it is one of the most important cities in the country with a population of close to 400,000 people.

I love Zürich for it’s picturesque city scape that nestles around the Limmat River. There is also a lot of medieval history here, and the remnants of this can be seen in a lot of the surviving architecture. 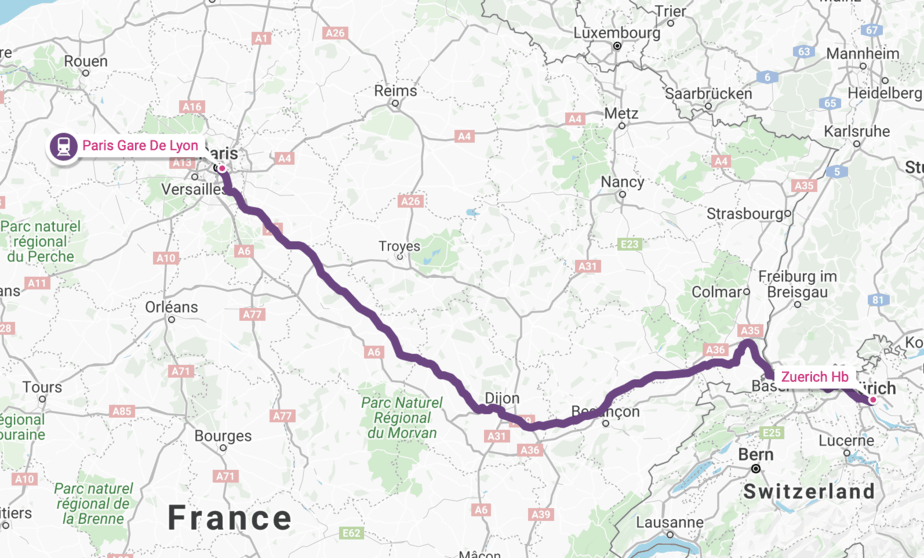 You’ll be able to climb to the top of the Uetliberg and absorb breathtaking views over the city and the Swiss Alps in the distance. This is bucket list stuff for sure, and it’s accessible via a short train ride from Paris’ Gare de Lyon daily.

The train from Paris to Zürich is direct and takes just 4 hours in total. If you leave early enough, this is totally doable as a day trip if you don’t have enough days to spare for a full  getaway.

Astounding to think that one can travel 6 and a half hours directly south and still be in France. This is the journey from Paris to Monaco, the seaside city on the southernmost coast of the French Riviera. 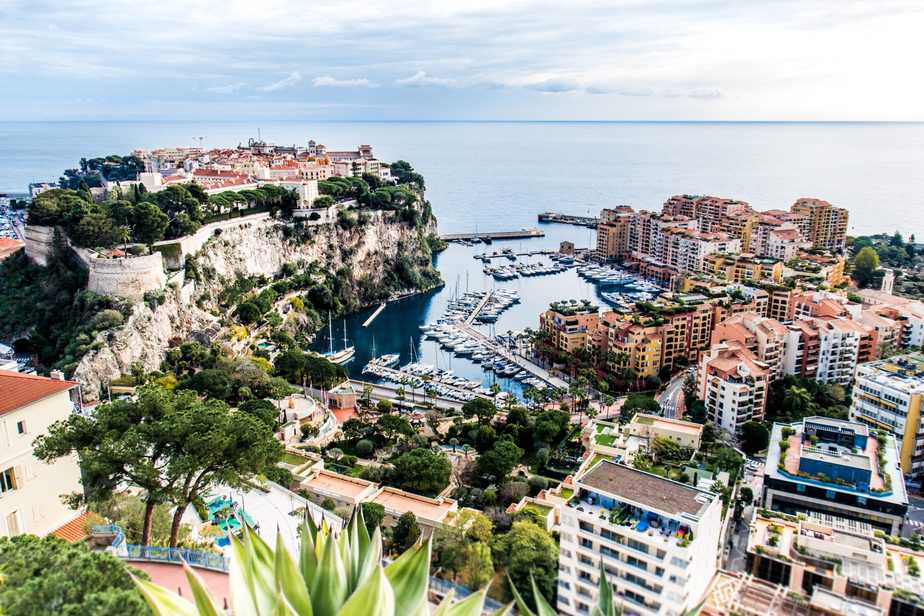 This is considered a luxury getaway in France, and vacationing here is very different to anything you’ll experience on the coastlines closer to Paris. Everybody in Monaco is either somebody important, or pretending to be somebody important.

This part of France also has a much milder climate compared to the north. It’s pleasant year round with temperatures in winter rarely dropping below 8°C, even at night. 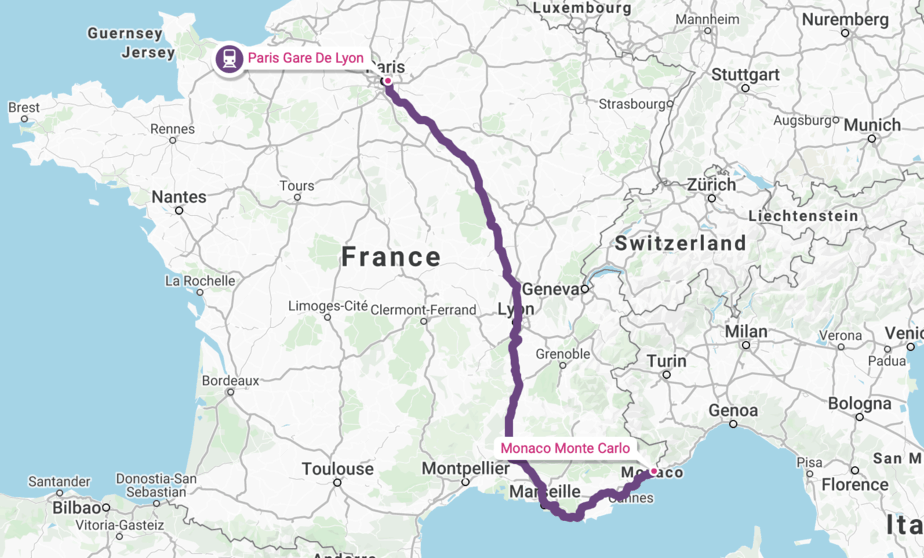 As mentioned, the train journey directly between Paris and Monaco takes 6 hours and 30 minutes, with certain lines requiring an additional 30 minuets due to added stops.

For more information on traveling between Paris and Monaco, click here.

Luxembourg is the tiny country situated between France, Belgium and Germany. It’s so small, in fact, that Luxembourg is both the country and the capital city all in one.

Because the joinery from Paris into Luxembourg takes just 2 hours by train, a lot of people visit as a day trip. 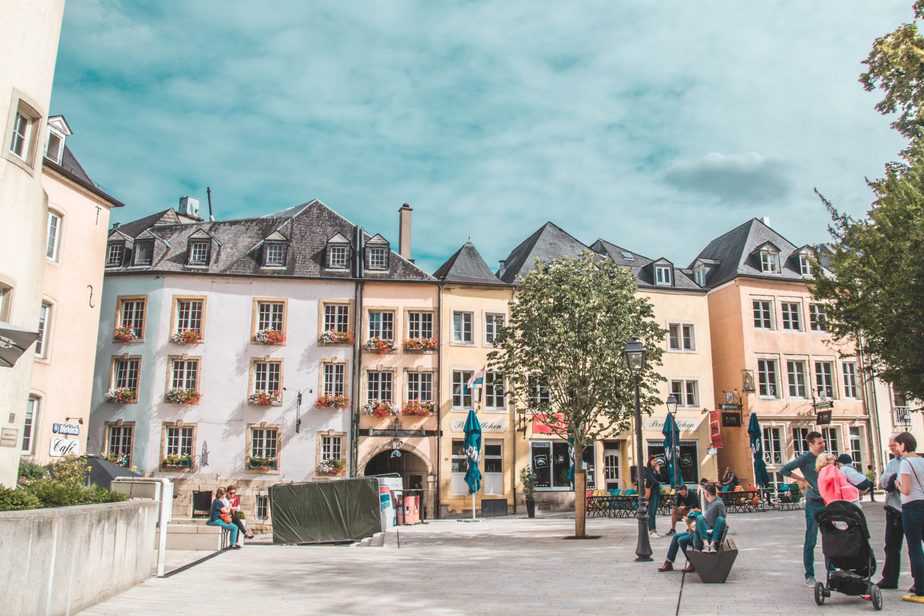 Thanks to its size, it doesn’t take very long to explore Luxembourg at all. A full day is plenty of time to see the most important attractions and explore a museum or two. The city is famous for being home to some of the most iconic artworks in the world.

In Luxembourg, the people speak French, German and Luxembourgish, which was officially recognized as a language in 1984. 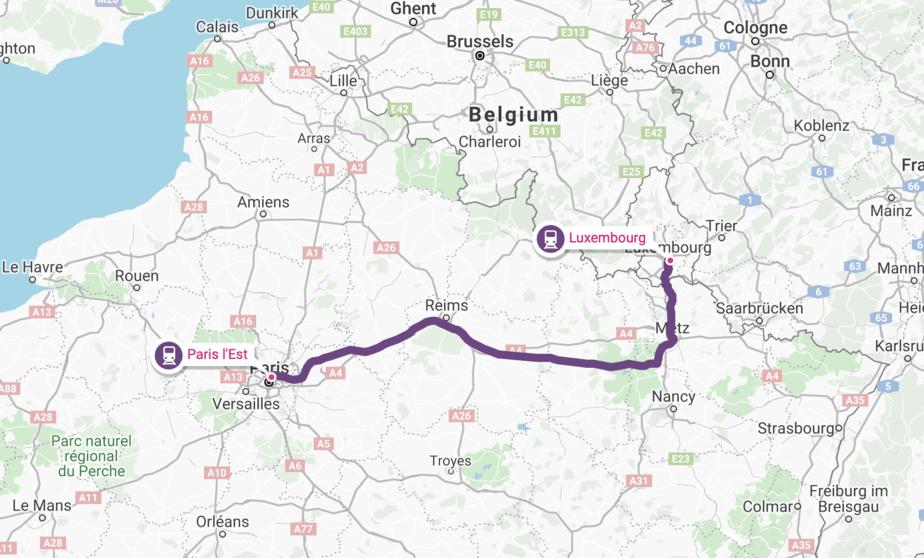 It’s an easy city to visit if you’ve already been to either France or Germany, as there are many similarities spanning from the people though to the cuisines.

Wherever you roam in Europe, always remember that this unique continent offers some of the most accessible and safe terrain for ground level exploration. Almost all European cities are best explored on foot, which is why the popularity of free guided walking tours are spreading like wildfire.

Find one in your destination city today and book your spot!