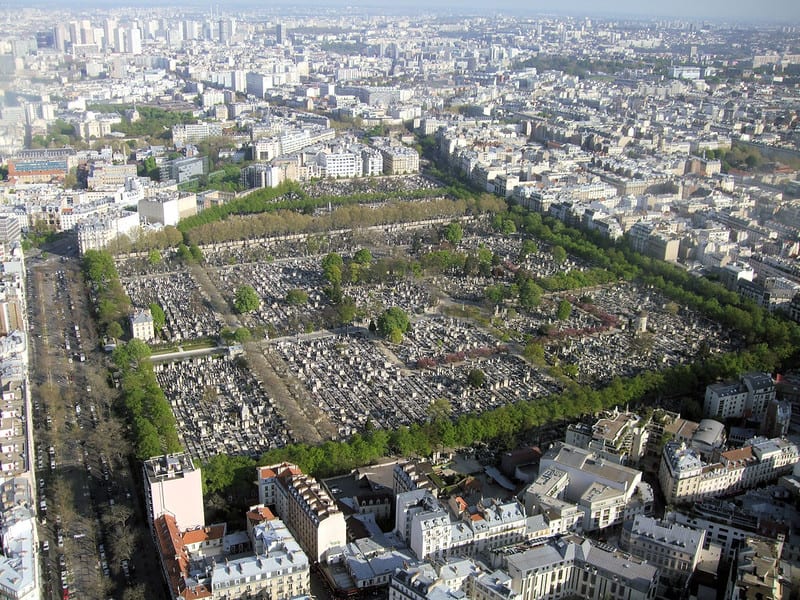 It takes but a few days in Paris to figure out that the city’s cemeteries are some of its most notable attractions.

This is because Paris’ cemeteries were created with intent and careful consideration for aesthetics. They are known as ‘garden cemeteries’ and are amongst the most beautiful of their kind in the world.

Garden cemeteries are burial grounds where nature is as much of a feature as the tombs themselves. They usually feather lush greenery, which makes them a walk in the park — literally! 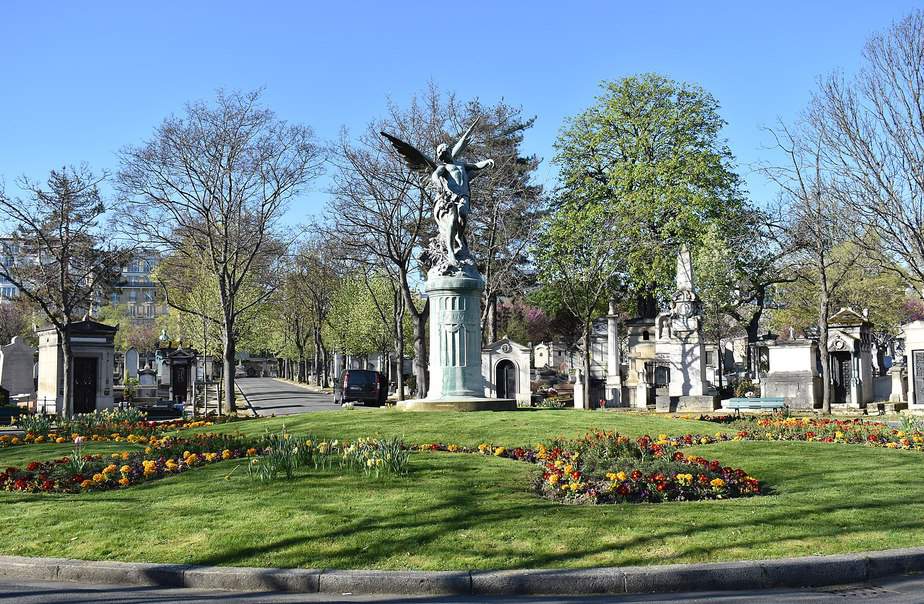 Where is Montparnasse Cemetery?

Montparnasse Cemetery is Paris’ garden cemetery of the south. It is the second largest cemetery in the city, after Père Lachaise of the east.

In terms of arrondissements, Montparnasse falls into Paris’ 14th (75014). This part of town is not seen as particularly interesting to tourists, and it’s the cemetery and Montparnasse Tower that are responsible for most of the visitors who come through.

In fact, the cemetery itself lies directly between the Montparnasse Tower and the Paris Catacombs; another major attraction that had to be closed for a few years after being vandalized.

To discover the secrets of the Paris Catacombs check out this article!

To find out more about the Montparnasse Tower before your visit, read this! 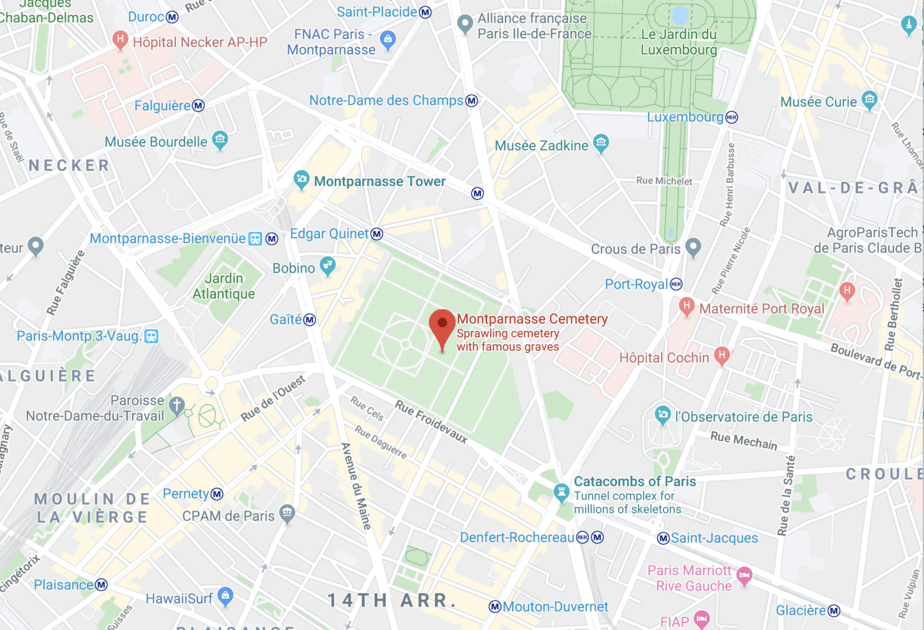 A Brief History of Montparnasse Cemetery

Prior to the French Revolution, there were a recorded 52 cemeteries scattered across the city of Paris. A lot of them were shallow graveyards attached to the city churches, and between 1785-1788 the government began slowly digging them up.

They were posing health threats to the people of Paris, and changes needed to be made regarding burial infrastructure throughout the city.

It was Napoleon I who first ordered the design and construction of four significant cemeteries stationed at the cardinal points of Paris. One in the north, one in the south, one in the east and one in the west. 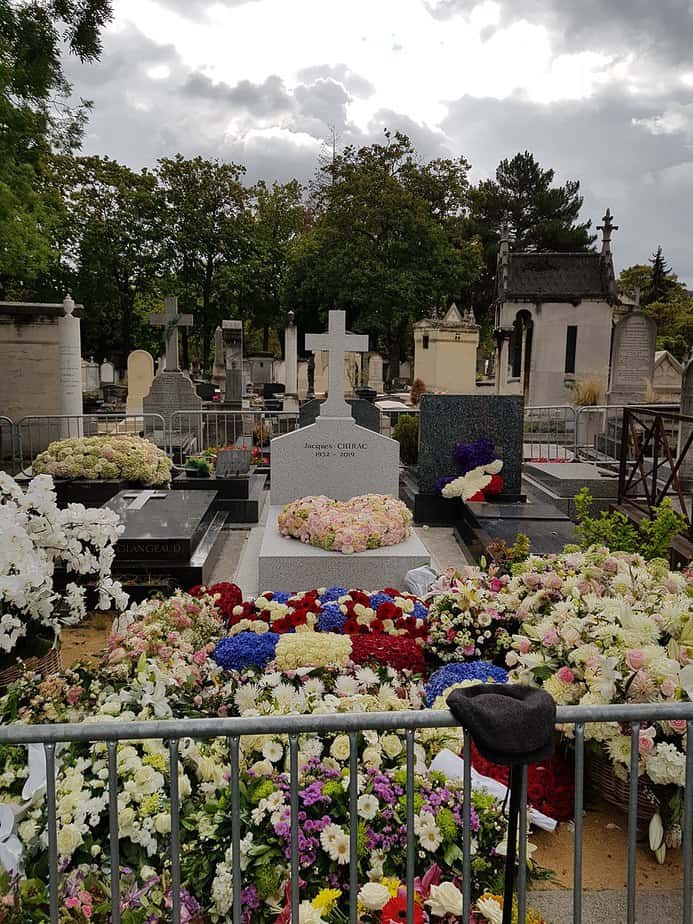 The cemeteries were to be grand, aesthetically beautiful and rich in natural foliage. The first cemetery was constructed in the far east. This was Père Lachaise Cemetery and it remains the biggest of the bunch.

Following the successful creation of Père Lachaise, landscaping began on the next cemetery: Montparnasse of the south.

It was to be half the size of the giant Père Lachaise, but to exhibit more plant life than its counterpart of the east.

Montparnasse used to be Paris’ richest neighborhood in terms of struggling artists and writers. That is before they all moved up to Montmartre in the north. 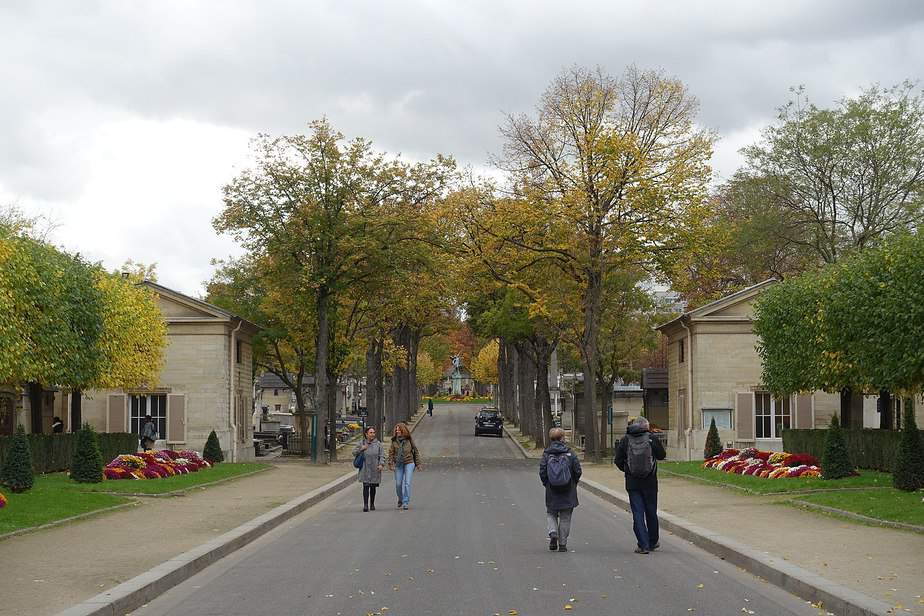 Something interesting to note is that all the remains that were dug up in during the initial phase of city remodeling, were eventually laid to final rest in the Paris Catacombs, just a short walk from Montparnasse Cemetery.

Who is Buried at Montparnasse Cemetery? 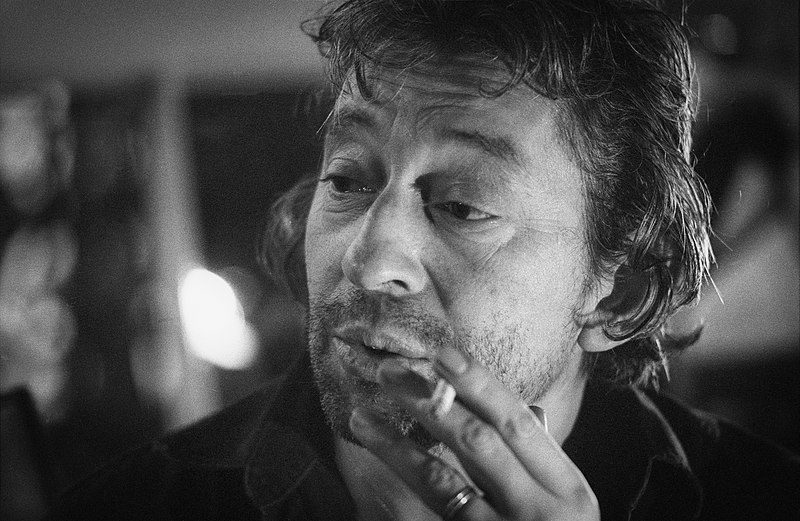 There are 35,000 graves at Montparnasse Cemetery.

Amongst them, you’ll find the tombs of Samuel Beckett and Serge Gainsbourg. Beckett known for his writing, and Gainsbourg known for his incredible contribution to the music industry in France.

One grave that is hard to miss is that of Marguerite Duras. Her site features an array of pens sticking out from the ground. Fans and loved ones plant pens in honor of her work as a novelist, playwright and screenwriter. You might recognize her by her film Hiroshima Mon Amour.

The graves you can visit in Montparnasse are a lot more indie-classified compared to the others across Paris. Only individuals with in-depth knowledge of the historic/specialized arts will recognize these residents; while in other parts of Paris the common-tourist might prefer to visit Oscar Wilde (Père Lachaise) or Claude Debussy (Passy Cemetery).

Interestingly, in the earlier years, Montparnasse Cemetery became the burial ground of choice for immigrants who passed away while on French soil. Paris has always been a melting pot for people from all over the world, and the south in particular became home for many incoming communities for the past two centuries.

As mentioned, the cemetery lies between the Montparnasse Tower and the Catacombs of Paris.

Both of these are considered major attractions to the city, so a visit to either or both would be a great joint excursion along with the cemetery.

Montparnasse is also home to the Paris Observatory. You’ll have to check the specific hours of operation for this spot as they are not open daily.

The Cartier Foundation is also a short walk from the cemetery. Here you’ll find a center for contemporary art as well as a museum for the same subject.

The south of Paris also happens to be home to the largest Chinatown in Europe. This district is open to visitors year round, and is a complete culturally anomaly that will transport you right into the heart of China throughout the streets.

The immigrants who founded this community arrived in Paris in the 70s, after fleeing from the Vietnam War. The skyscrapers you’ll see across the skyline were vacant at the time, and posed the perfect place to set up camp and build a new life outside of Asia.

There is much to be said about the way in which these communities effortlessly exist within the customs of France, without every forgetting the customs of their own.