A Visit to Les Grands Voisins: A Hospital Revisited 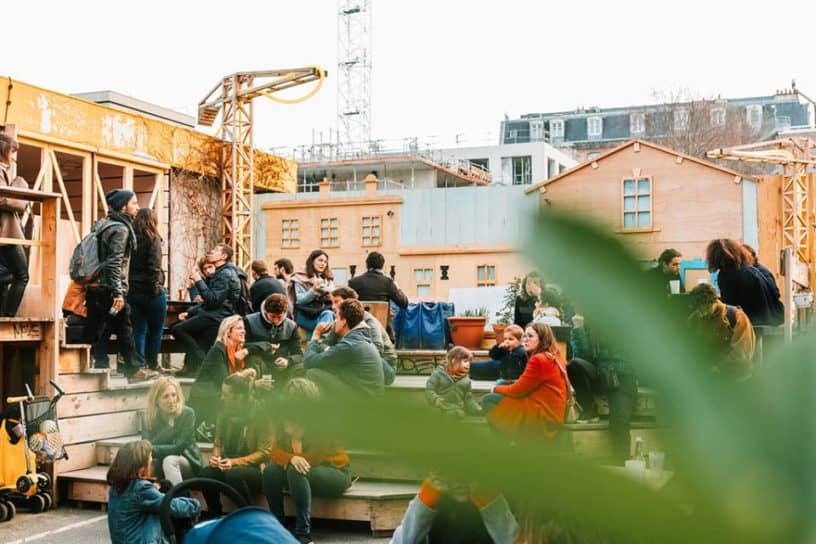 A Visit to Les Grands Voisins: A Hospital Revisited

Something that I think Paris continues to master as the years go on, is its ability to maximize space throughout the city. My very first apartment in Paris was just 9m2. Something that may be unheard of in the United States or elsewhere, suited me just fine and I was happy to have a roof over my head for the 2 years that I lived there! That’s making use of what you’ve got, people!

In 2012, the Public Hospital of Paris moved out of one of the oldest medical centers in the city. Then, in 2015, a group emerged that wanted to make use of the recently abandoned Saint-Vincent-de-Paul hospital. Les Grands Voisins was born! The project was headed by several different groups that wanted to do something to give back to the community. Keep reading to take a visit to Les Grands Voisins in Paris! 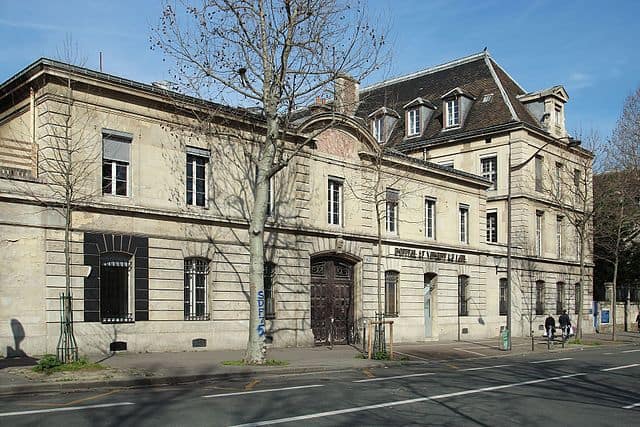 As I’ve already mentioned, the Public Hospital of Paris closed the doors of the Saint-Vincent-de-Paul hospital in 2012 in order to move it’s services elsewhere across the city. The hospital was created way back in 1796, and was formally called the Hospice des Enfants-Assistés, or, the Assisted Children Hospice. The hospital was comprised mostly of maternity and paediatric services.

By 2015, the hospital remained abandoned for 3 years. The City of Paris knew that they wanted to eventually use the space to created affordable housing, but plans to begin construction weren’t set to begin until at least 2017. Rather than wasting the space, a team of 3 organizations banded together to see what they could come up with!

The group was able to convince the city to let them occupy the space rent free, which permitted them to then rent out workspaces for really low prices. They installed a bar and a restaurant, and the proceeds went towards paying for advertising, event planning and buying furniture and other decorations for the space.

There are 3 main groups that run the show over at Les Grands Voisins. The first, Aurore, began with an initiative to provide emergency shelter for refugees and minors with no parental support systems. Aurore also offered free administration consulting to help foreigners navigate the complicated French bureaucracy that we all know and love (read: hate). Aurore was able to help over 400 people, including providing employment at Les Grands Voisins for many of them! 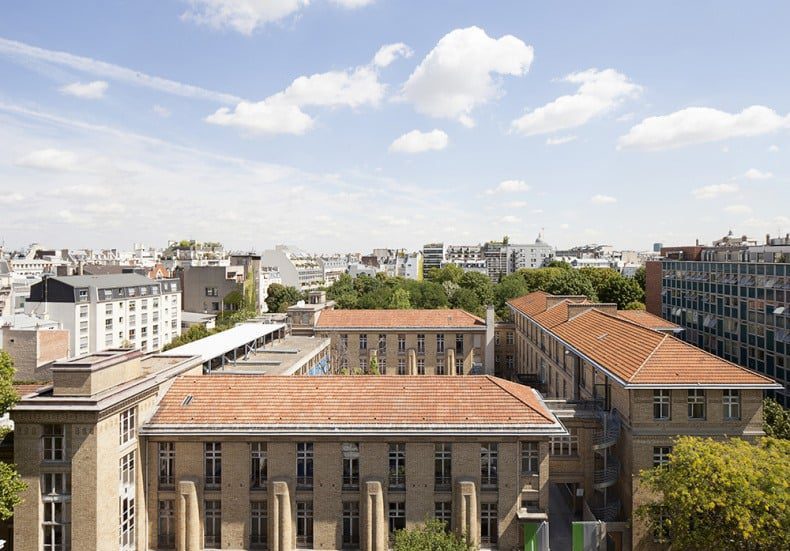 Plateau Urbain is another group that got involved. Their mission? To help Paris utilize vacant spaces around the city. Finally, Yes We Camp is an architecture collective that hails from Marseille, in the south of France. The collective is known for their innovative and unique camping sites that they install in city centers across the world.

Together, the 3 groups have come up with an amazing concept to fully utilize the Saint-Vincent-de-Paul hospital. I present, Les Grands Voisins!

The concept of Les Grands Voisins is simple: the 3 groups involved in the initiative wanted to give back to the community and get as much use as possible out of the abandoned Saint-Vincent-de-Paul hospital. The project was slated to last just 2 years, before construction began on a new eco-housing complex.

“Above all, these two years have allowed to share values ​​of hospitality and generosity.” – Les Grands Voisins

From 2015-2017, Les Grands Voisins housed over 600 people in need and welcomed over 250 startups, associations, artists and artisans to the space! And, most importantly, Les Grands Voisins says that, “Above all, these two years have allowed to share values ​​of hospitality and generosity.”

Originally, Les Grands Voisins was supposed to go on only 2 years. Due to setbacks in the eco-housing complex, the project is allowed to occupy the space until 2020! Provisional works have begun, but Les Grands Voisins is adapting as the work progresses, eager to use all of the space that they can until 2020. 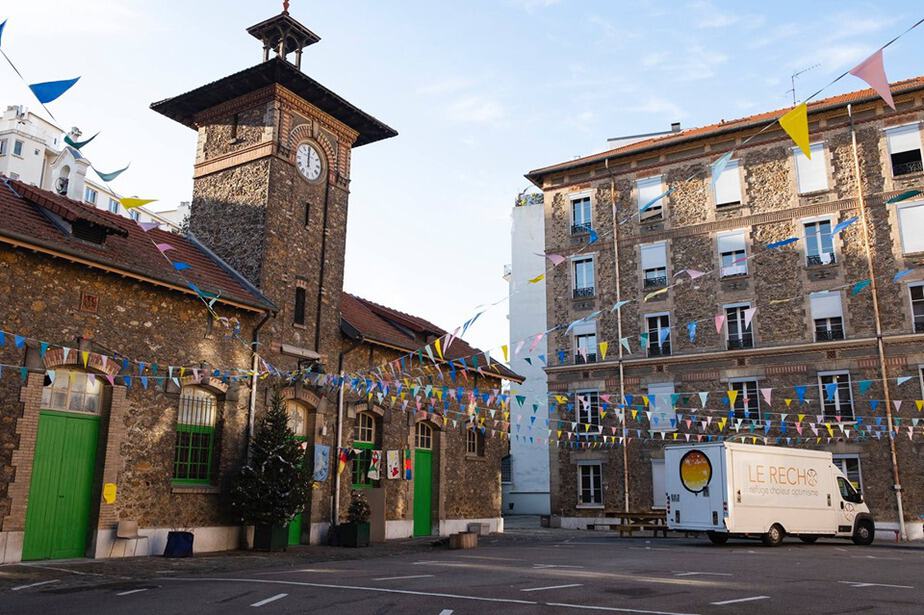 This is great news for those of you coming to Paris, as I definitely recommend spending an afternoon in the 34,000 square meters large space. There is plenty to do, including shopping, restaurants, workshops and more!

What to do at Les Grands Voisins

Be prepared to spend an entire afternoon exploring Les Grands Voisins, as there is not shortage of things to do!

The spaces includes a hostel for refugees or others experiencing difficulty, restaurants, bars, a cinema, a camp site, community gardens, boutiques, co-working spaces and an atelier where various workshops are held throughout the year. There is even a bakery!

A post shared by La Ressourcerie Créative (@laressourceriecreative) on Jun 7, 2019 at 7:01am PDT

La Ressourcerie Créative is a boutique filled with second hand clothing, as well as some household items. On Saturdays, they hold workshops that teach you how to repair your own clothing!

Mama Petula is a boutique for all of your plants and indoor gardening needs! I love filling my apartment with as many plants as possible, so you can imagine this is my favorite place in Les Grands Voisins.

Boulangerie Chardon is a bakery that specializes in traditional baking methods. All of their bread is hand kneaded and then baked on stone, and their recipes are the same that old French peasants used to use way back when.

La Lingerie is a bar and concert venue that is in the old laundry room of the hospital. They also feature free concerts on Fridays and Saturdays, pay-what-you-can meals on Wednesdays and game nights and theme parties on Thursdays. 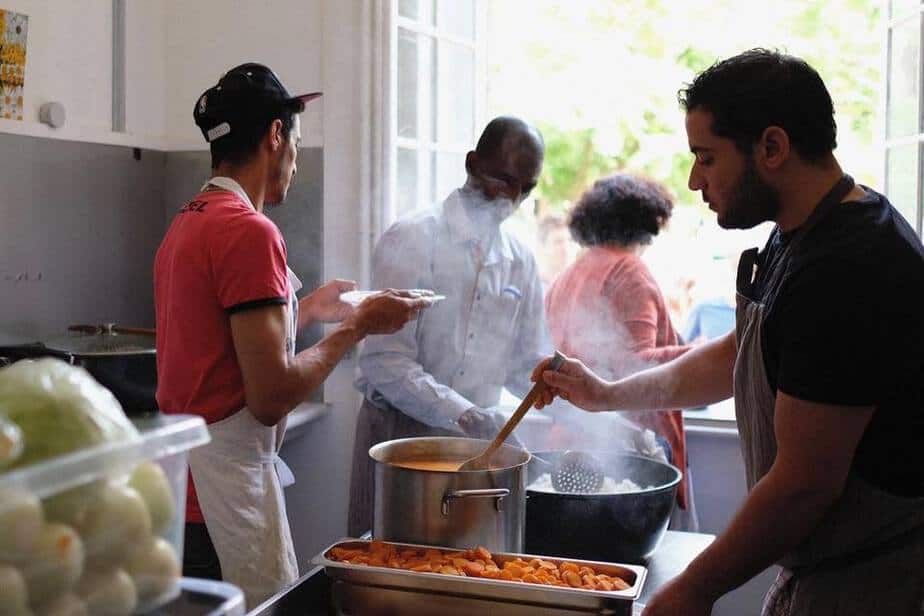 La Salle Pouponnière is located in the old nursery of the hospital. Today, the room is used as a cinema, hosts conferences and is also used as a theatre!

I hope you have enjoyed this brief visit to Les Grands Voisins in Paris! If you have a trip to the city in the works, I definitely recommend you block out an afternoon to check it out. The first time I went there, I arrived around 3pm and ended up staying until they closed at midnight!

Give back to the community and have fun at the same time. What’s not to love?!

Do you want to tour Paris with us while you’re in town as well? Great, I thought you might! Click here to learn more about our fabulous walking tour options.