The Best Syrian Food and Restaurants in Paris

The Best Syrian Food and Restaurants in Paris

The refugee crisis in Europe has seen a strong migration of Syrian people through to the French capital. Those that have managed to set up small businesses have usually done so in the food and hospitality industry, bringing the cuisine of their homeland to the people of Paris.

Like most Middle Eastern foods, Syrian cuisine is best experienced as shared dining. The traditional servings are on small plates, encouraging everyone to dip into a variety of dishes at a time.

Here are a few spots in Paris where you can get an accurate taste of Syrian cuisine and culture.

This family restaurant is nothing fancy to look at but it has a lot of heart and soul & you’ll feel it the minute you walk in. It’s in the far north of the city, just northwest of Montmartre and Batignolles.

Syrian cuisine typically offers a wide array of vegetarian dishes for starters (that are accidentally vegan, more often than not) and then specialized meat plates for main meals. Le Jasmin de Damas stays true to tradition and offers their menu exactly as you’d find it were you to walk into a restaurant back in the homeland.

Prices are extremely affordable and the service is kind and accommodating. Depending on who is working there may be difficulty with communication; not everyone speaks English or French but they’ll make sure they find a way to get your correct order. 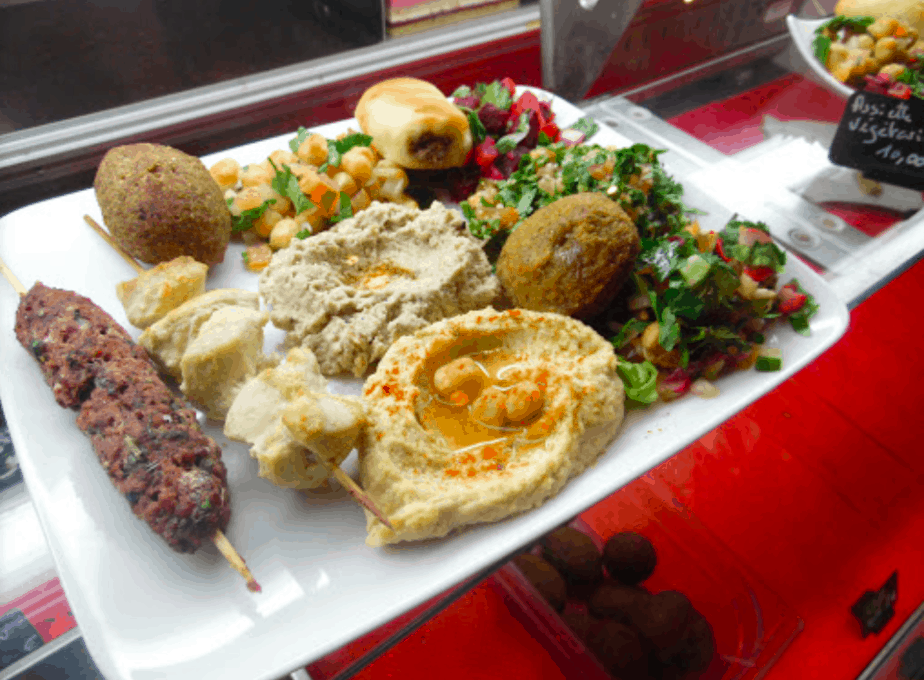 If it’s your first time experimenting with this cuisine then I recommend their tasting plate. It can be done vegetarian or with meats as per your dietary preference, and you’ll receive a bit of everything without the pressure of having to order multiple dishes.

Montmartre is nearby and wouldn’t be a great spot to explore on your way back to the center from this restaurants. Daily free guided walking tours can be booked in advance.

Restaurant Shamyat is regarded by many as the best and most authentic Syrian food available in Paris. I’ve eaten here a number of times as it is central between guided walking tours around le Marais, and it’s never let me down.

Having never been to Syria myself, it’s difficult to say what is and isn’t authentic in Paris. But the presence of Syrian immigrants in the restaurant is usually a good enough indication that they are doing something right. 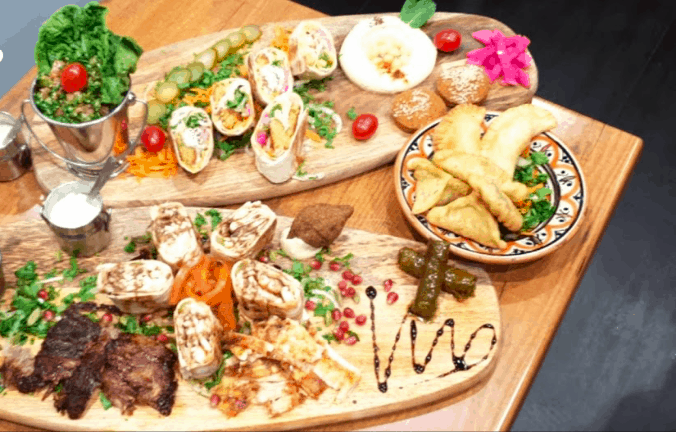 The service is canteen style; you’ll point out what dishes you want from behind the counter and the staff will plate it properly for you complete with all the necessary dips and spices relative to each dish.

You can go back for more if you find you didn’t fill your plate enough. They are also happy to plate food onto large tasting boards for tables that prefer to share everything.

Another fabulous Syrian eatery up in the Batignolles of Paris, but this one has joined forces with Lebanese cooking to make it twice as nice.

Firstly, if you’re ever in this area late at night battling to find something to eat (most things close around here at 10:30), make a B-line for Chez Sam, they stay open for late night dining. 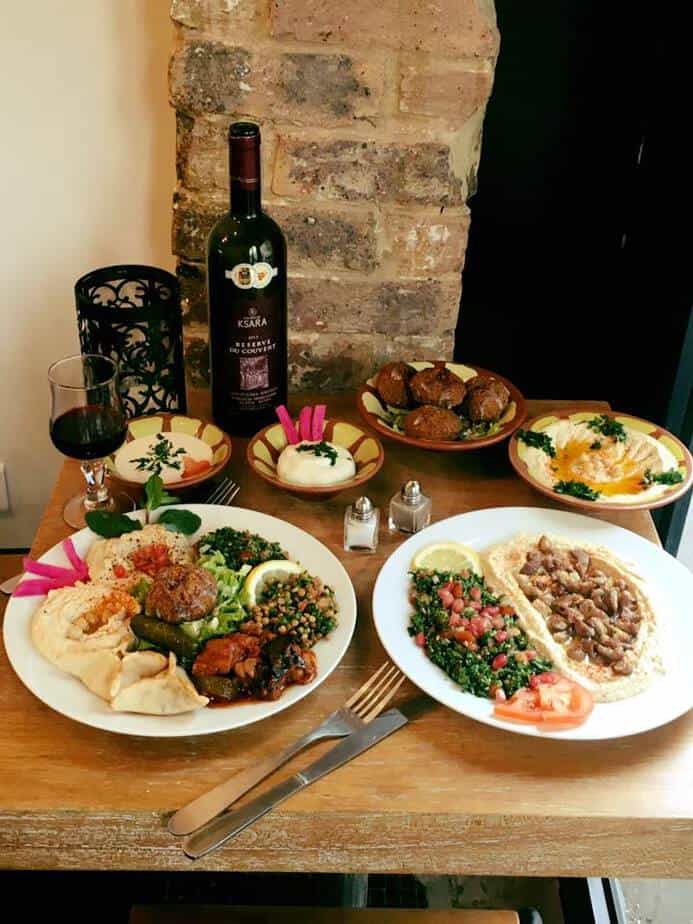 Chez Sam in Paris – by Chez Sam – Uploaded by them

This is the Syrian heaven for vegan eaters; most of the menu is centered around plant based dishes thanks to the addition of Lebanese foods to the menu. Their falafel is vegan friendly and is some of the tastiest in Paris. For the carnivores there is late night shawarma available for dine in or take away street style.

Taboulé is a similar dining concept to the canteen style restaurant we looked at earlier. This one is more central for the people on the Left Bank of the Seine, as opposed to the rest of the Syrian restaurants that sit on the right side for some reason. 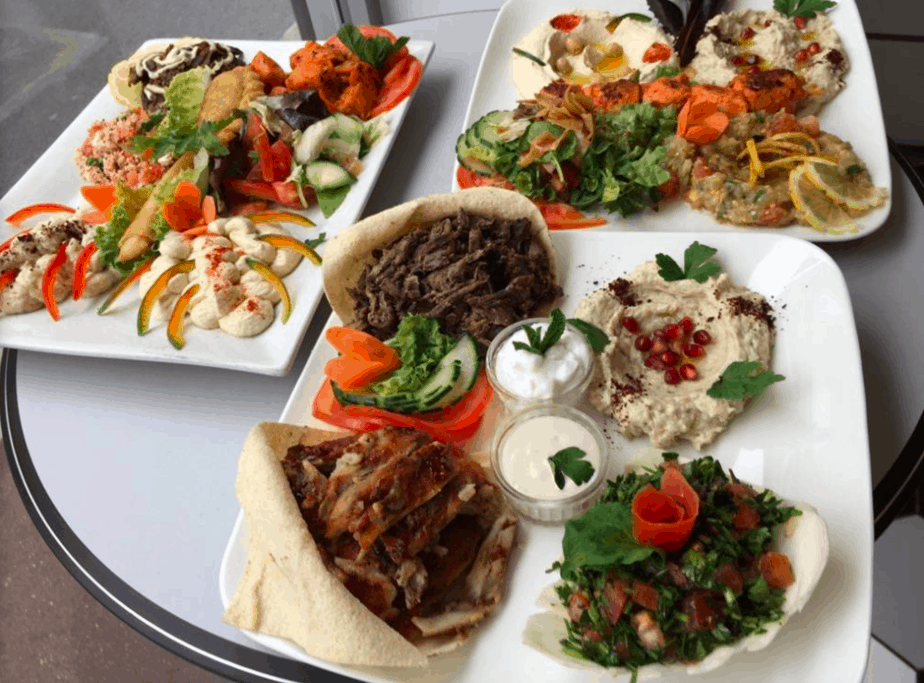 Taboulé prepares their array of traditional Syrian and Lebanese dishes before opening, and then they are plated up as you order. This is the most affordable Syrian food in all of Paris; one can easily eat here for less than ten euros, less if you’re eating plant based.

Their homemade baklava will make you very, very happy.

You’ll notice the similarity in the name of this Syrian restaurant in comparison to the first one on our list: Le Jasmin de Damas.

The French word for Damascus is “Damas”; la Rose de Damas means the Rose of Damascus. Damascus is the capital of Syria, so it’s unsurprising that two restaurants in Paris took the chance to name their establishments after it.

This one is also on the Left Bank (yay!) and is a full sit-down dining experience as opposed to a casual canteen. It’s family run; charming, wholesome and a warm escape from Paris when you need it most. 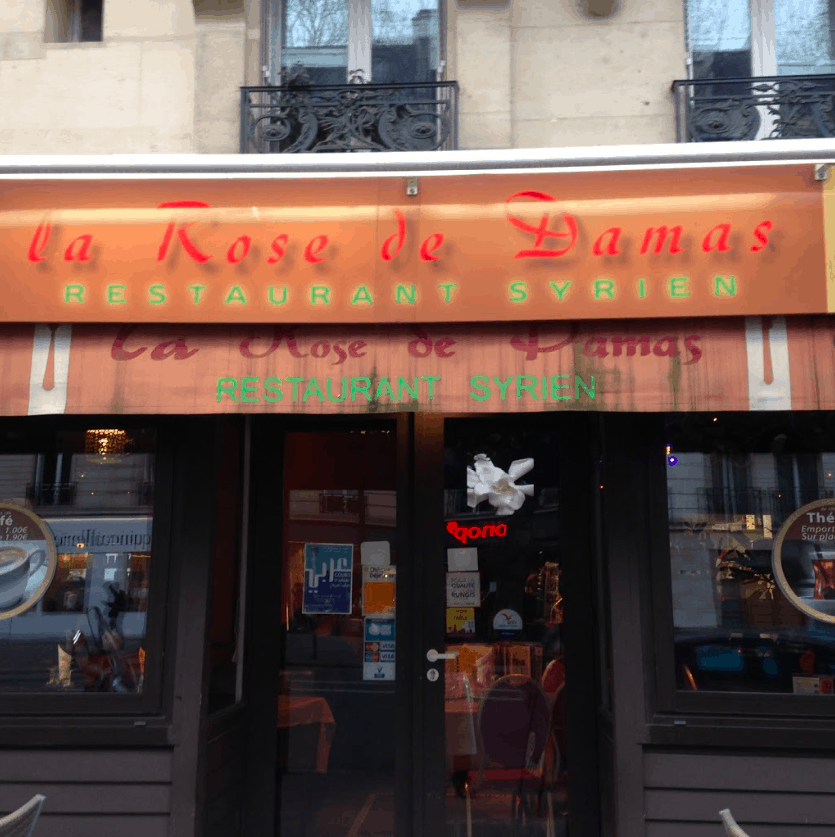 The menu is authentic, traditional and delicious. Ample options for both meat eaters and vegans.

It’s right on the edge of the water, so the easiest way to reach it would be the Sully-Morland metro stop on the Right Bank and then to cross over the Pont de Sully by foot to the entrance of the restaurant. The nearest metro on the Left Bank is actually a longer journey.