A Quick History of the Sacre Coeur Basilica in Montmartre 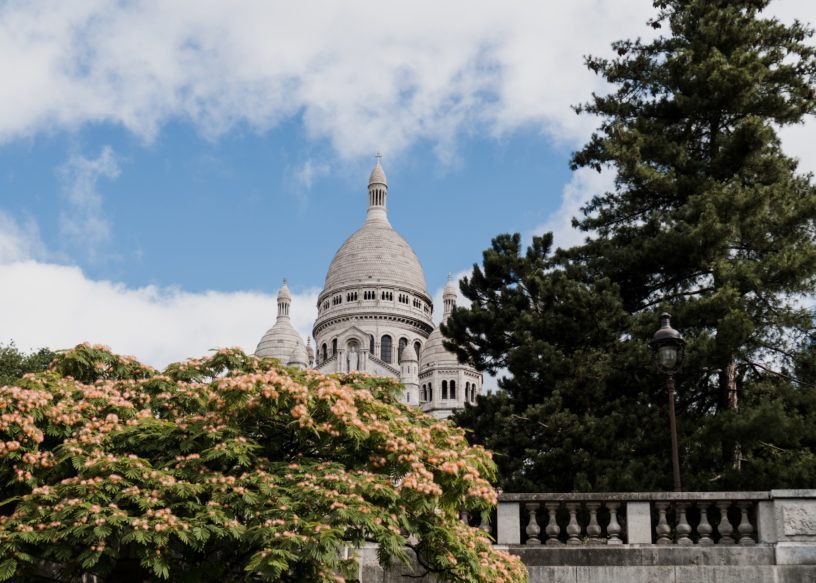 A Quick History of the Sacre Coeur Basilica in Montmartre

It may not be as old as some of the major attractions in Paris, but the Sacre Coeur has very easily made it to the top of the list of best things to do while visiting the French capital.

You can see her gleaming in the Parisian sun from just about everywhere in Paris, and a visit won’t cost you a cent. I do recommend brushing up on your church history before you head through, however. Read on and I’ll tell you all there is to know. 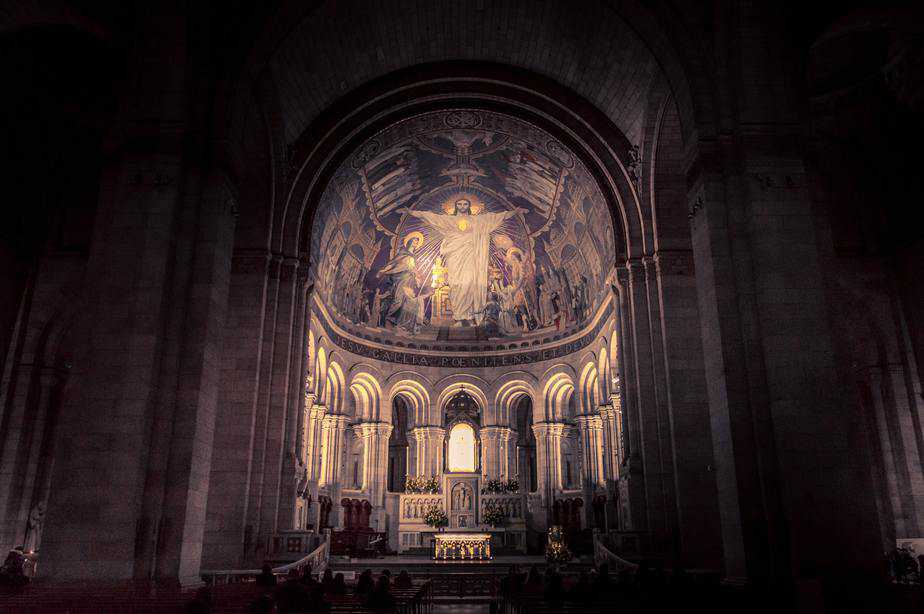 What is the Sacre Coeur Basilica?

The Scare Coeur Basilica is a Roman Catholic church that is dedicated to the Sacred Heart of Jesus.

It goes by many names; sometimes The Basilica of the Sacred Heart of Jesus, sometimes simply just Sacré-Cœur.

This design and history of the church have caused great appeal to tourists from all over the world. At present, the Scare Coeur is responsible for just under 12 million visitors to Paris per year, and these numbers are ever increasing.

How the church came to be is a fascination story. First, however, one needs to understand exactly where the Sacre Coeur is found in Paris. 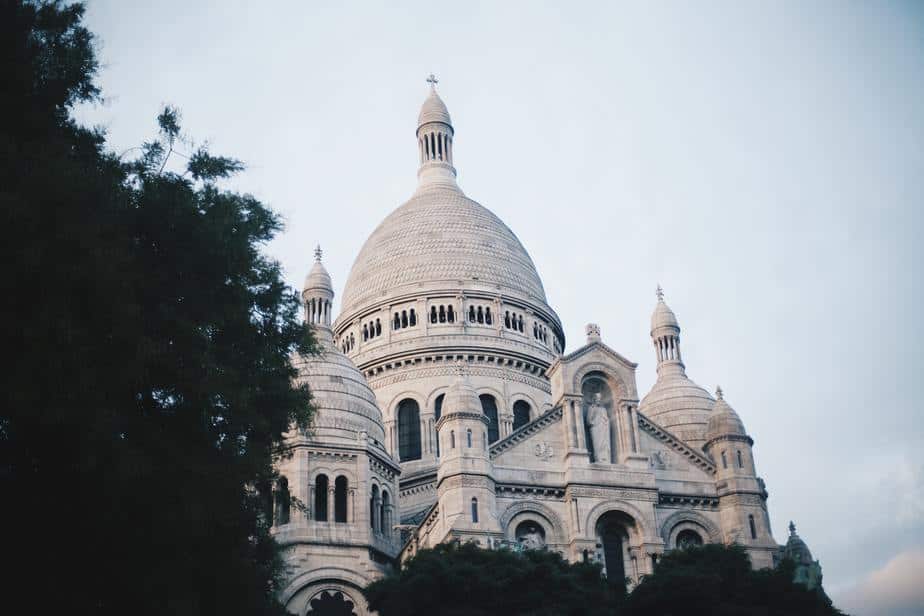 Where is the Sacre Coeur Basilica?

In the north of Paris we find the hilltop village known as Montmartre.

It was here that Paris saw the most distinct transformations in terms of eras throughout history. It was the home of the red light district during the prohibition, it was where the Bohemian Revolution first caught wind, and it was home to the influx of artists who moved to Paris in search of opportunity and inspiration over the last two centuries.

Often called the ‘crowning glory of the 18th arrondissement’, the Sacre Coeur Basilica is the massive white church that sits at the summit of Montmartre Hill. This is why it can be seen from just about everywhere in the city; and why it is able to catch the sun day in and day out. 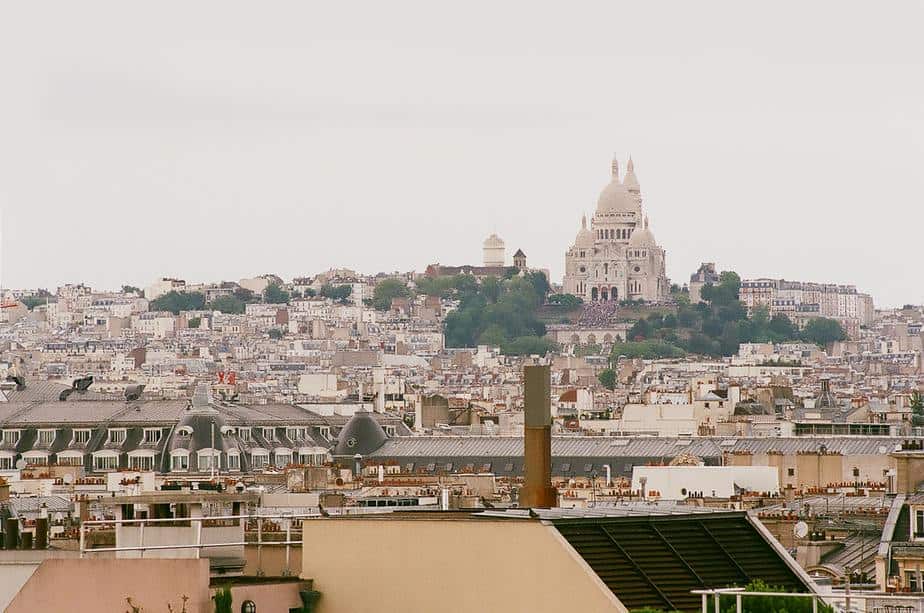 Church on the Hill – by Svetlana Gumerova – Unsplash

As you plan your itinerary for exploring Paris, set aside a solid day or two for the village of Montmartre. I would actually recommend basing yourself in Montmartre if you have the option; accommodation is wonderfully cheap and usually unexpectedly lavish.

Because of the hill, Montmartre is best explored on foot. There are many other attractions en route up to the Sacre Coeur to visit along the way; use this map I made to work out the most efficient route through the winding streets.

History of the Sacre Coeur Basilica

In 1873, the Archbishop of Paris, Cardinal Guibert, obtained the rights to utilize the land at the summit of Montmartre Hill for the building of a brand new church.

What’s interesting about this particular piece of land is that it had already been used for centuries prior as a place of worship. The Pagans once used the summit, as well as a number of gallo-roman temples that were built on site in dedication to the planets Mercury and Mars.

Gaining the rights to this land was a task that had to be undertaken by the Archbishop, as law of public utility had originally been passed to seize the land and prevent the contraction of the church at its first inception. 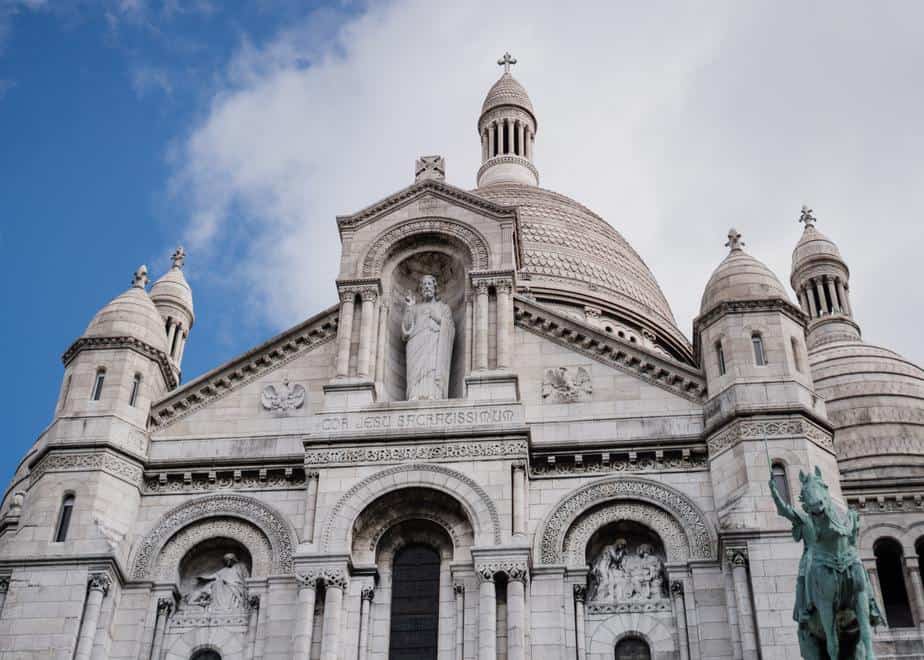 The idea for the Sacre Coeur spurred from the notion that in 1870 the French Army had been tragically defeated by the Prussians after a lengthy battle, dividing the people of the country.

Alexandre Legentil was a man of god and held great moral standing amongst the people of Paris. It was his firm belief that a new church would do well to reunite the public as well as forgive the French for their sins since the French Revolution.

After the bill for the land was won in 1873, further attempt to halt construction of the church occurred in 1897. By this time most of the interior was already complete and the church had technically been in service for six years.

Rewinding a bit, the laying of the first stone of the Sacre Coeur took place in 1875. Foundations for the church had to be dug an incredible 33m deep. 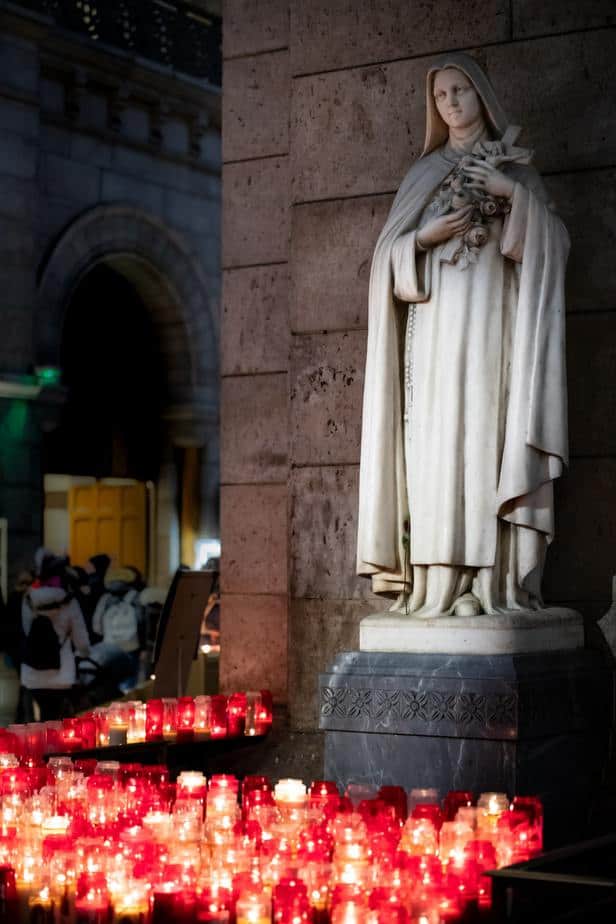 By 1884 the church wasn’t nearly done, but the original architect for the project, Paul Abadie, passed away. It took a group of six other architects to come together and finish the great work that this artist had started.

As a general consensus, the Sacre Coeur Basilica was considered complete in the year 1914, bar one or two things that needed finishing touches. Unfortunately, the arrival of World War I saw the opening of the church be put on hold.

It was only after the war in 1919 that the Sacre Coeur was finally formally consecrated.

Materials of the Sacre Coeur Basilica

The stone used to construct the Sacre Coeur is known as travertine stone. At the time, it was found in abundance in some of the quarries in Paris and held little to no use prior to being used in this church’s construction.

The travertine stone releases a phenomenal amount of calcite, and it is this that gives the Sacre Coeur that unique pearly white look.

A lot of people are surprised to learn that the church was never actually funded by the French government. It actually relied solely on external funding, mostly by wealthy members of the public and businesses in the private sector. The names of these individuals are carved into the church stones. 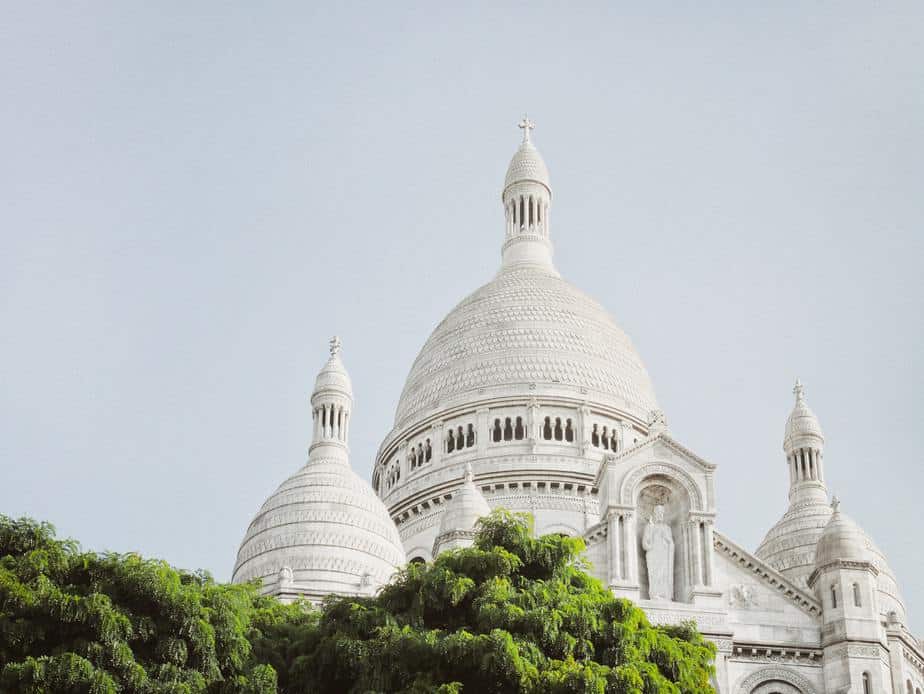