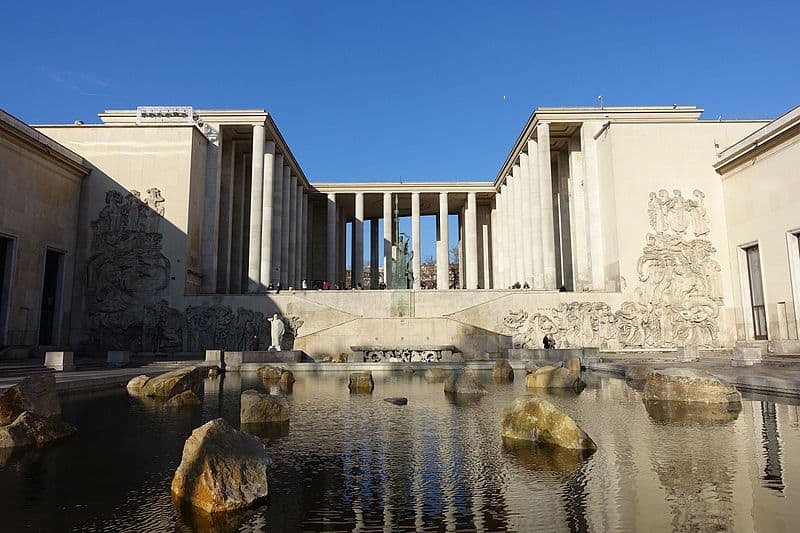 The surrounding attractions to the Eiffel Tower are generally not what brings people to the 16th arrondissement from the get go. They come to see the Iron Lady in all her glory, and might wander the neighborhood if there’s time left over.

A stones throw from the tower you’ll find the Trocadero, a public viewing deck that connects the city center to the Eiffel Tower grounds. On the streets surrounding the Trocadero there are ample attractions and historic buildings that are equally as interesting as the tower itself if you give them a chance. 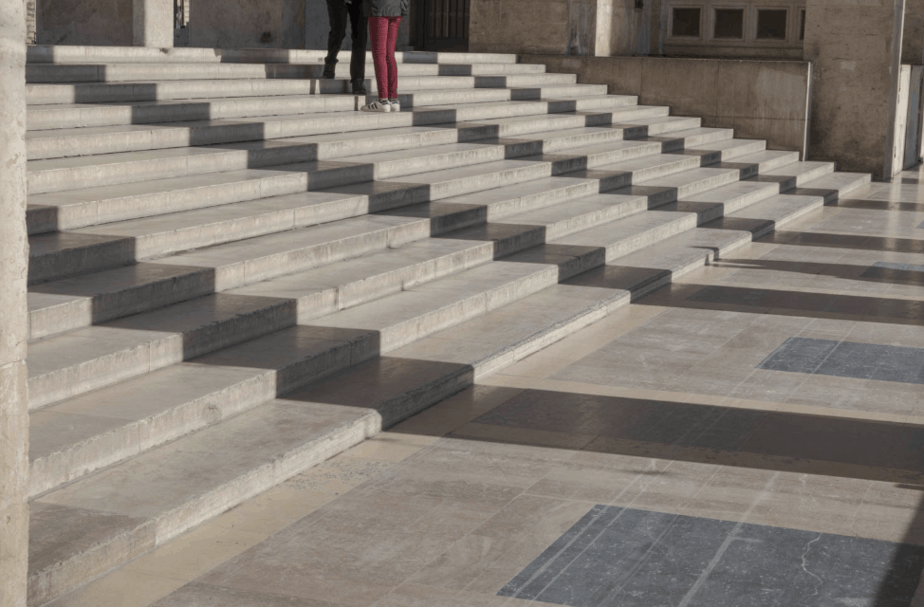 This is a chic part of Paris, with many of the venues being used during Paris Fashion Week and important global seminars. The Palais de Tokyo is one of these impressive venues, and the architecture is somewhat unmissable if you’re walking around prior to your tower viewing. Shall we take a closer look?

OPENING HOURS: Wednesday to Monday – 12pm to 12am

What is the Palais de Tokyo in Paris

Despite appearing more ancient than a lot of the buildings in this neighborhood, the Palais de Tokyo was only built in 1937 in honor of the Paris International Exhibition of that year.

The site is a spacious lot of hospitality wings in which a diverse array of uses are found in each. This vast piece of land houses a number of exhibition halls, restaurants, retail stores, performance spaces, galleries and even a full scale museum. 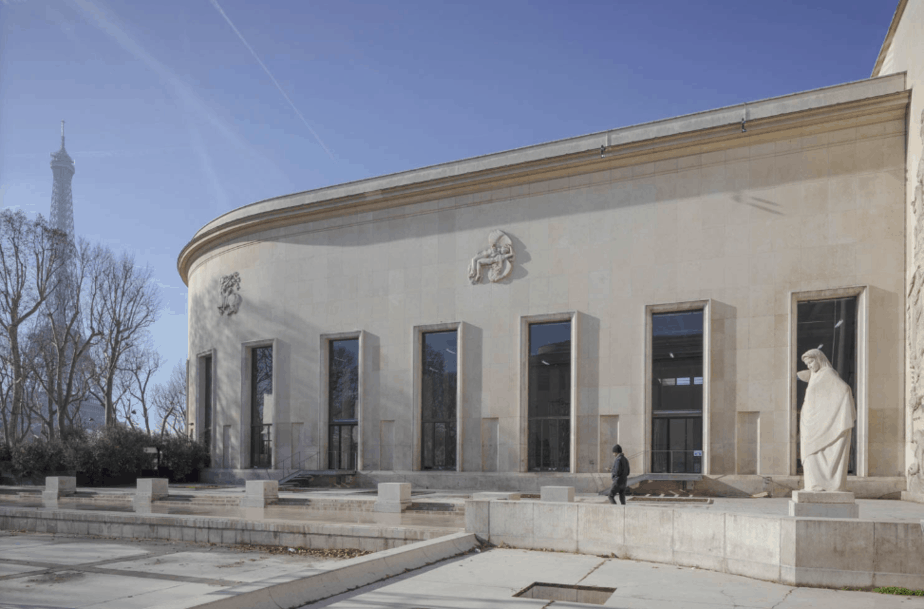 The Palais de Tokyo is as impressive on the outside as it is on the inside. I always encourage new visitors to the city to at least walk the perimeters of the building if they don’t have time to explore the inside .

The architecture is astounding, especially since being completely renovated in 2012 by architects Anne Lacaton and Jean-Philippe Vasall. 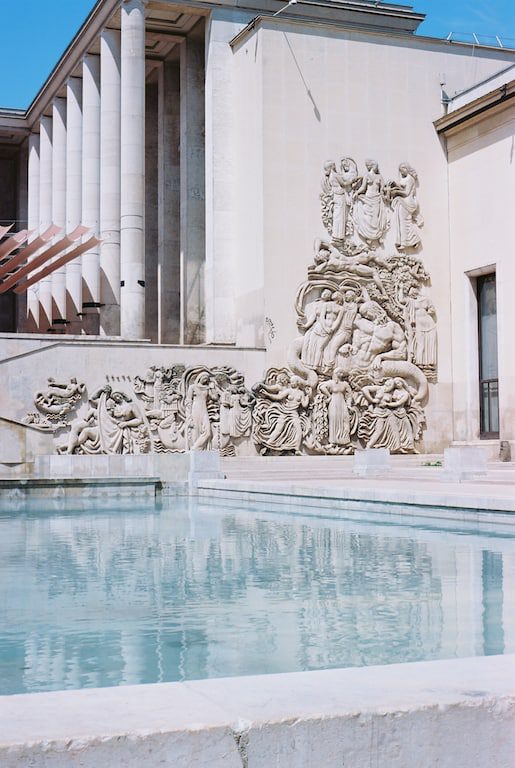 The rear of the building is what a lot of people come to see and photograph. It holds the famous fountain block that is framed by the giant Greek illustrative cement carvings that creep up the walls.

From here one can either make their way up and into the building itself, or retreat further down the hill toward the Eiffel Tower gardens.

Within its walls the museum houses a large span of works originating from the 20th and 21st centuries in France and abroad. The museum was added to the Palais de Tokyo grounds in 1961, and has been the biggest tourist attraction ever since. 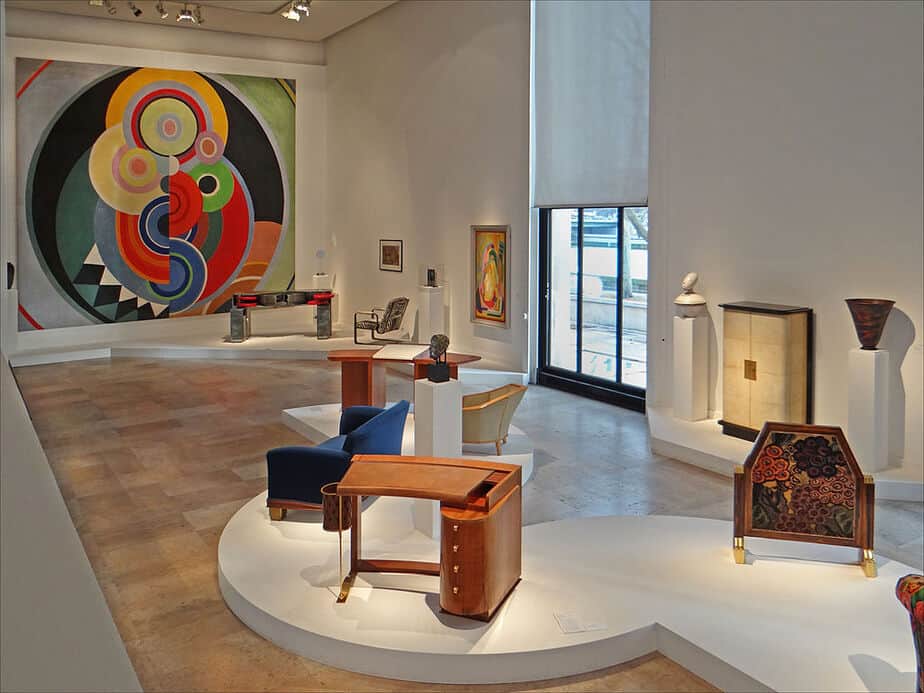 The permanent collections offer works from Picasso to Matisse, and many others. In addition to this, the museum also puts on regular rotating temporary exhibitions offering lesser known artists the opportunity to be featured in the space.

Parisian modern art museums are great because of the variation between painting, sculpture, collage, photographic, installation and video arts. A far more multidimensional experience compared to fine art museums around the city. 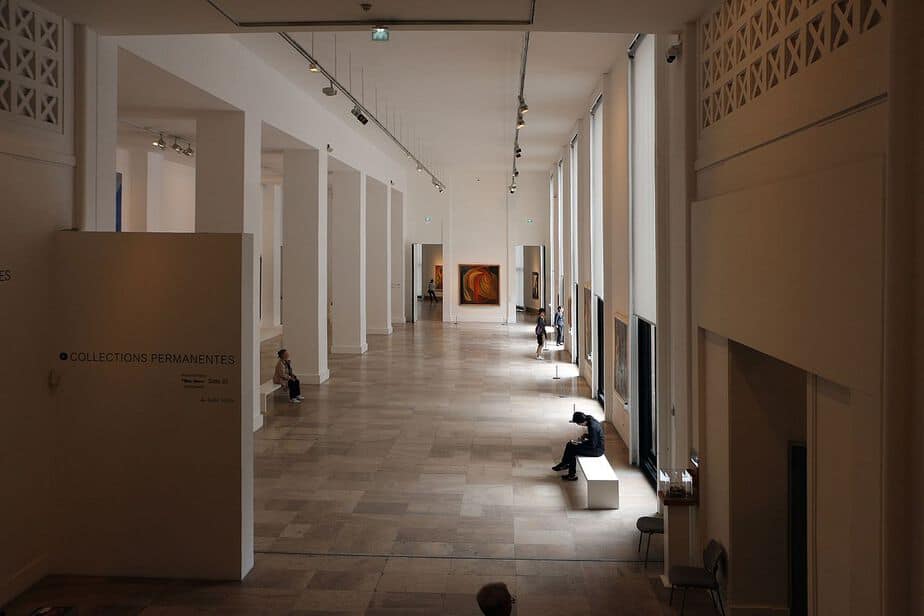 The bookshop at the modern art museum is another big attraction to the space. It is accessible whether you visit the museum or not. A torturous space for anyone who is devoted to coffee table art books and emerging artist zines.

Take a free guided walking tour through the Eiffel Tower district and you’ll see that Parisian bistros reign supreme in this part of the city, alongside creperies, ice cream parlors and patisseries.

The Palais de Tokyo offers a dining experience of its own. Monsieur Bleu is the resident bistro and occupies part of the western wing as well as the patio that overlooks the fountain and Eiffel Tower in the distance.

The restaurant is both indoors and outdoors, and despite being more upmarket dining it remains perfectly laid-back and suitable for large, traveling families even with young children.

Even on days when the Palais de Tokyo itself is closed to the public, Monsieur Bleu remains open through the week for both lunch and dinner service.

The Little Palais at the Palais de Tokyo in Paris

In attempt to make the Palais de Tokyo more enjoyable for the youth, they have incorporated targeted children’s programs into their weekly schedule and have named the event the Little Palais.

These are art workshops that are held in either the museum, auditorium or lecture hall within the Palais de Tokyo. They seek to take young visitors on an artistic adventure, while parents are left to roam the rest of the building.

The schedule for the Little Palais is ever-changing and can be accessed via the Palais de Tokyo website. 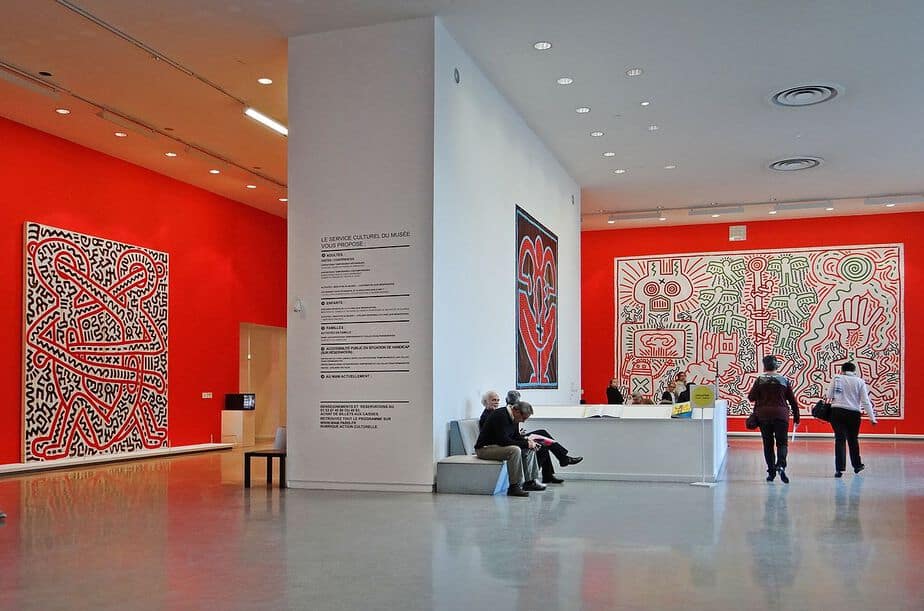 The Palais de Tokyo also offers another program for children known as the Tok-Tok program . This one takes place solely within the museum itself and within close proximity to the art.

It is aimed at children open to enhancing their observation skills within the art world. Again, schedules are found on their website or by calling the establishment directly.

The Palais de Tokyo is one of the best museums in Paris to visit with children, with or without the added programs. They simply love the multimedia nature of the exhibits.