5 French singer songwriters you need to listen to 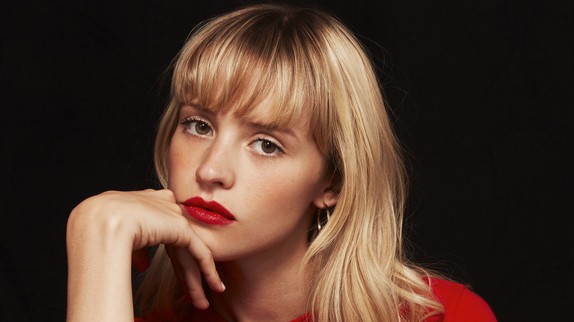 5 French singer songwriters you need to listen to

I’m going to introduce you to 5 talented current French singer songwriters topping the charts in France and abroad. You’re going to want to save these to your playlist. And you might even learn a little French!

Here are the top 5 French singer-songwriters you need to listen to right now.

At the top of the list is French singer songwriter Angèle. I remember hearing Angèle for the first time last year before I moved to France. One of my friends sent me the link to her song, “Ta Reine”. She told me she thought I’d like the sound and after 30 seconds I was immediately a fan. At only 24 years old, the Belgian born singer-songwriter has become an overnight success story. Her talent is undeniable and she is reaching a level of super stardom in France that has made her a household name here. Artistry runs in her family- her father a singer and mother an actress. Her brother, Roméo Elvis is a highly successful rapper in France, and it was the upbeat pop song “Tout Oublier“, which she performed with her brother, that launched her career.

Angèle’s musical style is the epitome of easy listening. She has a huge millennial following due to her soft sweet vocals, truthful lyrics, and creative music and social media videos. Her debut album, Brol, features many songs that have topped the charts in France including “Balance Ton Quoi”, a feminine anthem and a reference to the #metoo movement.

I’ve been a huge Angèle fan for about a year and it’s hard to pick a favorite track. They’re honestly all amazing and so original. If I had to, I’d say it’s a tie between “Jalousie” and “Flou”. I love how relatable and down to earth her lyrics are. She may be one of the most famous faces today in France and Belgium, however she hasn’t lost her identity regardless of newfound success.

A Must Listen: Tout Oublier 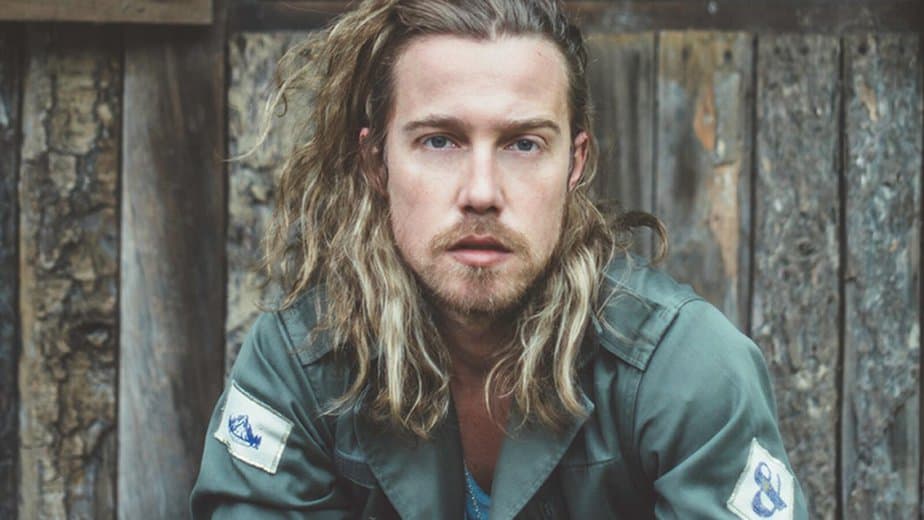 Another easy-listening favorite is Julien Doré, a pop folksy singer with soothing vocals. He rose to fame after winning Nouvelle Star (the French version of American Idol) back in 2007.

Doré has had a very successful musical career after winning the show, releasing  three studio albums, Ersatz (2008), Bichon (2011) and Løve (2013). All have reached the top four on the official French Albums Chart. His music is relaxing, soft, and feel-good. My favorites are Coco Caline and Le Lac, which I often hear out around Paris though they’re a few years old. He is also featured on “Pour un Infidele” with the next singer on this list, Coeur de Pirate.

A Must Listen: Le Lac

Listen if you’re a fan of: John Mayer, Calvin Harris 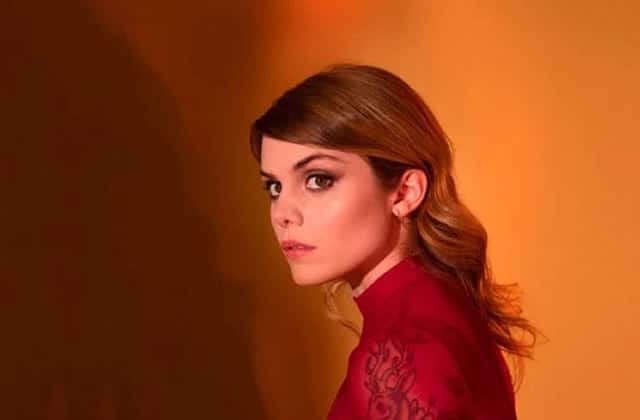 Coeur de Pirate has been a favorite of mine since her debut album came out in 2009. A francophone from Montreal, the songstress has made a huge name for herself in Canada and France over the years, and her musical style of cinematic French pop has transitioned from young and carefree to deeper, more mature ballads.

You might recognize her most famous song “Come des Enfants”, off her debut self-titled album. It’s a classic sweet love song that sounds like it belongs in a cutesy romantic comedy played over a montage of two people falling in love in the streets of Paris. Though I love her first album, especially the beautiful piano ballad “C’etait Salement Romantique”, it’s her most recent album release that I can’t stop listening to.

Titled “en cas de tempête, ce jardin sera fermé”, the 2018 album features some of her most revealing lyrics. She showcases her soft, sweet voice, however she sings about some really trivial topics and volatile relationships. My favorite off this album is “Je vex renters” a beautifully haunting song she wrote about a toxic relationship she endured.

A must listen: Combustible

Listen if you’re a fan of: Julien Doré, Angèle, Birdy 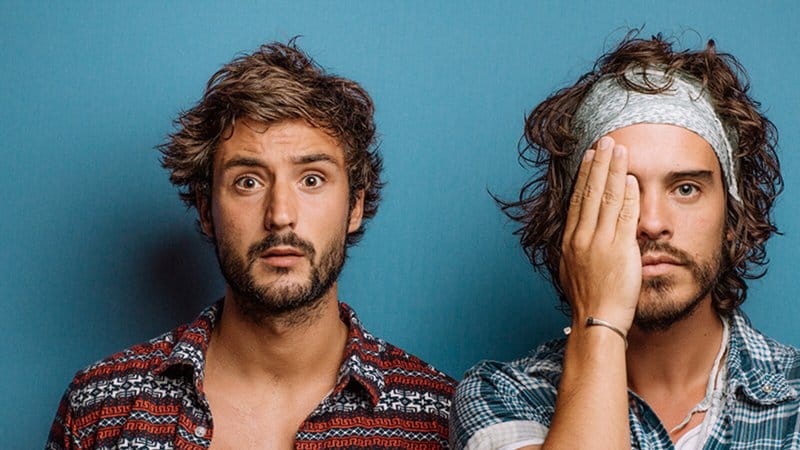 Fréro Delavega is a French musical duo made up of Jérémy Frérot and Florian Delavega. Though they haven’t released music in a couple of years, I am including them on the list because their music is still really popular in France and it’s too good not to include.

Frérot and Delavega took part in Season 3 of the French musical competition series The Voice France, and their music really took off when they released their debut album in 2015. I remember hearing La chant des sirènes on repeat on French TV that summer and immediately fell in love with their sound. It was a light, fresh poppy beat that represented the carefree nature of summer.

Unfortunately the cute duo split up in 2017, but I still recommend listening to their music. It’s current, soft sounding, and their voices are harmonious. I am a sucker for French easy-listening.

A must listen: Ton Visage

Listen if you’re a fan of: Avett Brothers, Fleet Foxes 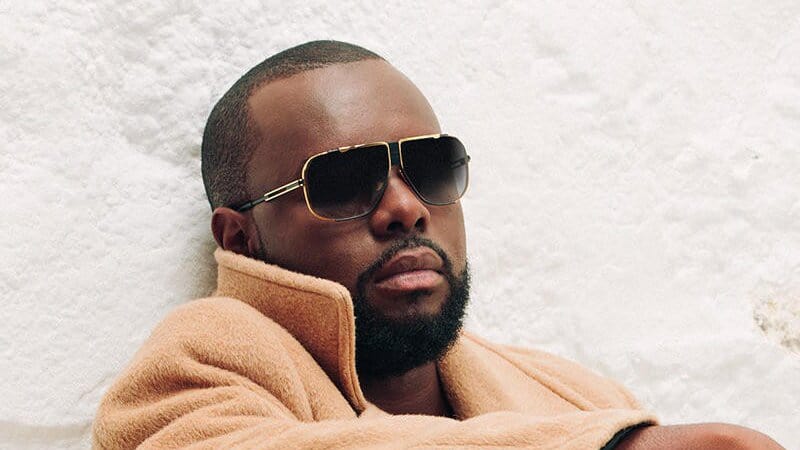 Maitre Gims, now known as just Gims, has a unique style that I can’t even compare to anyone else. He’s a French singer, rapper and composer with chart topping talent.

He rose to fame as a member of French rap hip hop group Sexion d’Assaut, but made a name for himself after he launched a solo career.  Besides having a way with words as a rapper, he has an amazingly powerful voice. He is one of the biggest stars in France, selling out stadiums. In 2018 he was the 7th most played artist worldwide on French streaming app Deezer.

I’ve been a fan of Gims since 2010, but his most recent two albums are my favorites. To hear the extent of his vocal abilities, listen to “Je te pardonne” (featuring Sia), and “T’es partie”. For a more fun listen, try “Corazon” (featuring Lil Wayne) or “La même”.

Listen if you’re a fan of: Willy William, Stromae