5 Delicious Pastries You Can Have For Your French Breakfast 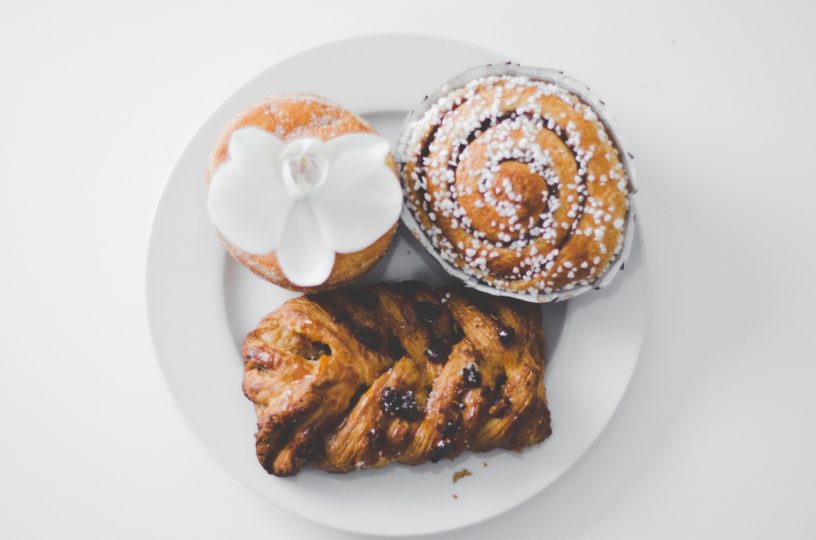 5 Delicious Pastries You Can Have For Your French Breakfast

If you’re a first time traveler to Europe, you’ll soon see that most countries on this continent do breakfast very differently to the far easts and wests of the world.

In Europe, breakfast is much less of an event as the people tend to prefer to eat a lot at lunch and dinner instead. It’s not viewed as the most important meal of the day, but rather a time for something light and tasty.

In France, a classic breakfast usually consists of just a hot beverage and a freshly baked pastry of sorts to accompany it. Intrigued? Read on! 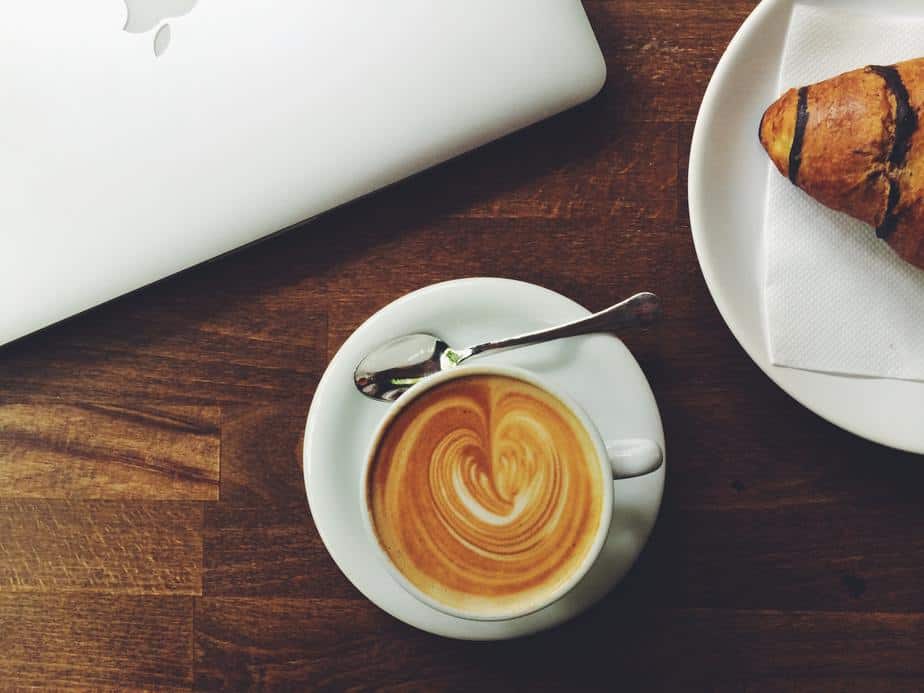 Perhaps the biggest thank you the world owes to France was the invention of the croissant.

If you’ve yet to be aquatinted, the croissant is a light, half-moon shaped pastry that is layered inside due to being rolled into itself prior to baking. Croissants should be soft and chewy on the inside, and perfectly flakey on the outside, and making the perfect one is considered somewhat of an art form in France’s culinary scene.

This is undoubtably the most popular and commonly devoured pastry in the country, and probably in a lot of other countries in the world. 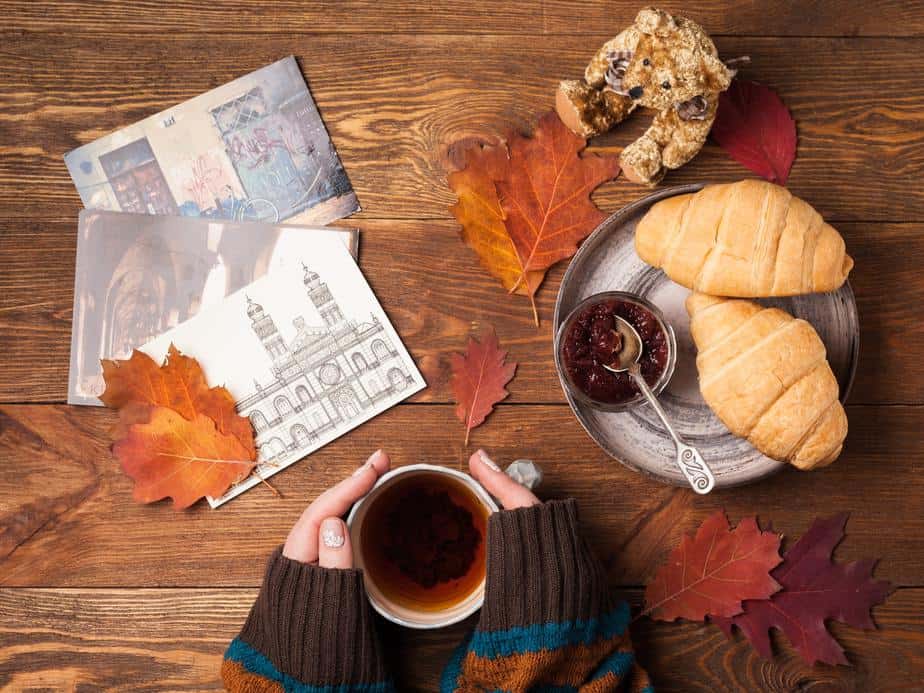 While it’s eaten at any time of day in France, it is technically a breakfast pastry and traditionally prepared in the early hours of the morning before local people get up to start their days.

In France, a croissant can come in a number of different flavors. The classic would simply be the regular pastry without any fillings, then you could get a chocolate filled croissant, a jam filled one, and finally, my personal favorite, an almond croissant with a marzipan center.

Click here for information on where to find the best croissants in Paris.

Brioche would be the next most common pastry found at a French breakfast table.

Technically, brioche is a bread roll, but the ingredients used to make it are considered closer to a pastry than a bread, as is the rich taste and texture that it holds.

Brioche buns are those beautifully glazed rolls that always look far more golden than any regular rolls on the market. They tend to contain a lot of eggs and butter, making their crumbs extremely tender. 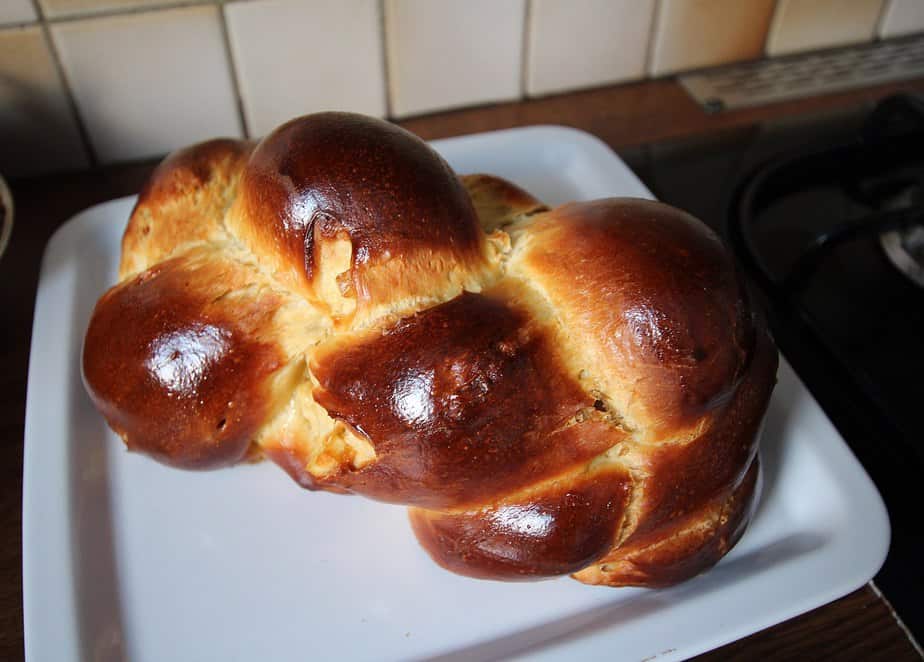 Brioche makes for a wonderful breakfast pastry as the roll density is a great stomach filler to carry a person through to lunchtime. Some people will pair their brioche with jam, Nutella or their favorite cheese. A lot of people also like to eat brioche as is, without any condiments.

Brioche during French breakfast pairs well with spiced teas and strong espresso. A side serving of fruit is also a great addition if you need something more substantial for your first meal.

You’ll find this next pastry being sold alongside croissants all throughout France. Pain aux raisins is sometimes also called escargot aux raisins, as the shape of the pastry coils inward like a snail’s shell.

These pastries are typically made using the same batter used to make croissants; instead of rolling the sheets into half moons, they are instead spiraled into full moons. 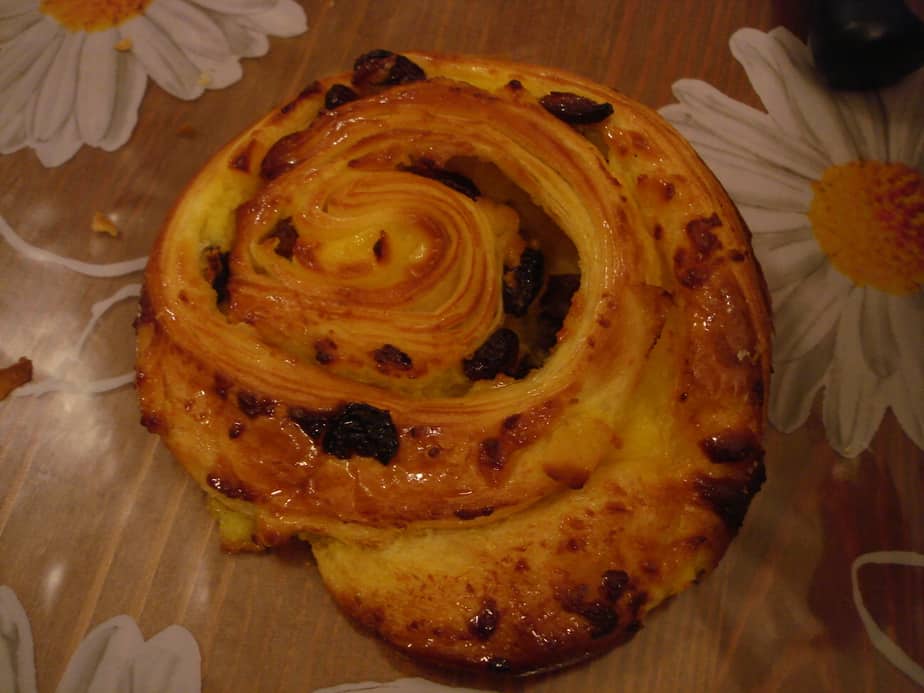 The pastries are then dotted with raisins before being baked. Lovers of raisin bread in other parts of the world will love this French treat. Again, this is a heartier breakfast option for anyone who needs something heavier first thing in the morning.

The French tend to eat their pain au raisins alongside their favorite cup of coffee. Pain aux raisins that aren’t consumed by the end of the morning are usually kept aside to be eaten as a treat after dinner that same evening; like croissants, freshly baked pain aux raisins don’t have a very long life before turning stale.

Since fruit is a widely accepted breakfast food around the world, the French decided to find a way to incorporate it into a breakfast pastry.

I give you chausson aux pommes; which literally translates to an apple slipper.

This apple slipper is a shell of puff pastry with an apple turnover filling. The exterior of the pastry is lightly glazed with a subtle sprinkle of sugar before baking. The apple interior is not sweet at all, so try to think of this party as a balance between sweet and savory for a breakfast meal. 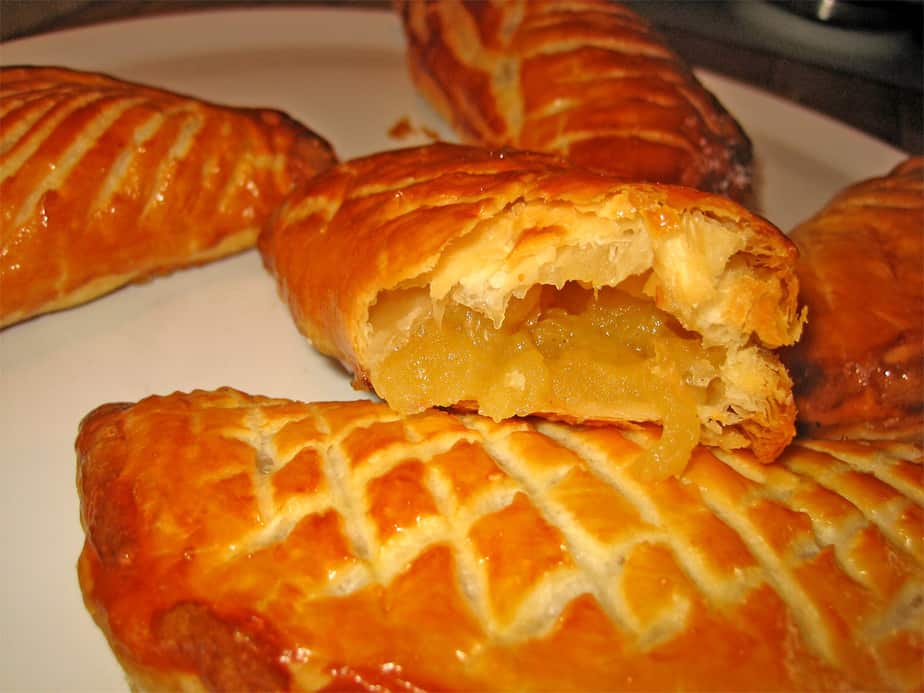 Voila! A serving of fruit first thing in the morning awaits.

Not everyone is a fan of baked apples, and those still wanting that morning fruit fix in France will usually turn to the wonder that is a abricots à l’anglaise.

This is also known as an apricot log; a long, rectangular serving of puff pastry that is topped with pastry cream and fresh apricot halves before baking. Once it comes out the oven, it is glazed with apricot jam for extra sweetness and flavor.

Because of the tartness of the fruits and the light texture, this pastry Paris perfectly with a pot of tea, which is how most French people tend to enjoy it in the mornings. 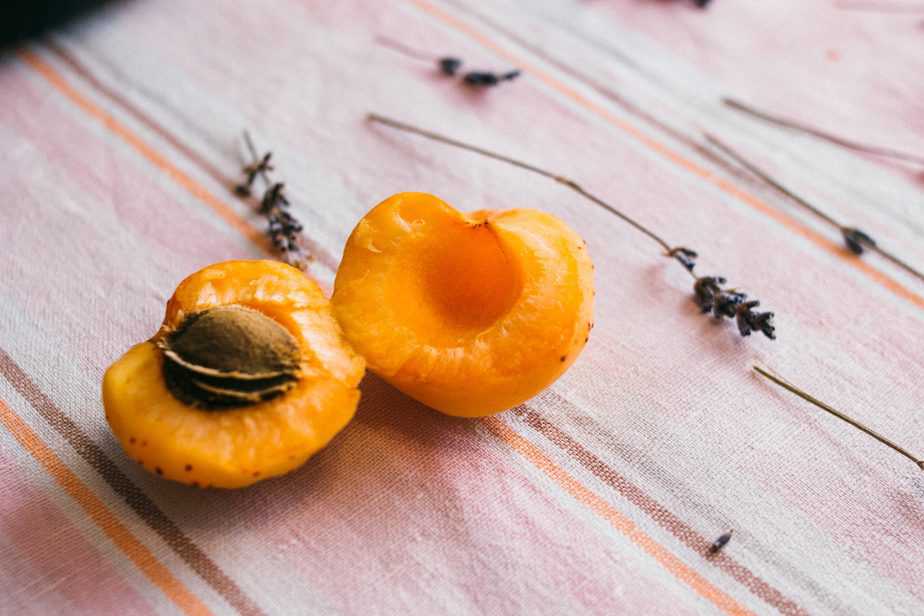 If you are making this breakfast food at home, it is possible to substitute the apricots for almost any fruit of your choosing. Apples, pears and even raspberries make for delicious alternatives.