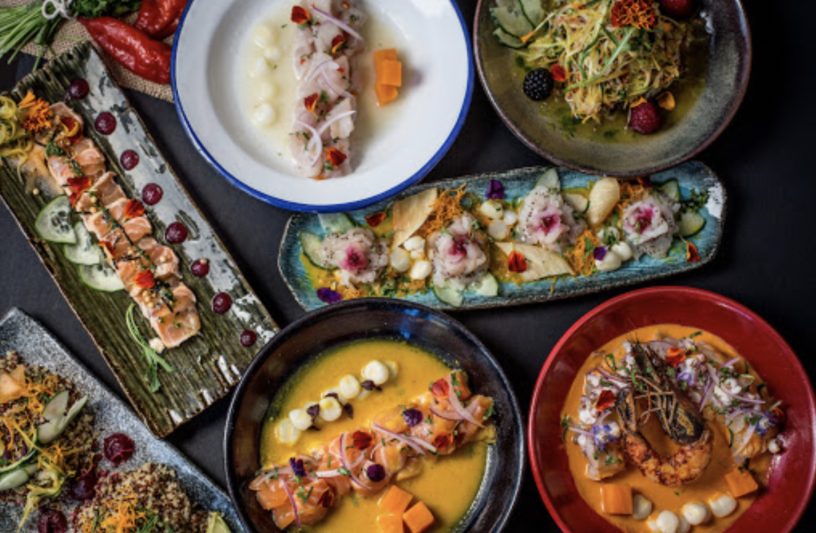 When it comes to things to eat in le Marais, we are all spoiled for choice. This is the trend setting hub of Paris, and this extends from the fashion industry through to the culinary.

This could quite easily have been a list of 50 things to eat in le Marais, but I’ve kept it to a top 10 to make your life a bit easier! Keep an eye out for all of the following as you roam the streets of this vibrant district:

Great burgers, cool vibe, decent prices… what more could you really want in a quick bite to eat while on the town?

At le Ruisseau you can enjoy a burger, a drink and a side of your choosing for just €13. In Parisian terms, that’s a steal!

Their blue cheese burger is known and loved in these parts. As is their exceptional chocolate brownie. They also do a salmon burger which I am yet to try, but find very intriguing… 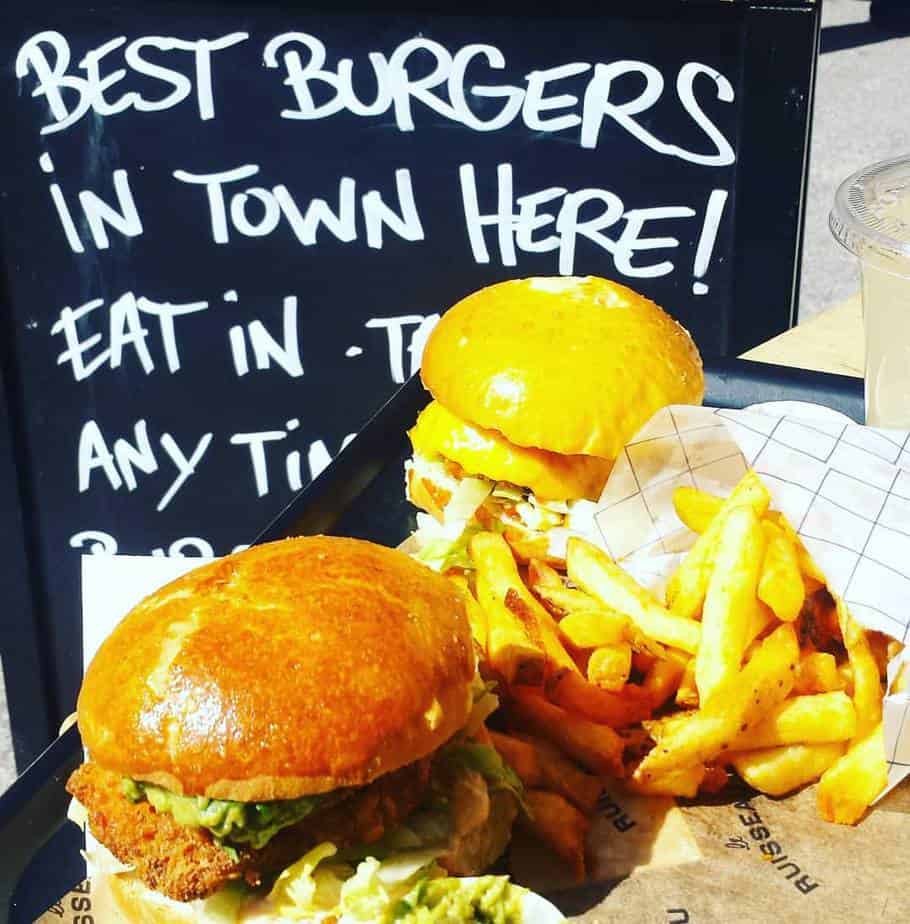 Some might be inclined to disagree, but no one does ceviche quite like the Peruvians. This eatery is in the north of le Marais, close to Oberkampf. It’s traditional Peruvian cuisine, with ceviche on their menu to melt your soul.

This is a very sociable space; the kind of place where you dine amongst many friends or catch up with one you haven’t seen in a long time. 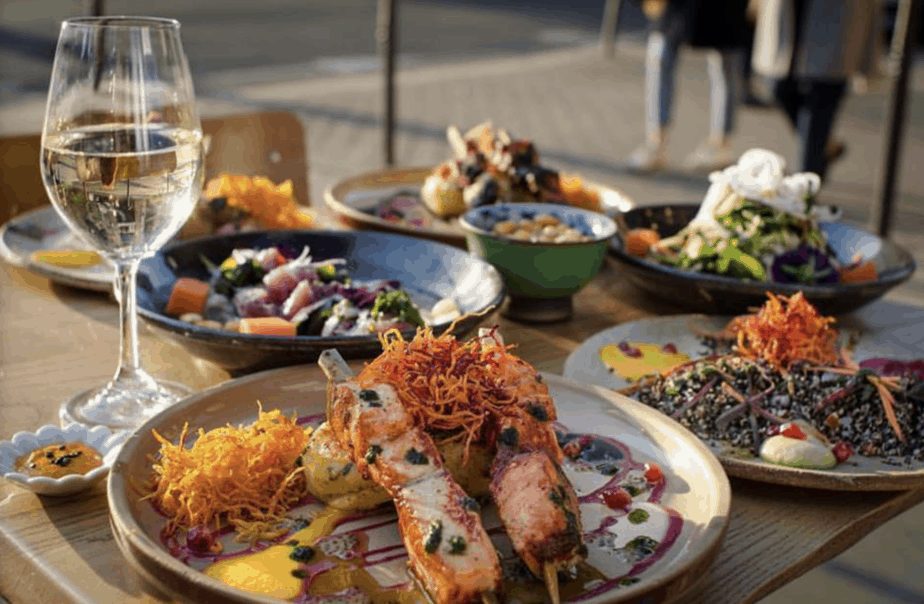 L’As du Fallafel is an institution to Paris, and part of the soul of le Marais. It became well known after Lenny Kravitz at here a few years ago and loved it so much he went on to personally endorse it.

This is, undoubtably, the best falafel in Paris. Enjoy it as a sandwich or on a plate, with all the toppings, dips and chili you can handle. 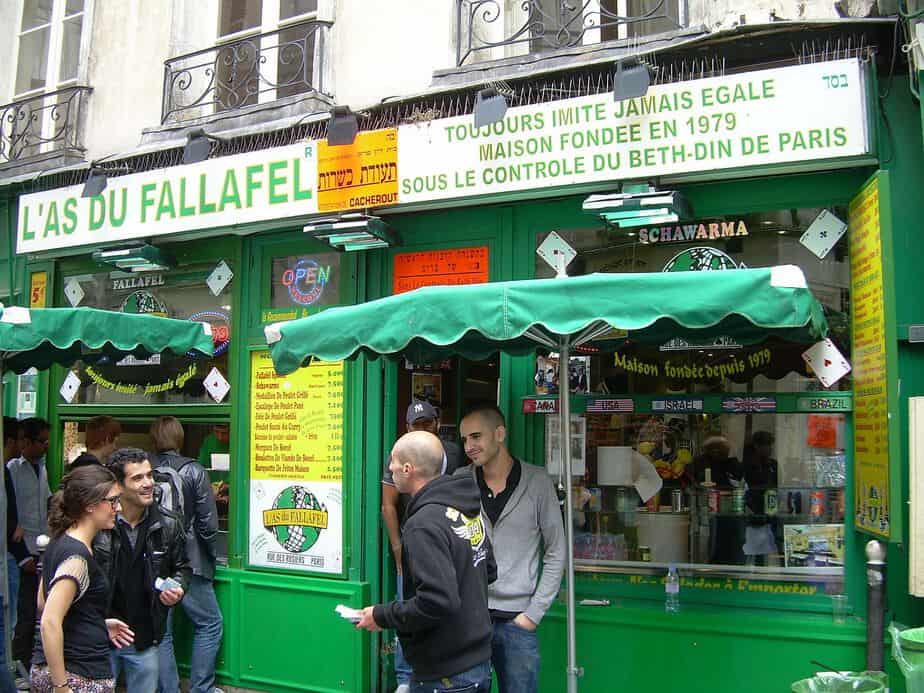 Cloud Cakes is a charming and very simple vegan eatery in the very center of le Marais. It’s a bakery and cafe hybrid, with a menu consisting of light meals like avocado toast, soup of the day and fruity pancakes.

From over the counter you can order any of the freshly baked treats on display; they often have vegan croissants on offer!

OPENING HOURS: Monday to Sunday — 9am to 7pm

Chilam Gastrobar is new to the Parisian Mexican food scene, but is fast becoming everyone’s favorite.

It’s wonderfully authentic, from the menu to the drinks. The tacos are prepared with homemade tortillas using imported masa harina from Mexico. You won’t find a hard shell taco anywhere in Chilam Gastrobar; this spot is traditional thorough and through.

You’ll need to book if you want to dine here on a weekend. 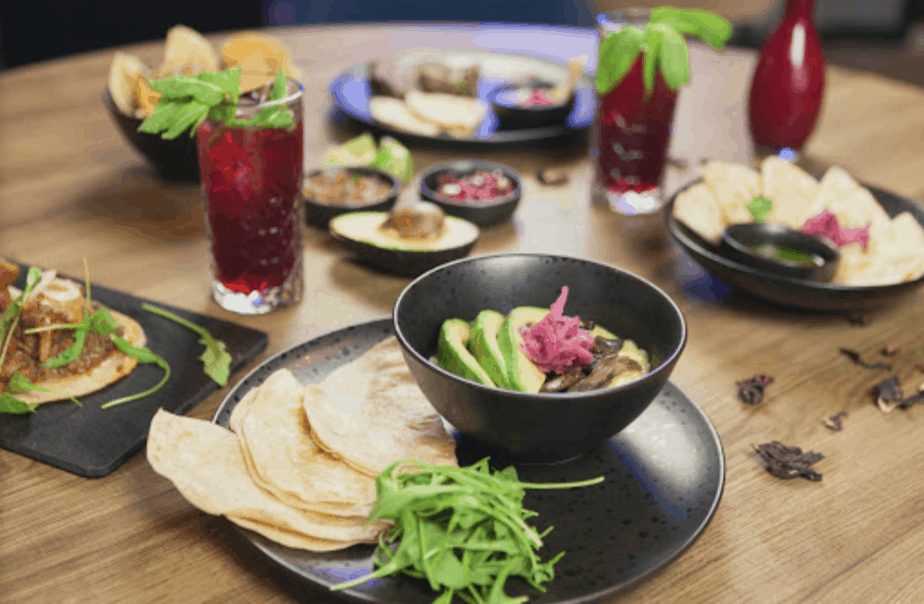 If you’ve walked the streets of le Marais before, you’ll know le Ju’ by the many colorful umbrellas that are suspended over the outdoor patio.

The open early, and close very late. By night this spot is actually rather rowdy, with drinks flowing strong and music up loud. But during brunch time all is calm and their menu is really quite nice. Pancakes, French toast, croissants with jam… all the classics. 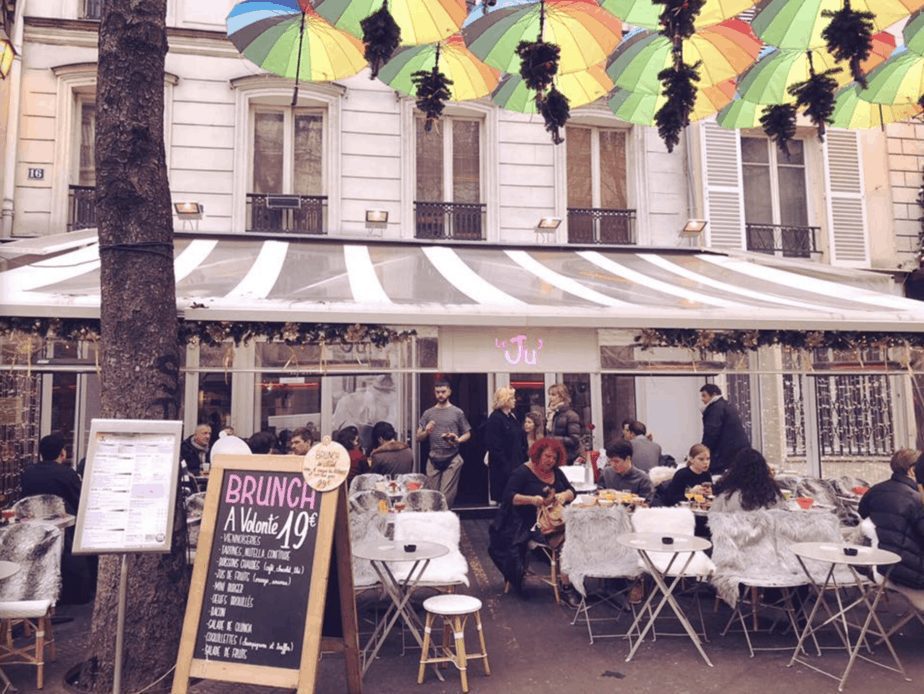 OPENING HOURS: Monday to Sunday — 7am to 2am

I wouldn’t dub LA FAVORITE the best Eggs Benedict in Paris, but they do come pretty close!

This ambient spot is a hit amongst both the locals and visitors to Paris. They’ll do your Eggs Benny with cured ham, bacon, salmon or spinach, depending on your personal preference.

Since it’s one of the most popular brunch spots in le Marais at the moment, come early to get a table without queueing. Before 11am would be most ideal.

OPENING HOURS: Monday to Sunday — 10am to 7pm

I love popping into Love Juice Bar whenever I pass by the rue Chapon. It’s a tiny, tiny cafe with seating space for probably six people at best. But service is quick and I’ve never had an issue with space or time.

The menu is very simple: you choose your flavor smoothie bowl and your toppings. They have acai as a flavor option and everything is made 100% with fruits, no added milks or unnecessary ingredients. 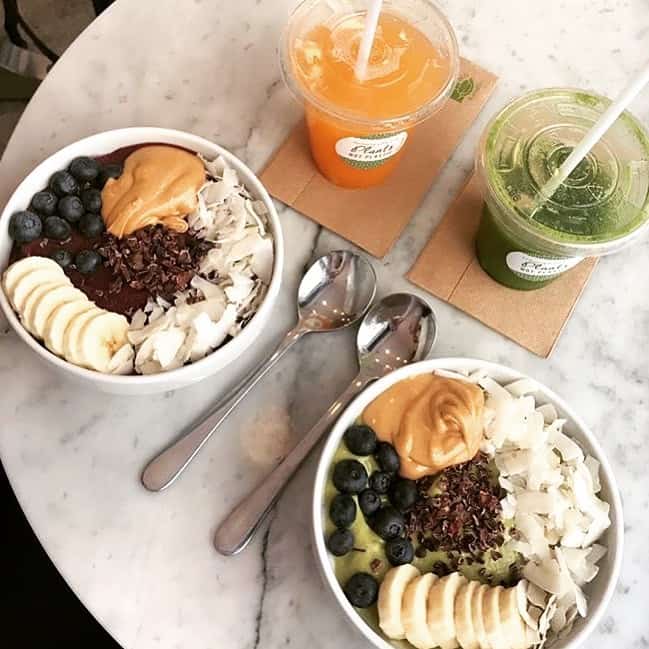 OPENING HOURS: Monday to Sunday — 9am to 5pm

The Breizh Cafe is a famous creperie also in the very center of le Marias.

People come from far and wide to eat these traditional French treats here. You can choose between both sweet and savory, with the savory menu changing throughout the day to suit brunch, lunch and dinner cuisines.

Don’t be surprised to find a queue out the door at even the most arbitrary of times during the day!

Keïli is new to the gluten free game in Paris but are doing great things. If you or someone you know is Celiacs then you’ll want to take note of this spot.

They have burgers, sandwiches, tacos and all the lunch foods you usually have to avoid because of the gluten threat. There are also great salads and take-away meals for anyone on the go.

At the moment they are not offering any service on weekends, but hopefully with enough support they will, in time, be able to do so. 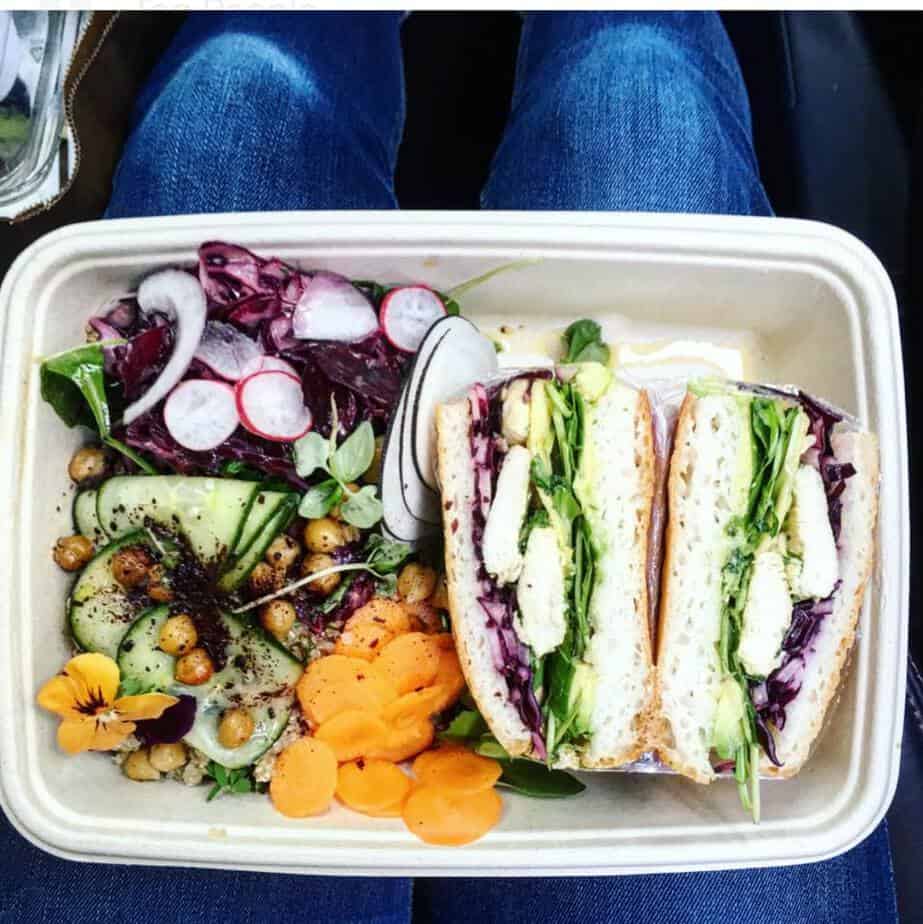 Keïli in le Marais – by Keïli – Sourced from their Facebook

OPENING HOURS: Monday to Friday — 12pm to 5am

In summation, le Marias is great for a lot of things: eating, shopping, entertainment. It’s also a wonderfully historic place for a free guided walking tour — consider booking yours before your visit.