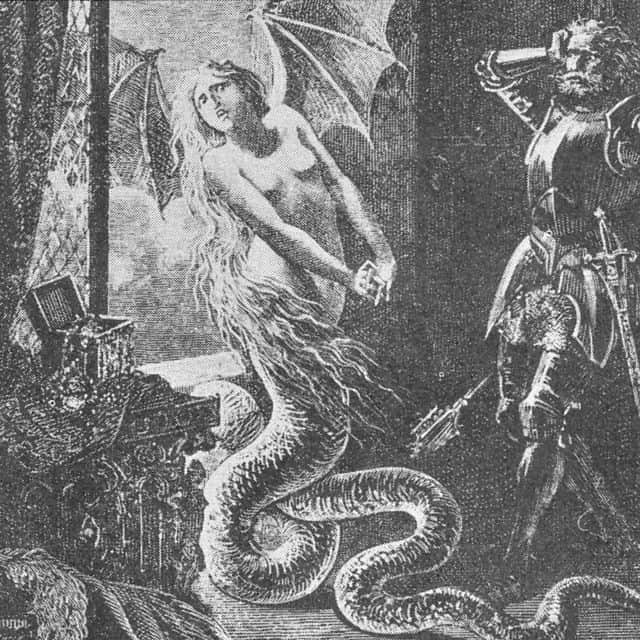 The Oxford Dictionary defines an urban legend as:

“A humorous or horrific story or piece of information circulated as though true, especially one purporting to involve someone vaguely related or known to the teller”.

It’s safe to say that Paris was built upon a myriad of legends, some humorous, some horrific, that are still doing the rounds to this day. Who doesn’t love a bit of mysticism to spice up mundane life? Here are 10 you’re likely to encounter while in the French capital!

1. The Court of Miracles

The Parisian slums were once home to a vast Medieval society in France, and the community was often referred to as La Cour des Miracles (The Court of Miracles).

The slums were always perceived to be a place of utter devastation and chaos, where prostitutes, criminals, homeless, sick and elderly people were cooped up together to live out the rest of their numbered days. 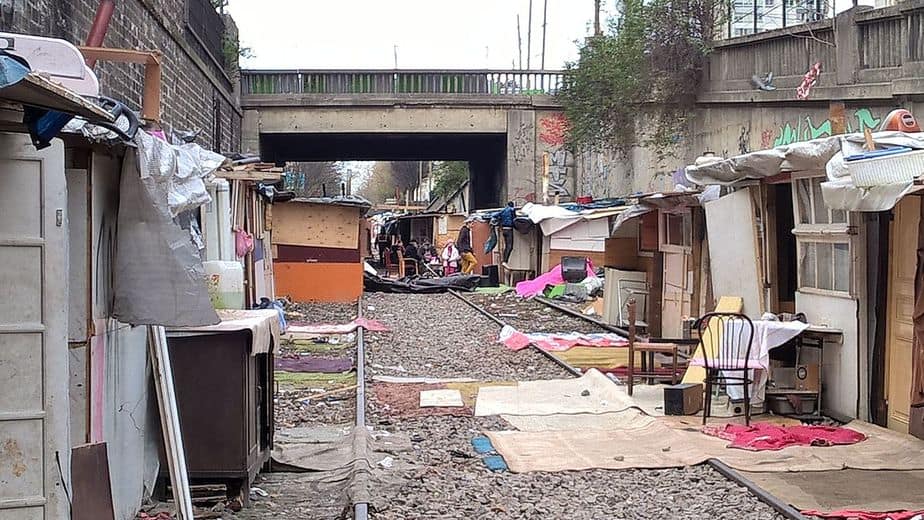 Legend has it, however, that once night fell every evening, the communities shed their personas. The elderly turned youthful, the sick became well, and the madness subsided, proving that the entire concept of The Court of Miracles was simply a pity ploy to get the wealthy to fork over their pennies by day.

2. The Phantom of the Opera

Where did this famous legend start? In 1873, a young pianist named Ernest was tragically disfigured during a fire in the Music Conservatory. He had a fiancee who was a balletrina, but she passed away due to the same fire. 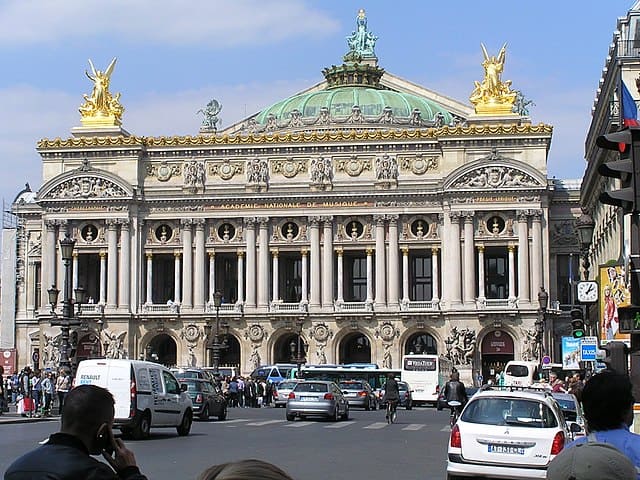 Ernest went to live the rest of his days in the Opera Garnier’s vault, believing his disfigured face was not worthy of the outside world. To this day, there is a lake tank underneath the Opera building, where Ernest is believed to have lived until his death. His body was never found.

The Catacombs is one of the creepiest places in all of Paris, and holds a number of urban legends as a result. The scariest one for me is that of the video camera that was found during the 1990s. 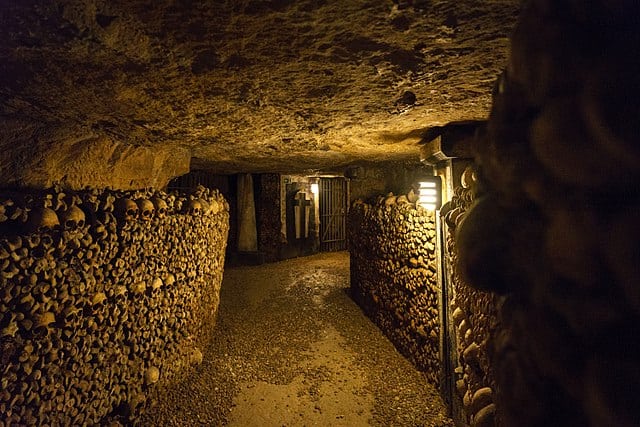 Suddenly, the camera is dropped and a series of strange sounds follow. And then the tape cuts. The man has never been identified, nor have any bodies been found since the tape’s discovery.

Top 10 Scary Facts About the Catacombs in Paris

The Ile de la Cite is the island upon which the Notre Dame is built. Back in the 15th century, a barber and a baker collaborated in a twisted business partnership.

The barber would slit the throats of his clients (mostly poor college students). He would then dismember the bodies and send them to the baker via a secret trapdoor.

The baker prepared the human meat into pies. Apparently these pies became one of Paris’ most sought after pâtisseries. It is said that the dog of one of the victims altered some neighbors to the activity, who then discovered the secret cellar and the horrors it held.

A talented blacksmith named Biscornet lived in 13th century France. He was commissioned to create the Notre Dame cathedral’s side doors.

Overwhelmed by the magnitude of the task, he asked the Devil to help him achieve this great feat. The Devil is said to have agreed, on condition he give up his soul at the end. Biscornet accepted and on the day of reveal, the doors exceeded everyones expectations. 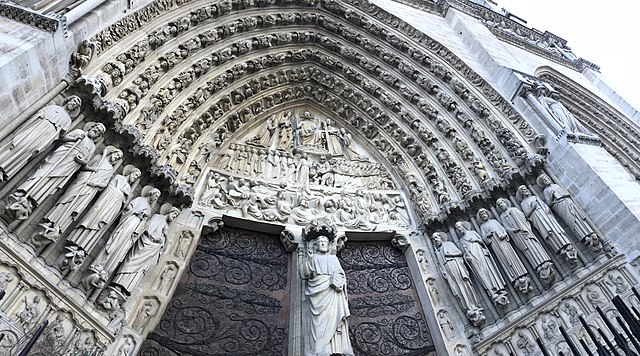 A happy accident was that the doors were not opened until holy water was sprinkled upon them, and this act unexpectedly saved Biscornet’s soul from the deal with the Devil!

The Best Way to Visit Notre Dame in Paris

6. The Phantom of the Tuileries

There is a legend that says a man named Jean can be spotted wandering through the Tuileries. He worked as a butcher during the reign of Catherine de Médicis, as was killed under her order as he was threatening to expose many secrets of the crown.

When he was killed, he promised he would haunt Catherine de Médicis until the end of her days, and his sightings since prove that he stayed true to his word.

Best Cafes near the Tuileries

7. The Poodle and the Microwave

A loopy old Parisian woman one day mixed a homemade perfume (intended for her dog) in her kitchen, using fruit peels and various spices in vodka, heated in her microwave. Her dogs name was Leon, and she called the perfume “Chien L. No. 5”. 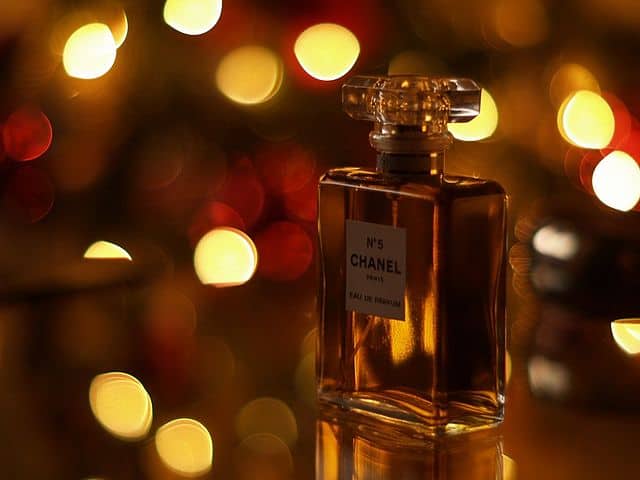 Other dog owners took interest, including Gabrielle “Coco” Chanel. She bought the rights to the formula, and launched it under her fashion label. The day the old lady received her payout for the rights (6 million Franc), she died due to spider bite from a black widow that was hiding in her dogs fur.

One day, a Parisian man drank himself silly and stumbled home, leaving his front door unlocked. He woke the following day naked in his bathtub, surrounded by ice.

Next to the tub was a cellphone and a not that said “Do not move and call an ambulance immediately!” There was also champagne and a health insurance reimbursement.

The ambulance confirmed one of his kidneys had been removed, and he was offered free hospital coverage and surgery as compensation. He was also put at the top of the donor list due to the unconventional circumstances.

Somehow, the man received a kidney match that same day. Suspicious, doctors confirmed that the donor kidney was, in fact, the kidney he had lost the night prior. He also received €30,000 compensation from the health reimbursement.

He later died slipping on a pile of dog poop, and his last words were “no one will ever believe this”.

In the 1920s, Victor Lustig (the Eiffel Tower’s creator), sold the tower to an insecure egotistical businessman named Andre Poisson, who was trying to make a name for himself as an aristocrat in France. 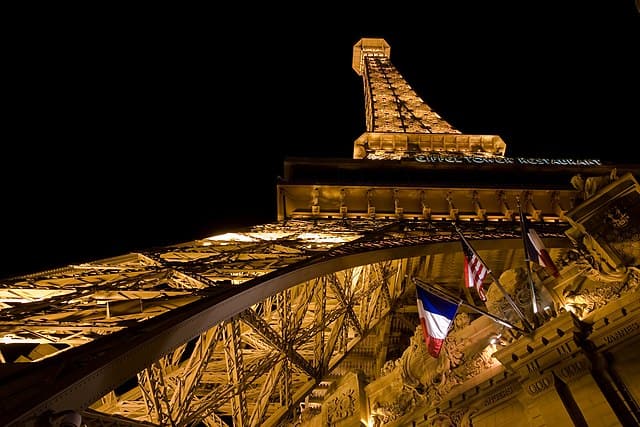 The transaction was actually a scam, and it was a success for Poisson who was in fact a con artist and fled the city as soon as the deal was done.

Best Restaurants near the Eiffel Tower

This is more of a humorous legend that Parisians tell to make a point about dinner etiquette!

A Parisian teenager who smoked a lot of marijuana was hired to babysit a 10 month old child. She was given careful instructions to put a beef roast in the oven, so that it would be ready when the parents got home.

When they returned, they found the child bathed, fed, and sound asleep. And the beef roast was perfectly cooked and ready on the dining table. When the wife entered the kitchen, however, she screamed and fainted! The husband then entered and collapsed to the ground.

The girl had put the cheese platter into the refrigerator, and the bottle of red wine. Dinner was ruined — a true Parisian horror story!