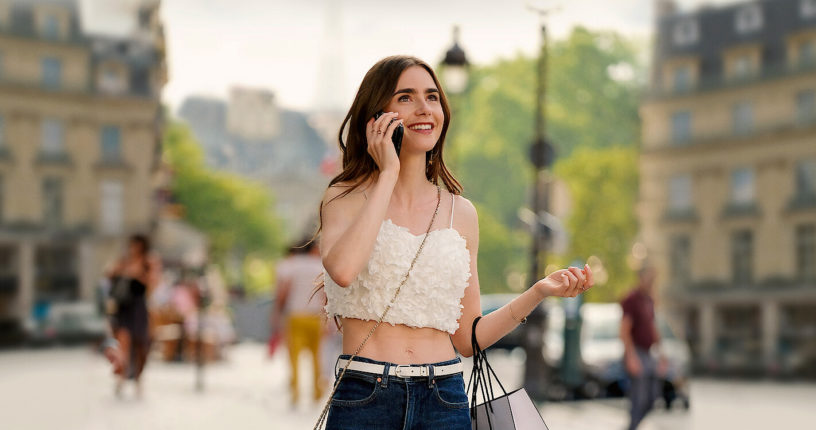 10 Fun Facts About Emily in Paris

There are a number of reasons why this show is worth watching if you have even the faintest affinity for Paris… here’s what you’re missing out on:

1. Watch it for the Sightseeing

While the plot and acting in general aren’t worth much of a second look, the visual feast that the viewer is taken on throughout the show makes it all worthwhile. Emily in Paris is set in and around the city center, and shot at all of the most notorious landmarks that Paris has to offer. 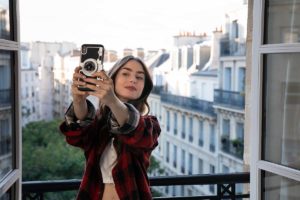 20 Great Things not to Miss When Visiting Paris

2. Watch it for the Fashion

The show’s wardrobe department have been given many nods of approval for the outstanding work that was done to make the entire character list a visual feast of their own.

From vintage Chanel to classic Dior, you’ll see it all as the cast struts around the fashion capital. The fashion references have been said to be reason enough to watch the entire series — so there you have it, folks.

Binge-worthiness and “quality tv” are not mutually exclusive. A show can be very much the one, but not at all the other.

Emily in Paris is possibly one of the most binge-worthy shows out at the moment; for some reason, you just can’t look away! It’s romantic comedy overload, meets feast for the eyes and annoyingly memorable plot hooks — you won’t be able to stop. 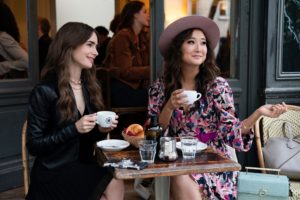 Many had a lot to say about the fact that Lily Collins took this role. Some remarked that it was beneath her, and made for typecast television that she would struggle to come back from. 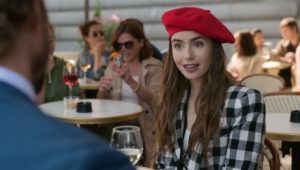 That said, there is something about this British-American actress that remains ever-captivating, no matter what it is she is doing on screen. She may not always be likable, but it actually works for the narrative of the show.

If Lily Collins isn’t your cup of tea, then the show is still worth checking out if you want to witness the on-camera musical stylings of brilliant actress Ashley Park, who plays Mindy Chen.

Better known for her live-theater roles on Broadway, Ashley is a Tony Award nominated performer and watching her is sheer delight. 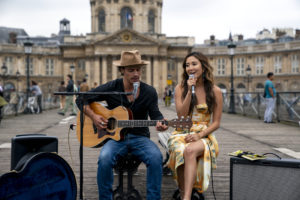 The show takes a strong start with Emily ditching her back-home boyfriend shortly after her Paris arrival. Being the hot, new foreigner in town, Emily soon has a line of potential suitors at her door.

Who will she choose? The choice lies between sexy chef Gabriel, or fashion house CEo Mathieu. While 99% of viewers are rooting for our boy Gabe, what would the show be without a good old fashioned love triangle? 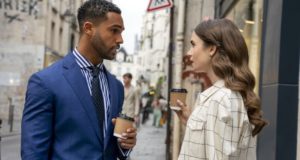 7. It Will Make You Nostalgic for a Place You’ve (Possibly) Never Been

Unless you have a heart of glass, Emily in Paris is going to make every single viewer nostalgic toward Paris, whether they’ve visited in the past of not. There is just something about way the city is positioned, shot and musically supported throughout the series, that makes one want to quit their job, hop on a plane, and start a new life in the city of love. 8. You Don’t Need to Pay Much Attention

This isn’t always a selling point for a worldwide series, but for Emily in Paris it’s actually a perk. I found you can leave this show on in the background while you’re working, exercising or even cooking dinner, and not much goes missed even without your full attention.

What I’m saying is, it’s great company when you just need that something something running in the background.

9. It’s Fun to Join in on the Fan Theories

Rest assured, the fan base for Emily in Paris went nuts at the shows initial release. Forums and chatrooms were buzzing with people around the world sharing their opinions, critique and expectations for the show and any future seasons.

It’s actually a lot of fun to read through, as those who are knee deep in this story conspire as to what is going to unfold in future episodes. 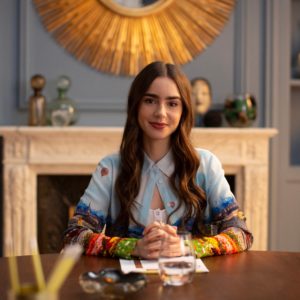 Emily in Paris was given the green light for seasons 3 and 4, and more thereafter are not off the table. It’s going to be a headliner on Netflix for at least the next 5 years, so there’s no harm in getting somewhat aquatinted while its around.

Rumors of an Emily in Paris feature-length film have been thrown around, too. While this is yet to be confirmed or denied, the all-star cast is very likely on board for whatever production has planned!