10 Places to Visit to Discover the Best of Paris Architecture 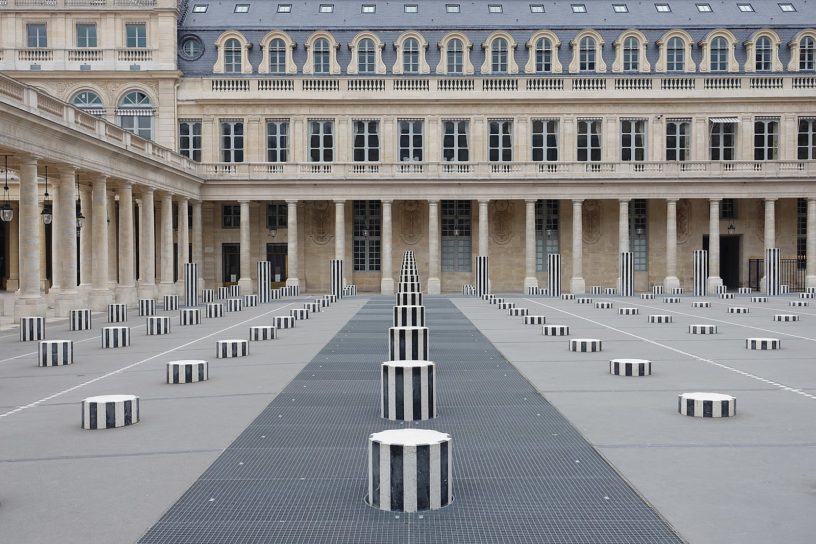 10 Places to Visit to Discover the Best of Paris Architecture

When one thinks of Paris, it’s not unlikely that classic Haussmann architecture is the first thing that comes to mind. The uniform stone buildings with their charming balconies has become the stock standard representation of this city scape, but the truth of the matter is that Paris has a lot more to offer.

Click here for a quick history on Parisian architecture!

Some of the finest architects in the world hail from the French capital. This city has become an artistic canvas upon which these creatives can express their deepest infrastructural desires. From brutalist buildings to post modern skyscrapers, Paris is a treat for anyone with a flair for architectural appreciation.

Here are the 10 spots you need to visit to discover the best of Paris’ architecture!

This is one of the newest buildings in terms of Paris’ architecture, but it’s quickly become one of the most renowned and well known.

The Pompidou Center is an architectural wonder, to say the least. It houses the Musée National d’Art Moderne, which happens to be the largest modern art museum in Europe. 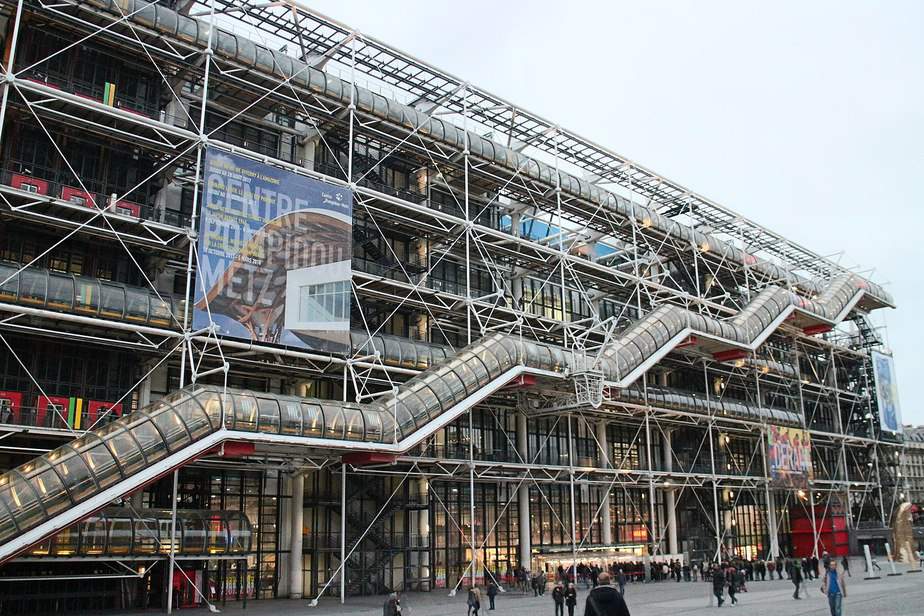 The building was designed to look “inside out”, with exposed scaffolding and tube-like walkways that resemble children’s building toys.

2. The Panthéon in Paris

If you don’t have time to visit Italy while in Europe, just head to Paris’ Pantheon where you can see some classic Italian architecture brought right here to the French capital.

This mausoleum was modeled after the Pantheon in Rome, and features some stunning renaissance building techniques.

The Panthéon in Paris – by Jean-Pierre Lavoie – Wikimedia Commons

Futuristic design takes shape here in the center of Paris’ Bois de Boulogne. The Louis Vuitton Foundation is housed in a ship-like structure, with 12 giant glass panels spanning every direction, like the opening of a lotus flower. 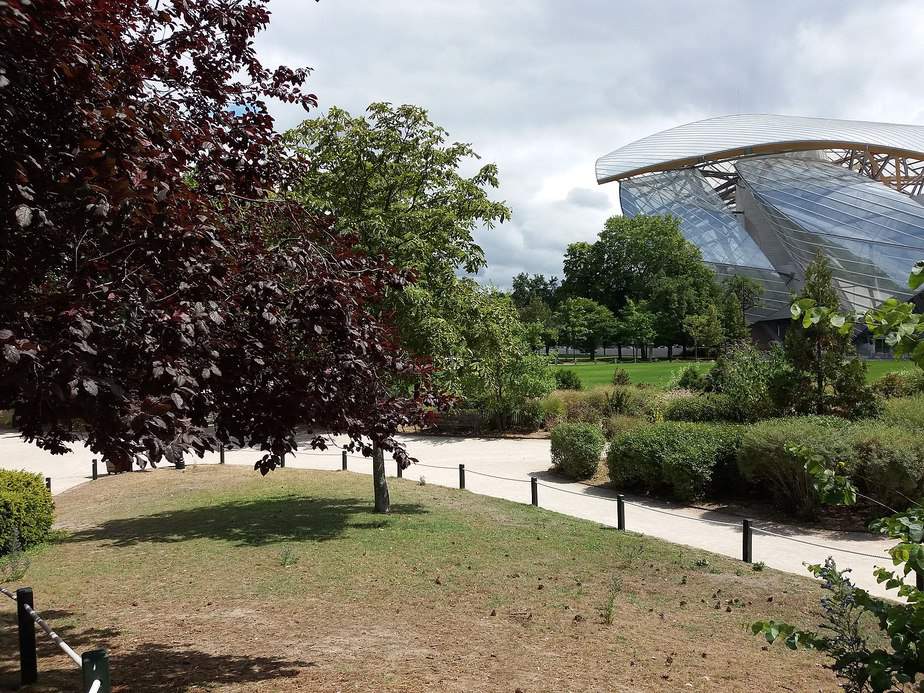 Needless to say, the light that filters through these walls is worth the visit alone.

4. The Louvre Pyramid in Paris

An obvious one, but an architects dream nonetheless. The giant glass Louvre Pyramid brings visitors from far and wide, just so they can say they’ve seen it in person.

It was created by Chinese-American architect Ieoh Ming Pei, and has become an icon of Paris that is globally recognized. It holds the same proportions as the Great Pyramid of Giza, and is made out of 673 glass panels. 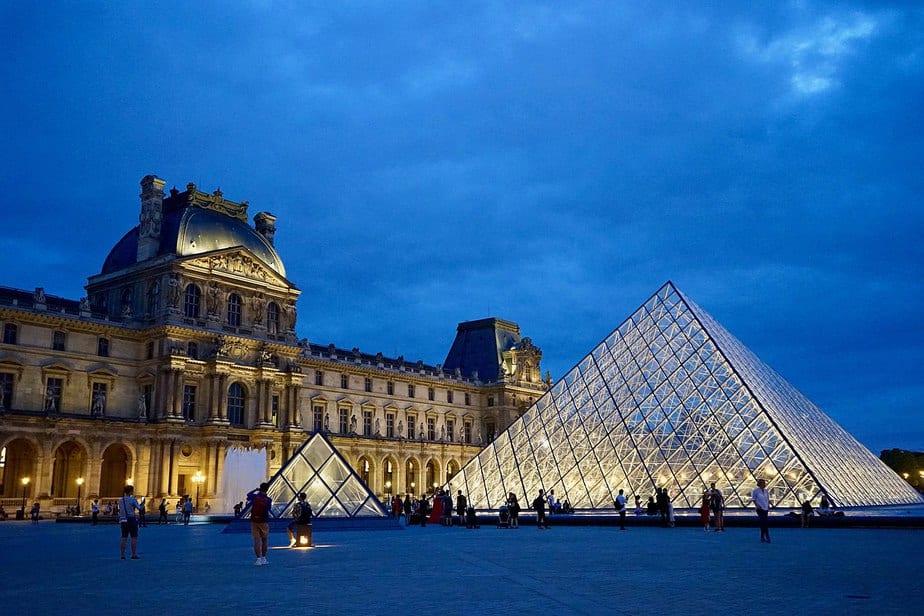 Visiting the Palais-Royal in person remains one of my fondest Parisian memories. This was the home of kings and queens all the way through until the 18th century, and today serves as the HQ for the French Ministry of Culture.

It’s the southern courtyard you want to find. Here, Daniel Buren’s 260 black-and-white striped columns stand tall, becoming the single most complimentary feature to have been added to this existing building. 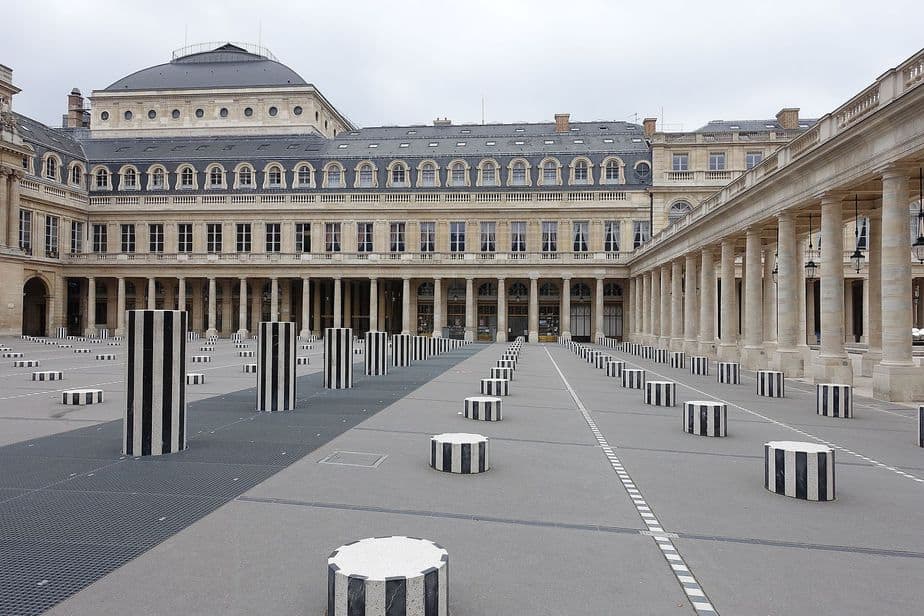 The original building of the Palais de Tokyo was constructed in 1937 as part of the International Exhibition of Arts and Technology. Thereafter, it was neglected, only to be totally revamped in 2001 by Lacaton & Vassal.

Today the building is a breathtaking example of contemporary and modern architecture coming together in the heart of Paris. 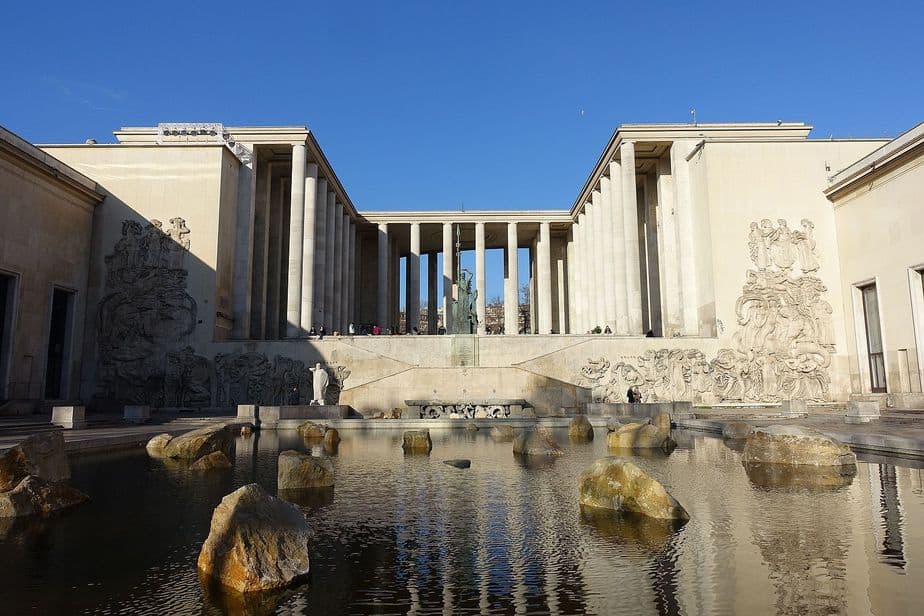 Click here for a look at the Palais de Tokyo

Visiting Versailles requires a day trip out of Paris, but it is well worth it if you want to bask in the most pristine classic French architecture on the continent.

Versailles was built under the Ancien Régime, as a symbol of wealth and power. The outside is as astounding as the interior, and one can truly get an all encompassing idea of how architecture was evolving at its time of construction. 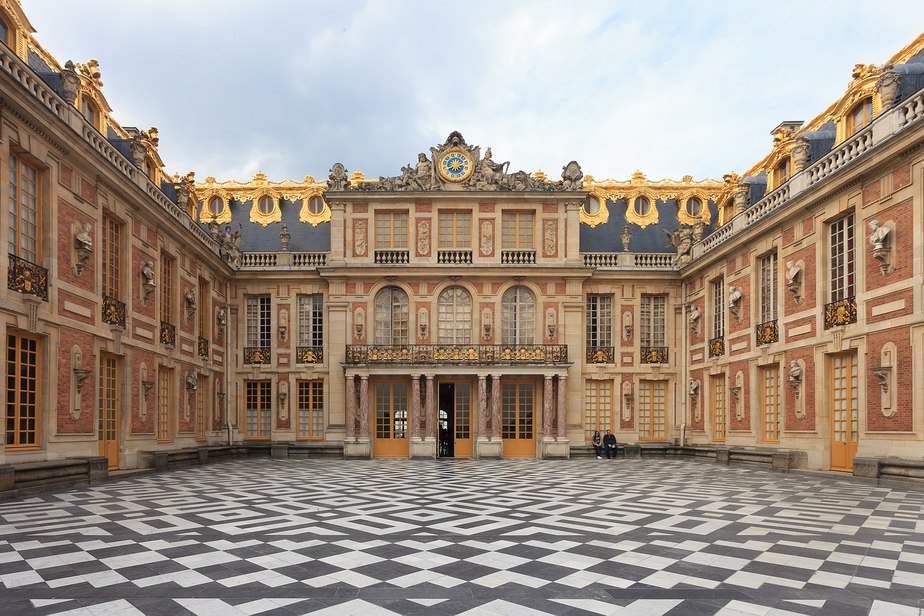 How to get from Paris to Versailles

This one is a no brainer. Yes, you can see the Eiffel Tower from just about everywhere in Paris, but getting up close and personal with the structure really gives one a chance to comprehend what an intricate piece of architecture the Iron Lady actually is.

Built in 1889, the tower was the tallest man made structure in the world for the following 40 odd years. The technical precision that went into crafting this monument is mind-blowing; take your time examining each and every balustrade. 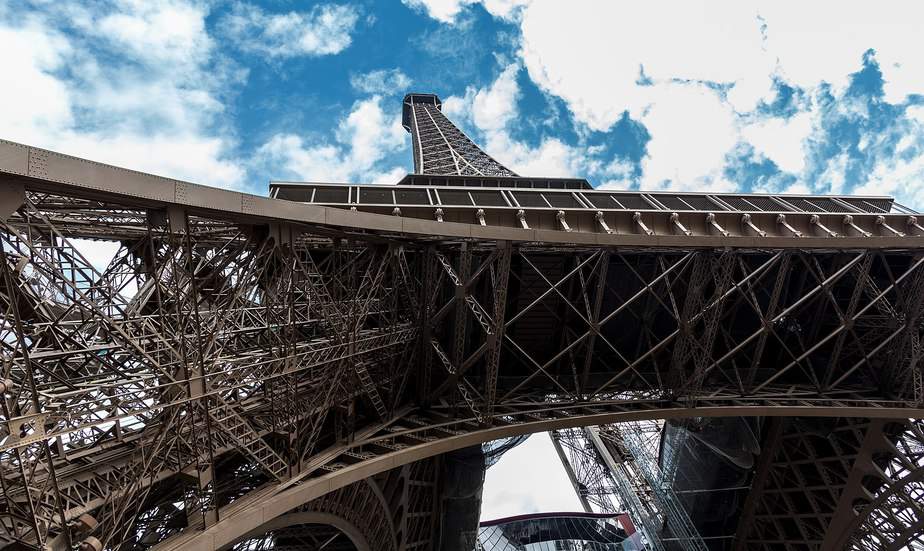 Palaces are abundant in Paris; an afternoon stroll around your Airbnb could have you passing by two or more of them unbeknownst to you.

This one sits in the beautiful Luxembourg Gardens; a spot you’ll have to visit at least once while in the city. The building is a 17th century Senate House, and a must-see for anyone with an eye for classic design.

Consider this spot slightly off the beaten track. To see the Savoye villa, you’ll need to get to Poissy in the far west of Paris.

Here, this pristine example of modern design was constructed by Le Corbusier (one of the most important architects of the 20th century) between 1928 and 1931. It is now a Unesco World Heritage Site, and is considered to be the gem of the west! 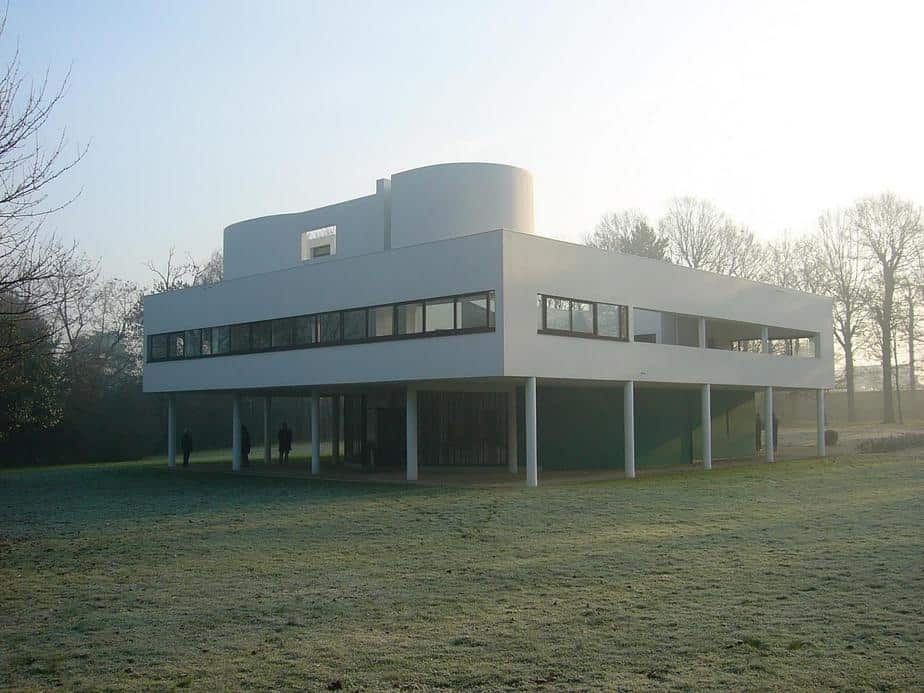