10 Most Non-Touristy Beautiful Places in Paris 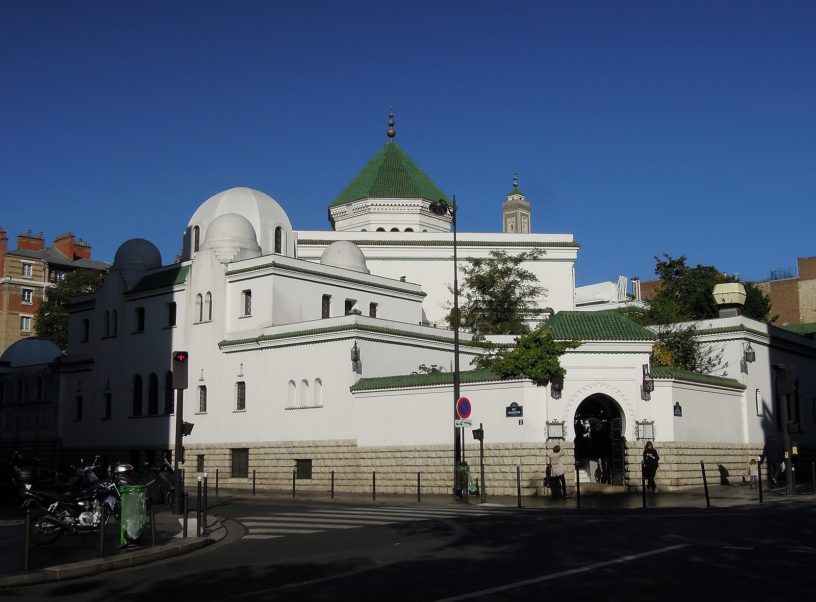 10 Most Non-Touristy Beautiful Places in Paris

Paris being the ladle of love and fun that it is, is undoubtably one of the world’s tourist hubs and a trap for enthused travelers from all corners of the world.

This can be tiring, especially if your idea of the perfect trip is doing what the locals do. You’ll want to sniff out all the non-touristy spots you can; spaces where you can mingle with the locals, practice your French and make-do when you’re the only foreigner in the entire place. Here are 10 spots where this is very much possible:

1. The Grand Mosque in Paris

Few people know about this gem of a landmark, located in the 5th arrondissement on the city’s left bank. This is one of the largest and oldest mosques in Europe, and is officially the oldest in Paris. 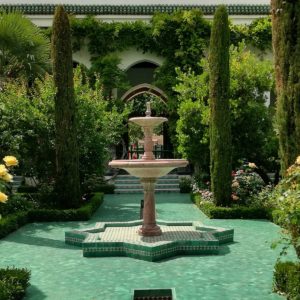 During the horrors of the Holocaust, the mosque served as a shelter to save Jews who needed help. Today, all are welcome to explore this gargantuan Moroccan-style mosque, right next to the Jardin des Plants.

A Day in Paris: Explore the Best Non-Touristy Neighborhoods

2. Hang Out in Belleville in Paris

If street life, art and youth culture are your vibe, then you’ll probably love spending time in Bellville; a suburb just to the east of Republique and Oberkampf. 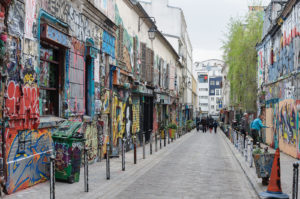 This is a vibrant part of time where locals congregate daily, enjoying drinks, food and entertainment throughout the district. Tourist culture has yet to rip through these streets, so everything is perfectly affordable and laid back.

3. Sunset on the Canal Saint Martin in Paris

Despite being so close to touristy suburbs like le Marais and Republique, the Canal Saint Martin remains a local watering hole where civilians gather in their droves on a nightly basis to watch the sun go down over Paree. 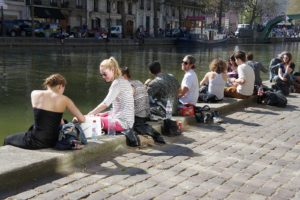 Grab drinks and snacks from the many nearby establishments, and find a spot somewhere on the water’s edge. Expect high energy, singing, and even the occasional dance competition.

Technically Chinatown isn’t all that Parisian, but it’s an integral part of this city’s cultural diversity and one of the most enjoyable places to visit if you’re looking for a conventional break.

Chinatown in Paris is the largest Asian-immigrant district in Europe, and it runs from Avenue de Choisy, between Place D’Italie and Port de Choisy. During the 70s, Chinese, Vietnamese, and Laotian communities immigrated here and made it home, and you can’t begin to imagine how phenomenal the gastronomic scene is like in this area as a result!

Top Activities and Things to Do in Paris’ Chinatown

While tourists go to the Boulogne or Vincenne’s parks, Parisian locals still over to the Parc des Buttes-Chaumont instead. It’s considered off-the-beaten-track, and is situated in the 19th arrondissement.

It’s an oasis in which locals gather to ride bikes, picnic, and stroll for hours. It’s near enough to the city for easy access, but also far enough that you feel like you’ve had a much needed break.

Another off-the-beaten-track activity that you’ll rarely find tourists flocking to do, is a visit to the Bibliothèque Sainte-Geneviève.

This famous library is so impeccable and awe striking, you’re guaranteed a double take upon first entry. Try not too look too out of place, however, this is a serious spot for Parisians and they prefer all who enter to adhere to a certain standard of moral conduct around these precious artifacts.

Despite their worldwide fame and reverence, Paris’ cemeteries are actually some of the least touristy spots in the city. This may have something to do with their sheer size, meaning that even if there are 300 other tourists there at the same time as you, you’re likely to only see two or three at any given moment. 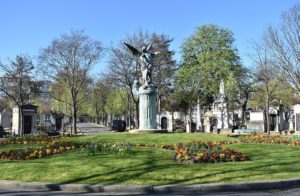 Browse through the thousands of tombs that make up this garden cemetery, and look out for some of the greats such as Oscar Wilde or Jim Morrison.

Nothing screams “I want to be a local” quite like shopping where the locals do. Parisians tend to split their grocery shopping between supermarkets and public markets, as the fresh product available at the latter is simply unmatched. 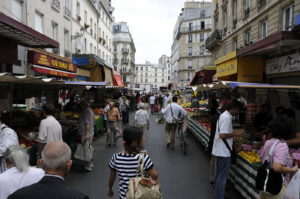 The Marché d’Aligre is one of the least touristy markets in Paris, and you can access it easily from the Lédru-Rollin metro stop. Find flowers, cheese, meats and even a pizzeria!

The Best Antique Markets in Paris

While the rest of the world gets in line to enter the Louvre or Orangerie, you instead head to Musée Carnavalet! This is a hidden Parisian gem, and not a lot of people know about it.

This exquisite building houses exhibitions that are dedicated to the history of Paris itself. It’s a remarkable experience in which you’ll learn a lot more than you bargained for. More than this, it is a visual delight and aesthetic dreamscape!

One attraction that brings people from all over the world is none other than Disney Land. Instead of following the crowd, look into a visit to Parc Astérix instead.

This park is centered around the French comic books The Adventures of Asterix, set in a Gallic village that was under Roman occupation around 50 BC.

The park is smaller than Disney Land, thus easier to navigate. Yes, there are less rides, but one was never going to be able to do all of the Disney rides in one day, anyway!

Top 10 Facts About Disneyland in Paris